"The restaurant industry is still going through exceptionally difficult times due to the pandemic, which has brought unprecedented challenges. However, chefs are demonstrating the courage and flexibility to continue serving their guests and maintain their high culinary standards. Our teams have been impressed by this deep commitment and the consistent quality standards that can be observed everywhere in Germany, from the city to the countryside. Above all, through our new selection, we would like to express our respect for these exemplary establishments, and appeal to the gourmet community to get back to restaurants as soon as this becomes possible. We are also pleased to observe, especially during this unusual time, a new form of commitment emerging among chefs in favor of more sustainable gastronomy. This new environment-friendly path is underlined by the MICHELIN Green Star distinction," says Gwendal Poullennec, International Director of the MICHELIN Guides.

This year’s Guide features the comeback of an “old acquaintance”

Among the ten restaurants awarded Three Michelin Stars : temporaire- Schwarzwaldstube in Baiersbronn. Dating back to 1789, the legendary Traube Tonbach hotel that housed the restaurant was completely destroyed in a tragic fire at the beginning of January 2020. But the Finkbeiner family, owners of the traditional eatery and hotel, refused to abandon their passion. Through strong dedication, they were able to create a new temporary home for the restaurant within a very short time. And here, Torsten Michel's kitchen team seamlessly continues to deliver internationally renowned top-quality dishes. Their excellent classic French cuisine focuses on superior products, wonderful contrasts and flavorful meals. The MICHELIN Guide inspectors enthusiastically confirmed the restaurant’s Three Star status. 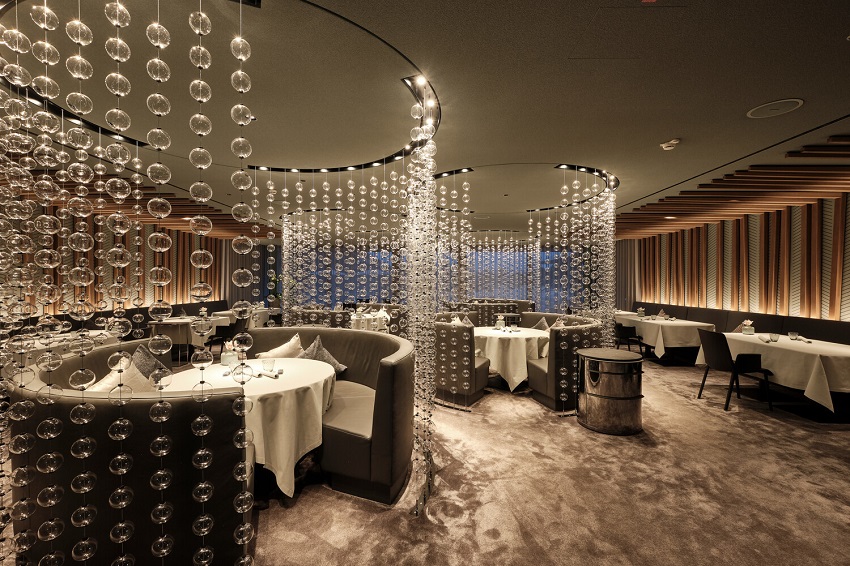 Three restaurants have joined the community of German Two Star restaurants in the 2021 selection, which now features a total of 41 addresses. Esplanade in Saarbrücken was able to increase its rating to Two MICHELIN Stars thanks to the Mediterranean-inspired classic cuisine of Silio Del Fabro.

Another newcomer among Two-Star establishments is Goldberg in Fellbach. Here, Philipp Kovacs’ team wowed the MICHELIN Guide inspectors with their "In the Here and Now" cuisine, which successfully combines regionality, seasonal references and modernity.

The third newcomer in the group is Ösch Noir in Donaueschingen, which was awarded its first star just last year. In the chicly designed gourmet restaurant of the luxurious hotel Der Öschberghof, chef Manuel Ulrich has demonstrated a clear improvement in his performance with modern classical cuisine.

Berlin continues to be the front-runner in terms of stellar gastronomy. With a total of 25 starred restaurants, the multifaceted and lively capital includes the highest number of newcomers in the MICHELIN Guide 2021, including one Three Star restaurant, five Two Star restaurants and 19 One Star restaurants. The high level of dining in the city is confirmed here by two new additions, Irma la Douce and faelt, among others.

Equally interesting is Aska in Regensburg. Located in the Goliathhaus, this restaurant received a Star for Atsushi Sugimoto’s authentic sushi cuisine. As the first sushi restaurant in Germany to hold a MICHELIN Star, it illustrates that the question of style is not a determining factor in awarding the distinction.

Dortmund deserves a special mention in this category, as this city has gained three new One MICHELIN Star restaurants. One of them went to der Schneider, where chef Phillip Schneider puts his "tailored food" to the test. Another MICHELIN Star was awarded to Iuma, where chef Pierre Beckerling creates an exciting fusion of Japanese and European-Mediterranean cuisine. No less worthwhile is a visit to Grammon's, where Dirk Grammon, known from the Villa Suplie in Werne, is on the road to success with classically-inspired cuisine full of finesse.

From Usedom to Berchtesgaden, 25 restaurants across the country can look forward to their first MICHELIN Star in this year's guide. This brings the number of One MICHELIN Star restaurants in the 2021 edition to 259. 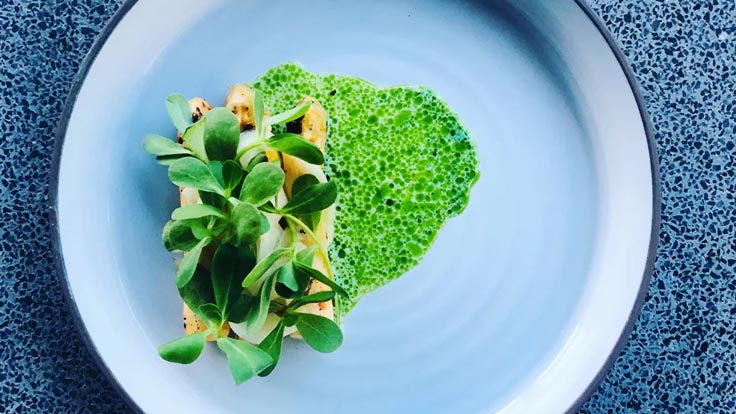 The Bib’ Gourmand distinction, recognizing restaurants that offer good cuisine at moderate prices, continues to draw many followers. This year, 17 new Bib’ Gourmand establishments have been added to the selection. This means that the MICHELIN Guide Germany 2021 features a total of 327 establishments with the best price-performance ratio, where you can get a complete three-course meal for a maximum of €39.

Introduced for the first time last year, the MICHELIN Green Star distinction continues to capture the attention of foodies and restaurateur communities, as it offers the opportunity to express commitment to sustainable working practices. Attesting to steadily growing awareness of environmental protection and resource conservation among German restaurateurs, 35 establishments have been newly awarded the MICHELIN Green Star in the 2021 selection. This distinction helps readers find restaurants that have adopted a sustainability-focused philosophy.

Numbering 53 in total, the restaurants selected by the MICHELIN Guide inspectors for a Green Star all pursue a sustainable vision of gastronomy through various exemplary initiatives and concrete measures. These initiatives can be very diverse, ranging from using regional produce or growing one’s own, to adopting organic-ecological ingredient production and respecting the seasonality of dishes, to responsibly managing waste or resources. The chef's ability to raise awareness of this approach among guests and the team is also one of many other factors. 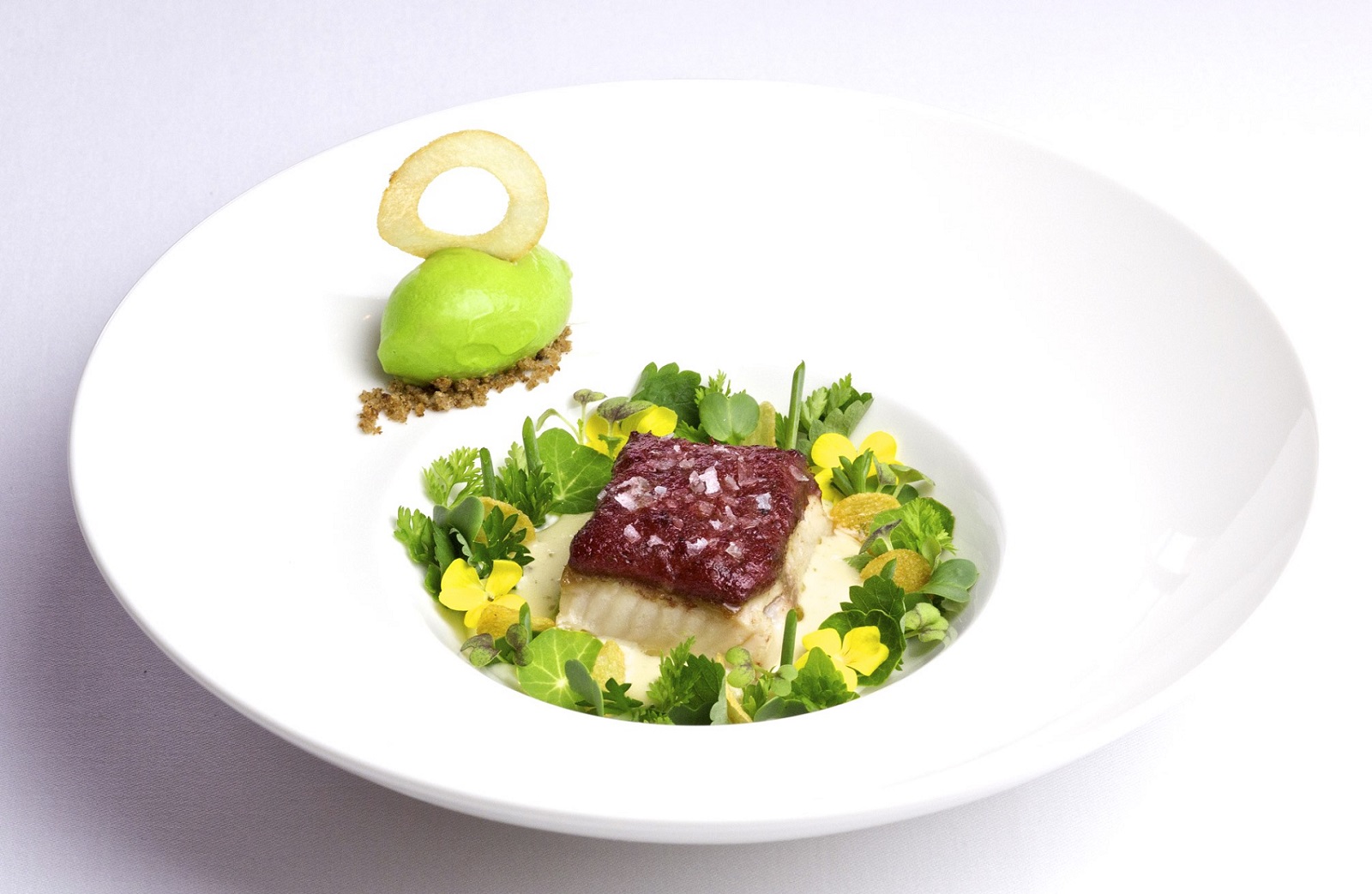 The MICHELIN Guide announces three winners for its special awards

Three restaurant professionals have picked up special awards for 2021. This year's Young Chef Award goes to Philipp Stein from the restaurant Stein's Traube in Mainz-Finthen. Within a very short space of time, the 31-year-old has managed to turn his parents' restaurant into a real gourmet address, which has been awarded a new star in the 2021 selection. The award is presented in cooperation with the MICHELIN Guide’s partner, Mercedes AMG, manufacturer of high-performance vehicles based in Affalterbach.

This year's winner of the Service Award is Heike Philipp from Philipp, a restaurant in the picturesque wine village of Sommerhausen. As a passionate hostess and first-class sommelier, she always serves her guests with heart and professionalism. The sponsor of this award is the Italian beverage producer San Pellegrino & Acqua Panna.

This year's Mentor Chef Award goes to Tyrolean-born Hans Haas, who not only strongly influenced the fortunes of Munich's Tantris for almost 30 years, but also contributed to the success of many of his former students. The prize is awarded by the Swiss watch manufacturer Blancpain.

The full updated selection is available on the MICHELIN Guide’s website, here, and App, available for free on iOS.

The MICHELIN Guide Germany 2021 at a glance:

*The restaurant Oxalis in Schluchsee was closed after the editorial deadline and will soon reopen under a new name. The restaurant appears in the print edition but is no longer listed on the website www.guide.michelin.com/de. It is also not included in the total number of One MICHELIN Star restaurants that are listed.