Decadent and buttery, we hardly need to explain how wonderful French food is. Luckily, Bangkok is not short on options of places where you can get your fix, whether that be a white table-clothed jewel-box or casual rooftop joint.

As if this restaurant needs any introduction, Le Normandie has been touted as one of the city’s best restaurants since opening in 1958. Set in a plush dining room in the Mandarin Oriental Bangkok that looks over the Chao Phraya, refined techniques turn superb ingredients into dishes that seriously impress (take the Krystal caviar with sea urchin and light potato foam and champagne sauce, for example). Sumptuous dinner and lunch menus are made up of eight satisfyingly decadent courses. And while plating is expectedly beautiful, it isn’t "how-do-I-eat-this" artsy. 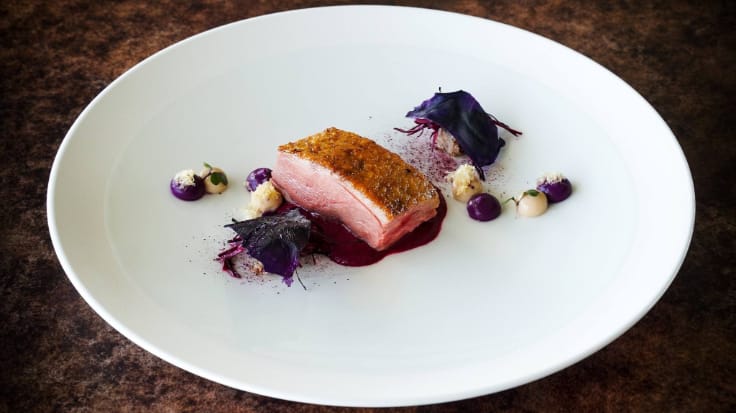 What do you get when you take the laser-sharp precision of a Japanese chef and merge it with French flavour and technique? The delicate dishes at this two MICHELIN-starred restaurant that sits pretty on the 65th-floor of lebua at State Tower. The stately crescent-shaped dining room offers 180-degree views of the city. The seven-course menu of bites like lobster tail poached in ginger butter and spruced with sea urchin and puréed carrot are enjoyed to the soundtrack of the restaurant’s quartet. But also expect a few nods towards the chef’s home country. The foie gras prepped as chawanmushi with duck consommé is the perfect bite of East-meets-West. 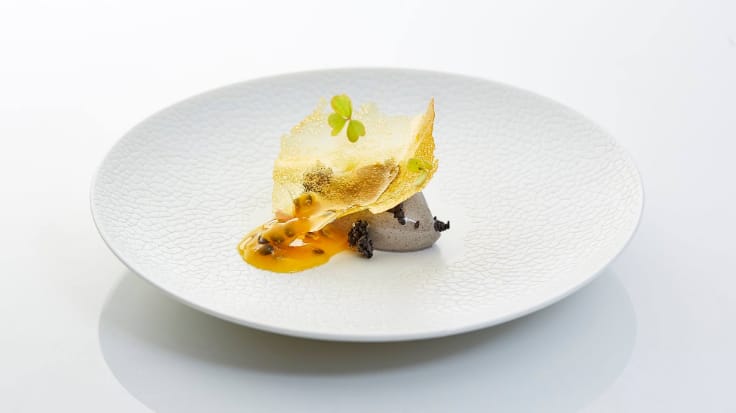 Dutch native Henk Savelberg has a way with French food. In fact, his skills have earned him a few MICHELIN accolades in his home country before he opened up Savelberg on Wireless Road. In a spacious, natural light-infused space, the chef serves up elegant French fare with a tinge of Dutch flair. Both à la carte and tasting menus include ingredients that are internationally sourced, like meat from Tasmania and fish from Holland. Plus, local ingredients make subtle appearances in dishes like the lobster which is served with pomelo, horseradish, dill, and a splendid yuzu dressing. 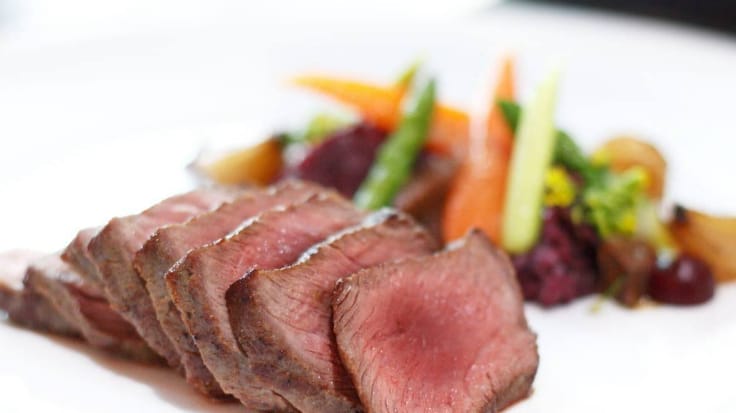 After helping his family’s restaurant in France earn three MICHELIN stars, chef Jean-Michel Lorain has brought his excellence to the dazzling dining room of the mansion-like hotel, U Sathorn, where his menus are a dedication to classic French fare. Dishes are reminiscent of those of his grandmother's, but with a creative twist like his root vegetable ravioli with herb oil and Arabica coffee sauce. Opt for the five- or eight-course tasting menu to get the full, opulent experience. 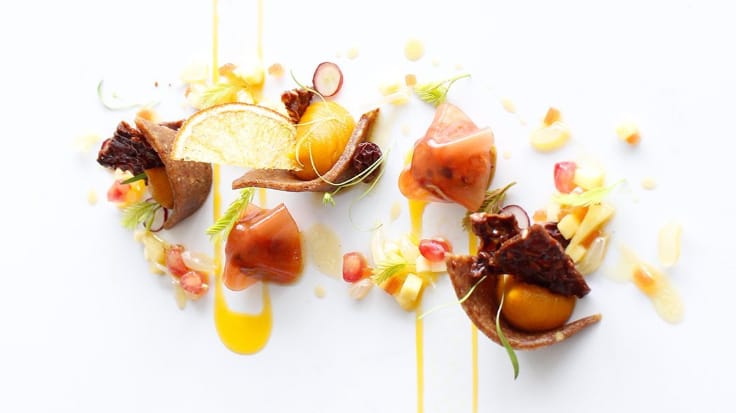 A seamless fusion of fine French cuisine and Japanese flavour, the Okura Prestige’s 25th-floor restaurant Elements is inspired by two MICHELIN-starred multi-cultural restaurant Ciel Bleu at Okura Amsterdam. The relaxed setting of the restaurant—complete with plush leather chairs, an open kitchen, and cool blue lighting—almost sits in contrast with the uber-refined, meticulously plated dishes being served. All ingredients are organic and local except for the seafood and Wagyu, which comes from Japan. 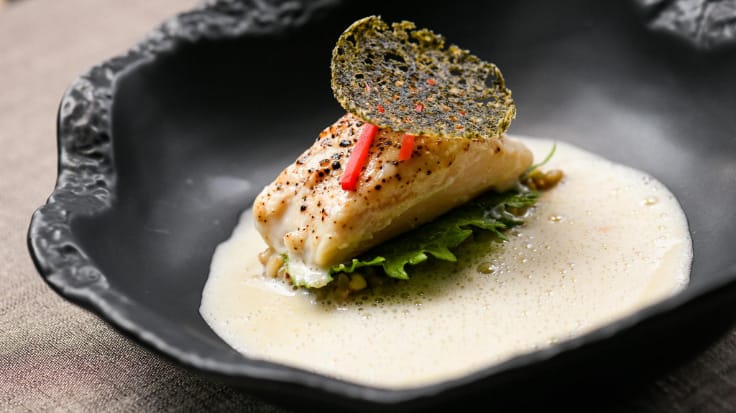 The modern cuisine creatively fuses the best of French and Japanese dishes. Photo courtesy of Elements.

A native to France’s southern island of Corsica, chef Philippe Peretti has been dishing out by-the-book French recipes in Bangkok since 1997. Everything about the restaurant is old school, but charmingly so. Trust us, dining room with wood paneled walls and draping curtains will feel like an appropriate place to go in on dishes like Burgundy snails, onion soup, or oyster blade Wagyu steak with red wine sauce. 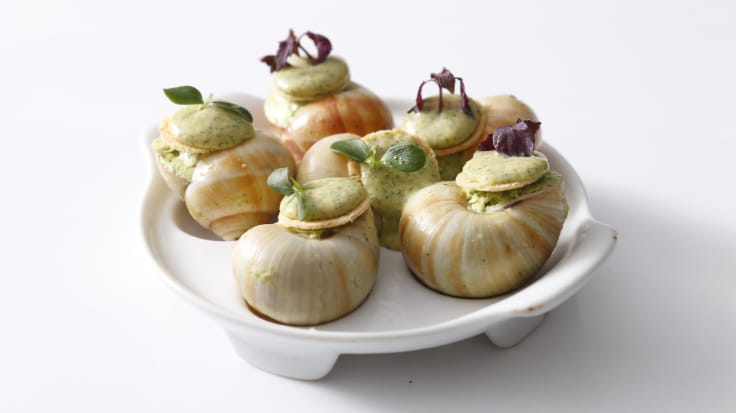 It’s all elegance at this cosy restaurant, which boasts banquette seating and rich, red velvet walls. Run by well-seasoned restaurateur Artur Kluczewski who can be found popping by tables helping whittle down menu choices and making sure all is in place, the Ton Son alley restaurant uses ingredients that are imported from France or sourced from the Royal Project.
They serve French classics like lobster bisque and pan-seared foie gras terrine, but you’re going to want to order a steak, which can come in the form an Australian Kobe, American Angus, or côte de boeuf. 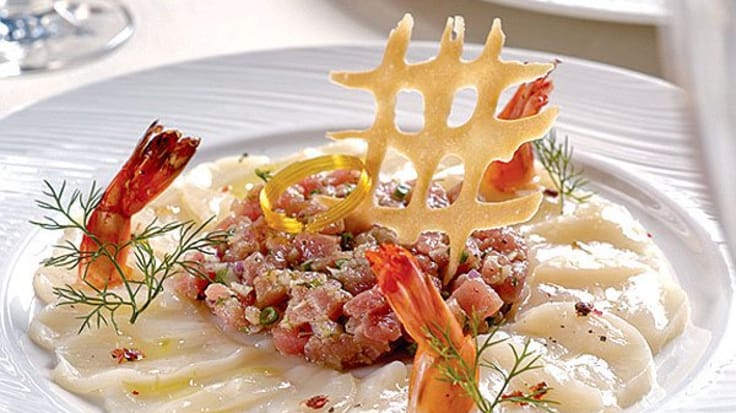 As the protégée of Henk Savelberg, Chef de Cuisine Roxanne Lange has developed a way with French cooking that is hard not to love. Reflexions, set in Ploenchit’s Athénée Hotel, chef Roxanne’s creations exhibit skill, refinement and detailed, while still boasting serious flavor. Included in her arsenal of fine ingredients are local produce like chillies or kaffir lime, a delicious nod to Thailand.

Note: the restaurant is currently closed for renovations until August 2019. 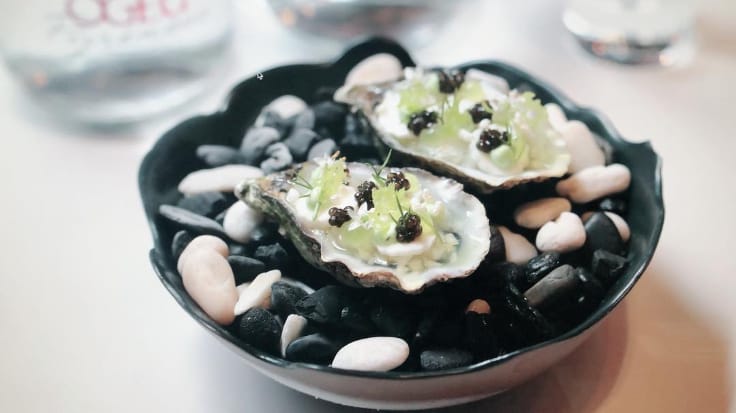 Approachable and stylish, Scarlett is the perfect place to fill up on tasty dishes (and wine!!) before a night out. The crave-worthy plates here are good enough to distract you from the restaurant’s sweeping city views, and that’s saying a lot given its peeking position over the Chao Phraya river and buzzing Silom Road. The lively open kitchen churns out everything from peppery bone marrow with shallots to tasty bites of escargot to slow-cooked lamb shank. Plus, there is a pretty impressive dessert menu which boasts a Grand Marnier soufflé and a pretty mille-feuille with vanilla cream. 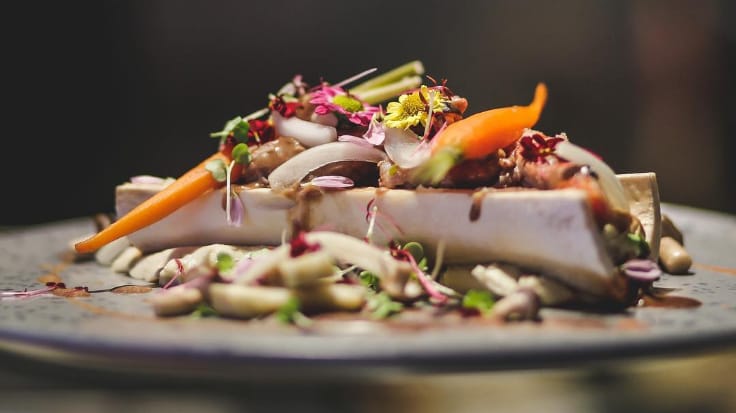 The bone marrow at Scarlett is a fan favourite. Photo courtesy of Scarlett.

Widely approved by Bangkok’s French community (the evidence is in a large number of French-speaking diners in the restaurant), Indigo nails no-nonsense French cuisine. Forget bite-sized portions of meat and delicate plating, the homestyle fare here is unbashfully hearty serving classics like tartar steak with fries, cheese soufflé, and slabs of duck liver tartine, all of which seem fit to come straight out of grandma's kitchen.

Singapore Michelin Star Lunch
All articles of Dining Out