There is perhaps no food product more central to the human experience than bread. While it has not been the staple starch of all of humanity -- for example, rice is far more common in most of East Asia, and the indigenous peoples of the Americas largely rely on corn and potato cultivation -- bread is distinguished by its impressive geographic spread, in the forms of North China’s mantou, India’s naan, the Middle East’s pita, Eastern Europe’s rye breads, France’s baguettes, and thousands of other variants. 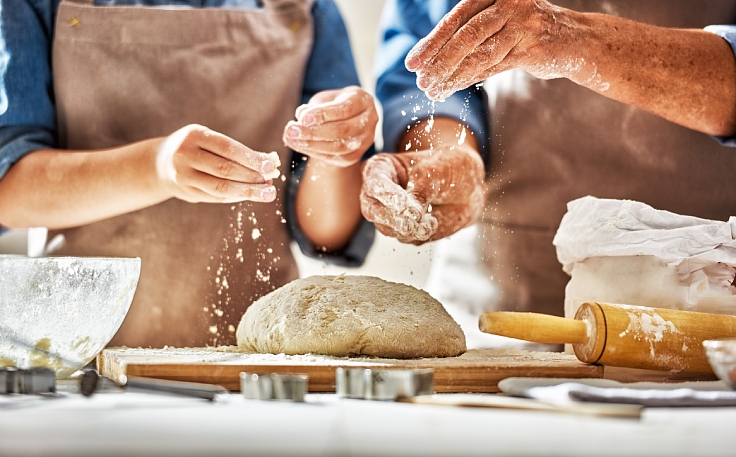 "Bread" is ingrained in so many cultures that the word is linked with food of any kind or with income, and "lord", "lady", and "company" are just three English words that have their origins in describing the sharing of bread according to Harold McGee in On Food and Cooking. The Ancient Romans famously said that to control a populace, leaders needed to provide panis et circenses, "bread and circuses", cheap food and cheap entertainment. Marie Antoinette may have never said "let them eat cake" when hearing about a bread shortage among the French peasantry, but riots over flour pricing were indeed a major prelude to the French Revolution. And over a century later, Vladimir Lenin demanded "bread and peace", and that rallying cry became a major slogan of the Russian Revolution.

Now bread has risen to a pride of place where most Western-style fine-dining restaurants include bread service. A history of bread could fill (and has filled) thousands of pages, so it is probably best to focus on the basics of what bread is, before discussing its role in the world of contemporary dining.

RELEVANT: The Old Guard And The Revolutionaries: The Two Sides Of French Cuisine In Thailand
Advertisement
Advertisement 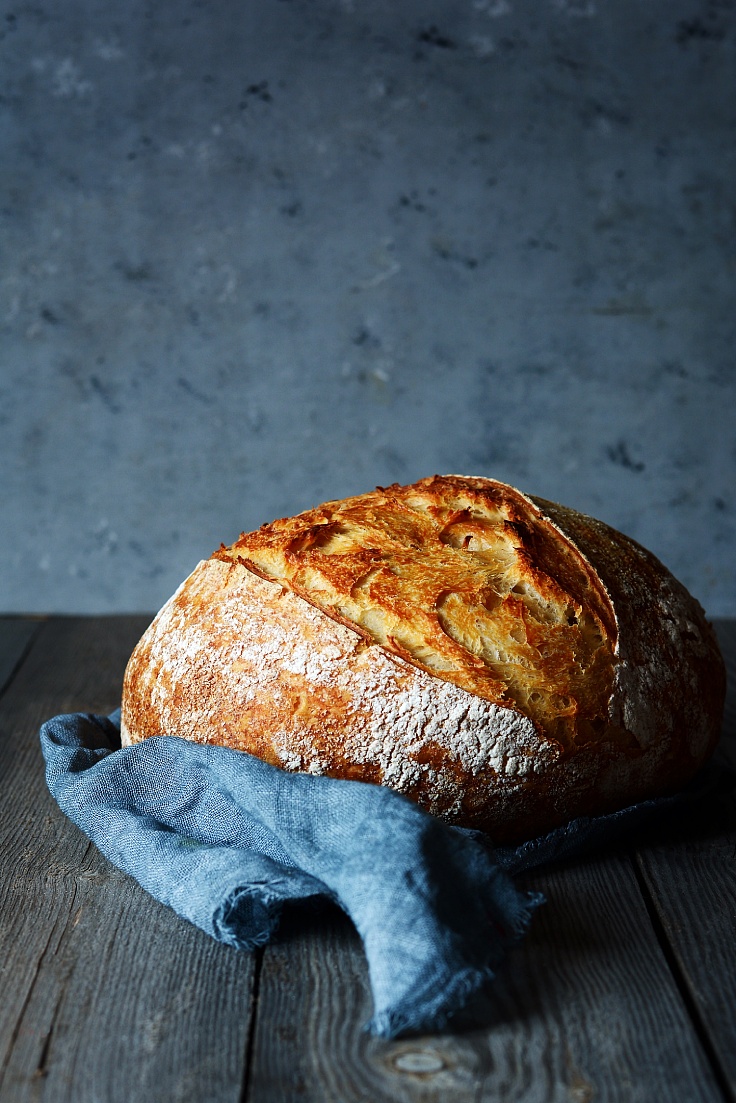 While breads can be made from all manner of grains, wheat is far and away the most common and has been for some time. Wheat, the general term for grasses of the genus Triticum, first showed up in the ancient Middle East in wild species like emmer and einkorn (today, both are cultivated on a limited scale, with emmer probably best known as the star ingredient of Italian farro salad). Common wheat, Triticum aestivum, in all likelihood emerged around 6,000 years ago and was probably bred from other wheat species. Today, it makes up 95% of wheat cultivation, with most of the remainder being Triticum durum, which is commonly used in pasta.

So why wheat? Wheat offers a few key advantages. It is highly transportable, can grow in a wide variety of climates, and is lighter in colour and texture than many other grains. But perhaps the most important reason stems from a magical molecule: gluten.

Gluten forms when glutenin and gliadin, wheat-based bread’s two primary proteins, come into contact with water. When the baker adds water to flour, the two can become linked together (a process facilitated by kneading), forming a complex, interlinked network of proteins. This network in turn forms an elastic, easily shaped dough that becomes an ideal medium for the air pockets created by another major component, a peculiar little fungus called yeast.

While many traditional flatbreads don't use any leaveners, and some such as cornbread, banana bread, and Irish soda bread use baking soda instead, yeasts help produce the textures and flavours of many varieties of bread. Breads using commercial yeast, Saccharomyces cerevisiae, typically have a simpler, more "classic" bread flavour, while sourdough breads rely on harvesting a natural yeast from the atmosphere using a "starter", a fermenting blob of flour, water, and occasionally other ingredients. They have more nutty, tart, and cheesy flavours, resulting from the starter’s different yeast species and various acetic-acid and lactic-acid bacteria that take part in the fermentation process. These organisms all work in tandem with the wheat, creating a variety of textures, from airy to dense, from crumbly to moist, and contributing a variety of flavours.

So that is a rough overview of the science. But what of the art? 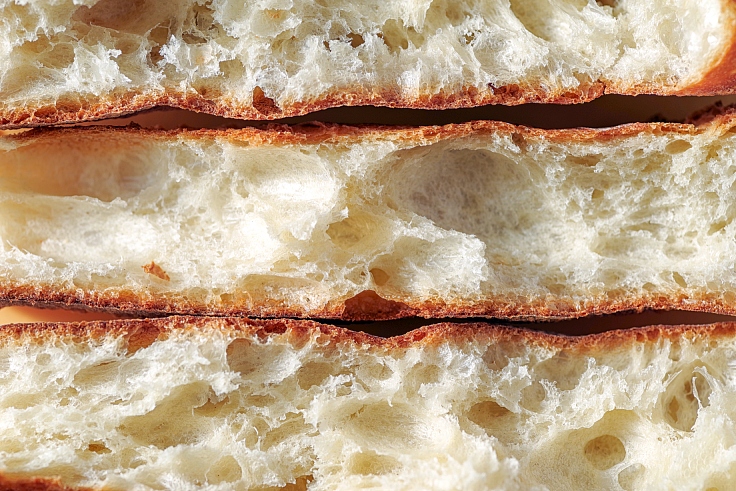 It is perhaps in France that the world of bread is most codified. To say that bread is central to French cuisine is an understatement -- after all, it was part of their revolution, and until recently, bakers were not even allowed to shut their bakeries without government permission. Like other hallowed national gastronomic treasures such as Neapolitan pizza, Bavarian beer, and Kentucky bourbon, strict rules, regulated by French law, dictate what makes a traditional baguette, with explicit percentages of water, flour, salt, yeast, and precious few permitted additives.

At Blue by Alain Ducasse, the French grandmaster's first restaurant in Thailand and a One MICHELIN Star recipient, bread is a major component of the meal.

Enter Max Boonthanakit, their Thai-American pastry chef who came to Bangkok from Los Angeles as part of Blue's opening team in late 2019. After a meteoric rise as one of L.A.'s premier young pastry chefs, he found himself suddenly in charge of bread at a new venue, and expectations were high. So where did he turn for an education? 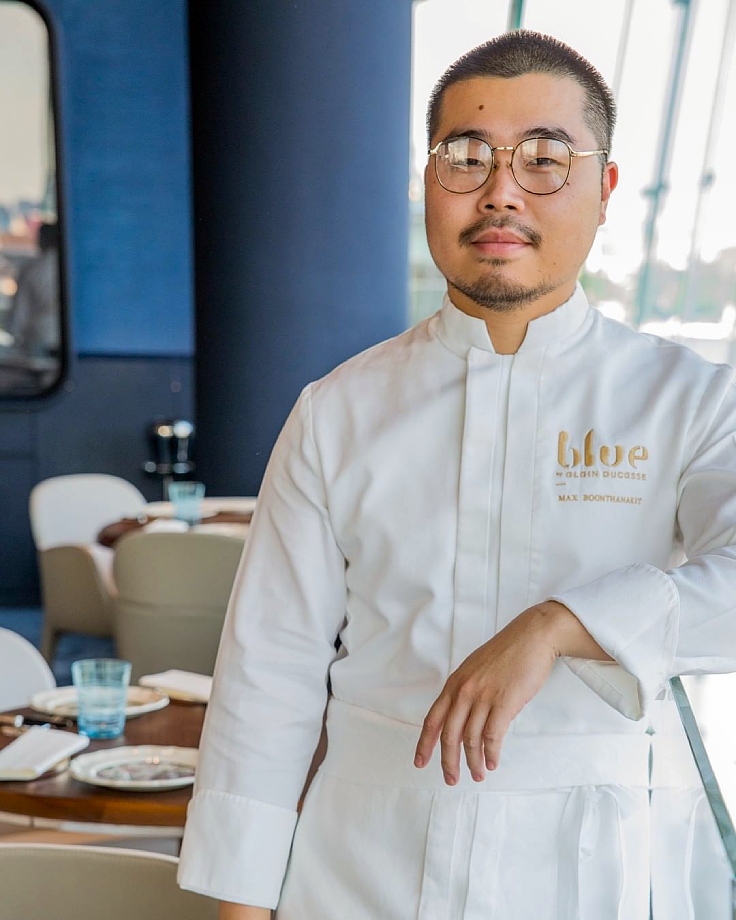 "YouTube," he says matter-of-factly. That's not 100% true, of course, as his interest in bread began after a visit to San Francisco's famed Tartine Bakery and having worked with high-caliber chefs on both sides of the Pacific. His answer speaks more to his character than to his career.

When asked about what inspires him, like so many bakers, he evokes simplicity. "I don't like weird flavours. I'm OK with experimenting, but I'm not going to put jackfruit in it," he says about his bread. This is borne out in his loaves. The bread service at Blue currently comprises a sourdough, a brioche, a seeded baguette, and Scottish rolls, all of which evoke classic flavours and demonstrate craft and skill, providing a backbone to the meal.

When asked what he likes in a good piece of bread, he says, "I just want a nice piece of toast with some good butter, like a nice sourdough." He smirks. "Crunch is my favourite flavour."

This sentiment reflects so much of what bread is in fine dining. In a menu full of unexpected presentations and bold flavours, the bread contains the nostalgia factor. If a full set menu is being called a "journey", as so many seem to be nowadays, a good basket of bread is home.

Of course, on a French table, there is no bread without butter, and at Chef's Table, one of the Two MICHELIN Starred venues at Lebua at State Tower, high above Bangkok's Bang Rak District, Pastry Chef Guillaume Tournemolle has taken the radical step of making butter in-house. 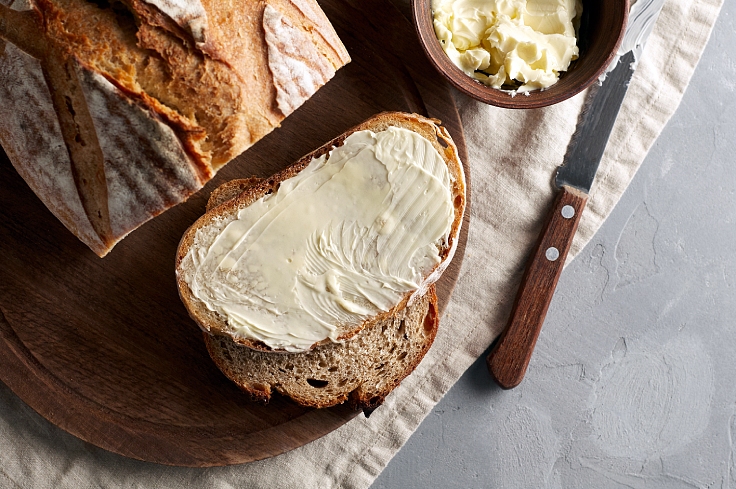 The bread service at Chef's Table consists of a simple but refined basket with two types of bread, a sourdough baguette, using a slow, three-day fermentation, and a softer, more brioche-like bread, which Chef Tournemolle admits is more popular with Thai guests. To pair with these, they produce a butter made from quality local ingredients.

"We make our own butter every day. We visited many farms in Thailand, trying to find organic milk. Now we use this milk from Khao Yai for a recipe from Chef Vincent [Thierry], his mother's recipe."

The result is a fresh, salted butter that complements their bread offerings, along with plenty of leftovers for clever salted-butter desserts and fresh buttermilk as a byproduct.

Elsewhere, low-carb and gluten-free diets may have seemed to sideline bread as an integral part of many meals. But wherever there are lovers of crunch and quality butter, wherever true French fine-dining reigns, such as at Blue by Alain Ducasse or Chef's Table, and wherever people are making their own sourdough starters during the pandemic and sharing the results on social media, bread rises supreme.

What Is A MICHELIN Green Star And How Do You Earn One?

Get to know the sustainability award for restaurants.