It's no secret how the French feel about their food. While every country feels pride and affection for their national dishes, especially those cooked by their mothers and grandmothers, France, more than most, has elevated the culinary arts to a point of national pride. French cuisine has been a catalyst for diplomacy and soft power ever since Napoleon's appointment of Marie-Antoine Carême to wow the kings of Europe with his bold innovations. To this day, the French government bestows its greatest culinary craftsmen with the title of Meilleur Ouvrier de France.

But what is French cuisine now? To mark this Bastille Day, let us look at two French restaurants in Bangkok that couldn't be more different – one dedicated to classic recipes, and one expanding the definition of French cuisine. 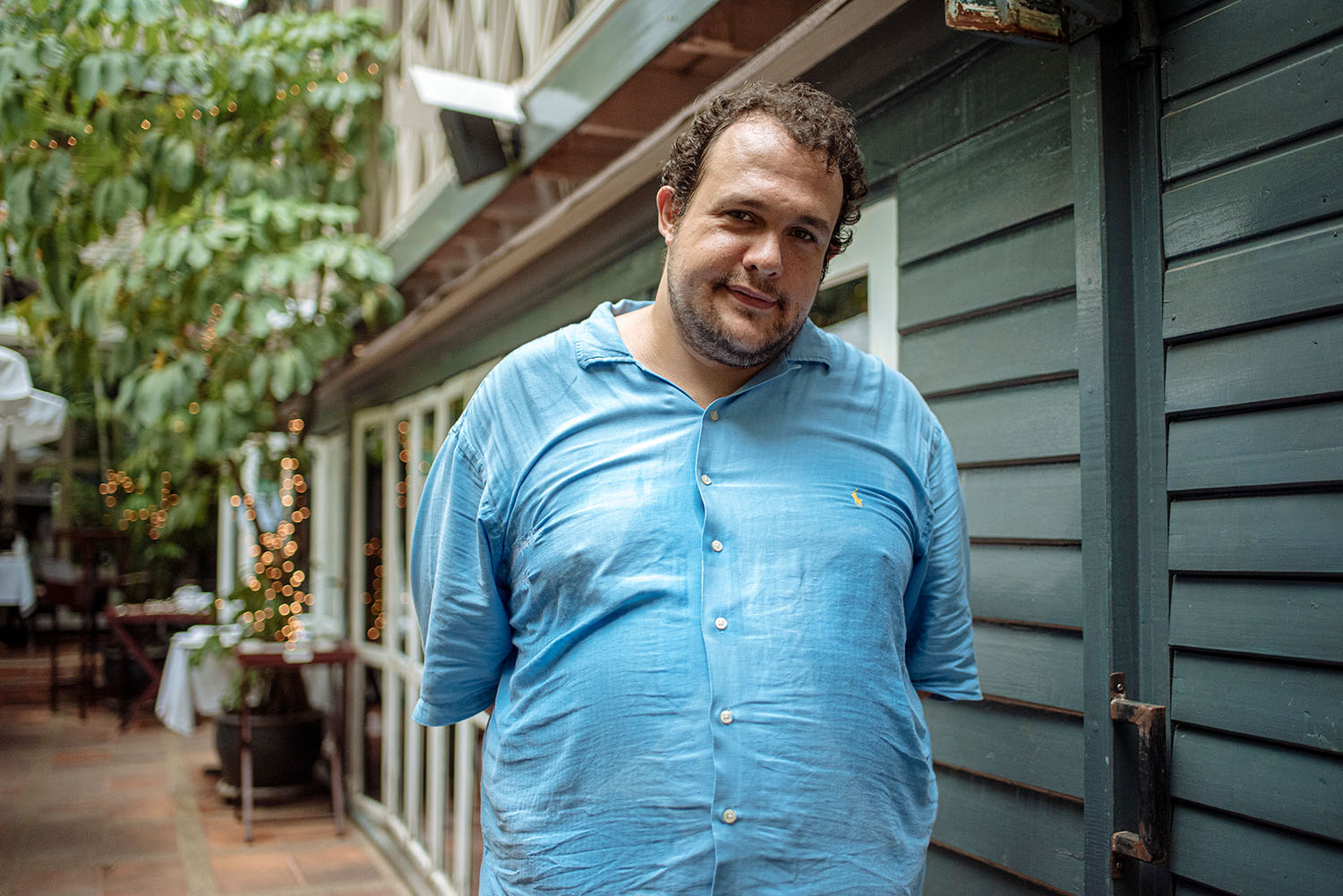 Indigo: The Old Guard
To walk into the Indigo, a veteran brasserie down a back soi off of Convent Road in Bangkok's Silom neighborhood honoured with the MICHELIN Plate, is to return to Paris. Not the Paris of today, mind you, but the Paris of a distant era, to a romantic Paris of Sartre and Picasso and Hemingway. With its white umbrella-decorated patio and long wooden bar, French expats whiling away an afternoon over Ricard and bottles of wine, and old-school dishes like côte de boeuf for two and tête de veau (that's a whole veal head, with brains, cheeks, and tongue laid out on the plate, not a dish for the faint of heart, or for Instagram), Indigo is definitely not a place that bows to trendsetters.

“We haven't changed the menu for at least 10 years,” said owner Jérôme Leroy, who recently took over from his father, with a smile. “Why change something that works?” His father – a dedicated gourmand who rubbed shoulders with some of the most iconic chefs of the 20th century – left Versailles and opened the restaurant 20 years ago. And now Jérôme continues the restaurant’s mission as an embassy of French tradition.“It's about consistency. People come here, they say I love the sweetbreads, I love the andouillette, I love the veal kidney. They come here knowing it will be the same as it was 10 years ago.” 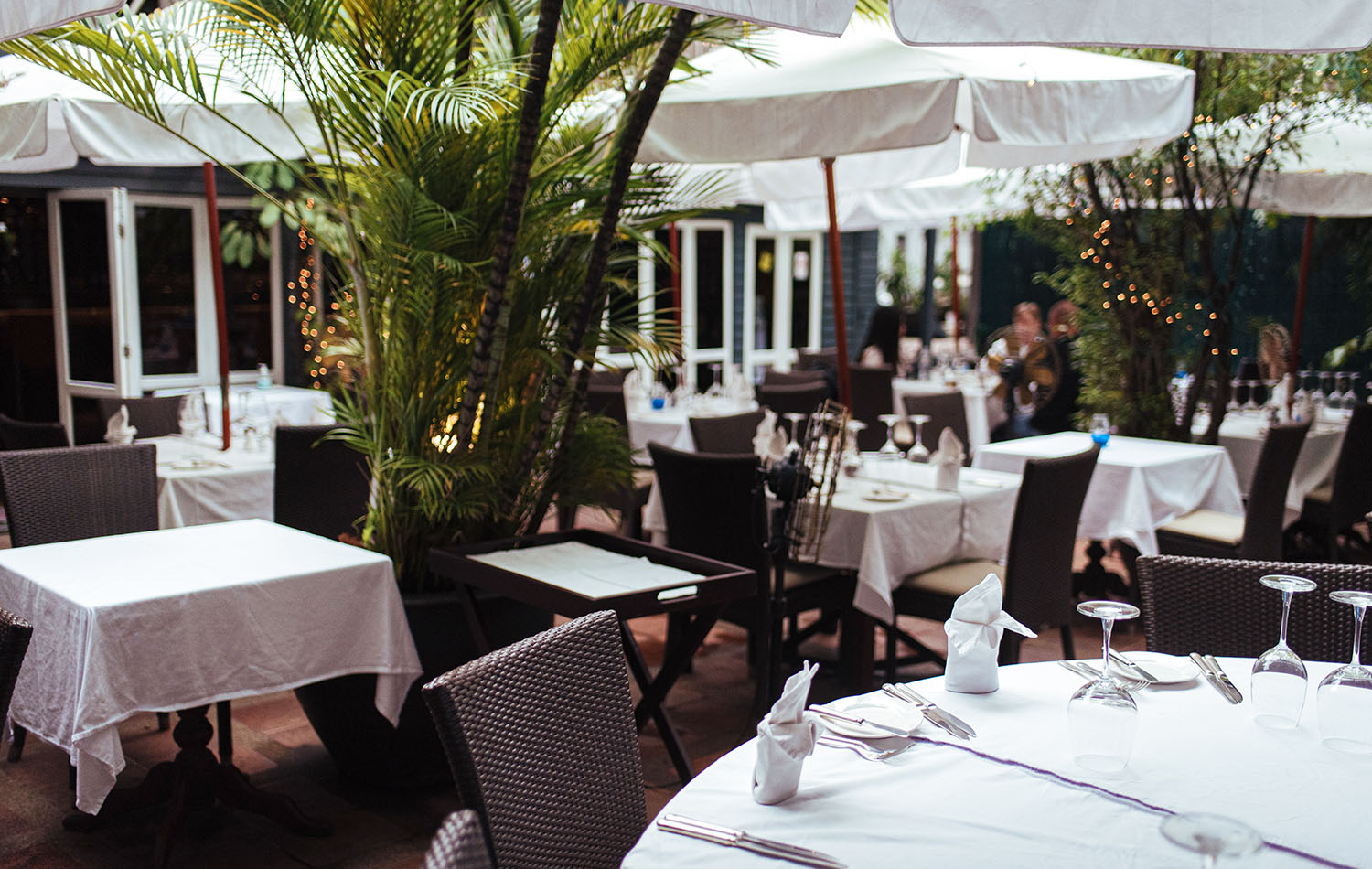 With premium products flown in from France, which are also available at their butcher's shop across the soi, and a remarkably wallet-friendly price point, he admits this might not be the most commercially friendly arrangement. “My father, to his dying day, did not open this restaurant to make money. He always tried to use the best product, and who cares about the cost?” he laughed. “As long as we break even. And after 20 years, he always broke even.”

When asked what defined French cuisine, he responded succinctly, “French cuisine is actually simple. You have one product and make that product better. Like I said, why change something that works?”

And seated at the bar with a glass of Sancerre and one of the tartines advertised on the chalkboard above the cognac bottles, or at one of the outdoor tables with a glass of pastis after the last bit of sauce bearnaise is wiped from the plate with a piece of bread, it's hard to disagree with that sentiment. 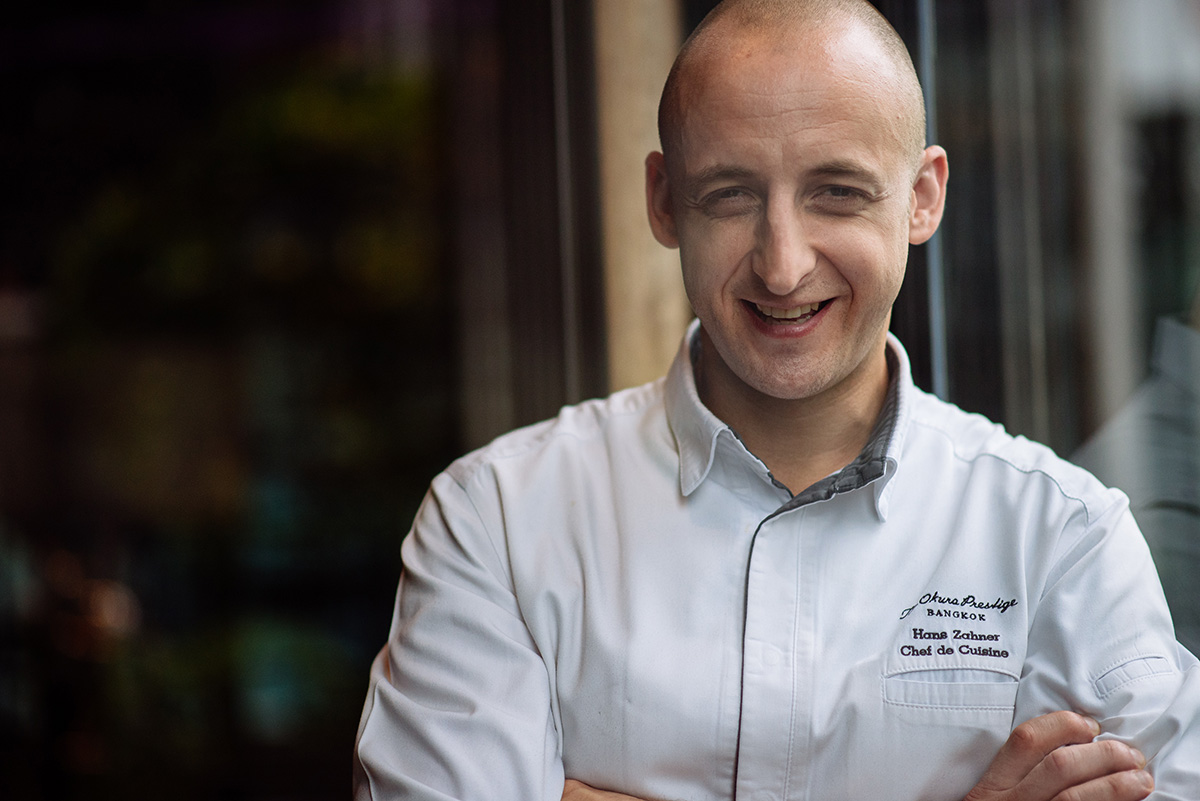 Elements: The Revolutionaries
Elements, the airy One MICHELIN Star contemporary French restaurant at The Okura Prestige Bangkok in the tony Phloen Chit neighbourhood, stands on the other end of the spectrum. With its elegantly minimal design, high-rise location, and views of the Bangkok skyline, the setting is radically contemporary.

But for the unfamiliar diner attracted to the label of “French contemporary,” the menus at Elements might give pause. Sure, there is foie gras on the menu, but the majority of the verbiage is hardly French – yuzu, dashi, wagyu, genmaicha – one might wonder if they didn't accidentally walk into a Japanese restaurant instead.

READ: One MICHELIN Star Restaurants Upstairs at Mikkeller and Elements Present ‘The Japanese Influence’ For The Final MICHELIN Guide Dining Series of 2019 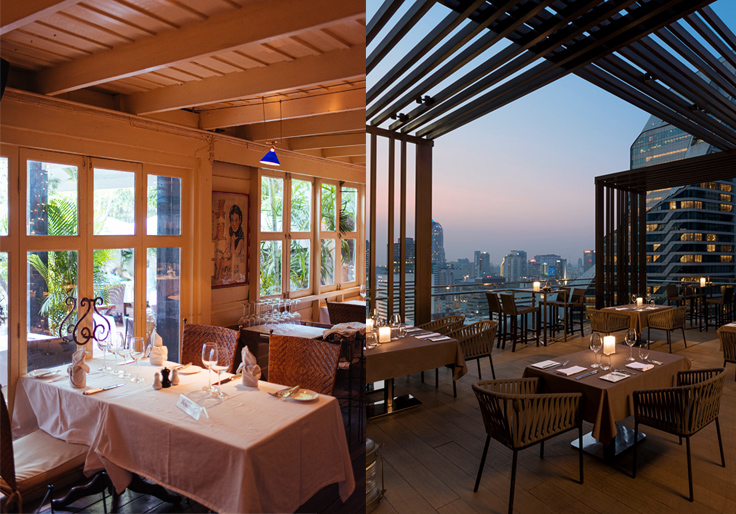 Chef Hans Zahner made his bones in some of the greatest kitchens in France. Starting at the age of 14, he worked his way up through the ranks at places like Alain Ducasse au Plaza Athenee and Lasserre, temples of Gallic gastronomy that feature on many food lover's bucket lists.

As one might expect, Chef Hans delights in the unexpected. When asked what is actually French about Elements, he didn't hesitate to say, “The skills are French. The sauce, the technique. This is what is French. You know in France, we have (Auguste) Escoffier, we have all these traditional things. I think it's good to make it more modern, more contemporary. We make classic dishes which are Japanese inside.”

In his mind, Japanese ingredients fit within French cooking perfectly. “We can play with many ingredients we don't get in Europe.” And he pointed out that France and Japan have a mutual reverence for local produce, which he brings in from the best sources in Japan. “We can make a sauce bordelaise, but have wagyu beef.”

He also realises that this can be a challenge. “In Paris, you take a different route, people will kill you. It's not like San Francisco, not like London, where chefs are more free.” There's a double challenge as well, given that, much like in France, Japanese cuisine is highly codified, with the items on a traditional kaiseki menu heavily dictated by locality and by the formalities of Japanese fine dining. “It's the same for the Japanese, we cannot touch their stuff.”

But he also knows things are changing in France. “For the younger generation, it's not a problem.” Furthermore, he noted that he has the same conversation with Japanese customers. “We can start thinking differently. The dashi is not the same... but it's interesting.” 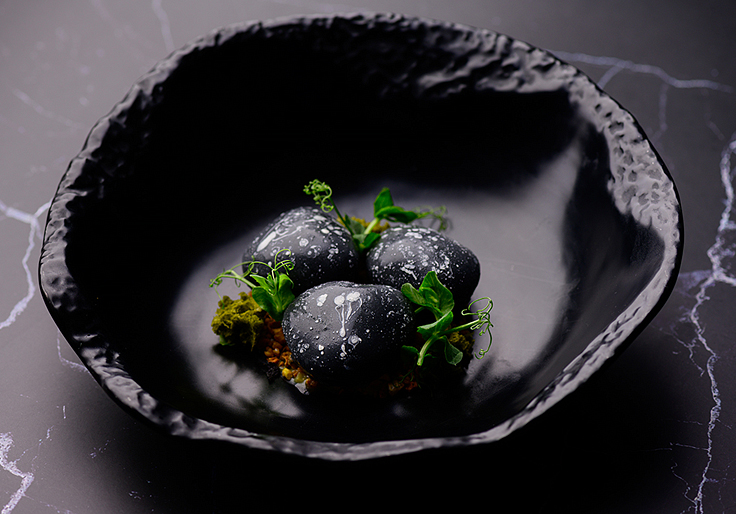 Moving forward
It is inevitable that cuisine evolves over time. The term “fusion” elicits many strong feelings, from delight to outright rage, but everyone can seem to agree that there is a slow, evolutionary fusion happening all the time. After all, potatoes, tomatoes, and cacao arrived from the New World, and they're now critical to European cooking. Meanwhile, in Thailand, the two ingredients that form the backbone of a well-made som tam – papaya and chili peppers – were both brought to Asia by the Spanish from Mexico via the galleon trade.

So where is the future? Chef Hans answered without hesitation. “I think it will return to tradition.” This may seem odd for a chef who pushes boundaries, but there's a certain logic to it. Not only does history so often work in cycles, but also there is always a certain comfort to be found in a dish that a beloved grandmother made. No matter how much French chefs might play with cilantro and hamachi, there will always be a desire for the dining public, on some level, to return to a well-prepared coq au vin.

But both of these men, despite their opposing positions, emphasised the importance of quality ingredients. Because, ultimately, if their ingredients don't meet their standards, they can't do much. And it's that emphasis on highlighting the singular quality of great ingredients that has bolstered the reputation of French cuisine throughout the centuries and that will doubtless carry it into the future, no matter what direction it goes.


CONTINUE READING: These Are The Best French Restaurants In Bangkok

The MICHELIN Guide France 2022: French Gastronomy Is Back On Track!