The fourth and final MICHELIN Guide Dining Series for the year 2019 will feature a collaboration between French chef Hans Zahner of Elements at the Okura Prestige Bangkok and Korean Chef Dan Bark of Upstairs at Mikkeller. The two chefs are an unconventional pair. Chef Hans Zahner is classically trained, disciplined and carries an impressive resume punctuated with some of the biggest names in food and hospitality. In contrast, Chef Dan Bark is a creative outlier who blends Korean, Thai, Japanese and Western flavours with stunning results. These two culinary masters both helm 1 MICHELIN-starred kitchens, and together will create an unforgettable menu under the theme ‘The Japanese Influence’, highlighting Japan as a link between their respective cooking styles. 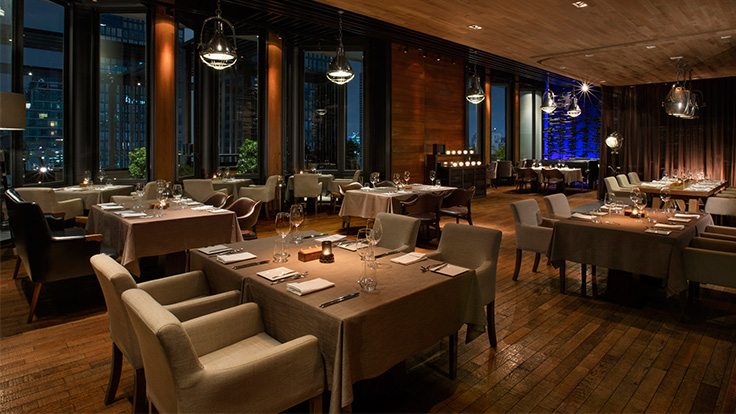 The last edition of the MICHELIN Guide Dining Series 2019 will take place in the beautiful interior of Elements at the Okura Prestige Bangkok hotel.

This theme holds significance to Hans Zahner, who trained in Paris and has worked with the likes of Lasserre (1 MICHELIN Star, MICHELIN Guide France 2019). Zahner explains, “The Okura Prestige Bangkok is the first Japanese hotel in Bangkok, and I am French, so I wanted to create some unique French dishes using the finest Japanese ingredients. I want to reflect our restaurant's concept of offering French cuisine with a Japanese touch.”

French and Japanese cuisine may differ on paper, with traditional French fare preferring richer flavours and Japanese leaning towards fresh. However, both cuisines emphasise balance, precision and technique. When matched together, the results are nothing short of artistic. 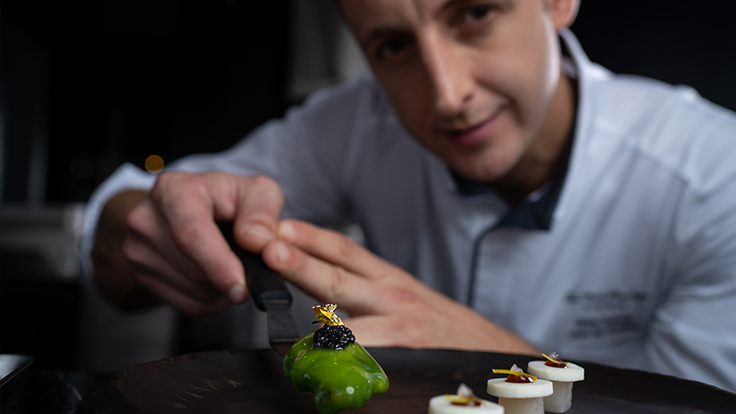 To balance Zahner in the kitchen is Chef Dan Bark. Born in South Korea, Chef Bark earned his chops at the Chicago restaurant Avenues (2 MICHELIN Stars, MICHELIN Guide Chicago 2010). At Upstairs at Mikkeller in Bangkok, where he is both chef and owner, Bark is known for his progressive American menu. In an interview with MICHELIN Guide, he explains how his food differs from what we traditionally think of American fare, “I say ‘American’ not in the way of steak and potatoes, but a melting pot of different cultures and cuisines.”

READ MORE: The First Day I Got My Michelin Star: Dan Bark Of Upstairs At Mikkeller In Bangkok 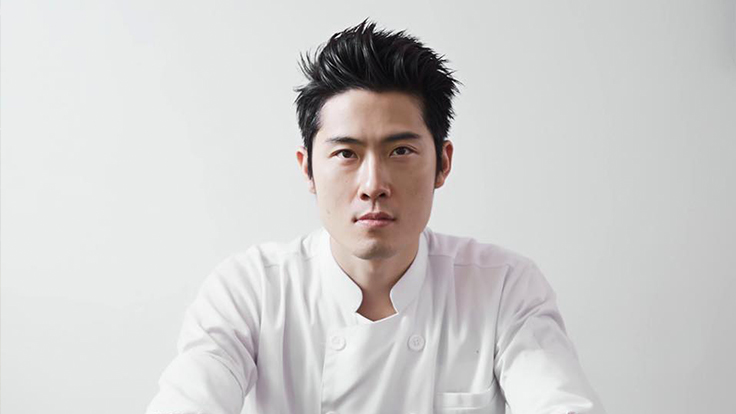 King Crab, Kaviari Kristal, Boudeuse oyster, Wagyu beef and truffle make up the core of this refined menu. Like yin and yang, the dishes themselves are unconventional yet harmonious pairings from around the world. For example, Elements features Norwegian Langoustine with Kuro Ninniku (Japanese aged black garlic). Upstairs at Mikkeller also uses traditional Japanese ingredients in unpredictable ways with their Wagyu Beef Tartare, Fermented Beets and Cured Yolk.

These cross-cultural dishes will be paired with fine wines from the famed Château de Beaucastel. The wines are steeped in history, coming from heritage vines grown in the Southern Rhône valley of France. The Perrin family—proprietors of Château de Beaucastel since 1909—are pioneers in organic farming. The vines have been grown organically for over half a century, with biodynamic farming methods starting in 1975.

The MICHELIN Guide Dining Series #4 will feature 10 courses, including canapés and two desserts. This special wine dinner is a private event and will be held at Elements, the Okura Prestige Bangkok on the nights of 29 and 30 October 2019 (invitations only). 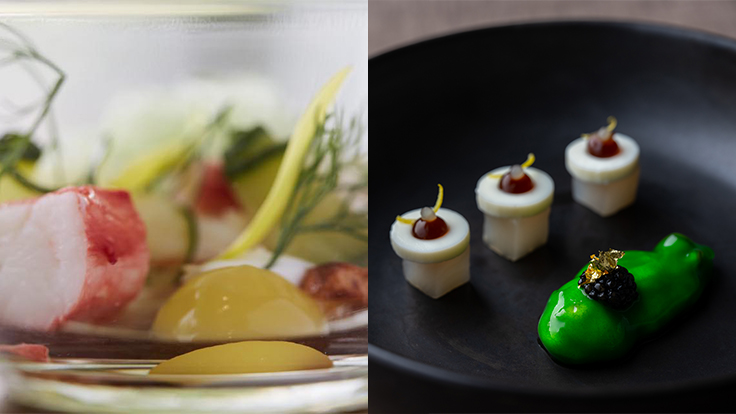 Here’s What Our Inspectors Said About Elements (1 MICHELIN Star)
With impressive city views from its terrace, this restaurant on the 25th floor of the hotel is an ideal spot for a date. Inside, the décor is chic and it's all centred around an open kitchen with oversized industrial light fittings and walls made with charcoal - one of the 'elements'. The modern cuisine creatively fuses the best of French and Japanese dishes, and there is a set menu that offers a varied selection.

Here’s What Our Inspectors Said About Upstairs at Mikkeller (1 MICHELIN Star)
A perennially popular beer bar has this 20-seater restaurant on the second floor that goes well beyond what you'd expect to find. Run by an experienced but young chef who cut his teeth in Chicago, diners come for a 10-course set menu. The décor is decidedly minimalist, allowing the focus to remain on the open kitchen and artful dishes. The menu changes seasonally and has an accompanying beer pairing that includes brews from Denmark, New Zealand and the USA.

Bid farewell to instant noodles. These MICHELIN Starred restaurants are ready to deliver world-class dishes to your door.

French restaurateur Fred Meyer came to Thailand a decade ago, not knowing that he’ll meet both the woman and the business of his dreams.

Every day is Valentine’s Day when you’re in a happy relationship, but on 14 February, see – and savour – what the day of love means to the top chefs in town.

‘Tis the season to celebrate the end of the year with special Christmas/NYE menus at MICHELIN Starred-Restaurants 2020!