French restaurateur Fred Meyer came to Thailand a decade ago, not knowing that he’ll meet both the woman and the business of his dreams.

Hailing from Paris, the French restaurateur Fred Meyer epitomises the French word ‘bonhomie’ in every respect and can easily be described as one of the most charming Frenchmen in town.

With a larger than life personality and a refined palate for fine cuisines and wine, it is not surprising how he became a successful entrepreneur in the highly competitive food business in Thailand.

A long-term resident in Thailand and married to a Thai lady, Meyer has numerous restaurants in operation with new additions opening soon. He is immensely involved with every aspect of the food and beverage business. Fred’s first restaurant was ‘Issaya Siamese Club’ (MICHELIN Plate), opened in 2011, and in 2013 ‘Namsaah Bottling Trust’ (MICHELIN Plate) was born. In 2016 he opened ‘Le Cochon Blanc’, ‘Baan Phadthai’ (Bib Gourmand) in 2017, ‘Saawaan’ (One MICHELIN Star) in 2018, and ‘ICI La Patisserie’ last year. He is also managing Mahanakhon Bangkok Sky Bar and Paii at The House on Sathorn for their respective owners.

His other businesses in Thailand are Avril Production which supplies specialised imported food to hotels and restaurants; Bangkok Soda - soda drinks made with sugar cane juice and real fruit concentrates; Chili Pop his PR firm; and Le Chedi Farm - an organic farm which is overseen by Benoit Deloffre, a famous vegetable grower from France.

In an exclusive interview with MICHELIN Guide Thailand, we find out the keys behind Meyer’s success. 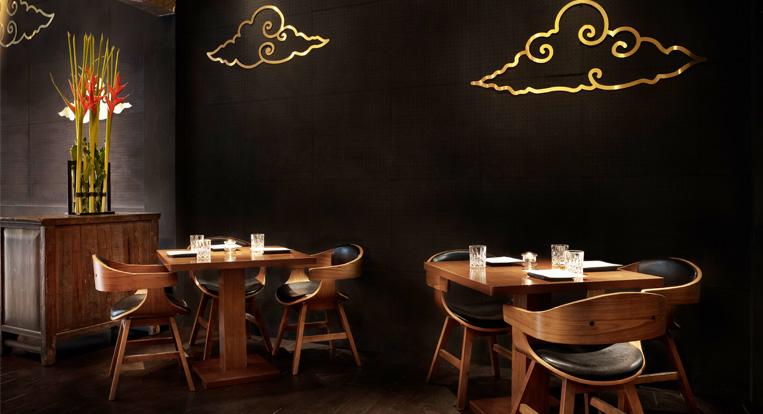 Saawaan, a Thai restaurant with One MICHELIN Star in Bangkok. (Photo: Chilli Pop)

What brought you to Thailand, and what did you do before getting involved in F&B?
I was working for the Blue Elephant restaurant in Belgium, when the owner offered me the chance to come over to help them create a new concept for their restaurant in Bangkok. Working for the Blue Elephant restaurant group was my first job after my Master’s degree in Hotel, Restaurant and Food Business Management. I was offered the opportunity to work for them as a trainee first, and they later offered me a permanent job. I worked for them in Brussels for over two years before relocating to Bangkok.

Who is your role model and who has the most influence on your career and your perception on business?
There are two people I have a lot of respect for and am very close to that is Jean-Yves Bordier, the butter artisan from St Malo, who supplies all MICHELIN Star restaurants with his handmade butter. The other is Alain Passard, the chef and owner of the Three MICHELIN Star restaurant L’Arpège in Paris. While Jean-Yves is my role model, Alain and I have much in common in terms of our passion for creating the best food. We discuss a lot of things including business ideas. 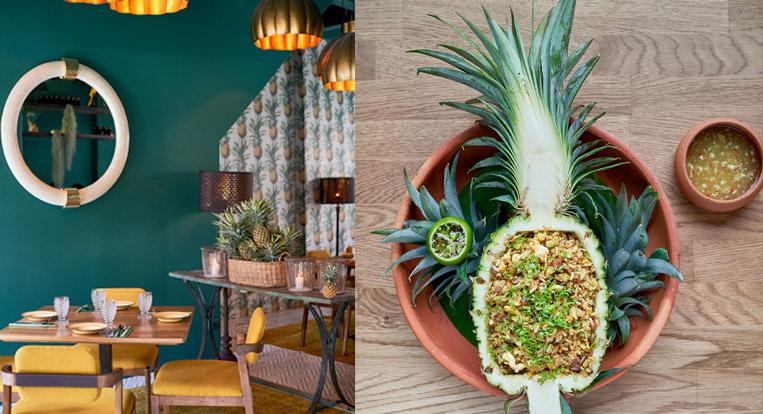 Who do you attribute your success to?
My wife is a very important part of my success. We met while we were both working for the Blue Elephant in Bangkok. It’s definitely true that behind every successful man, there is an incredible woman. My wife has a law degree, she is very diligent and gives me sound suggestions and feedback whenever I have a crazy idea about a new venture. I am a creative person, and she helps me to develop my new ideas into proper business plans. She is as enthusiastic about what we do as I am. We don’t put profit-making as the sole purpose when embarking on a new business but since we are passionate about what we do and we devote ourselves to everything we do, we consequently achieve good results financially.

What has been the best and most difficult time in your career?
The best time in my career was when Saawaan won a MICHELIN Star. We were all so overwhelmed with emotion; it was enormously meaningful to me since I am French. I would say the most difficult time in my career was when my wife and I first left the Blue Elephant and started our DJ business. After the Blue Elephant, we wanted a break from the F&B sector and were operating our newly-formed DJ company from our tiny flat. It was a very happy but difficult time. We did well in the end as we signed up ten famous DJs from abroad, and toured all over the world with them. 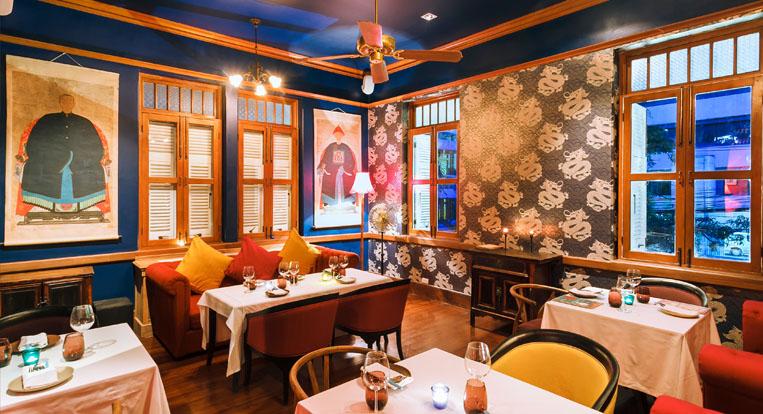 What do you like to do most when you are not working?
I love to travel. My wife and I travel a lot for both pleasure and business. I get many inspirations from travelling. We recently bought a vineyard in France.

What qualities and mindset do you need to adopt to stand out from the crowd? Any words of advice for young entrepreneurs?
I think everyone should have strong belief in what they set out to do. It is imperative to have a good team, as it is difficult to do it alone. My team of 500 staff members is the most important factor of my business. I would never be successful without them. I give shares in various businesses to relevant members of the team, so they are my partners. We all work towards one aim – the prosperity of our business. Don’t be afraid of taking risks. It is hard to succeed if no risks are taken. 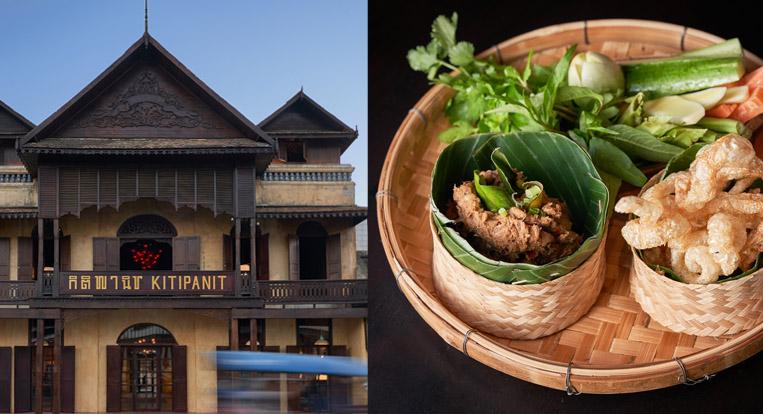 Has the arrival of MICHELIN Guide in Thailand changed the restaurant scene here?
Yes, without a doubt! It has certainly pushed up the level of restaurants and the quality of ingredients they use. For instance, since the arrival of MICHELIN, I noticed the sales from my food import company grow rapidly! Everyone wants to buy superior products, and the standards of food served in restaurants have greatly improved.

Do you have any future projects in the pipeline?
Yes, I have just opened a Pineapple Fried Rice restaurant end of last year. It is named Casa Sapparod. The idea came from diners at Baan Phadthai (Bib Gourmand). So many of them ask for it, so I decided why not open a restaurant just serving Pineapple Fried Rice? Tourists made the dish famous, but it is actually an old Thai recipe and it will not be the typical touristy dish with pork floss. I just opened a restaurant in Chiang Mai and it is located in an old teakwood house constructed in 1890. The house used to be the first department store in Chiang Mai. It's called Kiti Panit. 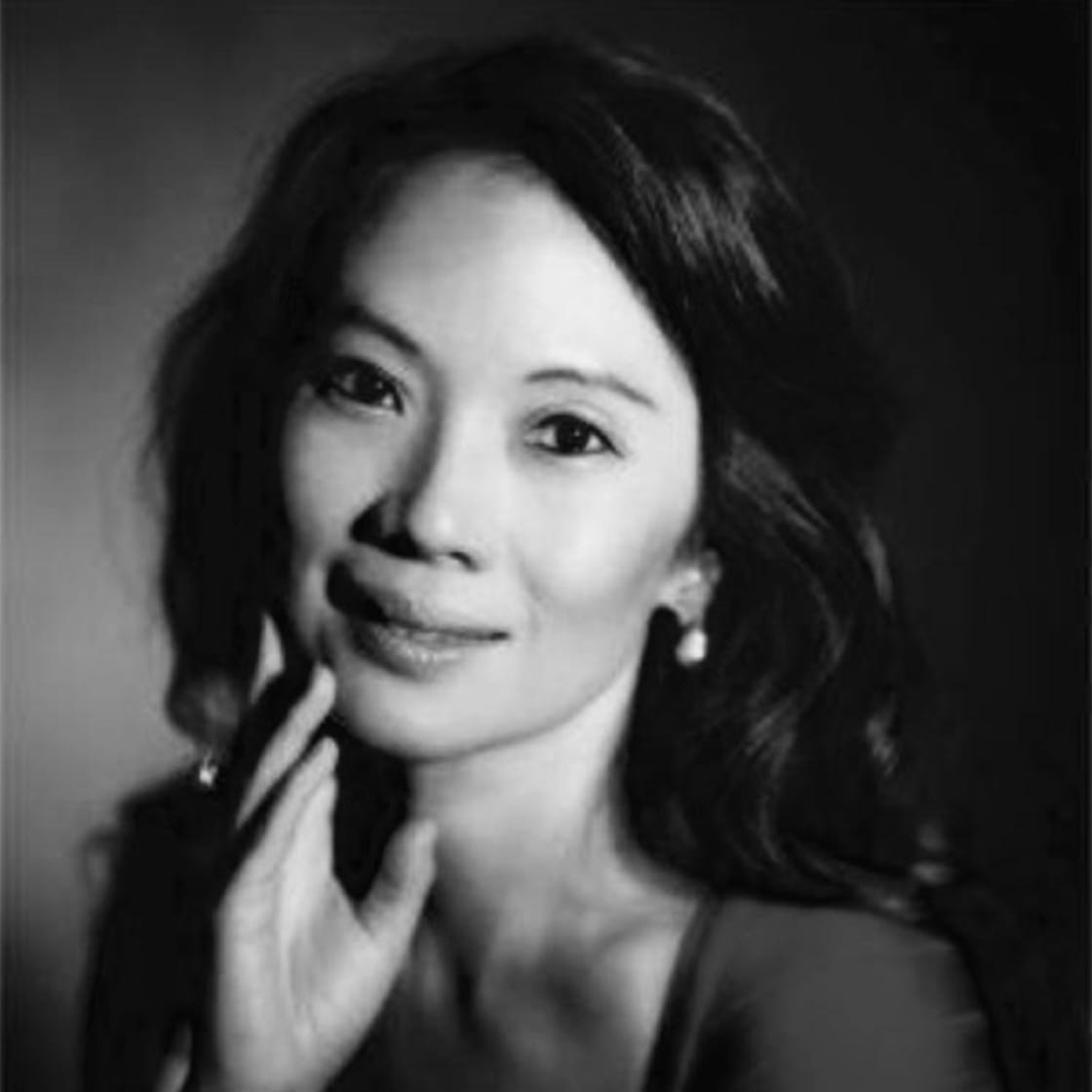 Catherine Bowers is a lifestyle journalist who started her writing career in Bangkok almost two decades ago. She was a contributing editor at Thailand Tatler magazine for twelve years, and she also wrote a weekly column with her co-columnist Natayada Na Songkhla for the Style section of The Sunday Nation Newspaper. For five years, Catherine and Natayada were the co-publishers of CatandNat.com.

The MICHELIN Guide Thailand Is Coming To Ayutthaya

Its rich cultural and culinary heritage, coupled with today’s classic blend of old glamour and new charm, make this ancient city a hotspot for foodies and tourists alike.

The MICHELIN Guide in Thailand extends its reach to a brand new city for the upcoming 2022 edition.

Staying In? Enjoy Delicious Deliveries From These MICHELIN-Listed Restaurants

What to eat….. Grilled chicken, fried rice, or pizza? Or maybe French, Greek, Spanish, or Vietnamese?