Michelin is pleased to present the full list of restaurants to be recommended within the MICHELIN Guide Taipei, Taichung, Tainan & Kaohsiung 2022.

For the first time, the MICHELIN inspectors have extended their research to Tainan and Kaohsiung, shining a global spotlight on the unique charm and dynamism of the southern regions.

Including the Starred, Bib Gourmand and selected restaurants, the full 2022 restaurant selection of the MICHELIN Guide features a total of 170 eateries in Taipei, 68 in Taichung, 44 in Tainan, and 39 in Kaohsiung.

“If restaurateurs have faced for another year numerous challenges linked to the pandemic – from the slowdown in international tourism to the sanitary measures put in place in restaurants to combat the spread of COVID – local restaurateurs have continued to fight day after day, to innovate, in order to maintain the essential link with their customers. Our 2022 is therefore the illustration of the strength and vitality of the local food scene and culture which represent more than a point of interest, a true way of life. By adding Tainan and Kaohsiung – two cities with their own distinctive culinary identities which have impressed our inspectors – to our restaurant selection, we also hope our selection will further satisfy local and international gourmets looking for unforgettable experiences, from fancy places to night food market stalls!” said Gwendal Poullennec, International Director of the MICHELIN Guides. 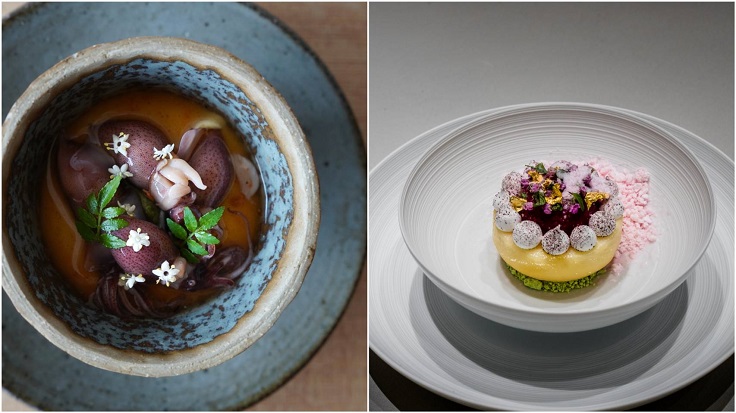 Entering the selection for the first time with One MICHELIN Star are 2 Kaohsiung restaurants: at Liberté, chef Kenji Takeda who honed his skills in some of France’s top restaurants, is well-loved for his free and bold approach to cooking that show layers of textures and flavors that embody the change of seasons; Sho承 is the first overseas outpost of famed Tokyo restaurant Den, helmed by chef Fujimoto Shoichi, who sources seasonal ingredients from all over Taiwan to use in his elegant classic dishes with whimsical twists that show his playful creativity.

In Tainan, which has also been included in the Guide for the first time, and shined last week as the Taiwanese city with the most new Bib Gourmand restaurants within the 2022 selection (27 restaurants) also boast an additional 17 venues that have seduced the Michelin inspectors. Among these are Taiwanese cuisine including Hsin Hsin, Jin Xia and Wang Jia Smoked Lamb, hot pot restaurants such as A-Yu Beef Shabu Shabu (Kunlun Road) and Gyu Go Zou, barbecue, small eats, and seafood establishments as well as European Contemporary, French Contemporary, Hunanese, Spanish and Japanese cuisine restaurant, showcasing the diversity of the city's food landscape.

In total, and including Bib Gourmand and Starred restaurants, Tainan’s and Kaohsiung’s food scene are respectively celebrated with 44 and 39 restaurants to be part of the 2022 selection of the MICHELIN Guide. 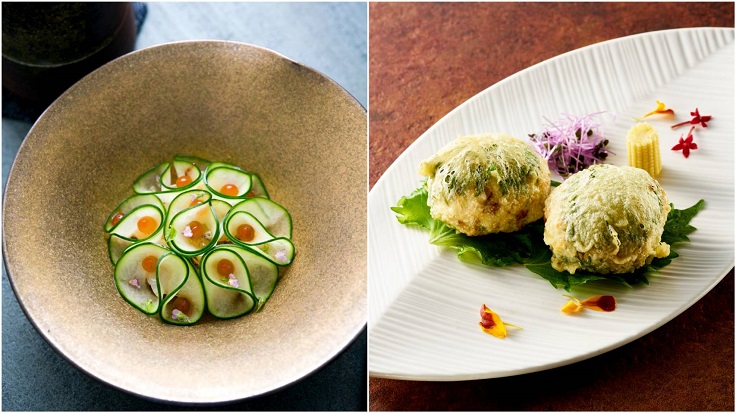 5 new restaurants are awarded One MICHELIN Star in Taipei

Shin Yeh Taiwanese Signature’s over a hundred offerings include daily caught fresh seafood, off-menu dishes that used to only be available to regulars, as well as classic Taiwanese banquet dishes; meanwhile, recently relocated Yu Kapo maintains its principles of eating seasonally, presenting seafood from Japan and Yilan County’s Ta-hsi Fishing Harbor in omakase menus with the kamameshi course being the highlight. Shin Yeh Taiwanese Signature debuts with its first MICHELIN Star, while Yu Kapo is recognized with One MICHELIN Star following its relocation. 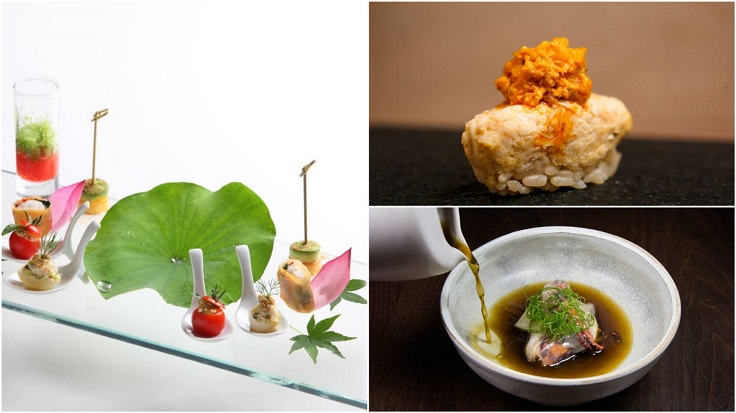 Three venues have been promoted to One MICHELIN Star status: Holt’s Canadian chef Jeffrey Downs is familiar with Taiwanese produce, combining it with European cooking techniques and his background working in Tokyo to create wonderful dishes with delicate flavors; head chef Hiroyuki Tobimatsu who took over the helm of Paris 1930 de Hideki Takayama in 2021 accurately expresses executive chef Hideki Takayama’s refined Franco-Japanese culinary vision, cleverly incorporating Taiwanese tea into his cooking; Sushiyoshi is the third overseas outpost of the famous Osaka-based sushi-ya of where chef Hashimoto, who has been based in Taiwan for a number of years, marries luxurious ingredients and Western techniques to create sushi and set menus that surprise and delight.

The 2022 restaurant selection has also been enriched with another seven Taipei restaurants which have seduced the Michelin inspectors: Antico Forno (Italian), Da-Wan (Barbecue), 85TD (Cantonese), Jarana (Spanish), Mad by Le Kief (Innovative), Uosho (Japanese), and Wamaki (Japanese), with many of them highlighted already in previous monthly live updates - a new approach to revealing the inspectors' latest restaurant recommendations, by releasing some of its new additions to the Guide ahead of the annual launch event.

In total, Taipei features 170 restaurants, of which 31 are MICHELIN Starred and 57 received a Bib Gourmand last week.

In Taichung, 5 venues retain their MICHELIN Stars and 4 newly enter the selection

In addition to the 5 MICHELIN Stars, and the 37 Bib Gourmand presented last week, four other venues have been newly recommended by the Guide and have joined the selection: Inflorescence (Japanese), L’Atelier par Yao (French Contemporary), Meidz Seafood (Seafood), and PI (European Contemporary). 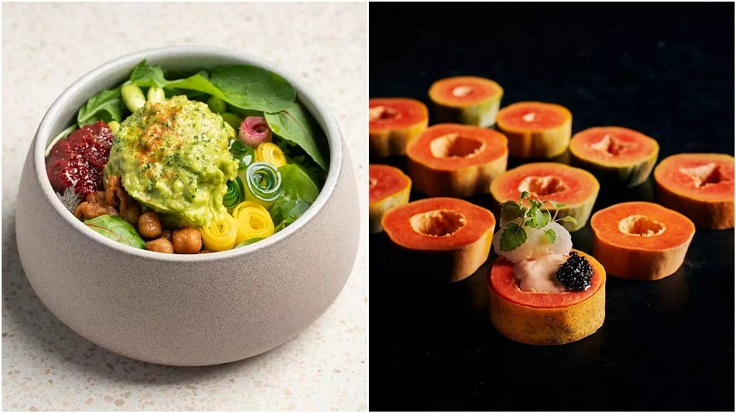 Embers’s chef Wes is committed to protecting the ecology of mountains and forests, advocating agricultural reform, maintaining close relationship with producers through its everyday business activities and shining a spotlight on local culture. Little Tree Food (Da’an Road), which is also a Bib Gourmand restaurant, promotes “twice-a-week vegetable” concept and encourages customers to bring their own takeaway containers. In its daily operations, the team has banned the use of processed products and single-use disposable cutlery and established long-term relationships with smallholder producers using natural farming methods. 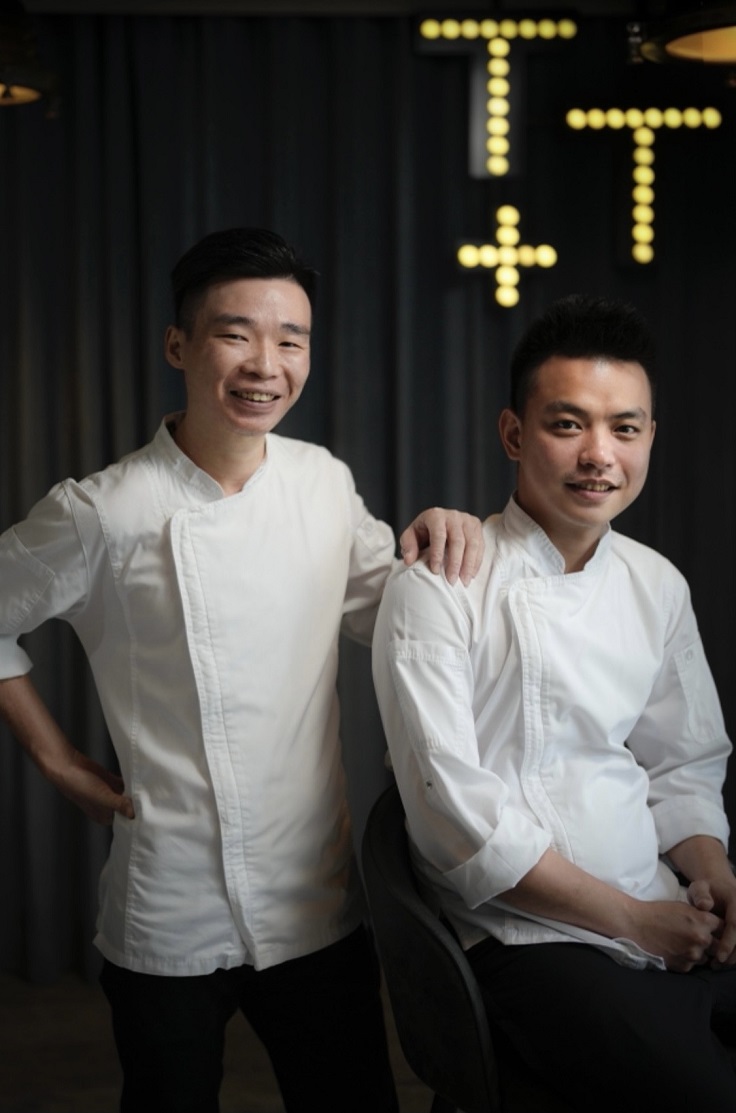 The MICHELIN Guide Young Chef Award, Welcome and Service Award and the first MICHELIN Guide Sommelier Award
This year again, the Michelin inspectors have continued with their Special Awards to highlight talented professionals from the restaurant industry and make shine the diversity of jobs and know-hows which together contribute to create exceptional gastronomic experience.
The 2022 MICHELIN Guide Young Chef Award, which recognizes a young chef working in a restaurant of the selection and whose exceptional talent and great potential have impressed our inspectors, is given to chefs Kei Too and Johnny Tsai of One MICHELIN Starred T+T. Johnny Tsai began his career in the kitchen after graduating culinary school, while Kei Koo has dedicated himself to the kitchen because of his passion for cooking. At T+T, the duo displays their strong culinary background and creativity in their Asian-inflected cuisine, showcasing the food culture of Asia in their menu.

The 2022 MICHELIN Guide Welcome and Service Award, aims to highlight and encourage skilled and talented professionals who dramatically add to the customer experience, goes to Pauline Yu of One MICHELIN Starred Fleur de Sel. Having worked in the restaurant for more than 10 years, her friendly disposition and professionalism provide a comfortable and cheerful dining experience for guests in a contemporary French fine dining scene

Finally, and in order to shade a light on skills, knowledge and passion of talented sommeliers of the industry, the Guide has introduced a new and dedicated award. The very first recipient of the new 2022 MICHELIN Guide Sommelier Award is Bass Lin of One MICHELIN Starred Paris 1930 de Hideki Takayama. Bass Lin completed his professional wine certification by self-studying while still in school and strives for continual improvement in his career, participating in various sommelier competitions in recent years to reinforce his wine serving skills and understanding. 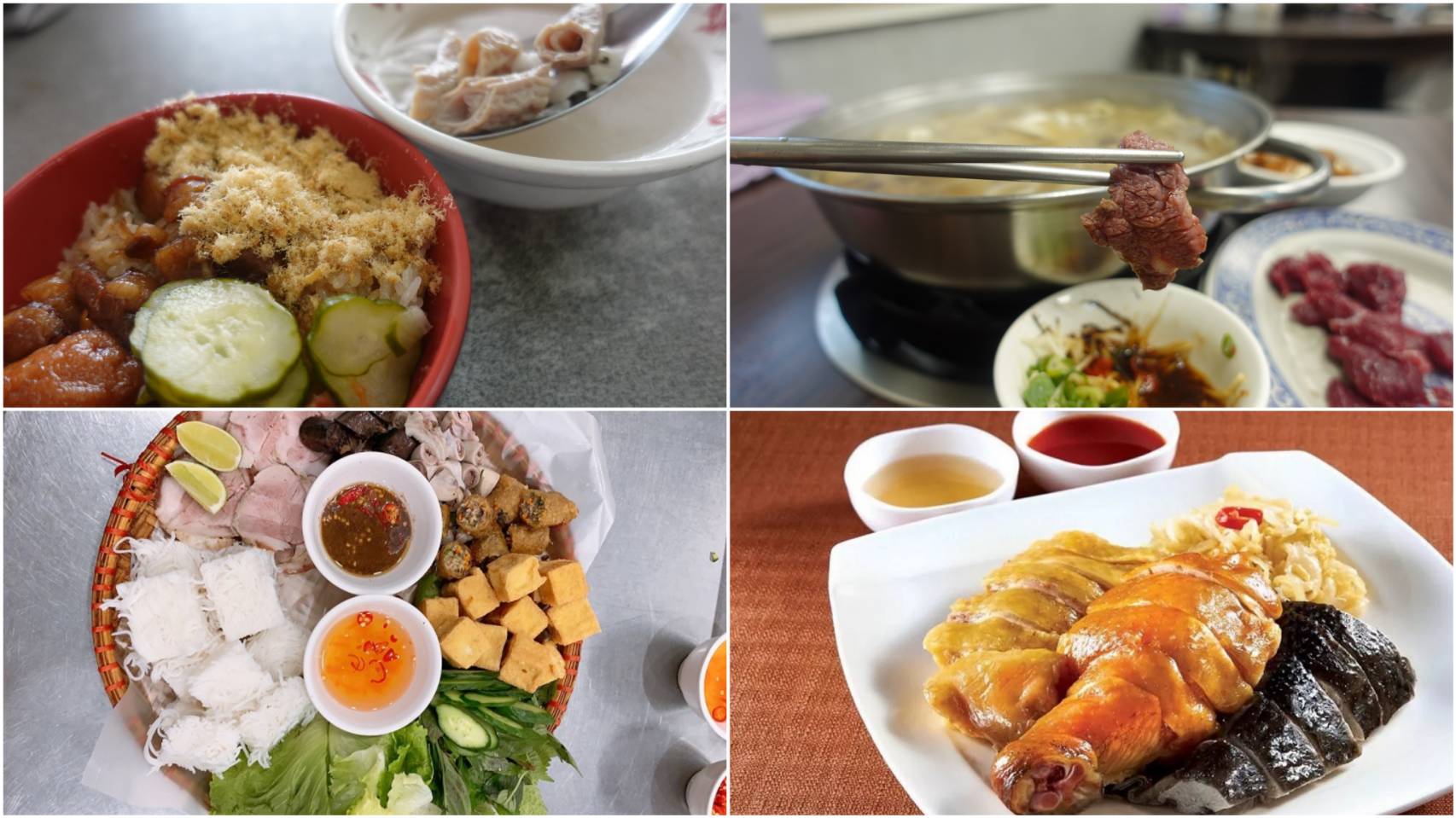 Last week, the MICHELIN Guide Taipei, Taichung, Tainan & Kaohsiung 2022 also announced its annual Bib Gourmand selection. 57 restaurants, including street food venues, in Taipei, 37 in Taichung, 27 in Tainan and 20 in Kaohsiung received this distinction which is given to the establishments offering the best value-for-money gourmet experiences. In Taipei, Taichung, Tainan and Kaohsiung, this means that diners can enjoy a high-quality three-course meal for less than 1,000 Taiwan dollars (excluding drinks). Together, the 141 Bib Gourmand restaurants feature at least 20 types of cuisine, including typical Taiwanese street food, snacks or night market delicacies, and illustrate how food and gastronomy are not only praised by local gourmets, but are also part of a true popular way of life.

Every hotel in the Guide is chosen for its extraordinary style, service, and personality — with options for all budgets — and each hotel can be booked directly through the MICHELIN Guide website and app. The local selection currently features the most spectacular hotels, including hip and stylish boutique hotels like Kimpton Da An Hotel, ryokan-inspired retreats like Hoshinoya Guguan, or interior design marvels like Palais de Chine.

The MICHELIN Guide Taipei, Taichung, Tainan & Kaohsiung 2022 at a glance:

321 recommended restaurants, of which: