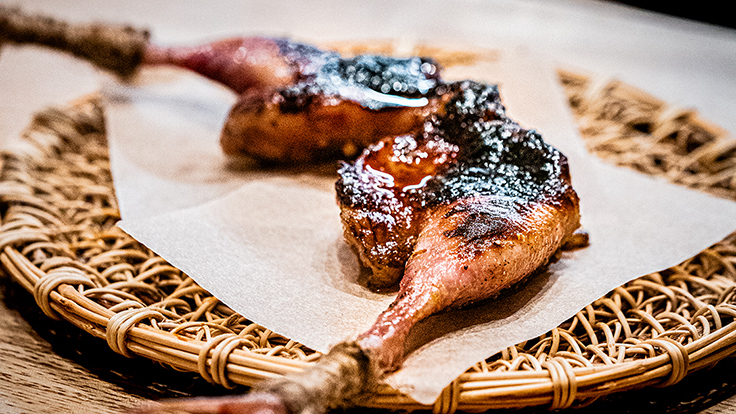 Chef Christopher Bleidorn's particular skill lies in his ability to combine the rugged appeal of flame-kissed meats with a delicate touch and palpable sense of whimsy. For proof, look no further than the lacquered quail with grilled Parker House rolls and crunchy pickles to be assembled by hand à la Peking duck.

The impressive menu pays homage to chef/owner Rodney Wages' experiences at some of the city’s most elite kitchens. As the meal unfolds, it quickly becomes clear that this chef marches to the beat of his own drums. A lovingly curated champagne and sake list accents this distinctive cuisine.

Chef Claude Le Tohic's prix-fixe menu is composed of outstanding courses that may pair classic French techniques with pristine Californian ingredients. Exquisite sauces work their way into this rotating lineup that may begin with a generous trio of caviar with freshly baked breads and end over enticing mignardise.

The Shota (One Star — San Francisco)

The menu combines Edomae sushi with classic kaiseki—and is informed every step of the way with imported Japanese ingredients and local produce. Expectedly, diners are treated to a breathtaking experience from start to finish—as well as service that is effortless, unobtrusive, and engaging.

Husband-and-wife team David Fisher and Serena Chow Fisher, manage both the savory and sweet side of things; and their fine dining pedigree is apparent in the cooking, deftly marrying simplicity with sophistication. Diners will appreciate the precise technique and understated yet imaginative use of ingredients found throughout the prix fixe menu. 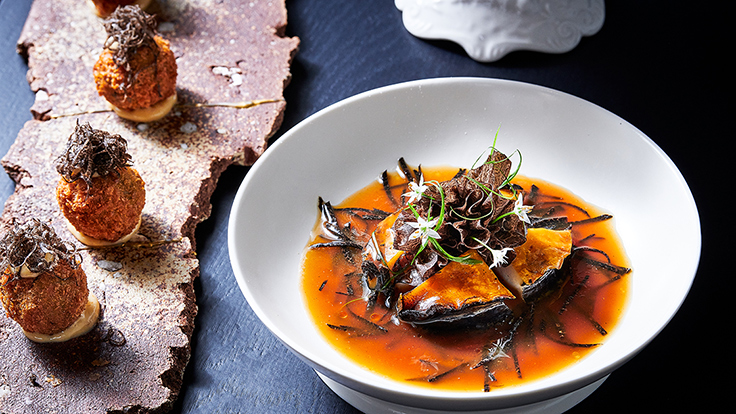 Chef Jason Zhan is charming, engaging, and a bona fide tome of information on product sourcing, aging, and marinating. Diners fortunate to be perched in front of him may be presented with the likes of sea water eel braised in dashi and topped with plum sauce; followed by sardine tartare imbued with ginger and scallions. Next up, nigiri of exceptional quality and delicate seasoning.

Chefs Jessica Carreira and David Costa elevate every bite on their appetizing menu with a perfect blend of pristine local produce and top-notch imported ingredients. Seafood is a particular area of focus in this kitchen, and diners shouldn't miss signature dish butter-poached Arctic char with with watercress crust, sauce vin jaune, and mushrooms.

This talented kitchen spins out classic American cuisine with a menu that showcases product from the group's 5-acre organic farm.

Chef Matthew Kammerer is devout when it comes to hyper-local and foraged ingredients, so much so that the fisherman's name may casually be dropped into conversation or the apple orchard owner is likely seated next to you.

The cooking, as conceived by Chef Jordan Rosas, hones in on prime local produce and sustainability. There is a tangible deftness in such aromatic flavor combinations as seared dayboat scallops with kohlrabi, grapefruit, and lemongrass-ginger butter sauce. Of course, it should be unlawful to forgo the creative goodies from pastry chef, Neidy Venegas. 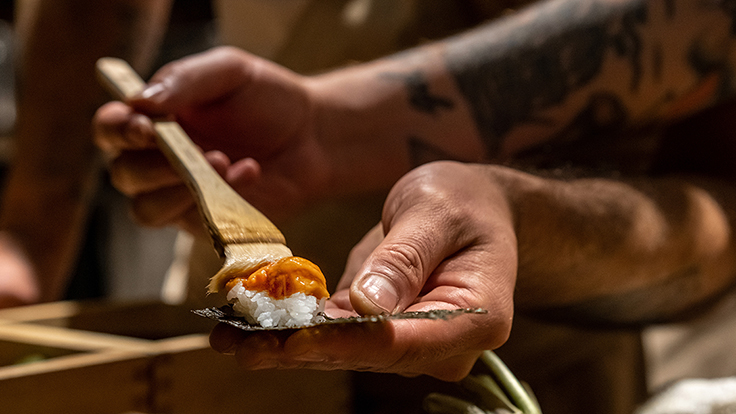 After cutting their teeth at top NYC kitchens, Daisy and Greg Ryan headed to the west coast—settling into the confines of the Santa Ynez Valley. This is cooking that tastes as good as it looks, shining a spotlight on local purveyors. Naturally, the crowds keep coming for the unpretentious dishes.

Nestled next to the tony Montecito Inn, this is no ordinary omakase eatery. Head sushi chef, Lennon Silvers-Lee, hails from Van Nuys, not Japan, and his nigiri are not just supremely finessed but also infused with original touches—like the dab of sweet corn “pudding” and crunchy sourdough breadcrumbs dressing slices of hamachi.

Chef Ricky Orbert's multi-course tasting menu is on the books, evolving with and inspired by the seasons of the Central Coast. Fridays and Saturdays feature an expanded menu, with dishes that highlight the chef's unique style and creative vision. 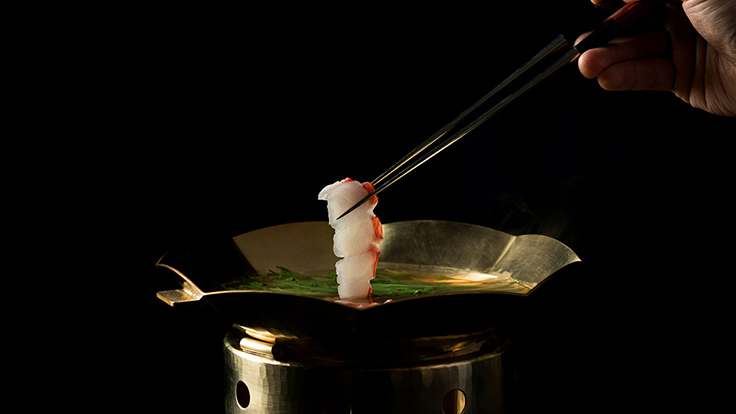 Dinner here is an intimate and engaging experience with Chef Brandon Hayato Go. Many of the courses for this kaiseki meal begin with ingredients that are artfully arranged in the back kitchen and handed to the chef on trays, then finished before your eyes and presented with detailed explanations.

Chef Josiah Citrin's iconic dining room is back up and running—even thriving. His expertise lies in delivering a certain fine-dining experience that never goes out of style—it's a lovely change of pace for anyone looking to slow down, indulge, and be pampered by the highly capable service staff.

Chef Massimo Bottura has put the talented Mattia Agazzi at the helm and the results are impressive indeed. This is cooking that is at once whimsical and grounded.

Chef Minh Phan's Phenakite takes up residence at a co-working office space nestled among trees and within a beautifully maintained structure. Subtle, elegant flavors and singular textures show up in spades in such deeply personal creations as mochi dumpling with lardon and sugar snap peas. 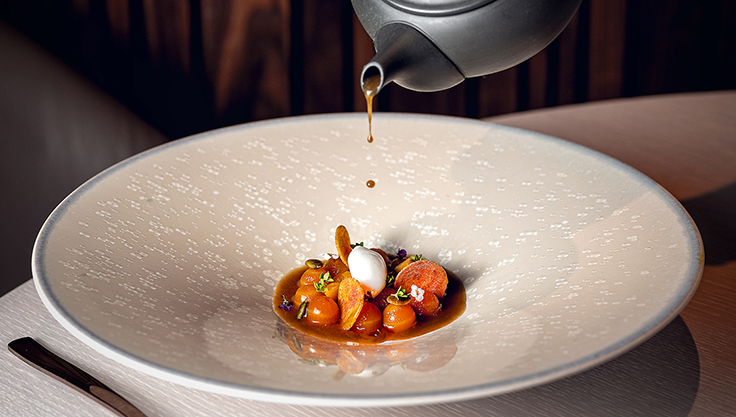 Chef Dave Beran has upped the ante with this captivating French bistro, where standards like onion soup and beef tartare are elevated to their highest reaches.

Chef Yasuhiro Hirano, together with his wife who runs the front of house, is responsible for turning out some of the most exciting sushi around. His particular magic lies in weaving together a few key components, including the exotic fish that he ages before preparing with a host of ingredients.

The mastery of this team lies in their ability to take full advantage of Cali's natural bounty, with thrilling results, as seen in cavatelli with a glossy, butter-rich lobster sauce, with spring peas and chunks of sweet meat; or an exalted take on the Caprese by way of marigold tomatoes, mozzarella, fennel flowers, and avocado. 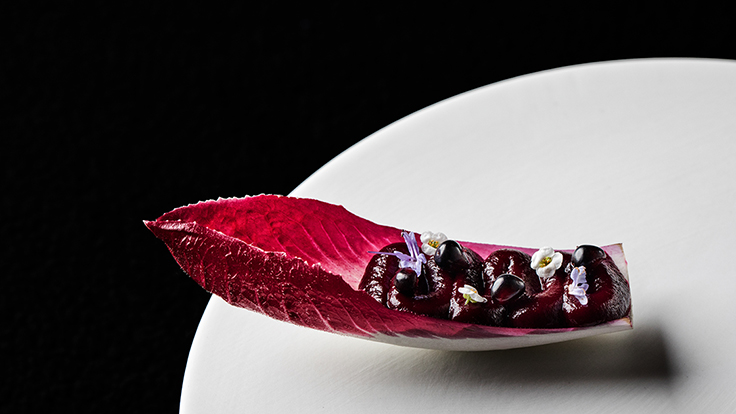 Chef William Bradley continues to flaunt his impressive skills at this iconic, standard-setting dining room, and his talents are more tangible now than ever before. Addison's menu while constantly evolving also retains the chef's signatures.

Everyone is here for Chef Tony Esnault's contemporary take on classic French cuisine, brought to you by professional servers who virtually glide around in measured movements. The menu highlights imaginative dishes that weave technique with ingenuity like crisp sea bream paired with beurre blanc and lobster with braised endive and confit parsnip.

Partner John Resnick and Executive Chef Eric Bost are behind this very appealing and well-orchestrated French restaurant oozing with style and elegance at every turn. This cooking displays a mature direction, with solid ingredients, unique combinations, and beautiful presentations—think summer squash with ricotta dumpling, mushroom, and marjoram.

Named for Chef Soichi Kadoya, who honed his skills at Old Town's Sushi Tadokoro, this intimate Japanese restaurant has quickly made a name for itself in University Heights. Sushi leans straightforward, but it's impressive and flaunts much skill.

Chef/owner Takeaki Tadokoro, along with young chef Tatsuro Tsuchiya, takes great pleasure in providing diners with a delightful dining experience. Attention to detail is a hallmark, as sauces are homemade and the fish of the day rests within a wood box awaiting very special treatment. 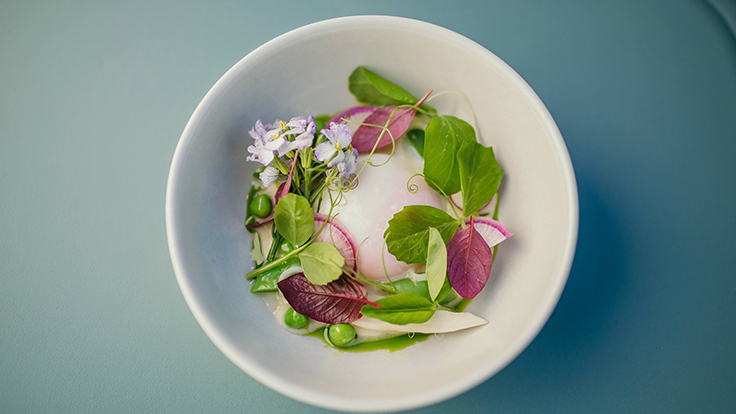 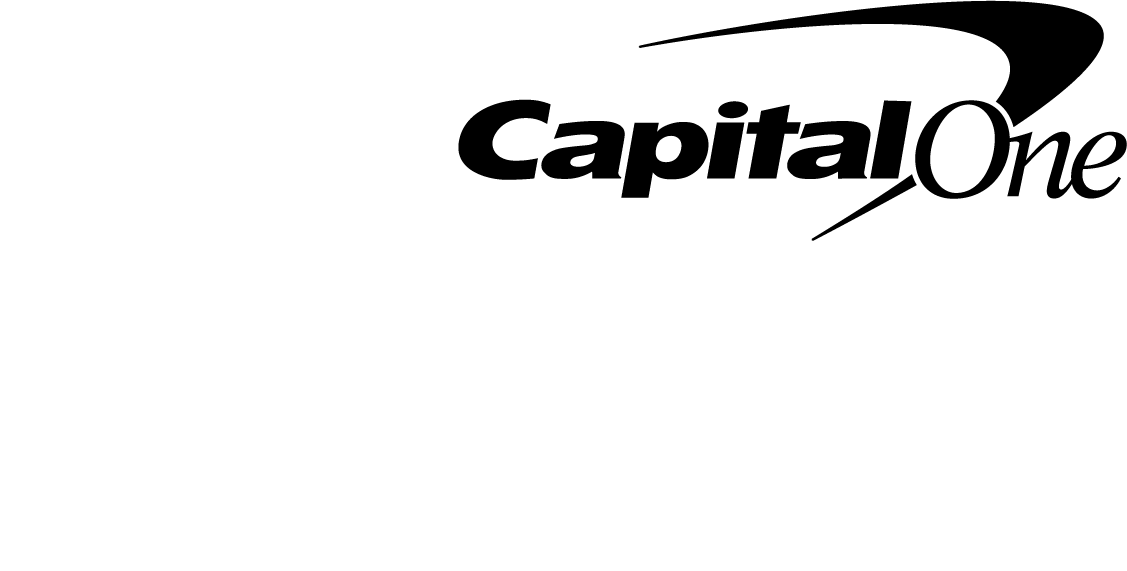 Presented in partnership with Capital One