Michelin today announced its full restaurants selection for the 2020 edition of the MICHELIN Guide Taipei & Taichung. A total of 170 eateries in Taipei and 56 in Taichung were highlighted in the latest annual selection.

“After the very first edition of the MICHELIN Guide Taipei in 2018, our inspectors decided this year to also share their favourite restaurants in the city of Taichung, a city where, thanks to the talents of its chefs, the combination of gourmet traditions and innovations, and a high level of excellence, the gastronomic scene is buzzing,” said Gwendal Poullennec, International Director of the MICHELIN Guides. “With the vibrant selection of Taipei restaurants, which is improving year after year, this enriched edition aims to show the world the richness and diversity of Taiwanese culinary scene,” continued Poullennec. 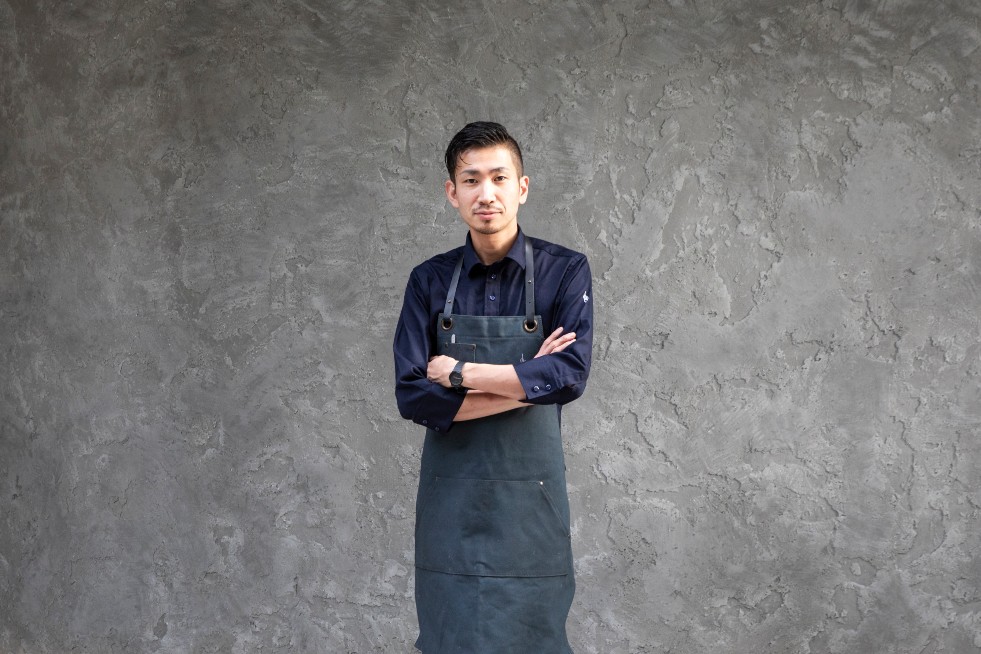 Head chef Tahara Ryogo of logy, which has been newly promoted to two MICHELIN stars in the 2020 guidebook. (Photo: logy)

Four restaurants in Taipei have received new star recognitions this year. logy, which received one MICHELIN Star for the first time last year, was promoted to two stars in the 2020 selection. Opened in 2018 as a spin-off from the celebrated Florilège in Tokyo, the 13-seater helmed by Japanese chef Ryogo Tahara elevates local ingredients with modern techniques and strong Asian influences. The promotion of logy brings the total number of two-MICHELIN-star restaurants in Taipei to 6, including RAW, Shoun Ryugin, Sushi Amamoto, Taïrroir and The Guest House, which have all maintained two stars.

READ MORE: The First Day We Got Our Stars: logy's Ryogo Tahara 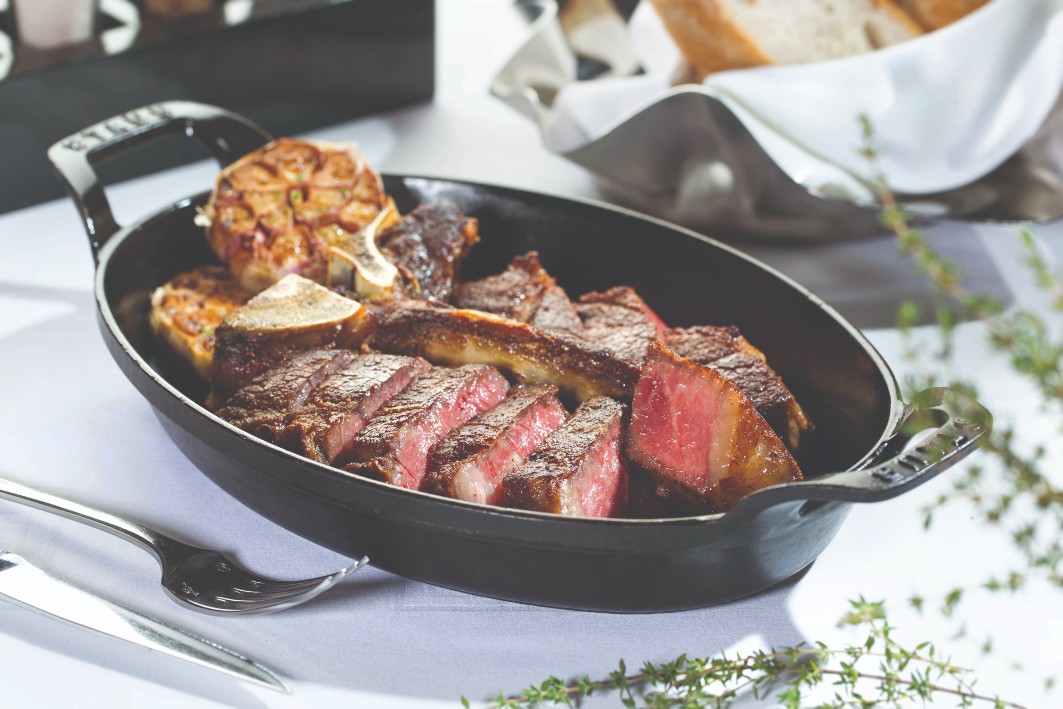 Diners can enjoy premium Australian and US beef at A Cut steakhouse, which has been newly promoted from a MICHELIN Plate to one MICHELIN star this year.

A Cut steakhouse, located on the ground floor of the Ambassador Hotel Taipei, has been promoted to one star this year from its previous MICHELIN Plate recommendation. Diners can watch as premium cuts of beef from the US and Australia are prepared in an open kitchen alongside a hip, glitzy bar encased by walls of wine cabinets. 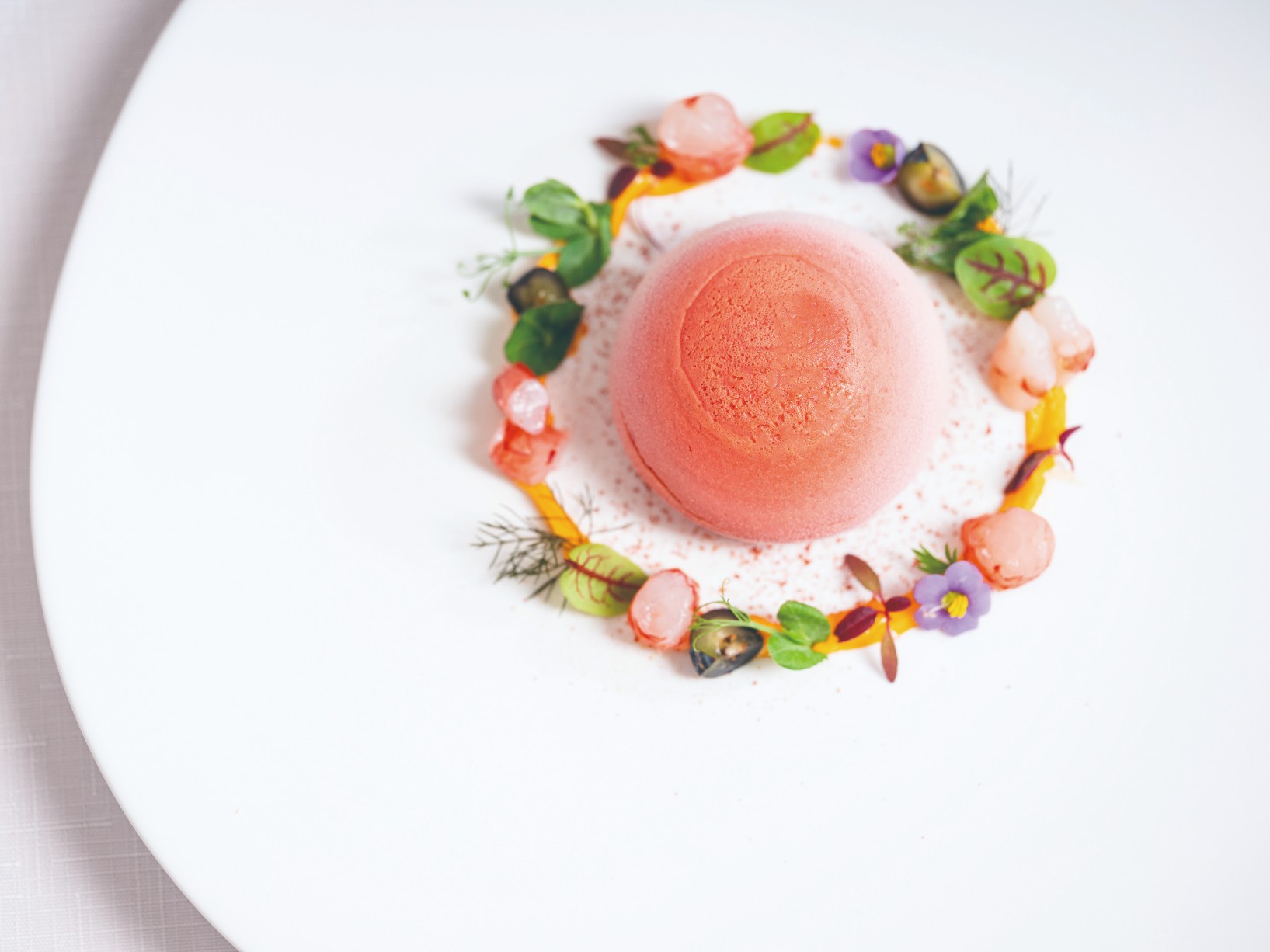 Two other restaurants in Taipei have been newly awarded one star. Molino de Urdániz, located in the MVSA Hotel, is the first overseas branch of the two-MICHELIN-star restaurant El Molino de Urdániz in Spain. The two head chefs were trained in the Spanish flagship and offer a 12-course tasting menu that takes diners on a culinary journey traversing the mountains and the seas of Taiwan.

The other new one-star restaurant is Sushi Akira in Zhongshan District, helmed by a chef with over 20 years of experience. The venue underwent a makeover in 2018, but what stayed consistent is the chef’s exacting standards in serving Edomae sushi using only the finest fish. With these new additions, Taipei has a total of 19 one-MICHELIN-starred restaurants.

Cantonese restaurant Le Palais maintains its three-star rating and is currently the only three-MICHELIN-star restaurant in Taiwan. In total, the 2020 edition of the MICHELIN Guide Taipei & Taichung lists 26 MICHELIN Star restaurants in Taipei.

In addition to the four newly-starred restaurants, there are 18 restaurants in Taipei that have newly entered the selection with a MICHELIN Plate rating. They span a diverse range of cuisines, from contemporary European (Anima, The Tavernist, Ulv and Yoru), Thai (Baan), Southeast Asian (Chope Chope Eatery), French contemporary (Mirawan and Paris 1930 de Hideki Takayama), Italian (Pasti Trattoria), Shanghainese (Shen Pu Shang Yen), Japanese (Sushiyoshi) and innovative (Chateau Zoe); as well as different styles including teppanyaki (Iron Chef Teppanyaki, The Ukai and Zan), barbecue (Vanne Yakiniku) and sushi (Sushi Masuda and Sushi Wou) — underscoring the importance of Taipei as an exciting and dynamic gastronomic centre that gathers culinary talents from around the world.

A total of 11 street food venues in Taipei’s iconic night markets such as Raohe, Ningxia, Linjiang Street and Jingmei were also highlighted in this year’s selections with a MICHELIN Plate.

READ MORE: These Are The New MICHELIN Bib Gourmand Eateries In Taipei And Taichung 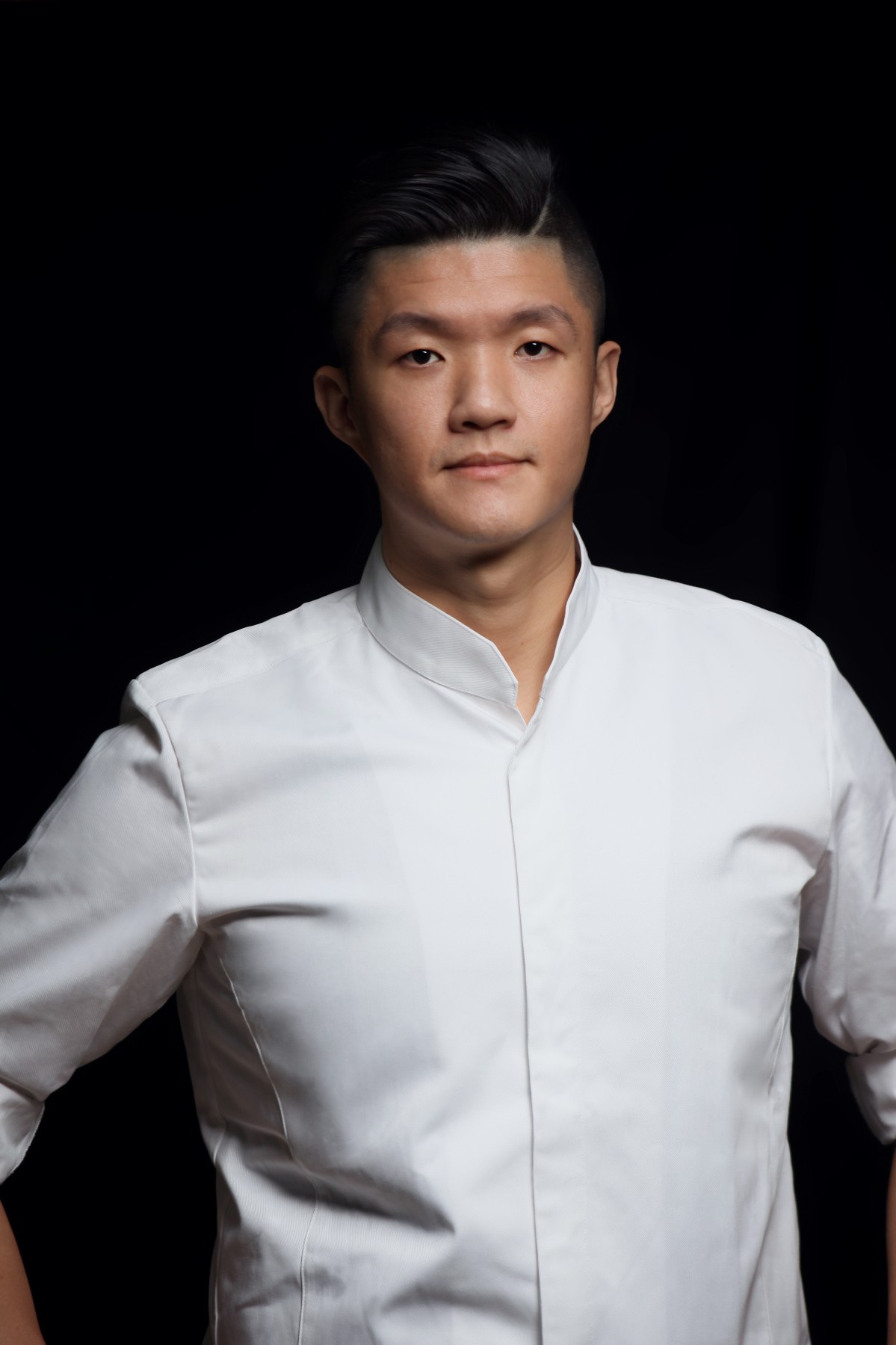 Expanding their selection to Taichung for the first time, MICHELIN Guide inspectors have recognised four restaurants in the city with MICHELIN Stars. “Our inspectors have been really impressed by the high level as well as the gourmet effervescence of Taichung culinary scene. They discovered no less than 56 restaurants worth a MICHELIN distinction, including one 2-stars and three 1-star restaurants, which all together illustrate the gastronomic attractiveness of the city”, commented Gwendal Poullennec.

Directly debuting in the MICHELIN Guide with two stars is JL Studio led by Singaporean chef Jimmy Lim, who earned his culinary chops in renowned global restaurants. For his tasting menu, he deconstructs iconic Singaporean dishes such as Hainan chicken rice or satay and chilli crab and playfully recreates them using solid French techniques. 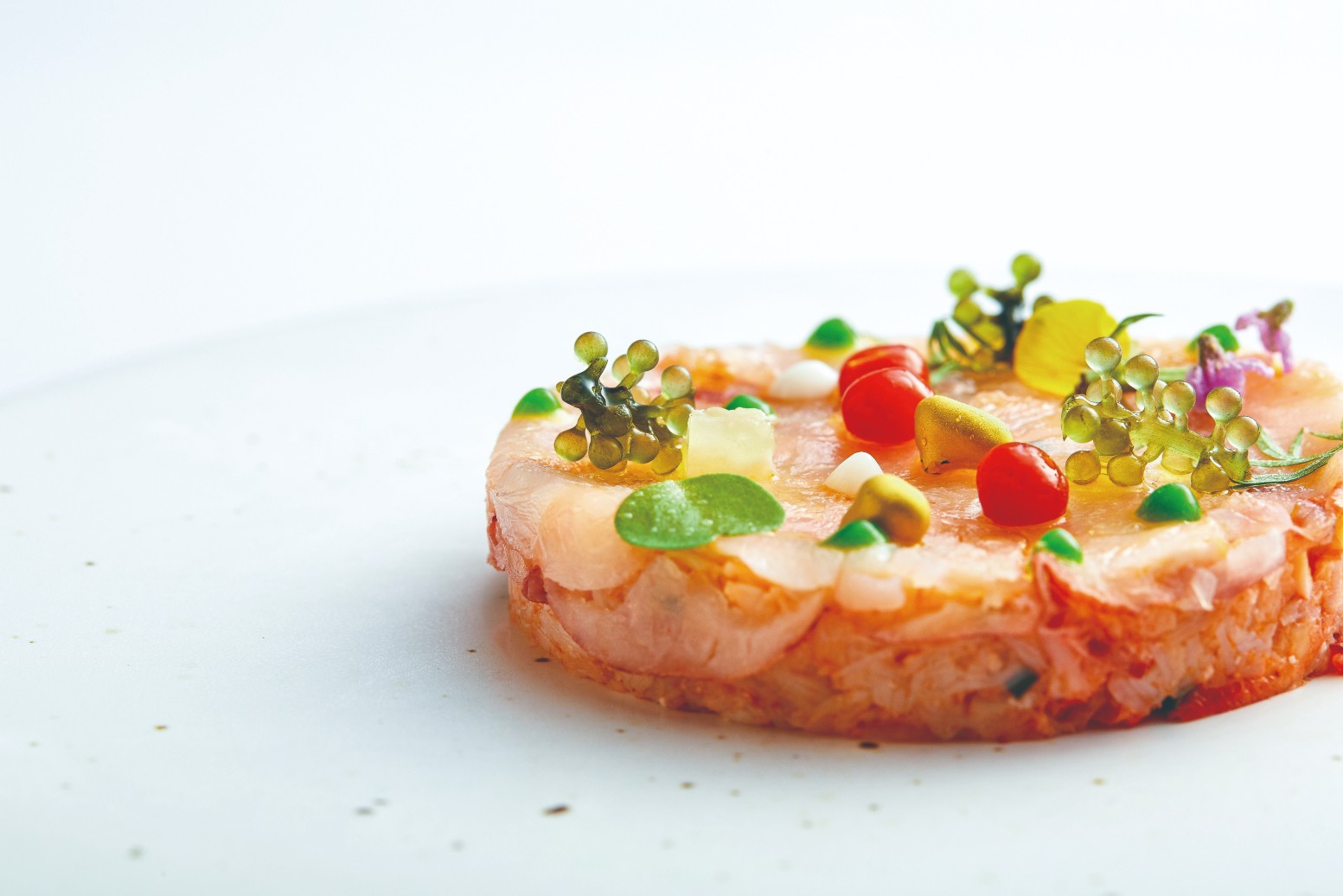 At Forchetta, veterinarian-trained head chef Max Tseng expresses his passion for food and gardening through his clever East-meets-West creations created almost entirely from local produce. Wagyu barbecue specialist, Oretachi No Nikuya, which means “our meat house” in Japanese, offers prized Hida beef cuts and rare breeds such as Kobe beef from Hyogo and Olive beef from Kagawa, as well as with a secret menu for those-in-the-know. 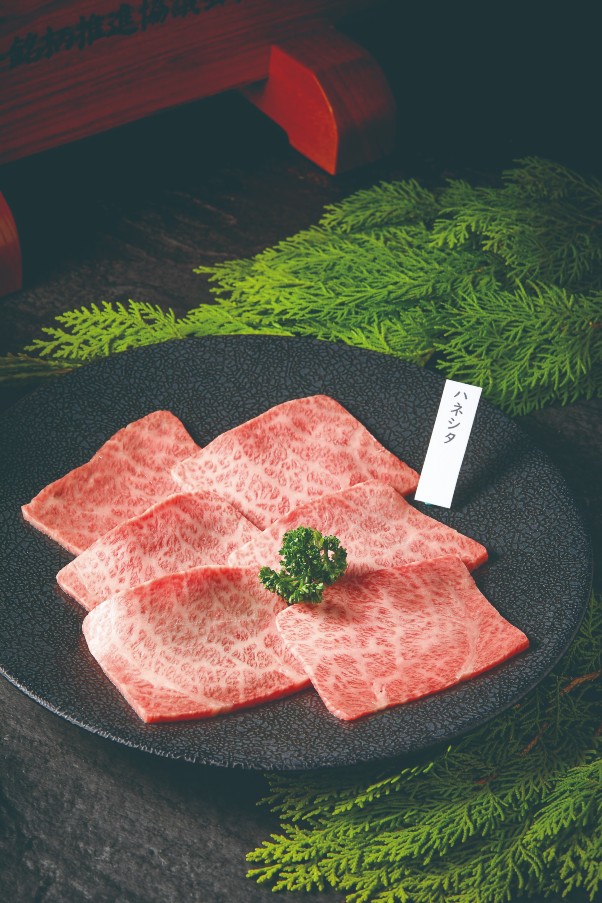 Oretachi No Nikuya’s chef-owner Sam Chung also receives the MICHELIN Young Chef Award this year. The award is given out to a chef who is under 36 years old and working in one of the MICHELIN Star restaurants in the year’s selection. MICHELIN Guide inspectors praised the 30 year old chef for his passion for ingredients, skilful techniques, and personal interaction with diners, making the dining experience all the more convivial and enjoyable.

In addition to the MICHELIN Star restaurants, the Taichung selection includes 31 restaurants that have been recognised with the MICHELIN Plate distinction, offering cuisines such as Taiwanese, Cantonese, Thai or French food and categories including barbecue, seafood, pasta, and sushi. Another 21 restaurants have also been awarded a Bib Gourmand in Taichung. 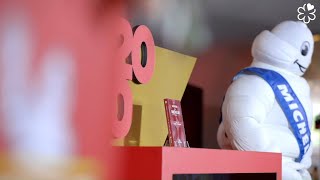