If you're anything like us, then you probably haven't done much in terms of holiday prep either. That's where we can step in to lend a little guidance this Christmas season (when it comes to the food part, at least).

In a city like New York, there are a bunch of options to choose from for celebrating the holiday. Here, we present 10 options for everything from the Feast of the Seven Fishes on Christmas Eve to day-of dinners after you've broken a sweat from unwrapping presents. 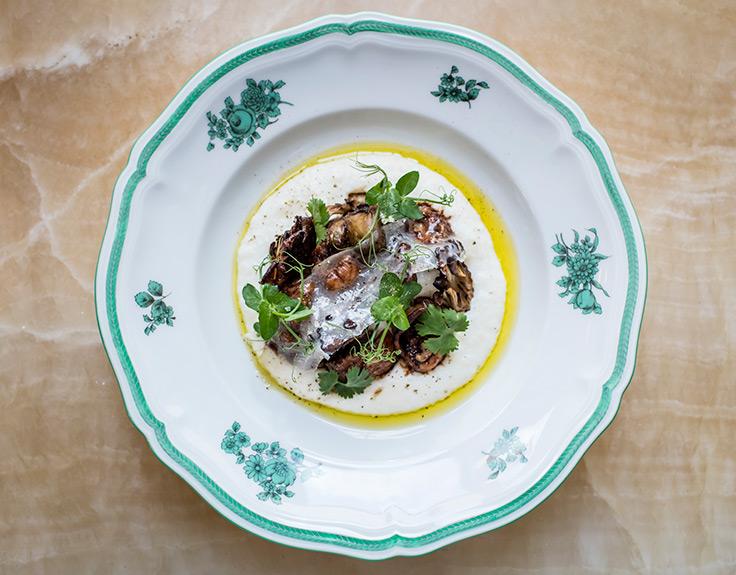 Head to the corner of McCarren Park for a special menu from chef Gabriel Salazar. Diners can order à la carte or opt for the three-course prix-fixe meal at $58 per person. Dishes include sweetbreads with white polenta, poached egg, Ibérico lardo and balsamic agridulce; gnocchi Parisienne with chanterelle mushrooms, sweet potato and fonduta; and pear tarte Tatin with elderflower, candied walnuts and vanilla ice cream.

Head here for a Feast of the Seven Fishes meal inspired by executive chef James Kelly’s grandmother and the homestyle Italian food he grew up on. The three-course menu is being served on Christmas Eve for $59 per person. Dishes include smoked trout, caviar and acciughe (anchovy); black spaghetti with uni, prawns and chile; and halibut cheeks with oyster brodo, spinach and salmoriglio.

Instead of the traditional Feast of the Seven Fishes, head to Simon Kim’s MICHELIN-starred Korean steakhouse for its signature Feast of the Seven Steaks on Christmas Eve. The meal features a tasting of seven cuts of beef paired with Korean accompaniments and seasonally inspired sides, all to the tune of $95 per person (plus tax and gratuity). 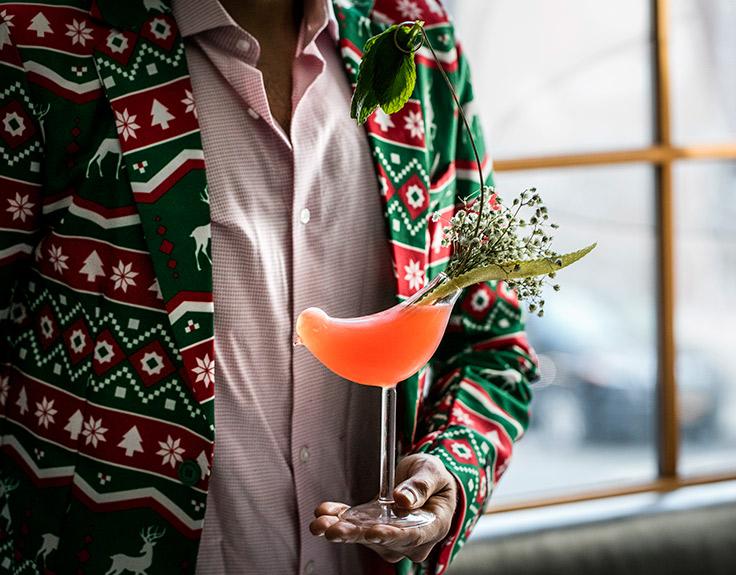 This Williamsburg favorite is running a seasonal bar pop-up called SNOWday in Brooklyn through the end of the month (except for Christmas Day when the entire restaurant will be closed and Christmas Eve when the restaurant will only serve brunch). For the pop-up, they're offering a bevy of festive drinks and food in the restaurant's decked-out ground-level bar room. With cocktail names such as Scroogin' For A Bruisin', Gelt-y Pleasures and Partridge In A Pear Tree to drink while you eat raclette beer cheese fondue with focaccia, pears, apples and seasonal vegetables, you're sure to have a good time.

Aquavit is celebrating Christmas Eve with julbord, a holiday version of the more standard smörgåsbord. Available for $135 per person, the meal includes 11 types of herring, a selection of seafood dishes, racks of lamb, wild game sausage, dry-cured gravlax, juniper-smoked salmon, a variety of desserts and much, much more. They've also prepared gløgg to sip on while you graze the offerings.

Looking for something to do those days surrounding the main event? Cookshop is doing 12 days of brunch December 20 through the first of January (excluding Christmas Day). They're also offering a festive Christmas Eve dinner menu with dishes like Maine lobster with soft polenta and American caviar or rotisserie duck with lentils, Dijon and a cranberry and blood orange relish. Finish the meal with a Bûche de Noël from executive pastry chef Emily Wallendjack. 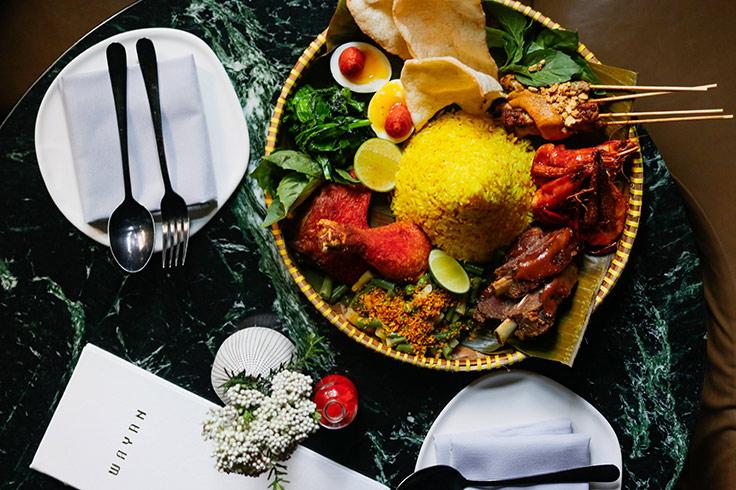 If you're looking for something other than your typical American Christmas fare, head to Cedric and Ochi Vongerichten's Indonesian restaurant in SoHo. Open Christmas Day from 1:00 p.m. to 7:00 p.m., in addition to specialty brunch dishes there will be a "Holiday Tumpeng," which they describe as "a traditional Indonesian family-style dish with yellow cone-shaped rice and an abundance of sides such as roasted baby chicken betutu, beef short rib rendang, lamb satay and mango salad meant to symbolize gratitude, togetherness and harmony."

Head to this wine bar on Christmas Eve or Christmas Day for a special three-course prix-fixe dinner menu for $40 per person. The menu features mâche salad with aged Gruyère and truffle vinaigrette, braised beef cheek goulash with spaetzle, and a chestnut tart with rum caramel mousse and Armagnac sabayon. And fittingly, there two optional wine pairings for either $25 or $35 per person. There's also mulled wine on offer all month long.

There's a special prix-fixe menu being offered on Christmas Eve from chef Ignacio Mattos and chef de cuisine Zach Zeidman. At $105 per person, dish offerings include scallop crudo with sorrel and sea fennel, canneloni di ricotta with wild mushrooms and black truffle and porchetta with braised lentils and mostarda di Cremona. A wine pairing is available for an additional $65.