When Julien Royer first arrived in Singapore in 2010 as a young chef, he never imagined that he would end up staying in the city for as long as he did, and in the space of a decade, go on to helm one of Asia’s most celebrated restaurants.

Since opening in 2015, Odette rise has been meteoric, entering Singapore's very first edition of the MICHELIN Guide in 2016 with two stars, then clinching the top distinction of three MICHELIN stars in 2019.

We catch up with Royer as he celebrates the fifth anniversary of Odette with a special multi-course menu themed “Marchands de Bonheurs” or Merchants of Happiness, created in collaboration with five rising chefs in his brigade.

RELATED: The First Day We Got Our Stars: Julien Royer

How has your culinary style evolved since you arrived in Singapore?

The cuisine has evolved a lot since we opened Odette. When I take a step back and look at what we have done before, I would not do the same thing again. I feel a lot more confident and happy with what we cook now—this has come from a better understanding of where we are and how people in a particular place eat. The backbone of the cuisine at Odette is still French. It is French cuisine in its DNA but it is a cuisine that is open to different things. Whether it’s the produce, the flavours, the technique, we try to bring an interesting note of Asia into our cooking.

Also, I’ve noticed that as I become more mature as a chef, I tend to remove things from the plate now rather than putting many elements, some of which are not necessary. What I do now is to refine the style and focus on the essentials: a very nice sauce—because sauce is the DNA of French cooking, a great quality produce, and then a garnish. If we have the three components right, we can produce a great dish. 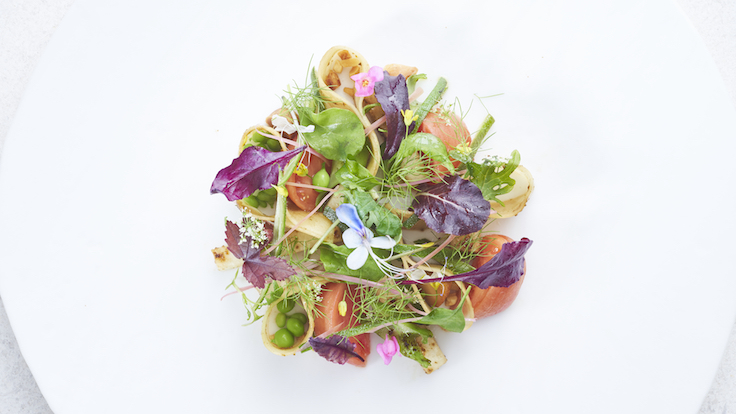 A signature dish, Promenade A Singapour celebrates a sense of place with the use of herbs from local farm, Pocket Greens. (Photo & Banner Photo: Odette)

What were some of the most memorable meals and milestones that have marked Odette’s journey so far?

It’s hard to pick just a few highlights! We have been very fortunate to have had many chefs and friends come here to cook together with us: Mauro Colagreco from three-star Mirazur, Dominique Crenn from San Francisco, Josean Alila from Nerua Guggenheim in Bilbao, among many others. We did a dinner here with chef Alain Passard from three-MICHELIN-star Arpege in Paris and this collaboration was really exceptional because you are welcoming a culinary legend, a heavyweight of our industry and an idol for many of us here. To have him cooking alongside us was something really quite special.

Another highlight of these years was winning the three MICHELIN stars. My hometown is Auverne where Michelin originated from, and as a kid you always looked at those MICHELIN star chefs and it’s almost an untouchable dream. And now that we are part of this dream, living this dream.

How are you celebrating Odette’s 5th anniversary?

In the past we would have had a guest chef come to cook with us, but obviously we can’t this year because of travel restrictions, so I told myself: Why not put the spotlight on my team? These are the people that make Odette what it is on a daily basis. So, I’ve invited five of the key people in my brigade to create a menu together with me that we are going to showcase over three days. The response has been overwhelming. 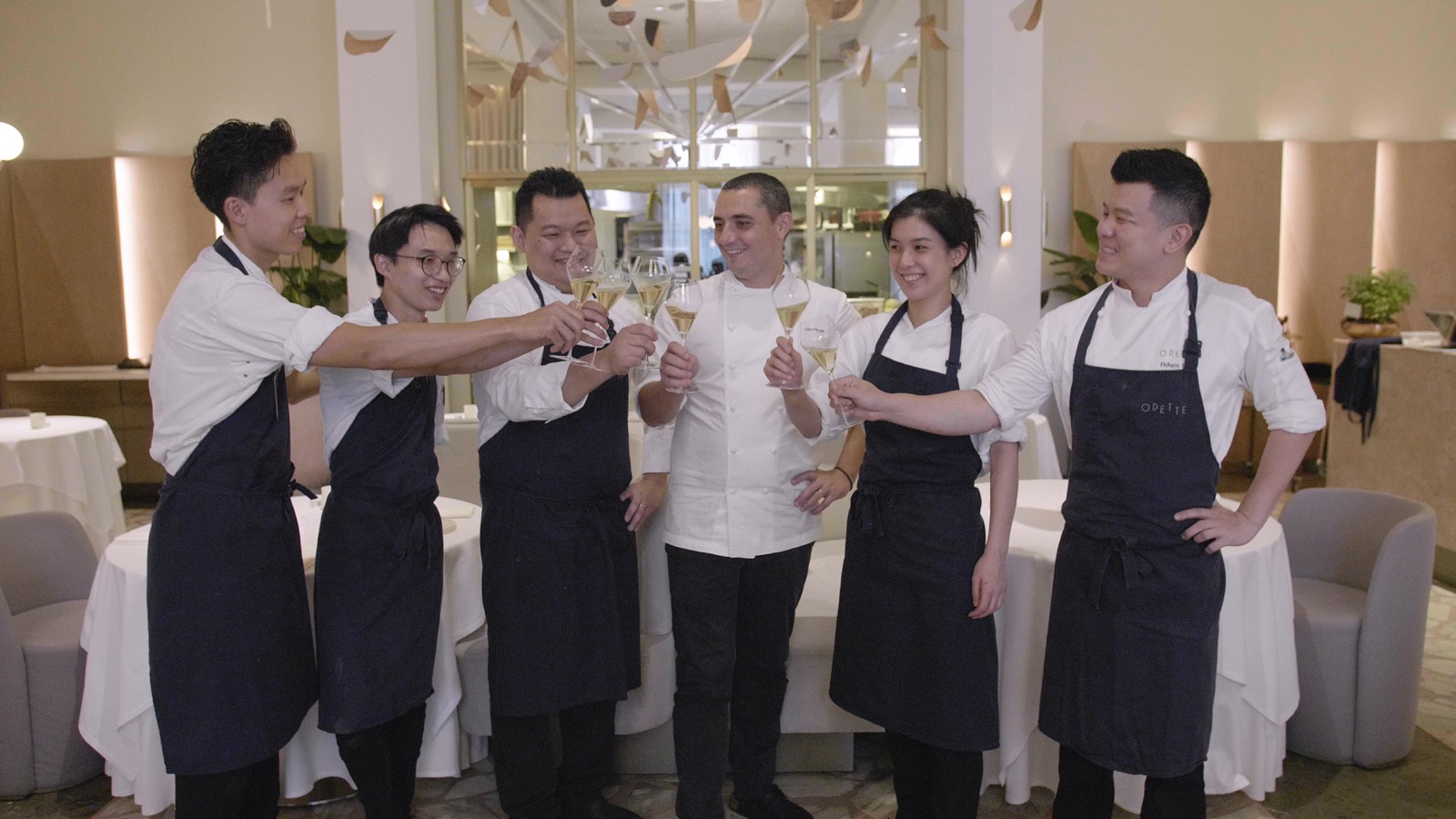 Why is putting people first important to you and in what ways have you seen the fruit of that in your kitchen?

People are at the core of what we do. Hospitality is about creating special experiences for our guests but that comes by creating a special environment for our team. We have nearly 40 people on staff, it’s a big team of passionate people and everybody has a stone to bring to the castle.

There are a couple of people in this kitchen that have been with me for a very long time—some 10 years. And now I know whether I’m here or not, there will not be any difference for our guests. Because I know them by heart and they know me by heart. Sometimes it’s crazy, we don’t need to talk and they know what I want.

2020 has been an eventful year—what are some lessons that this year has taught you?

I think this year has been tough for everyone but one thing I want to remember from the year is to not take anything for granted, because we know things are fragile. Another thing I want to remember as well is the importance of eating well, and eating healthy food that is good for you. Because, at the end of the day, we realize how important it is to be healthy and good health comes by eating good food. I really believe that we should all try and strive for better lifestyle, better quality food, better ingredients and sometimes maybe eat less but better.