Celebrating its 5th anniversary this year, the MICHELIN Guide Singapore is delighted to announce its MICHELIN Star restaurant selection for 2021, together with the Bib Gourmand and MICHELIN Plate highlights.

Gwendal Poullennec, International Director of the MICHELIN Guides says, “Despite the challenges posed by 2020, it has been impressive to observe how the chefs and their teams were able to reinvent and adapt to the unfolding situation. On top of managing their restaurants, they also came together in looking out for those who were in need in their communities; from feeding migrant workers and frontline workers, to setting up welfare funds for displaced F&B staff. In this 2021 edition, we pay tribute to the perseverance and dedication of these professionals, who continue to bring us together over the finest gastronomy and experiences. I believe the readers of the MICHELIN Guide and all food lovers are excited to continue discovering Singapore’s colourful and resilient dining scene, as well as the reinventions that have taken place over the last year and those to come.” 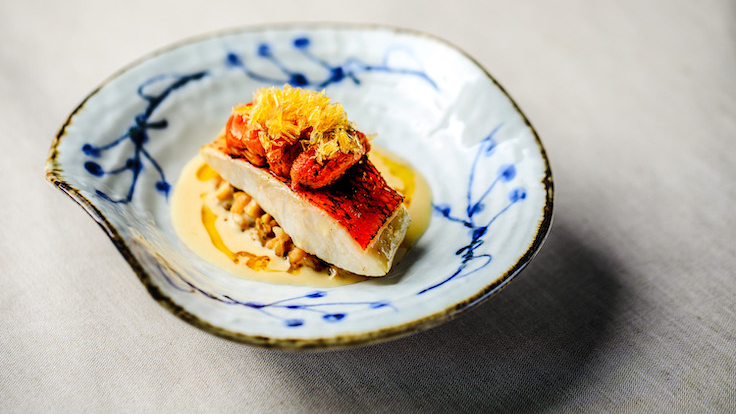 With Zén’s promotion to Three MICHELIN Stars, Singapore is now home to a total of three 3-Star restaurants, including Les Amis and Odette

After debuting in the 2019 edition with Two MICHELIN Stars, Zén is promoted to Three MICHELIN Stars in 2021, the highest accolade in the MICHELIN Guide. Sister restaurant to 3-Star Frantzén in Stockholm, diners in the Singapore restaurant are served dishes created using premium ingredients from Europe and Japan, underpinned by French cooking. Each creation has a unique character and the dining experience is thoughtful.

With Zén’s promotion, Singapore is now home to a total of three 3-Star restaurants, including Les Amis and Odette, which were elevated to this category in 2019. 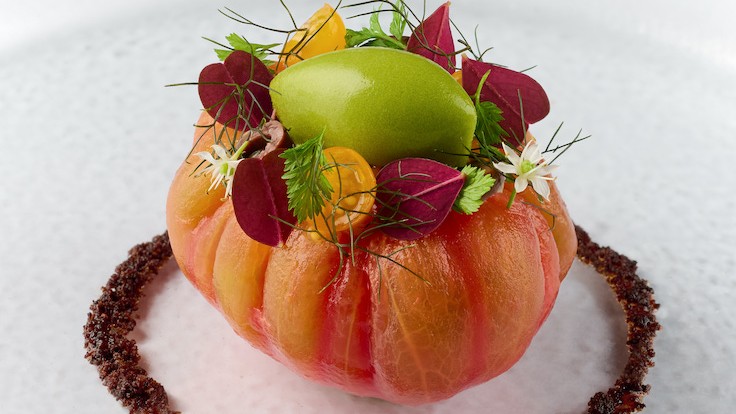 Jaan by Kirk Westaway also receives a second MICHELIN Star in 2021 for its modern reinterpretation of British gastronomy through an innovative culinary lens. Michelin inspectors praise the restaurant for embodying the quintessence of fine dining and its good use of amazing British produce to create a romantic restaurant that has it all – food, service, ambiance, and spectacular views.

There are 12 new restaurants in the One MICHELIN Star category in the 2021 edition. Of these, four are making their debut, three have gained MICHELIN Stars for their new openings, while five have been promoted from MICHELIN Plate. 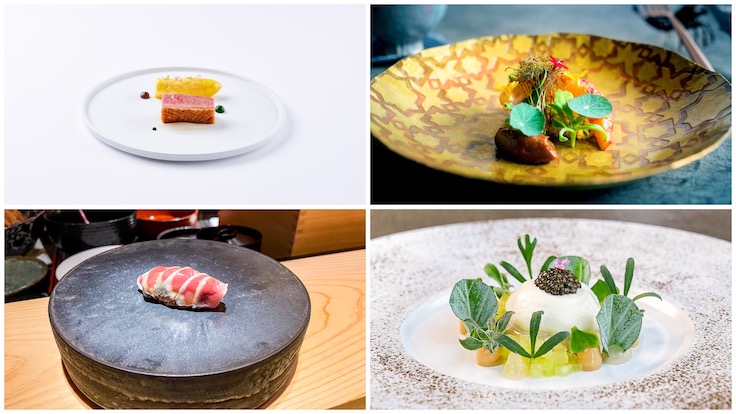 Four restaurants debut in the 2021 edition with One MICHELIN Star

4 Restaurants Debut in the 2021 Edition with One MICHELIN Star

Art, located in the National Gallery, offers sensational views and a gastronomic journey rooted in Italian traditions and invigorated by creativity, finesse, and creative food combinations that work wonders.

At Oshino, sushi rice from the chef’s home prefecture Yamagata is dressed with vinegar and hand-pressed into nigiri with a slightly modern twist.

Sommer offers multi-course menus that exhibit acumen, finesse, and harmony. The precise and well-timed service is another highlight that adds to the dining experience. 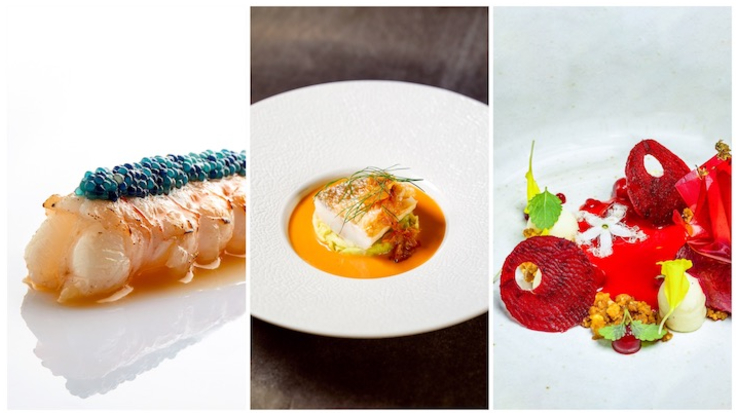 Basque Kitchen by Aitor, Whitegrass, and Lerouy all gain One MICHELIN Star for their new openings

Basque Kitchen by Aitor, which reopened in the Fullerton Waterboat House in April 2021, combines past and present culinary influences on its multi-course omakase menus that pay tribute to classic Basque flavours and produce.

At Lerouy, which moved from Stanley Street to Amoy Street in Tanjong Pagar in November 2020, the chef team takes a slightly less formal approach to French cooking and punctuates it with Alsatian influences in homage to the chef’s roots.

Whitegrass, which shuttered in December 2018 and relaunched with a new concept and new chef in May 2019, serves fresh and seasonal Japanese ingredients turned into classic French fare with contemporary Japanese twists.

The re-selection of these restaurants by the MICHELIN inspectors is an affirmation of their continued efforts to deliver at high levels of gastronomic excellence. 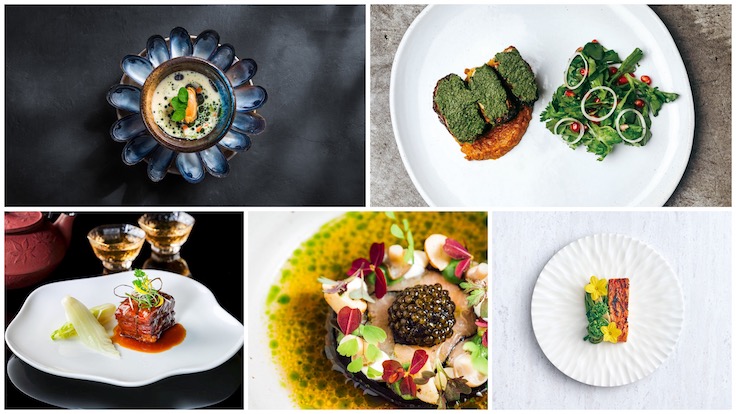 Five restaurants are promoted to One MICHELIN Star from Plate

5 Restaurants Promoted to One MICHELIN Star from Plate

At Cure, Irish Classics are re-imagined with original ideas and quality produce. The whimsical Nua Irish cuisine tasting menu is inspired by the chef’s background, homeland’s culinary culture, and even childhood memories.

Esora offers a meal that pays homage to the four seasons, with elaborate plating and floral arrangements to match. The delicate dishes are sparingly seasoned to accentuate their natural flavours, which are pleasing to both the eyes and palate.

The mainstay of the menu at Shang Palace is an array of Cantonese classics, yet they are reinvented with creative twists including, but not limited to, Chinese regional influences.

At Thevar, the multi-course menu is rooted in Indian tradition and crafted with European techniques, which also showcase fine balance and mindful touches.

Known as the city’s first caviar bar, 28 Wilkie offers five varieties of the black gold sourced from their farm. The food embodies the kitchen team’s modern take on Italian cooking, and some of the dishes are inspired by the chef’s family recipes.

With these new additions, Singapore has a total of 41 One MICHELIN Star restaurants. 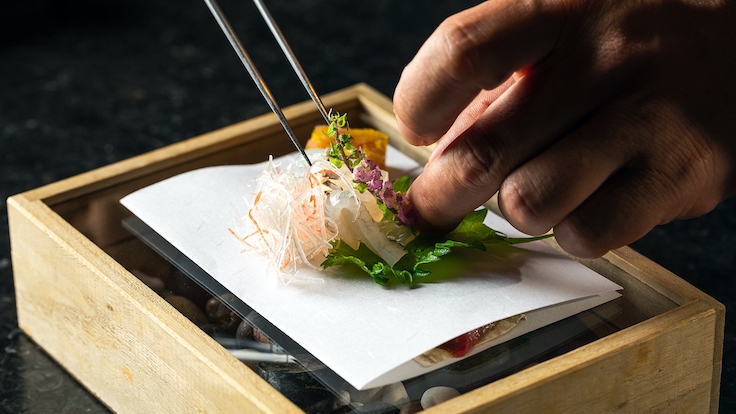 There are also 14 restaurants in Singapore that have newly entered the selection with a MICHELIN Plate distinction. They span a wide range of cuisines from Indian (Adda), Innovative (Euphoria), Peranakan (Indigo Blue Kitchen), Japanese (Kappo Shunsui), French Contemporary (La Dame de Pic), European Contemporary (Mag's Wine Kitchen, Riviera, Vue), Spanish (Olivia), International (Open Farm Community), Thai (Un-Yang-Kor-Dai), and Chinese Contemporary (Yi by Jereme Leung); as well as various styles that include steak (Gemma) and Sushi (Sushi Kou). This showcases Singapore as a dynamic and exciting cultural centre of many gastronomic talents from all over the world.

READ MORE: What to Eat at the 14 New MICHELIN Plate Restaurants in Singapore 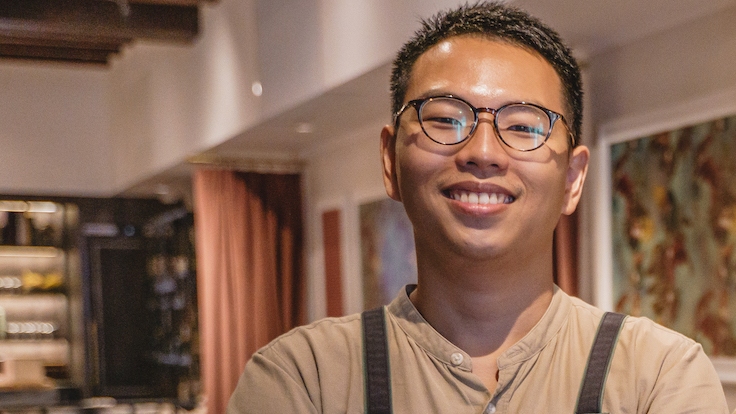 The MICHELIN Guide also marks its 5th anniversary in Singapore by launching the first-ever MICHELIN Guide Young Chef Award. The award recognises a young chef working in a MICHELIN-starred restaurant who has exceptional talent and great potential.

Chef Mark Tai of Cloudstreet is the winner of the MICHELIN Guide Singapore 2021 Young Chef Award. A graduate from the Culinary School of America and with more than several years of professional experience both in the hotel and restaurant industries, Tai’s expertise and leadership goes beyond the kitchen and shines in its operational and dining aspects, too. At Cloudstreet, his skill is showcased in the complex dishes that boast his talent in a most delicious way, as well as good leadership skills with the team. A high level of cooking consistency with good use of quality products is ensured at all times.

Additionally, Michelin had earlier unveiled on 12 August its selection of 69 Bib Gourmand establishments that offer a value-for-money meal for less than S$45. The selection of the MICHELIN Guide Singapore 2021 also recognises 142 Plate restaurants, for a total of 260 award-winning addresses, 19 more locations than 2019’s list.

All images are from the restaurants.