MICHELIN Plate What to order Singapore

In the MICHELIN Guide Singapore 2021 selection, there are a total of 67 restaurants that have a Plate recognition, 14 of which are new. Here are what caught the eyes — and tastebuds — of our Michelin inspectors. 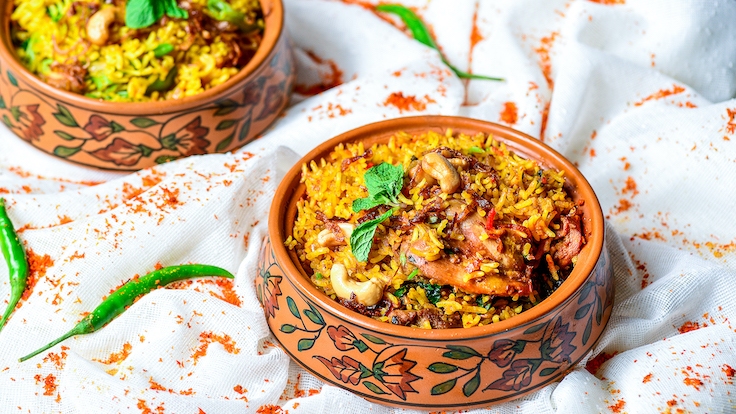 What The Inspectors Say: At Adda, the famous Chef Manjunath Mural imbues Indian street favourites and classic comfort food with modern touches. His signature Butter Chicken Pot Pie and vegetarian Bollywood Burger pleases not only the palate, but also the eyes. At the centre of this trendy and colourful dining room, there is a large table that’s perfect for big parties or business lunches. Head to the bar for a pre- or post-meal cocktail, or drop in for the Sunday brunch. 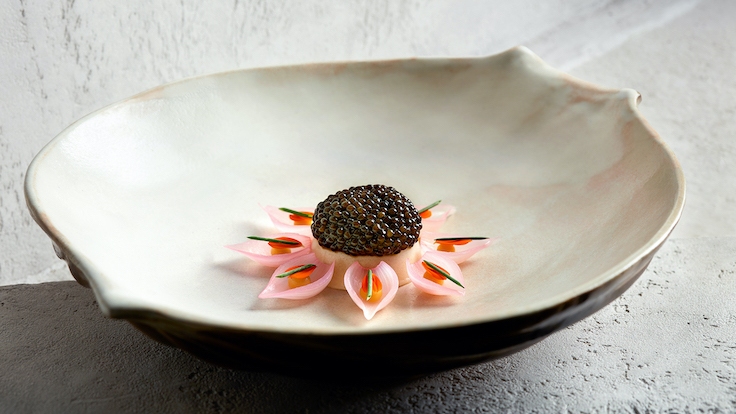 What The Inspectors Say: The head chef of Euphoria once found onion repulsive, but then — by chance — discovered his love for the pungent bulb and went on to fuel his obsession with it. The allium is hard-wired in Euphoria’s DNA — from the décor and tableware, to the sauces and dishes. His Oignon Jamboree, which makes an appearance in the lunch and dinner prix-fixe, elevates the onion from a supporting role to a leading cast — different varieties of onions cooked five ways are topped with caviar. 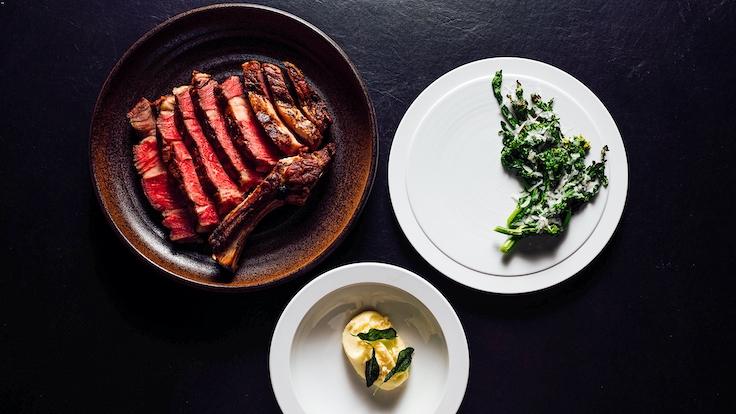 At Gemma, most of the beef is imported from Australia, yet Italian influences abound in every course.

What The Inspectors Say: Nestled in the solemn architecture of the National Gallery, this steakhouse boasts a bold décor with a bright red couch, marble wall panels, and gold columns. The kitchen is helmed by an Italian chef, so while most of the beef is imported from Australia, Italian influences abound in every course. Imagine a signature T-Bone Fiorentina steak, dry-aged in-house for 30 days, and then grilled over sherry barrel wood. Check out the wine list, which includes fine Italian labels, too. 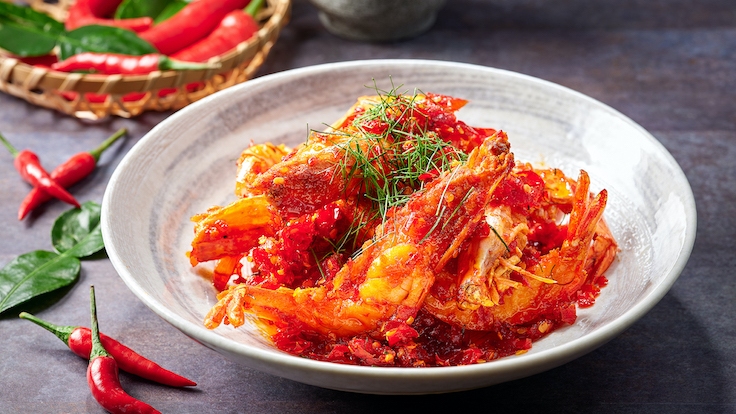 What The Inspectors Say: This chef here is not Peranakan, but he recreates some iconic Nyonya dishes to great effect simply from the Peranakan owner’s memory and knowledge. Try his Duroc Pork Rib Pongteh, a traditional recipe tweaked slightly to heighten the flavours and to keep the meat tender and juicy. Certain items only have limited availability, so do feel free to check with the servers. For banquets and parties, there is a private room available that seats up to 12 guests. 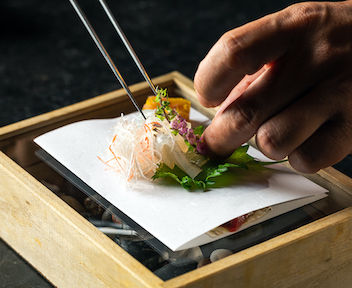 What The Inspectors Say: This pitch-black, 13-seater counter feels more like an experimental stage than a restaurant, thereby building excitement for the theatrical, multi-sensory meal that is about to unfold. Sitting at the counter keeps you close to the action, but projection screens streaming live footage of the chef’s culinary pyrotechnics take it to the next level. There is only one omakase menu that changes monthly, with the option of upgrading for extra. All ingredients are shipped fresh from Japan. 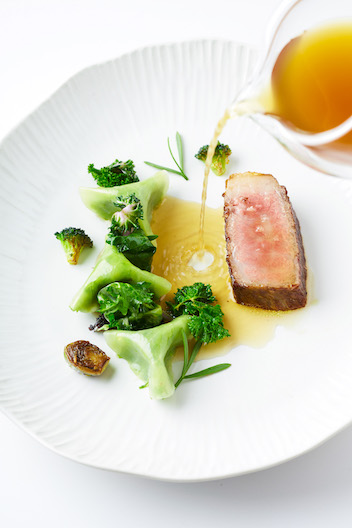 What The Inspectors Say: The first dining concept by the renowned chef Anne-Sophie Pic in Asia, this restaurant sports a high-ceilinged room with grand arches, modern light fixtures, and a lush garden. The head chef has worked with Chef Pic for more than ten years and ensures her culinary vision is faithfully presented here. Set menus feature ingredients mostly from France, thereby recreating a number of signatures à la Chef Pic. Singaporean touches are nicely apparent in the hors d'oeuvres. 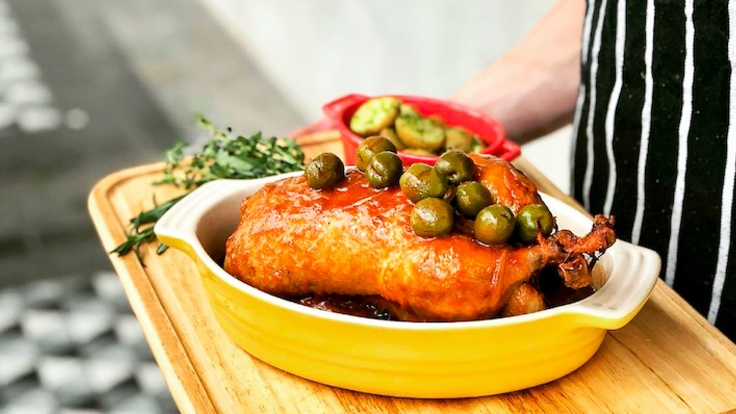 What The Inspectors Say: Upon setting foot in this restaurant, two things immediately catch your attention — the small walk-in cellar and the bustling open kitchen where chef-owner Mag directs the team. What it lacks in space, it more than makes up for in delicious food and an extensive wine selection. On the French and Italian-heavy menu, quality ingredients are shrewdly prepared into rich and flavourful courses, with clean and modern mise en place. 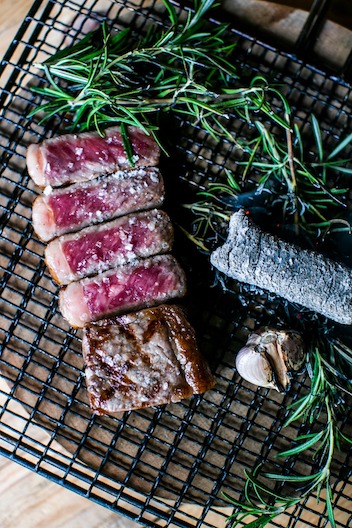 What The Inspectors Say: Come to this lively Catalan spot to share tapas packed with flavour, finished with finesse and plated with modern aesthetics. Don’t miss the iconic creamy cheesecake, and “spherical olives”, a tribute to the now-defunct legend — El Bulli. The chic interior is by Barcelona-based designer Rosa-Violán, which creates a perfect vibe, day or night. Service is super-friendly and attentive, while the maître d is always up for a chat. 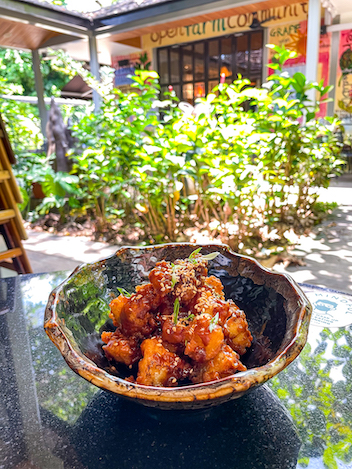 What The Inspectors Say: Adjacent to the Botanic Gardens, this verdantly set glasshouse combines urban farming into its dining concept. The founder-chef advocates an eco-friendly philosophy and therefore designed a menu that comprises mostly of plant-based dishes. Produce may be sourced from local artisan farms, as well as Malaysia, but the food shows eclectic technique and flavours from around the world. The big hit Cauliflower "Wings" are inspired by chicken karaage and seasoned with miso. 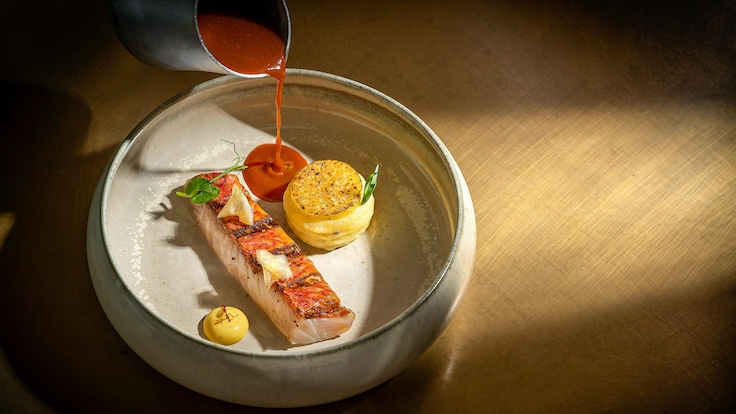 What The Inspectors Say: The French chef here has honed his skills in some of the most prestigious kitchens in Morocco and France; however, his culinary choices are also influenced by his Italian lineage. That’s the reason behind the prix-fixe menus at Riviera — each showing technique and character from all three cuisines. Regardless if you’re here for lunch or dinner, thanks to the floor-to-ceiling windows, jaw-dropping views of the Marina Bay waterfront are an absolute bonus. 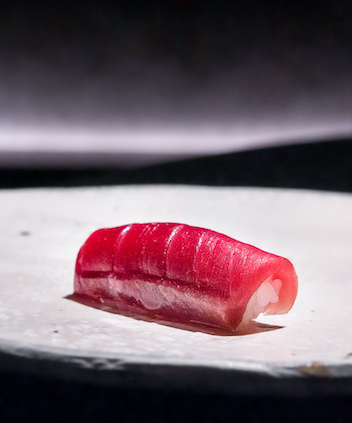 What The Inspectors Say: Many sushiya pick obscure locations for a mystical aura. That’s why this decidedly upmarket restaurant’s decision to open in a chain-brand hotel has surprised many. The head chef is an alumnus of a famous sushiya in Singapore, and he offers three set menus at lunch and dinner. He takes particular pride in the abalone dish that appears in the "Kou" menu, whereas "Itaru" boasts truffle courses. The beverage list boasts a broad selection of wine and sake. 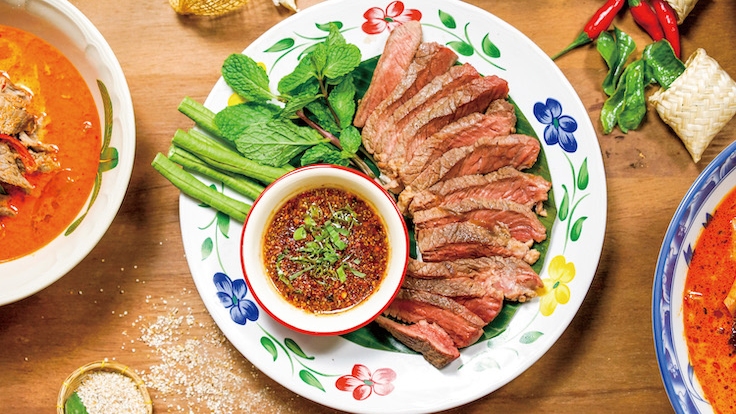 What The Inspectors Say: Though its name means "anything goes", this restaurant is exceptionally specific about the food it serves — Isan cuisine hailing from northeastern Thailand and famous for its infernal heat. The PenLaos Signature Chicken is marinated with white peppercorns and coriander for three days before being grilled to perfection. Leng Zaab is a dish of pork ribs cooked in a spicy-sour broth that is simply addictive. Ask for the house-made Isan tamarind dip to dunk the pork in. 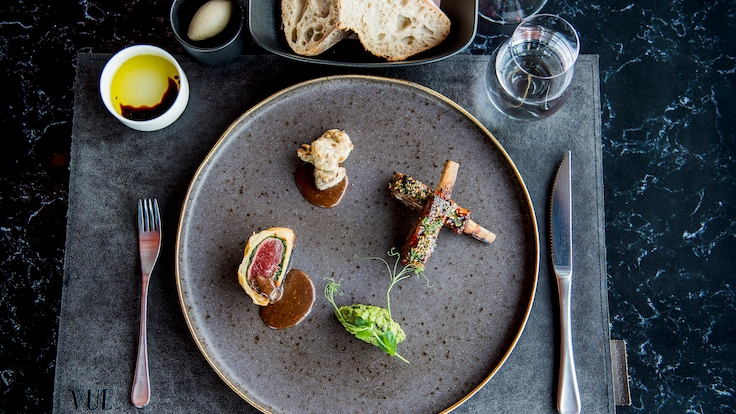 Vue is a romantic restaurant boasts one of the most stunning views of Marina Bay.

What The Inspectors Say: Aptly named after the French word for "view", this romantic restaurant boasts one of the most stunning vistas of Marina Bay. Even the ceiling is designed to emanate light without casting reflections on the glass panes. The menu shows the culinary vision of the young head chef, with the four-course chef’s tasting menu being the most popular choice, where diners may choose from a number of interesting options. Steaks and risotto are great for sharing. 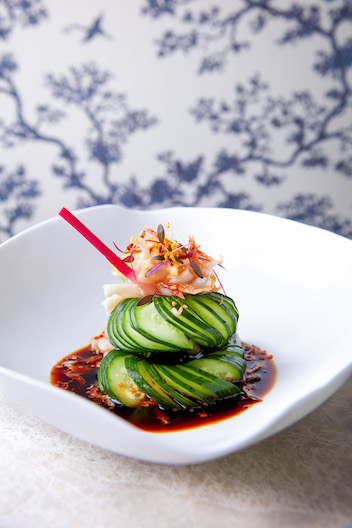 What The Inspectors Say: The eponymous chef has worked in China for years to garner not only traditional skills and its food philosophy, but also knowledge on a diner’s various needs and upcoming trends in the culinary world. He returned to Singapore and opened Yi — the Chinese word for art and craftsmanship — evidenced by both the fancy dining room, adorned with exquisite paper art, and the food reflective of eclectic influences across China. Creative dim sum is available during lunch.

All photos are from the restaurants.

Check out the full selection of the MICHELIN Guide Singapore 2021 here.