Though a young nation, Singapore’s history stretches back more than 700 years, its narrative and stories preserved in historic sites and national monuments all over the island. Many of these heritage buildings are now homes to some of the country’s most celebrated restaurants. Here are seven MICHELIN-starred establishments where you can have a slice of history with your meal. 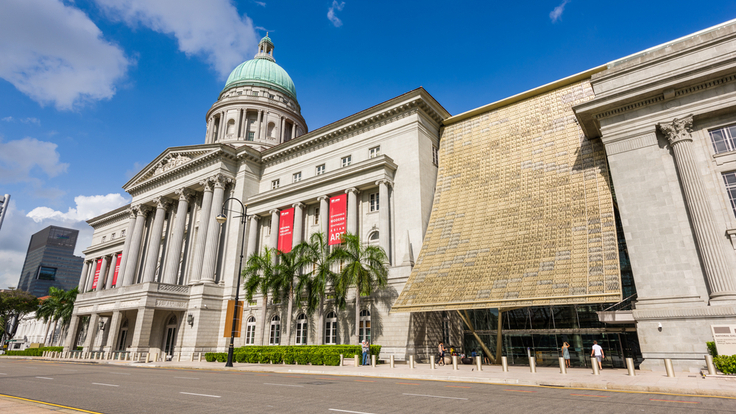 Of course, we know it today as the National Gallery Singapore, but the gleaming modern art museum occupies the premises of two of the country’s most historical national monuments: the former Supreme Court and City Hall. Designed in the Neoclassical style which the British empire favoured for civic structures in the 1930s, the former Supreme Court building once housed the highest court in Singapore while the former City Hall situated next door served as an important government office in Singapore. These historic buildings bear witness to Singapore’s colonial past and many of its milestones on the road to independence, including the Japanese occupation from 1942 to 1945 and the end of colonial rule in 1963. The National Gallery is now home to more than 8,000 artworks — the world’s largest public collection of Singaporean and South-east Asian art — and two-MICHELIN-starred restaurant Odette, whose stunning interiors reference elements of the building's historic architecture. 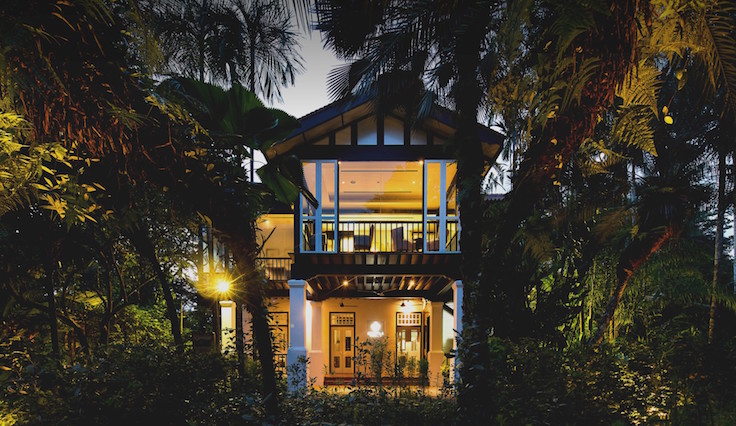 At one-MICHELIN-starred Corner House, chef Jason Tan serves up his brand of contemporary “gastro-botanica” cuisine, inspired by its surrounds in the Singapore Botanic Gardens. The restaurant is named after the heritage black and white colonial bungalow it sits in, the E J H Corner House, formerly the home of British botanist Eldred John Henry Corner. Corner served as the assistant director of the Botanic Gardens from 1929 to 1945, making critical contributions to Singapore’s history and was responsible for the “greening” of Singapore by means of the nature reserves, the Botanic Gardens and roadside trees. He also helped safeguard the scientific and cultural possessions of Singapore during the Japanese Occupation, particularly the collections of the National Museum and the National Library. The E J H Corner House received conservation status in May 2008 and is today the beautiful setting for Tan’s inspired cuisine. 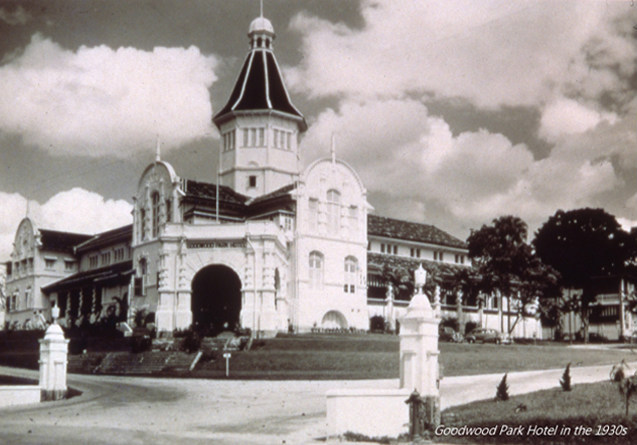 Perched on an incline in the heart of Singapore’s Orchard Road district is Goodwood Park Hotel, where one-MICHELIN-starred Alma is located. The Tower Wing of the hotel is a prominent landmark with a unique Queen Anne Revival style architecture that features brick pediments, towers, verandahs and elaborate mouldings. It was home to the German Teutonia Club, one of the earliest European national clubs in Singapore and built by Regent A. J. Bidwell who was also responsible for the final designs of Victoria Theatre and Victoria Concert Hall. After World War I in Europe, the property was bought over by three successful Jewish brothers who eventually developed it into the elegant Goodwood Park Hotel in 1929. 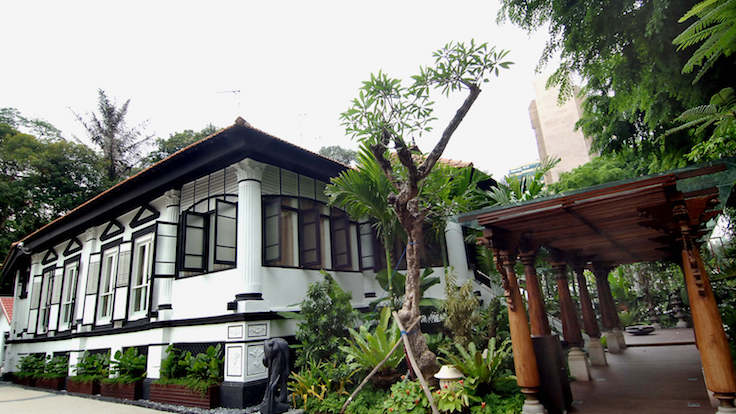 The Song of India (Pic: The Song Of India)

The Song Of India
One MICHELIN Star, MICHELIN Guide Singapore 2018

Indian fine-dining institution The Song Of India is housed in a classic black and white heritage bungalow a stone’s throw away from Orchard Road. These colonial-era houses in the Tanglin area are built in mock Tudor Elizabethan style, after the popular architectural style of the English Tudor era in the 1500s. The characteristic black and white colours of their facades are due to the use of exposed dark timber frames and whitewashed walls. These bungalows were built in the early 1900s to serve as residences for colonial officials and civil servants. Only about 500 of such black and white bungalows remain in Singapore, a reminder of the colonial era and an invaluable part of the nation’s history. 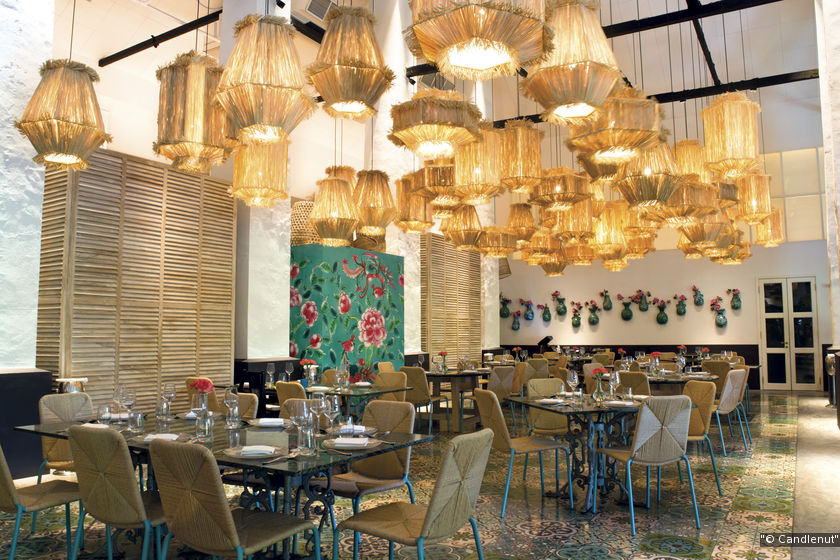 Dempsey Road — named after Miles Christopher Dempsey, Commander-in-Chief of the Allied Land Forces South-east Asia and General Commanding Officer of the Malaya Command — was originally the site of a nutmeg plantation that later became the Tanglin Barracks that housed British troops in the late 1800s. In World War II, Tanglin Barracks was taken over by the Japanese and became one of the assembly points where British and Australian troops marched to internment. After the war, the barracks served as military headquarters for the British Far East Land Forces and then MINDEF and CMPB till the early 1990s when it was leased to the private sector. Redeveloped in 2007, this tranquil hideaway is now a dining, entertainment and shopping destination with establishments like MICHELIN-starred Peranakan restaurant Candlenut housed in the cavernous, light-filled former barracks.

RELATED: The First Day I Got My Michelin Star: Malcolm Lee Of Candlenut In Singapore 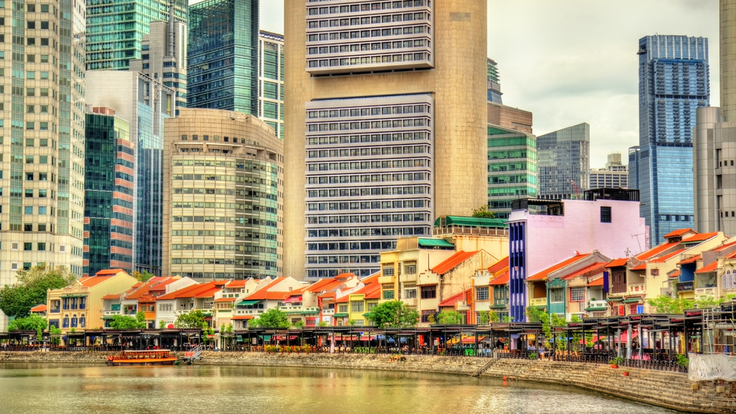 Boat Quay is one of the oldest and most historical areas in central Singapore, serving as the berth for much of the Singapore River’s trade activities. Boat Quay flourished as a Chinese settlement in the 1800s and the shophouses along the river housed the trading offices of some of Singapore’s biggest towkays (business owners) and philanthropists like Tan Tock Seng and Tan Kim Seng until its decline in the 1960s. In 1989, the area around Boat Quay and its 108 shophouses were gazetted for conservation and transformed into bustling shops, restaurants and bars. On the fifth floor of one of these heritage shophouses overlooking the Singapore River is one-MICHELIN-starred Braci, a cosy 20-seater restaurant serving up the creative cuisine of Italian chef Beppe de Vito.

RELATED: Industry Insider: On The Importance of Creating a Culinary Playground 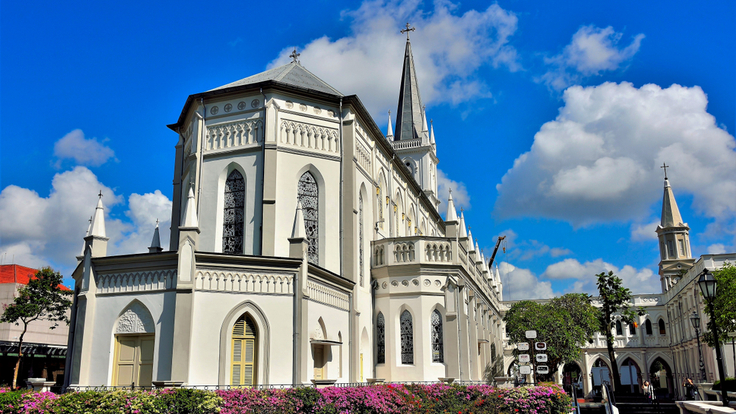 In the heart of the city is CHIJMES (pronounced “chimes”) in Victoria Street, a lifestyle and entertainment complex within the walls of a gothic-style 19th century convent. The iconic chapel with its soaring spires and decorative flying buttresses was completed in 1903, while the Caldwell House accommodated the oldest Catholic girls’ school in Singapore, founded by the French sisters of the Congregation of the Holy Infant Jesus in 1854. Today, the beautifully restored compound of the former Convent of the Holy Infant Jesus and Caldwell House are gazetted collectively as a National Monument and bustles with bars and restaurants including MICHELIN-starred Lei Garden.

Video: A Taste For Generations

At Paste in Bangkok, Bee Satongun puts “death and life” on her plates to bring a forgotten taste of historical Thailand to a new generation.