The Cevennes onion, which is grown in France and raved for its sweet and delicate flesh, changed the life of Jason Tan, executive chef and chef-patron of one-MICHELIN-starred restaurant Corner House.

The “gastro-botanica” restaurant’s signature dish, Oignon Doux Des Cevennes, which means “sweet Cevennes onion” in French, has stayed on the menu since the restaurant opened in the historic E J H Corner House in the Singapore Botanic Gardens in 2014. The colonial bungalow is named after the former assistant director of the gardens, who played an integral role in developing the gardens, now a UNESCO World Heritage Site.

It may come as a surprise, then, to find out that Tan grew up detesting onions for the first 23 years of his life. Now 37, he recounts with a chuckle: “I really hated onions, both raw and cooked — it has such a pungent smell and taste.” 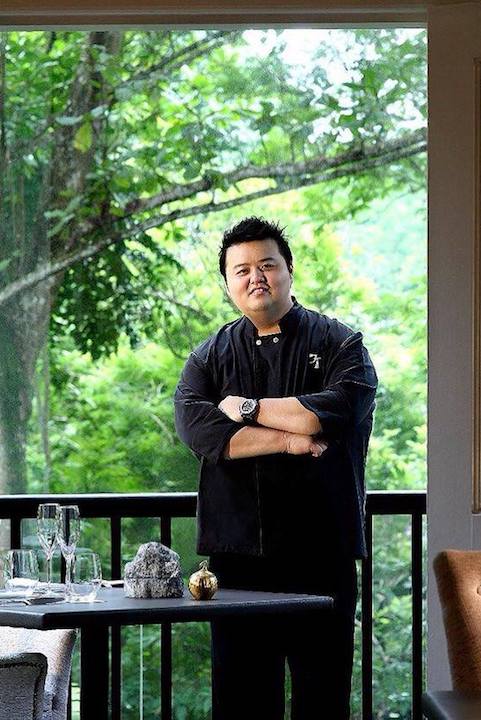 The turning point came when he started working in two-MICHELIN-starred restaurant Les Amis in 2004, fresh out of National Service.

Under the tutelage of then-executive chef Gunther Hubrechsen (who runs MICHELIN Plate restaurant Gunther's), Tan’s horizons broadened, especially when it came to produce, specifically vegetables, and he became enamoured with Cevennes onions while doing the mise en place.

Tan (left) says: “I realised that it is not that an onion is not tasty, it is just that I didn’t taste the right types of onion when I was young."

I didn’t know that know that onions could taste so sweet. I told myself that if I were to open my restaurant, I would dedicate a dish to the onion.”

And he did just that when he opened Corner House. The Oignon Doux Des Cevennes comprises four dishes — a baked onion cup, tart, chips and tea. The dishes are so chock-full of onions that each serving uses 2kg of Cevennes onions. To showcase the Cevennes onion in its humble form, Tan bakes and hollows out the bulb before adding onion puree, 62 degree sous-vide egg, onion confit, black truffle and chives. He adds that the puree and confit take about 10 hours to prepare from scratch.

Then, there is the slightly torched Parmesan-topped mini onion tart, finished off with black pepper, and lightly salted dehydrated onion chips for textural contrast.

One week before Corner House started, Tan added the fourth component, an onion tea. He explains: “The idea of drinking an onion came from a latte — caramelised onions boiled down with water before it is topped with onion puree foam. The onion water is infused with earl grey tea, bergamot and lemon zest that imparts a citrus lift.”
Advertisement
Advertisement 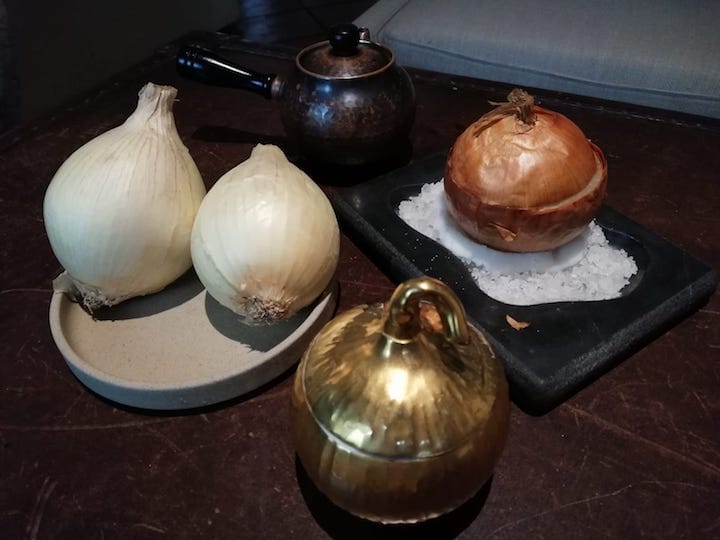 Tan is so particular about how his signature dish turns out that he insists on making the onion puree and confit, and produces extra portions to last whenever he is away from the restaurant on work trips. His team get its onion supply from Tekka Market every other day, selecting about 30 larger and rounder onions to use for the baked onion cup.

Cooking with a seasonal ingredient means that Tan has to adapt his cooking methods to bring out the varying textures and flavours of the Cevennes onion. “The texture of the onions is rougher during some seasons, while they get more watery at times, so there is a need to adjust the cooking and baking temperature.”

RELATED: The First Day I Got My Michelin Star: Jason Tan Of Corner House In Singapore 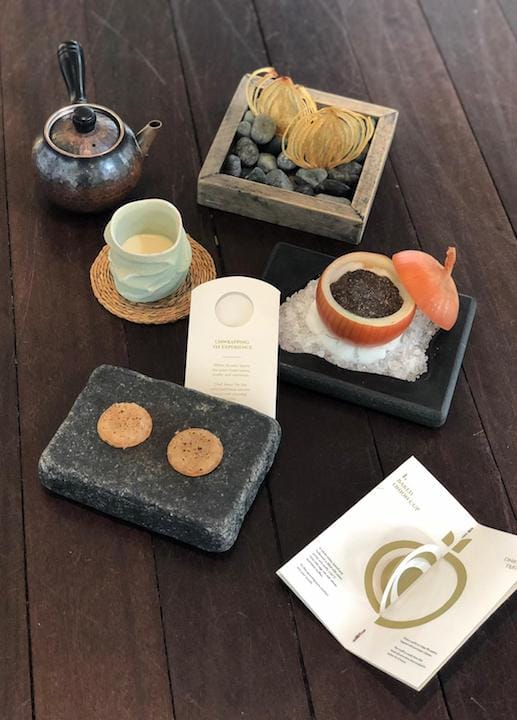 Putting The Spotlight On Vegetables

Falling in love with Cevennes onions has ignited Tan’s interest in vegetables, which is a keystone in Corner House’s “gastro-botanica” concept. The concept builds upon Tan’s background in French cuisine (he has worked in Robuchon Au Galera in Macau by legendary French chef Joel Robuchon and Le Saint Julien in Singapore) and gives more emphasis to incorporating vegetables in dishes, instead of them being an afterthought garnish.

His repository of vegetables spans from tubers and roots such as ginger and beetroot, vines like cherry tomatoes and figs, to above-ground plants like garlic leaves and cauliflowers. The vegetables are sourced from Japan and across Europe.
As much as he is a champion for local food, he concedes that local produce do not have flavours that are as vibrant and bright as those cultivated overseas. A large amount of his creative energies is spent on thinking about combining vegetables with the other components on the plates.

He adds: “It is more challenging to deal with vegetables than meat as they have a wider spectrum of flavours that vary with seasons. You get more flexibility in flavour combinations from working with vegetables.” 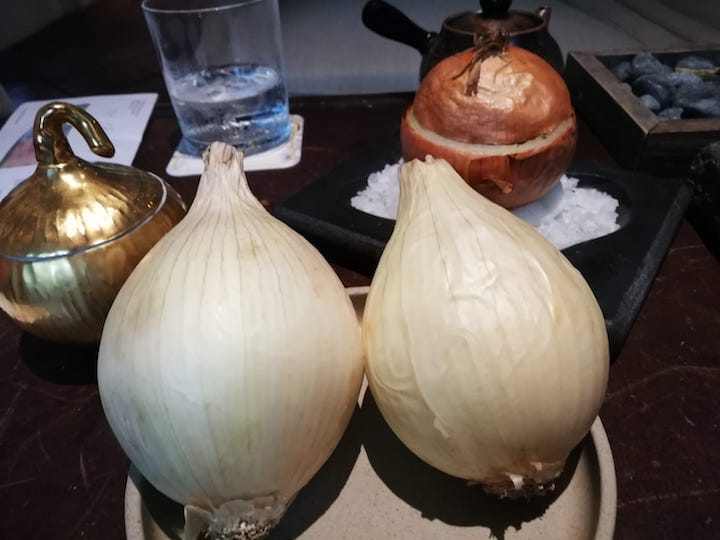 Cevennes onion, which is grown in France and is raved for its sweet and delicate flesh. (Photo: Kenneth Goh)
For Corner House’s summer menu, Tan has paired an A4 Toriyama Wagyu with grilled Kyoho grapes, Japanese ginko and yellow endives, and a New Zealand blue cod with butternut squash and ginger.

Tan says that innovating with vegetables is vital in making Corner House stand out in a competitive dining landscape. About 50% of diners are gourmand-tourists, with the majority coming from China. As if to prove this point, a group of delighted Chinese diners stopped this interview midway to give their compliments to the chef.

Moving forward, Tan is thinking up new iterations to add to Oignon Doux Des Cevennes, though he is not quite satisfied with what he has come up with. His next challenge? Creating a dish centred around carrots. He adds: “It is difficult to keep the shape and form of carrot as they are mostly used as puree. I’ve failed a couple of times but I will continue working on it.”
Advertisement
Advertisement