Lauded as one of the food capitals of the world, Bangkok—despite its burgeoning sophisticated drinking scene—is less known for its craft beer. Nonetheless, as the thirst for flavourful craft beer rises to unquenchable levels, dedicated brewers look towards each other to make sure Thai flavours are what’s powering Bangkok’s craft-beer boom. Not only are these brews becoming easier to find in the city (rumour has it even Family Mart has a few on the shelves), but with the opening of new beer ventures like the country’s first collaborative brewery, Mitr, and an increasing number of Thai brewpubs, we have a feeling the city is on its way to greater craft-beer heights. 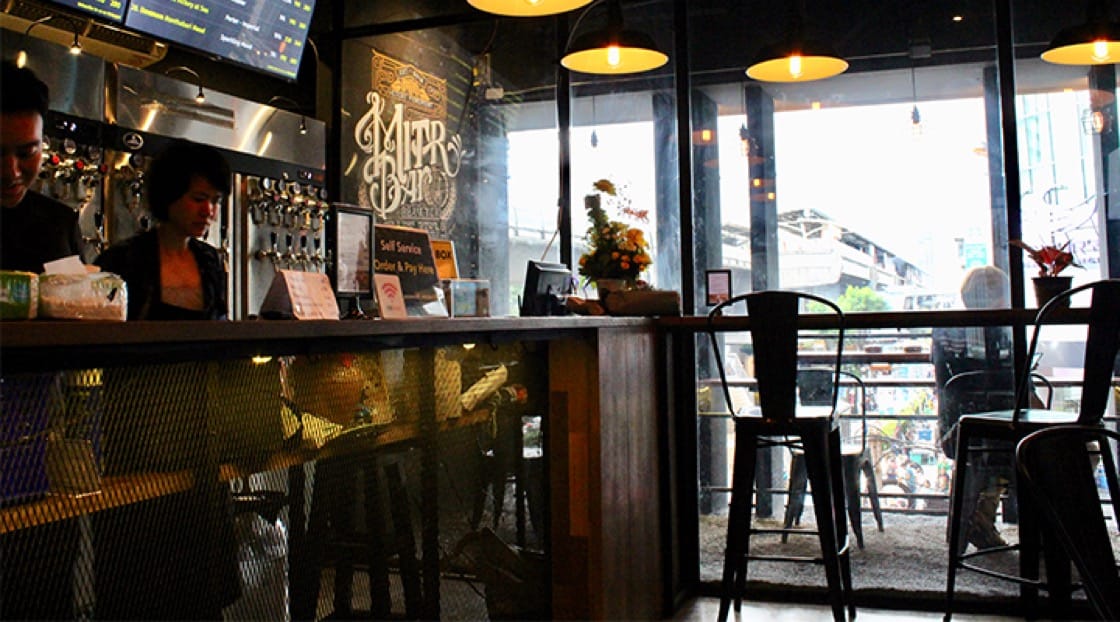 Thirsty? Here, we round up six noteworthy Thai craft beers guide to keep you satiated in Bangkok. 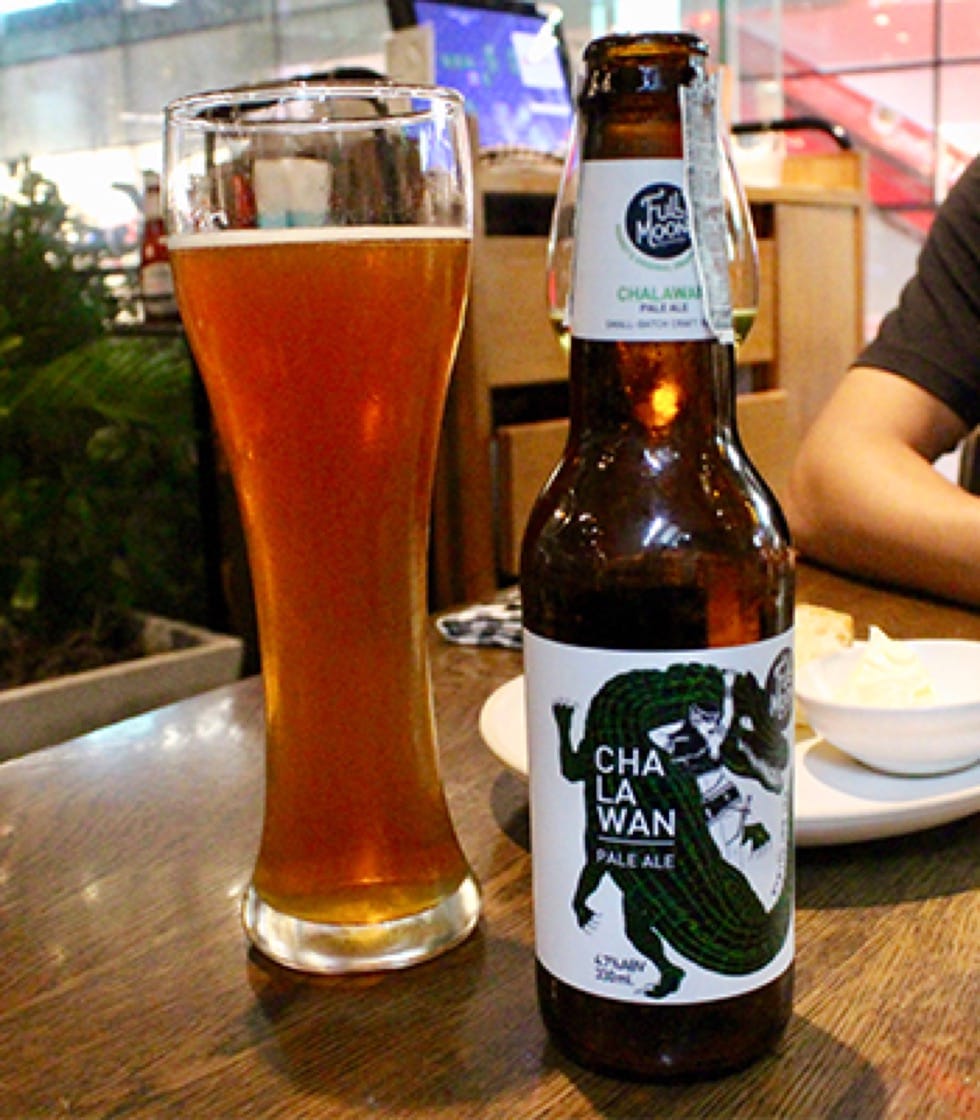 Full Moon Chalawan Pale Ale
Aptly named after the ruthless-yet-charming crocodile king in Thai folklore, Chalawan, out of Phuket’s Full Moon brewery, balances bitterness and sweetness as an easy drinking pale ale. Producing some of the most famous Thai craft brews, Full Moon is also a leader in this flowering movement, with Chalawan taking gold at the World Beer Awards in 2016. 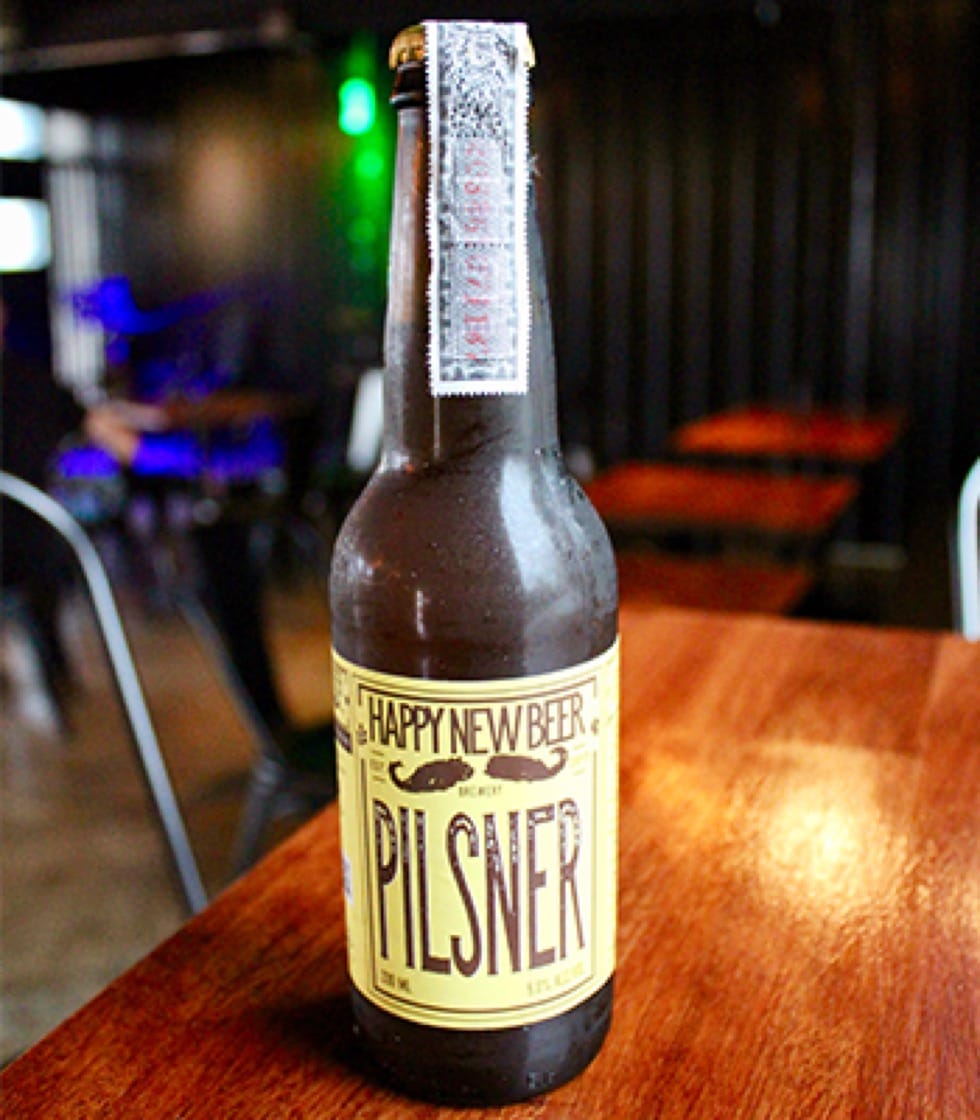 Happy New Beer Pilsner
With a head brewer who is known for his generous use of hops and integration of local mineral water, Happy New Beer is a holiday you can celebrate 365 days a year. Initially brewing out of Khao Yai, they make a seriously refreshing pilsner that combines old school flavour with subtle notes of tropical fruit. Equally as invigorating is their Grapefruit New England IPA. 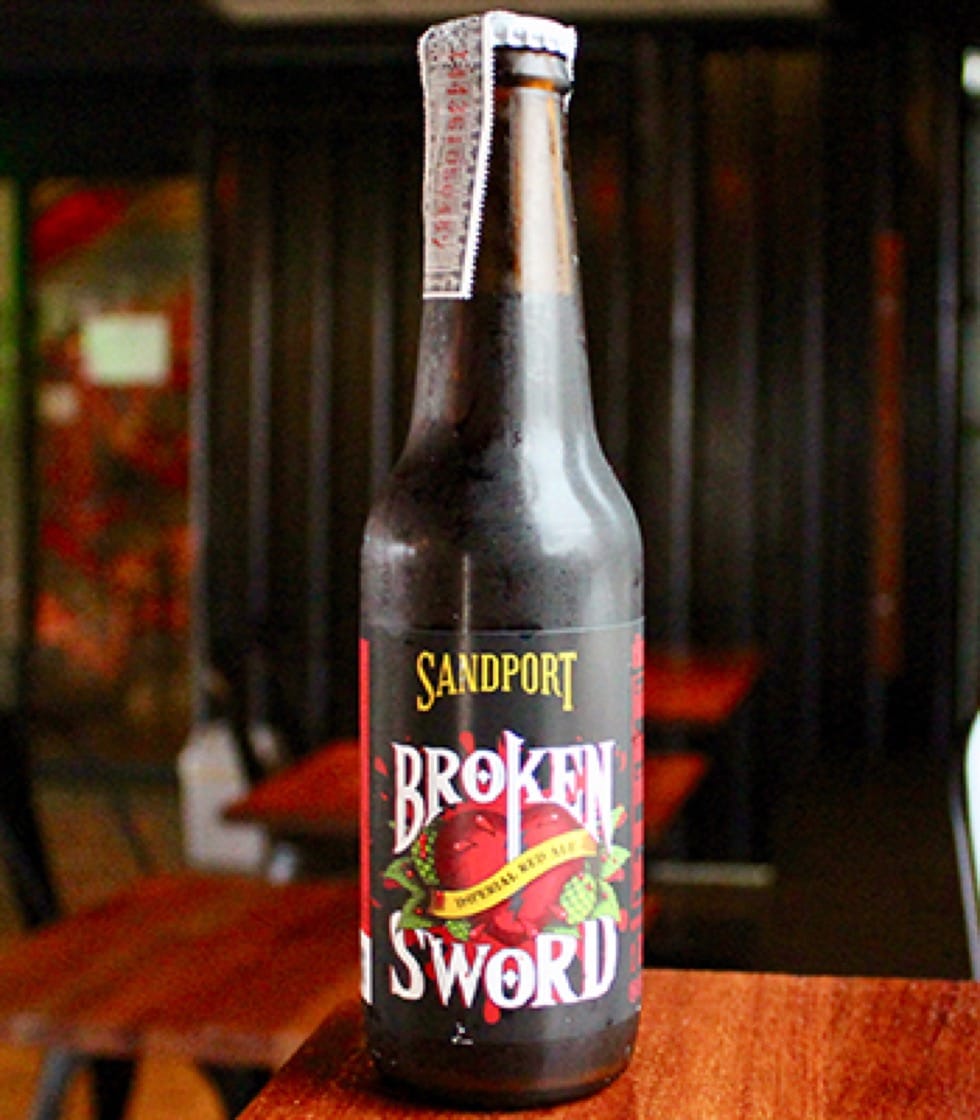 Sandport Broken Sword Red Ale
Described as “the fellowship of beer”, Sandport was created by a group of friends who share the love of beer and rock music. What started as an underground operation has now flourished into one of the most important beers in Thailand, with their Bang Bang IPA is scoring a bronze medal at the 2017 Australian International Beer Awards. Another fan favourite is Broken Sword Red Ale, an exciting imperial red ale that has taken on the colour and aroma of roselle flower. 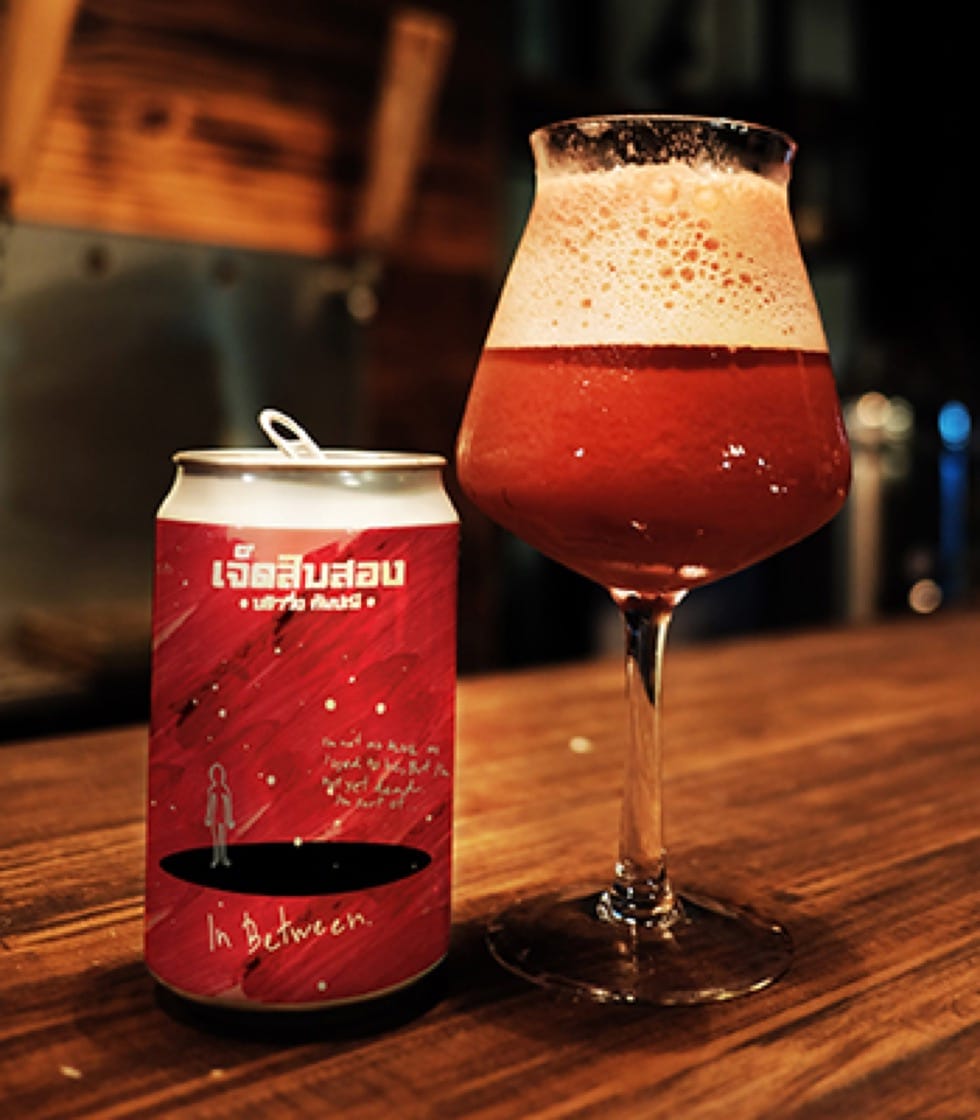 72 Brewing Co. In Between Sour Pale Ale
After a few stints working at breweries abroad, Third Yookongsak decided it was time to start his own gig. His beers promise to shake up the craft beer scene with innovative concoctions like In Between, a sour pale ale brewed with beets, a puree from Chiang Mai strawberries, and yoghurt lactose powder. Not sold? Go for the Sour Diesel, a stout made with sea salt, cacao nibs, raspberry, cherry, Madagascar bourbon vanilla, and cold brew, for another flavour bomb. 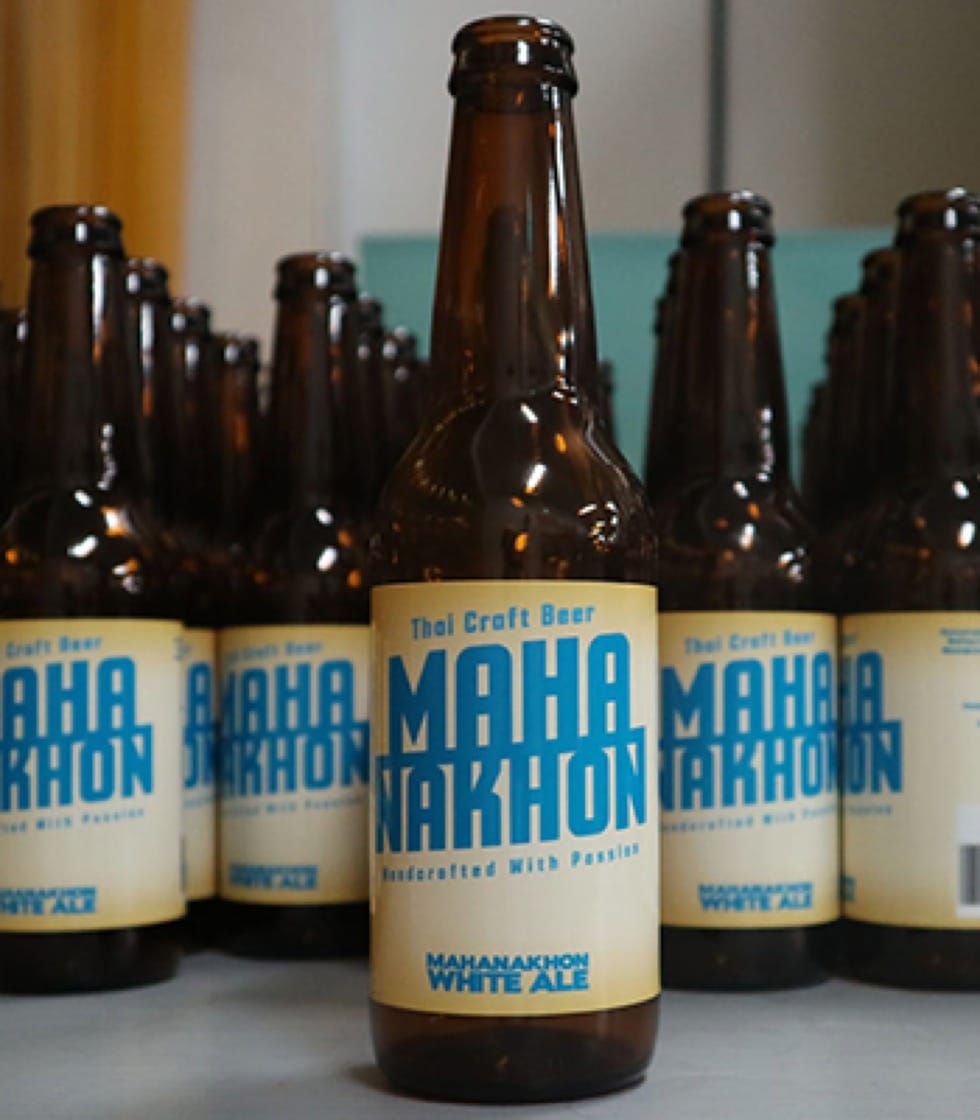 Mahanakhon White Ale
Less far out is Mahanakhon Brewery’s White Ale. The smooth, cloudy witbier uses something close to Belgian wheat making for a traditional taste. Dangerously drinkable, the crisp beer suits Bangkok’s heavy, hot weather (though, we’d argue any weather is good weather for a brewski). The beer earned accolades at the World Beer Awards 2017 and can increasingly be found around the city’s supermarkets and bars. 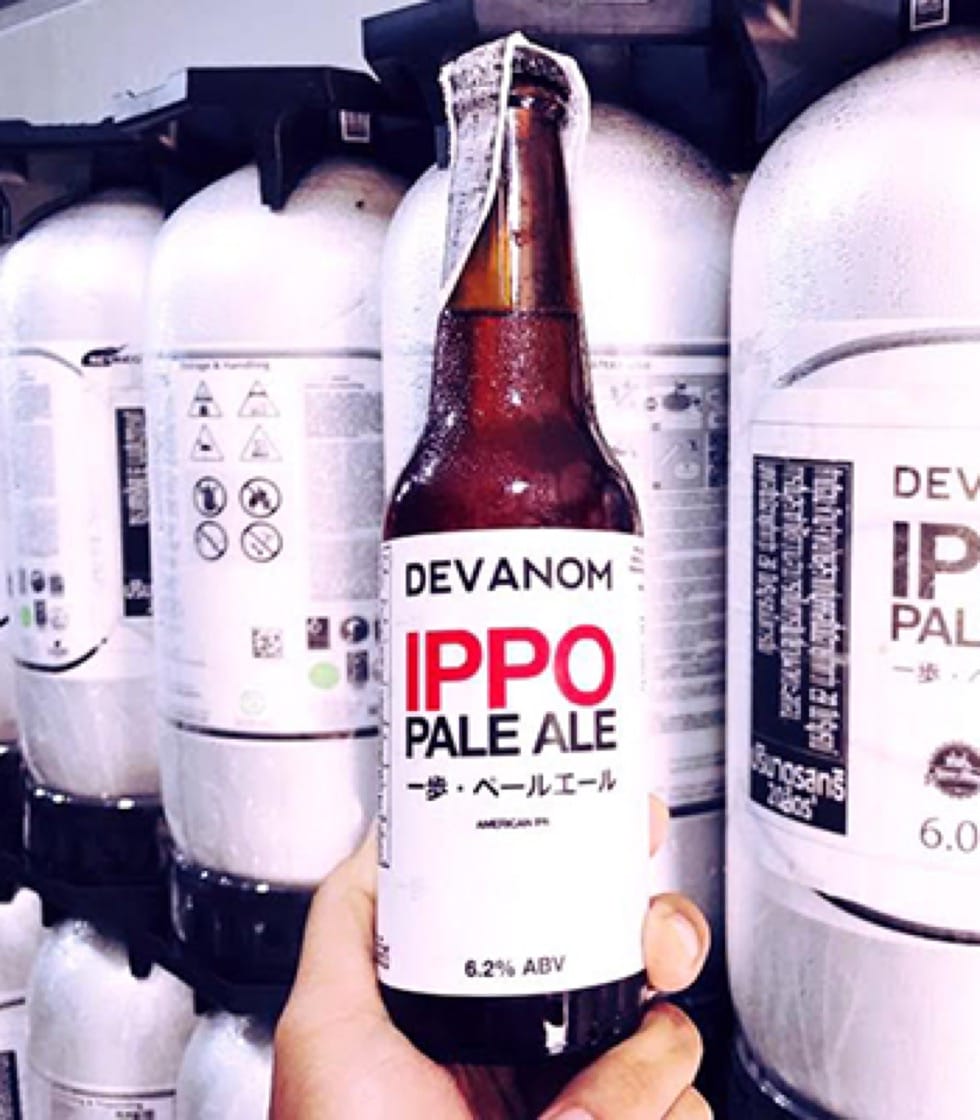 Devanom Ippo Pale Ale
The Ungsriwong brothers behind Devanom IPA, which is recognised as Thailand’s best IPA, are big players in the Thai craft beer movement. Known for their attempt to use hops from their farm in Nonthaburi, their beers are well-balanced and complete with a woody, vanilla and coffee finish.

Drink your weight in gold at these craft beer breweries around New Zealand.

Drink your weight in gold at these craft beer breweries around New Zealand.

Oktoberfest Gets A Gourmet Upgrade At RWS

We tap on Singapore's most celebrated craft beer entrepreneur for cues on finding the best brews to beat the heat - of your food that is.