The Langhe territory of Italy's Piedmont region has been making its way to the world’s financial pages, as the value of land in Barolo has swelled to millions of dollars per acre, outside investment pours in and producers jockey for the premier plots. At the same time, a curious cavaliere in this Italian corner known for prestigious red wines has been building a counterintuitive insurgency: craft beer production.

Barolo country is where Diego Morengo’s adventures in ales, bocks and pilsners begin. For his business name, he chose “Boia Faüss,” an enigmatic expression in Piedmontese dialect literally translated as “False Executioner” and loosely translated as “Holy Cow!” Under this banner in 2014, Morengo set out for battle against the oenological trend of his home, exploiting the knowledge and skills he picked up in Baden-Württemberg, Germany, and redeveloping land in local zones not particularly devoted to vine cultivation. 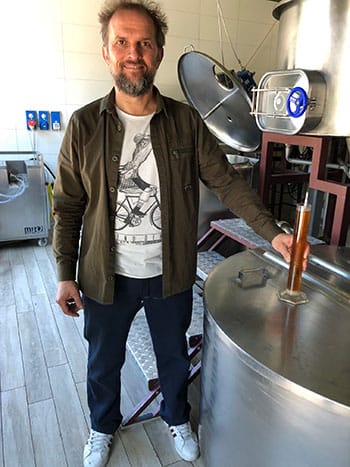 "I decided to return to the post World War II period, when viticulture was not so widespread and many plots were cultivated with cereals,” Morengo says.

Today, the Boia Faüss microbrewery serves out about 200 hectoliters of beer per year, drawing on self-produced raw materials, giving them typically Teutonic imprints and Anglo-Saxon aspects. This ascendant Braumeister of Barolo attempts to satisfy international palates visiting the province’s capital, Alba, with a range of six craft beers. Despite his counter-trend philosophy, Morengo retains a strong sense of tradition and territory, and it shows on the labels of every beer he produces: each bears a name in local dialect:

Bitter – Vol. 3.9% - Amber
The “Three Breasts” has a soft, linear taste, with a bitter, herbaceous finish due to the use of English hops. It highlights a typically Anglo-Saxon style. Medium carbonation.

Stout - Vol. 4.3% - Black
Notes of coffee and cocoa come together here in a strong and resolute personality. The bitter component is balanced. Flat, almost gas-free, this is pumped from the tap according to the English cask tradition.

Pils - Vol. 4.9% - Blonde
Produced in the Bavarian Black Forest-style, the “Rascal” is dry in the mouth, with linear, fresh flavors and floral accents that lead to bitter herbal tones on the finish. Medium carbonation.

Amber Bock – Vol. 6.7%
Created according to the German tradition, the “Incoherent” offers a double malt taste with hints of coffee, caramel and a slight hazy glaze. Soft and round, the finish has harmonic and balanced bitter notes. Balanced carbonation.

Red Bock - Vol. 6.7%
This German-style “Redhead,” a red double malt, introduces itself with notes of roasted coffee and licorice. With a delicately fizzy close, it brings a pleasant roundness of taste combined with just the right balance of bitter flavors.

Alba Pale Ale Double - Vol. 7.0%
This is an Anglo-Saxon amber that releases an intense malt flavor and conjures essences of mountain hay, with firm lemon fragrances leading to bitter citrus notes on the close provided by the American hops. 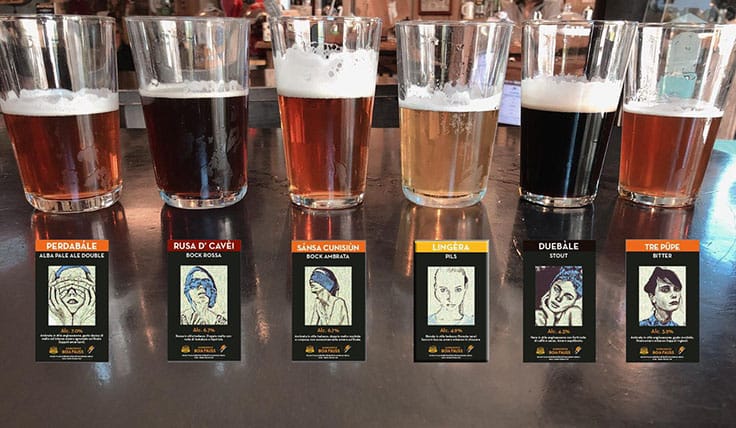 Choosing a favorite here is a tall order. With all of these beers, you can feel Morengo’s commitment to his craft and yearning for continuous improvement.

On your next trip to the vineyards of the Langhe, as you are driving out of downtown Alba into wine country, keep an eye out for a group of locals sitting at outdoor tables, enjoying tall glasses of ale rather than chalices of wine. Many of them could be sporting the rugby or soccer stripes of their favorite English or German clubs, or else cyclists wearing the brewery’s jerseys emblazoned with their local battle cry: Boia Faüss. 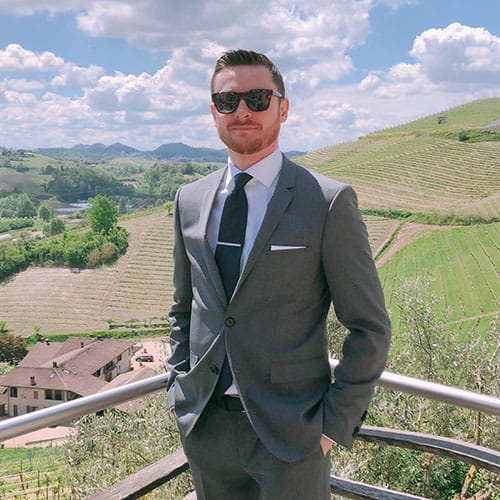