Singapore’s burgeoning craft beer scene gets hopping with the arrival of popular Australian craft brewery Little Creatures. The 17-year-old craft brewery, which hails from Fremantle in Perth, has started a 7,500-square-foot restaurant fitted with an in-house microbrewery at a heritage building off Club Street near Chinatown.

This 180-seat brewpub, which opened on Wednesday (May 30), is Little Creatures’ second overseas outpost. Its first overseas outlet opened in Kennedy Town in Hong Kong in August 2016. It has two breweries Down Under in Fremantle and Geelong. 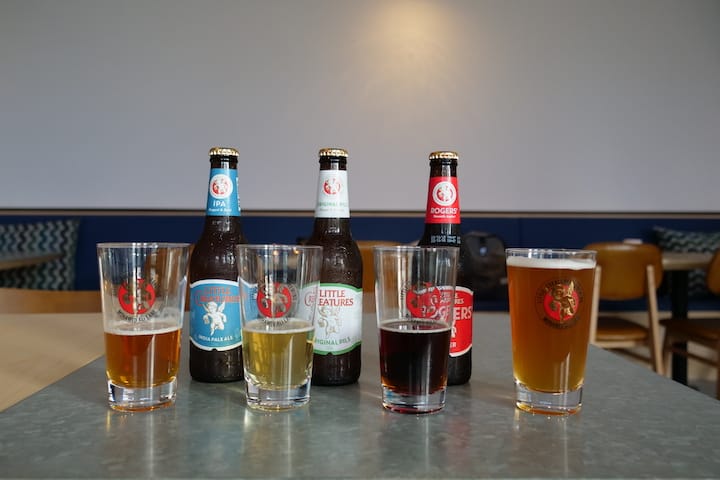 Making their debut in the Singapore market are (from left) Little Creatures IPA, Pilsner, Rodgers' and the Singapore exclusive Club Street Sub IPA.

At Little Creatures Singapore, hopheads can clink their glasses filled with five types of beer that are permanently on tap — the signature Pale Ale (an American Pale Ale), Bright Ale (a fruity golden ale), Rogers’ (a mid-strength ale with notes of toffee and caramel), Pilsner and IPA (India Pale Ale) as well as White Rabbit White Ale from its sister brewery White Rabbit that is based in Australia.

If you visit a microbrewery but find yourself strangely not in the mood for beer, you can opt for its Orchard Crush Apple Cider which has a fresh aroma and crisp finish. Prices start from $11 a glass.

To spice things up, expect a zany selection of seasonal brews concocted by regional brewer Jum Ryan, who moved here from Australia six months ago. His seven years of brewing experience with Little Creatures would come in handy. One such quirky brew is the Singapore-exclusive Club Street Sub IPA, a golden brew that is blended with yellow sub hops that give off a citrusy flavour layered with malty notes and a robust hoppy finish.

These limited-edition beers will be brewed in-house next month after the microbrewery becomes fully operational, while the permanent beers on tap are imported in kegs from Australia. 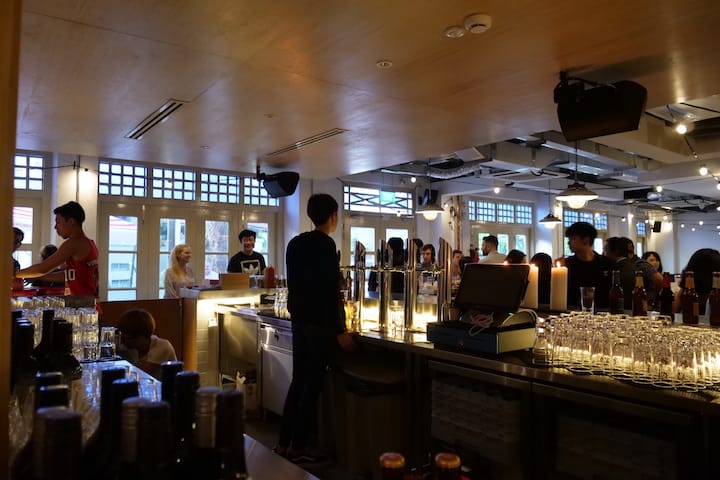 The sprawling bar counter at Little Creatures brewpub in Singapore.

According to James McEniery, Little Creatures’ Asia-Pacific regional director, Singapore has been identified as one of the four “gateway cities” in the brewery’s global expansion plan.

Speaking to the MICHELIN Guide Digital, McEniery says that the time is ripe for Little Creatures to make its foray here after two years of planning. He explains: “Singapore already has the building blocks of an active local craft beer culture that we can engage with and has a good demand for new varieties of imported craft beer.”

It also helps that bottles of Little Creatures beer have been sold in supermarkets here over the past eight years and some beers are also available on tap in some bars from about a year ago. Some Singaporean beer aficionados have even travelled to Little Creature’s mammoth brewery in Fremantle, which sits on a former crocodile farm. 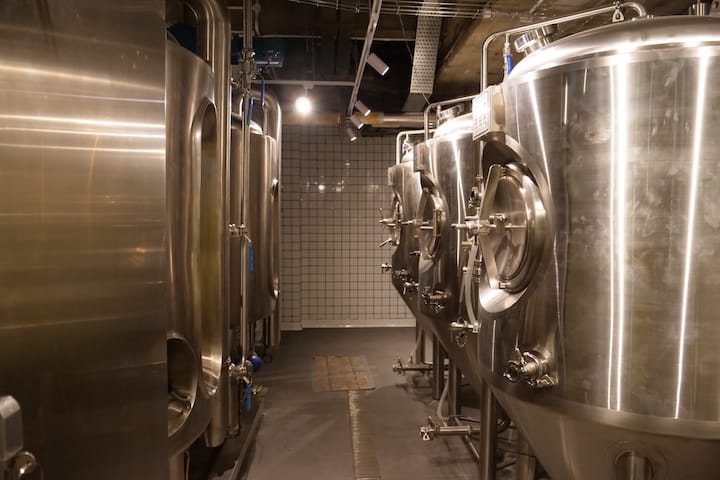 The microbrewery is dominated by six 500-litre stainless steel tanks that occupy about one-third of the brewpub.
Having a vibrant food culture also plays a part in Little Creature’s Singapore expansion. He says: “Our beer has to be be matched with local food and flavours. The restaurant’s food is as important as the beer. It is not just pub food. Our brewer works with the head chef on the menu.”

With a huge amount of freedom to brew on-site, the possibilities of craft beer are endless. He adds: “We have a wide range of beers to satisfy customers — those who are new to craft beer, those who have been trying lager and want something different, and those who enjoy Double IPA and want a beer that challenges them.” 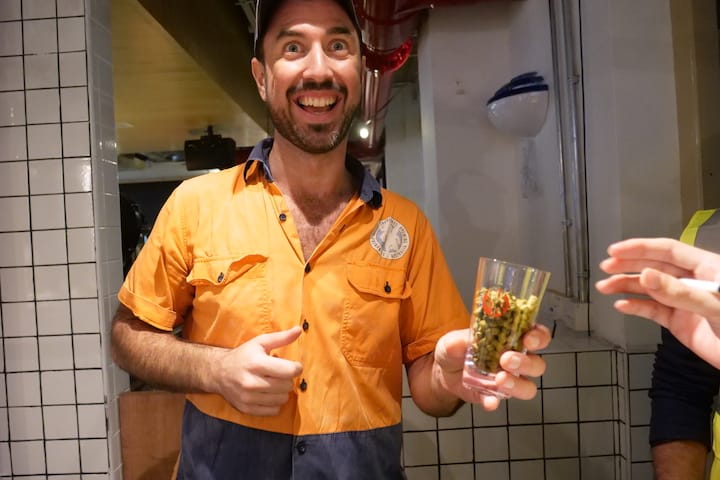 Helming the brews at Little Creatures Singapore is its regional brewer, Jum Ryan.

Also in the pipeline are collaborations with local breweries to come up with “fun brews”. Ryan intends to start brewing beer with tropical fruit such as mangosteen and mango, and will explore using other types of sour fruit. But one thing is for sure: There will be no durian beer.

The microbrewery is dominated by six 500-litre stainless steel tanks that occupy about one-third of the brewpub. McEniery says that four to six brews can be done in a week, and to ensure its freshness, less than half of the beer sold will be brewed on-site. 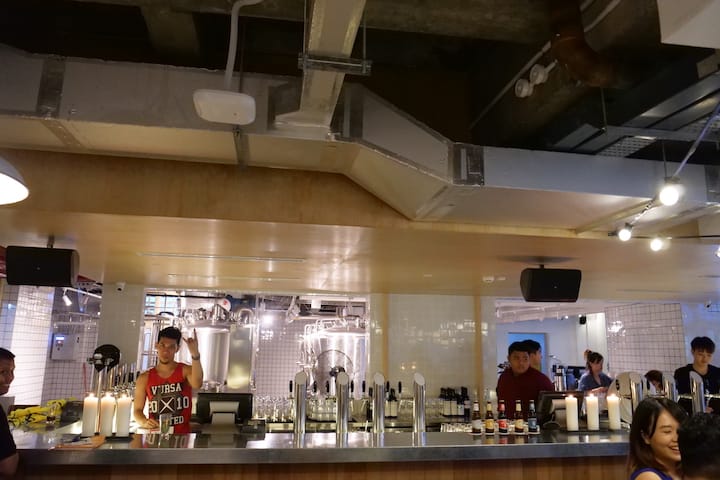 Go bottoms up with seven permanent beers and a cider on tap at Little Creatures Singapore.
Besides sipping on beer, customers can also learn more about what goes behind the hoppy brews. Come next month, Ryan will lead brewery tours, where participants can learn about brewing 101 at the Sensory Lab — from smelling and touching hops to learning about the brewing process and tasting a sampling paddle of beers.

Up next, Little Creatures has its eye on expanding to two other cities, which McEniery is tight-lipped on, as well as China, where it already has two "microbrewery labs” in Shanghai and Beijing which opened earlier this year. 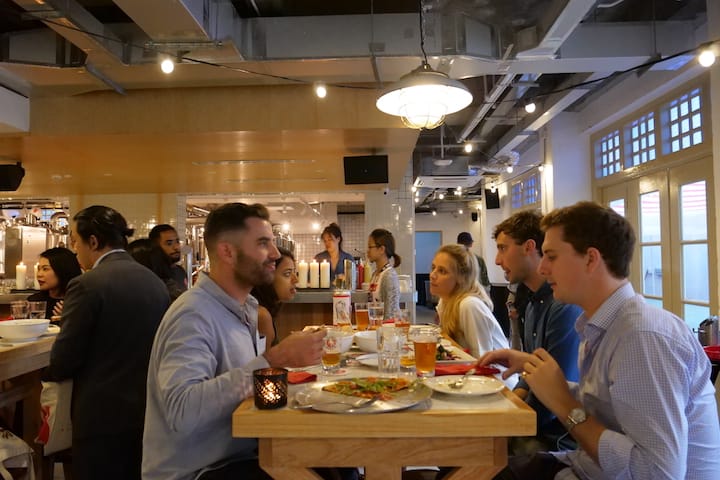 The head chef at Little Creatures will work closely with the regional brewer to create dishes that pair well with beer.

The brewery’s expansion is in tandem with craft beer’s growing popularity around the world. He says: “The craft beer movement is centred around choice and bespoke flavour. This can also be seen in other categories such as craft gin distilleries and food producers. We are proud of our history and heritage and we are quirky, fun and don’t take ourselves too seriously.”

The journey of how man’s most loyal drinking companion for the last 700 years became 2018’s biggest villain.