Video: The Original Cappuccino at Round K

“Basically, Round K is a Korean nostalgia cafe, 1950s-style,” says Byeon, “and we are introducing people to our coffee style, tea style, and dish style.”

At Round K, Byeon used this idea of fusion to create his original cappuccino. “This idea came from two concepts—one came from my father’s idea,” he explains. “He told me Korea has had an egg cappuccino for awhile. When Korea was a developing country, even instant coffee was an expensive ingredient for them, plus the egg was expensive, too. Then, the American army started helping Korea. Probably at that time, [they] brought Eggnog, so [the Koreans] tried to make a coffee and put an egg in it. That was the starting point.” 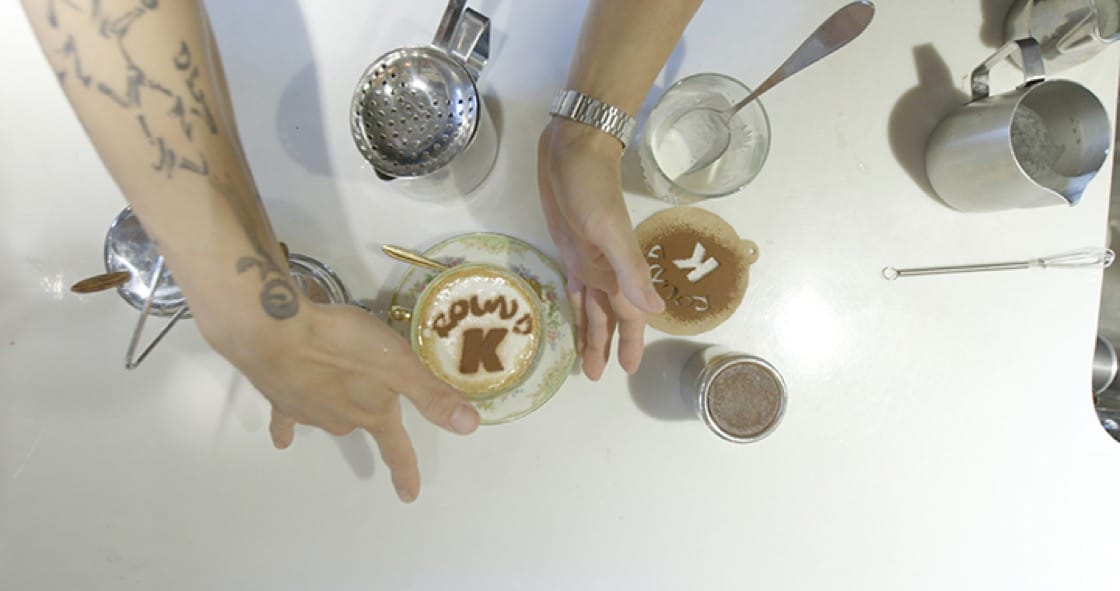 Byeon became interested in cappuccino when he moved to Italy; he dove into research for more background information. “In 1680, Austria was a really strong country in Europe. And at that time, a style of cappuccino was invented there.” The style Byeon is referring to differs from it’s Italian-brethren—it’s topped with hand-whipped cream in place of frothed milk. “That’s our background of the original cappuccino.”

More than 100 original cappuccinos are sold at Round K per day, and like the historical Austrian cappuccino, everything is hand-whipped. “It’s pretty annoying,” Byeon adds, laughing. “But, you know, all of Round K’s baristas are happy to make it.”

“Coffee must be coffee first. I want to focus on coffee flavor more,” he continues. “This is a really good way to make people to remember, oh yeah, this was coffee.”

See how Byeon makes his original egg cappuccino in the video below.