It started as a lark — a tongue-in-cheek response to a question from a New York Times reporter.

After French farmer-activist José Bové’s made the headlines by organising a protest against the opening of a MacDonald’s franchise in the small southwestern town of Millau, France in 1999, a New York Times' reporter asked Daniel Boulud, arguably New York City’s most famous French chef, what he made of the incident. This gave him the idea to create a burger that would bring classic American and French flavours together.

He trialed the Original DB Burger at his fine-dining Park Avenue establishment, Daniel, and invited the reporter and some regulars to try it. 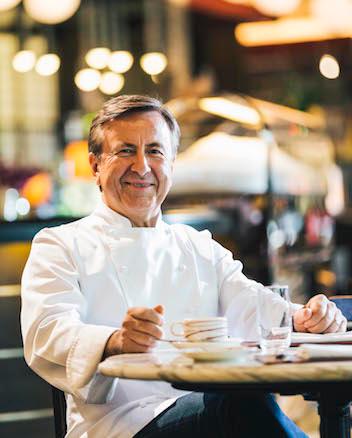 “They loved it and I knew the first burger I made was the right one and I never changed anything about the recipe after that,” says the Boulud, now 65. His US$29 DB Burger (S$40) — a French take on the American classic stacked with red wine-braised short rib and foie gras—effectively launched the trend for gourmet patties at a time when burgers were mired in controversy and the glare of corporate profit.

The Guinness Book of Records declared it the most expensive burger in the world at that time, though the title was quickly overtaken by the competition that it inspired, which came in the form of Kobe beef patties and 24 carat gold-flecked burgers.

RELATED: 8 of the Most Expensive Restaurants in the World

Boulud was not surprised that people took so quickly to the idea of an expensive, gourmet burger. “I knew that I was poking America in the heart,” he says with a loud guffaw. “Chefs weren’t looking at burgers at that time. For me, I just loved burgers and I thought they deserved to be elevated to something gastronomic.”

The anatomy of a burger

The Original DB Burger stands tall and proud on a plate: a thick meatball of ground sirloin wrapped around red wine-braised short rib meat that envelopes, in turn, a hunk of foie gras. This sits on a bed of crisp frisée lettuce and tomato confit, and between a brioche-like potato bun that is topped with parmesan, cracked pepper and poppy seeds.

It is a recipe that has not changed since Boulud officially launched it on the menu of his casual Manhattan restaurant db Bistro Moderne when it opened in 2001. In the years that followed, it cemented its position as a must-order mainstay in the chef’s bistros and brasseries around the world, including db Bistro & Oyster Bar at the Marina Bay Sands in Singapore where it costs S$48. “It’s the only dish on the menu that we receive no modifications for,” says the latter's executive chef Jonathan Kinsella. “The only request we ever get is ‘add truffles’.”

To that end, diners feeling indulgent can order the DB Royale during truffle season which features two layers of shaved Périgord truffles, or the Super Royale with double the truffle. 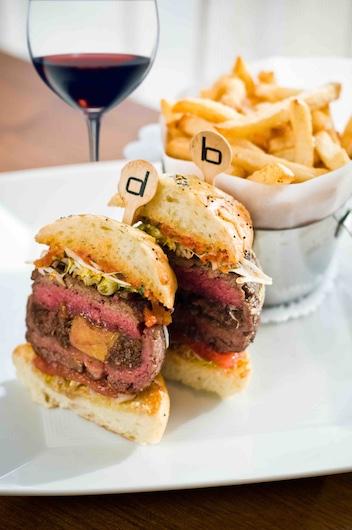 Luxury ingredients like truffle and foie gras may get all the limelight in the burger, but Kinsella remarks that the most labour-intensive and time-consuming part of making the dish is preparing the braised short ribs. “Boeuf bourguignon is such an iconic French dish, it’s one of the first things you learn as a cook in classical French cuisine, and the braised ribs are the part that nurtures the whole dish.”

Shredded oxtail and short ribs are braised with chopped truffle and mirepoix in red wine for four hours till they are fall-off-the-bone tender. Foie gras is then rolled up inside the braised meat and left to set in the fridge. “The combination of lean meat and fat in short rib, cooked low and slow on the bone, is so important for the umami flavour, and the foie gras is what completes the burger.”

“It’s the kind of burger you’d eat with a bottle of Burgundy, not a beer,” adds Boulud, sharing an anecdote about regular customers who would take the train from Baltimore to New York just for his burgers. “They’d get off at Penn Station, come to db for lunch, spend $1,500 with tax and tips for two appetisers, two burgers and a bottle of wine and take the train back to Baltimore after — and they would do that once a month.”

For Boulud, the DB Burger not only marked its time by putting the humble hamburger back on top of the food chain, it was also a milestone that signaled his interest in something apart from the French haute cuisine that he’d come to be known for since arriving in America in the 1980s. 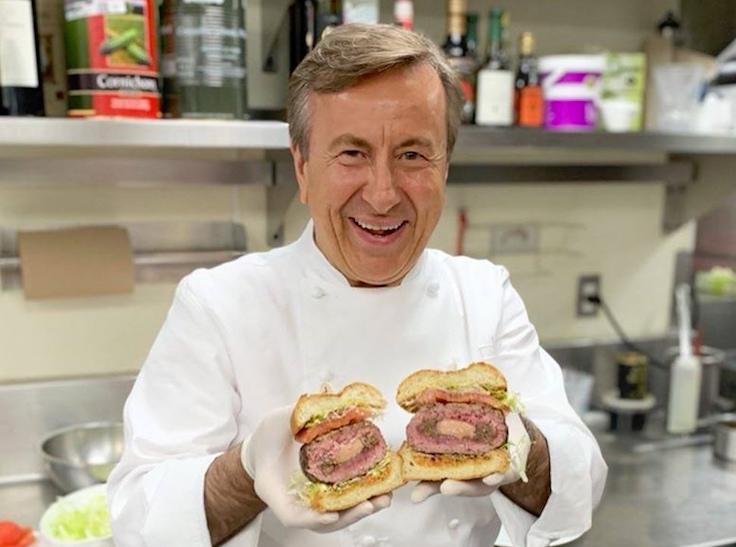 “In 2000, I knew I wanted to open a bistro and I wanted it to be Paris-New York, French-American, not a classic French bistro with the usual escargot and French onion soup. It was to be a chef-driven bistro. I created the burger but I didn’t have room in a fine dining restaurant to serve it, and db Bistro became the place to do it,” he says.

Since then, the chef has played around with different renditions of the burger, including one called The Piggy which he says is “the real American version”, complete with barbecue pulled pork, smoked bacon, and jalapeno coleslaw. Next, Boulud has his eye on creating a new vegetarian burger that will reflect his own lifestyle changes in recent years. “I’ve been eating more vegetables and I want to create my own 'Impossible Meat', using real ingredients.”

As a kicker, we threw the good-humoured chef one last question: MacDonald’s or Burger King?

“Neither of them!” he laughs. “It’s been a long, long time since I’ve been to a MacDonald’s. Maybe Shake Shack. I did a pop-up once with Shake Shack and we made The Piggy for them. That was great.”

RECOMMENDED: Daniel Boulud Looks For Happiness In The Kitchen (Video)