Jonathan Kinsella, executive chef of db Bistro & Oyster Bar, tells us how stand-up comedy plays a part in his cuisine.

My father had an amazing record collection back in the day, including a couple of comedy records, which we weren’t allowed to listen to because of the profanity. I would hear my parents listening to them after we went to bed and just laughing hysterically, which made me super curious about it.

As a kid, you don’t always understand all of the cultural references, but listening to comedy kind of gave you a peek into adult life. The first comedian I ever heard was Richard Pryor, which to this day inspires me enormously when it comes to public speaking. He was such a brave and amazing storyteller, and he could make anything funny. I would just put the headphones on and laugh so hard at his stuff (which I still do frequently). He is the greatest of all time.

I love irreverence and spontaneity — I like it when something unexpected happens or when someone describes a situation or an experience in a way that is completely unique. Part of making people laugh or entertaining people in general is doing something unexpected and spontaneous, much like being a chef. This is inspiring to me as a chef and as a person because there is nothing worse than being dull or being too serious. 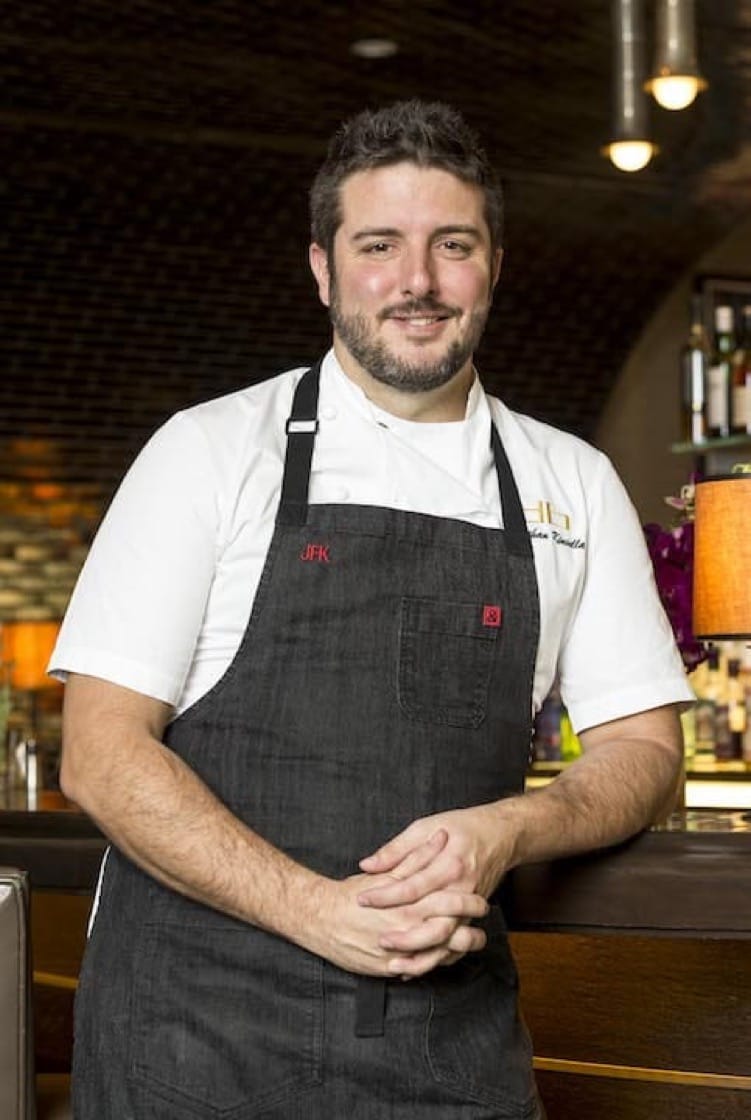 When people come to a restaurant, they want to be entertained and satiated, and they should leave feeling better than they did when they walked in.

Dave Chappelle is the best living stand-up comedian at the moment, but Richard Pryor and George Carlin are my two all-time favorites. I identify with both of them because they come from limited means but were able to overcome their adversity through their craft. They focused on making people happy and pushed the boundaries of what people expected from that form in an extremely innovative way. Additionally, rather than just telling jokes, they used language as a weapon to challenge and influence the way that people think. They were both way ahead of their time.

Stand-up comedy is also an escape — I love listening to it on a train or when I have a moment to myself. My career is a very stressful and intense one, so it never hurts to take a minute to just laugh. Great comedy is like a workout for your mind. It’s just refreshing to reset your mindset with laughter after a tough service or after an intense period of business.

I respect a comedian’s ability to be brave, to push boundaries, believe in themselves and to bring happiness to people. Cooking is like being alone on stage, where you are often trying to communicate and having everyone looking to you for entertainment.

Recently, I saw Kevin Hart here in Singapore, which was great. I also got to cook for Jamie Foxx a couple times last year at db Bistro & Oyster Bar, which was great. He loves caviar and so do I, so I was happy to see that. He was also super kind to our team here which I always appreciate. I am going to see Jerry Seinfeld when I return to New York in April at the Beacon Theatre and will probably stop at the Comedy Cellar in the East Village as well as The Comedy Store in Los Angeles on my way through.

I haven’t been back to the United States in three years, but the things I miss most about living and working in New York City are the food, the architecture and the comedy clubs there. These are some of the many reasons why it is my favourite city.

New York is such a tough place to live, yet it produces some of the greatest comedians and chefs on the planet, which is super inspiring. You have to have a sense of humour because life is really funny when you think about it.
Advertisement
Advertisement
RELATED: Click here for more Industry Insider stories. 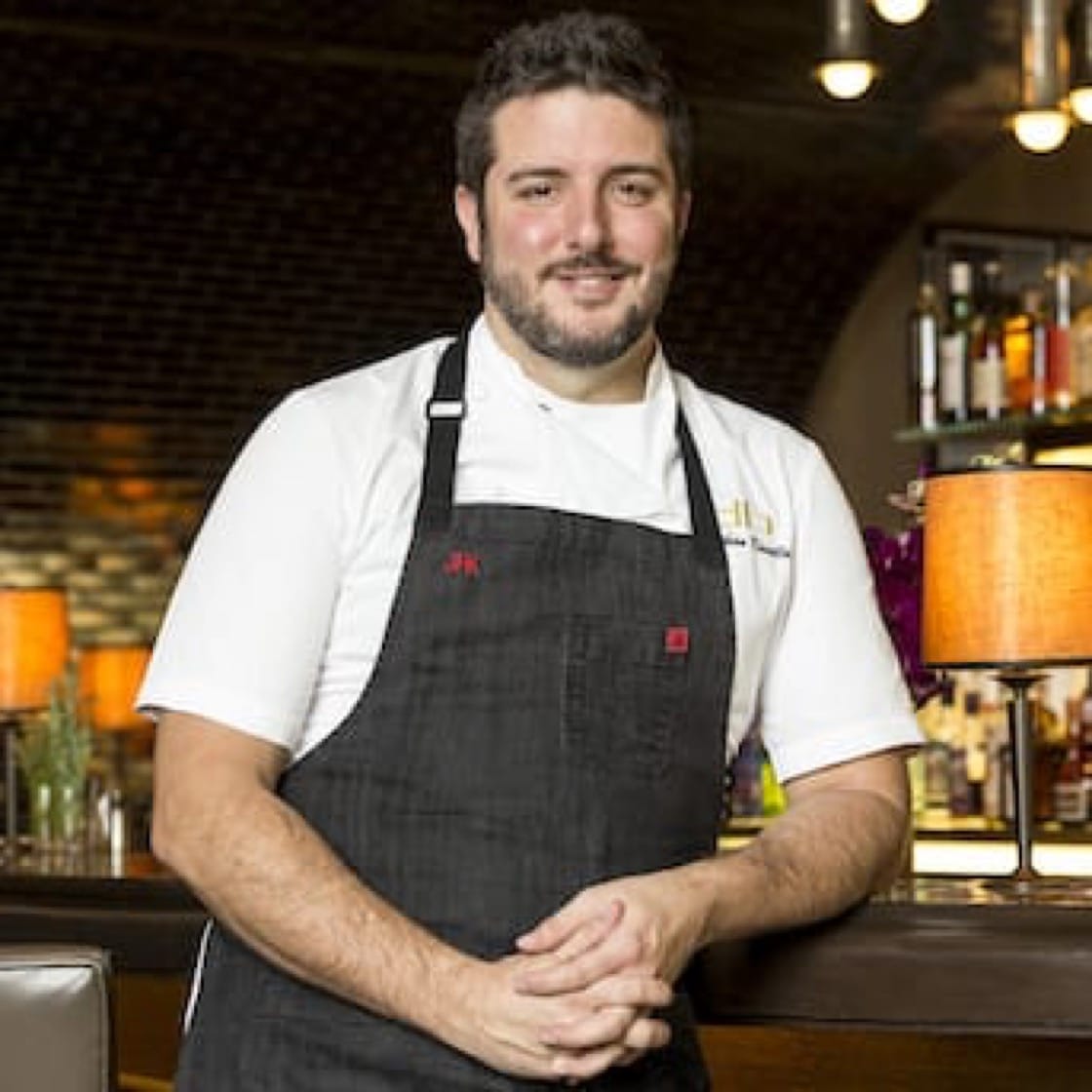 Jonathan Kinsella is the executive chef of db Bistro & Oyster Bar in Marina Bay Sands. He began his career in food when he ventured to Seattle as chef de partie at Campagne. After a stint in Cincinnati where he attended The Midwest Culinary Institute, Kinsella moved to Chicago in 2005 to work at Tru and The Peninsula Chicago. In August 2010, Kinsella joined Bar Boulud in New York City as executive sous chef, fulfilling a lifelong dream of working for Daniel Boulud’s family of restaurants. Barely a year after joining Boulud’s group, Kinsella was promoted to executive chef at Épicerie Boulud. In January 2013, he relocated to Singapore to helm db Bistro & Oyster Bar.

Industry Insider: My Day In A Wagyu School In Japan

Andre Huber, executive director of meat purveyor Huber's Butchery, learns all about wagyu, from farming the cattle and processing the cuts to cooking the meat.

Industry Insider: Stephan Zoisl On The Joys And Challenges Of Working With No Menu

It may be an open kitchen, but there are a lot of gears turning behind a chef’s table that you just don’t see.

The executive chef of Folklore pens his thoughts on how heritage food has become a victim of progress.

Chef Pang Kok Keong of French-inspired cafe Antoinette talks about returning to his Hakka roots and recreating his heritage cuisine.

Industry Insider: On The Importance of Creating a Culinary Playground

Chef Beppe De Vito of one-Michelin-starred restaurant Braci tells us how he created his own culinary oasis.

Sebastien Lepinoy has a bone to pick with commercially trawled seafood. The chef who specially commissions a fisherman in France to catch seabass and turbot for two-Michelin-starred Les Amis expounds the merits of line-caught fish.