The term umami was invented in 1908 by Professor Kikunae Ikeda, a chemistry professor at Tokyo Imperial University who later co-founded Ajinomoto, now a household brand of monosodium glutamate. Umami is the common deliciousness found in savoury foods like fermented soy products, cheese, and shiitake mushrooms. English-language approximations usually refer to a savoury, meaty or “full” taste.

Age-old processes like dry-ageing, curing, smoking and fermentation are all ways of turning relatively bland food items like raw beef, pork, salmon, dairy milk or soy beans into umami bombs like iberico ham, smoked salmon, cheese and soy sauce. Even the everyday process of cooking meat contributes to the development of umami - compare, for instance, the taste of a pan-seared steak with a traditional steak tartare.

Umami can also be achieved through the right combinations of ingredients. Even the most low-brow of foods like a ham and cheese sandwich packs a massive umami punch with minimal effort by combining simple ingredients in umami-enhancing ways. 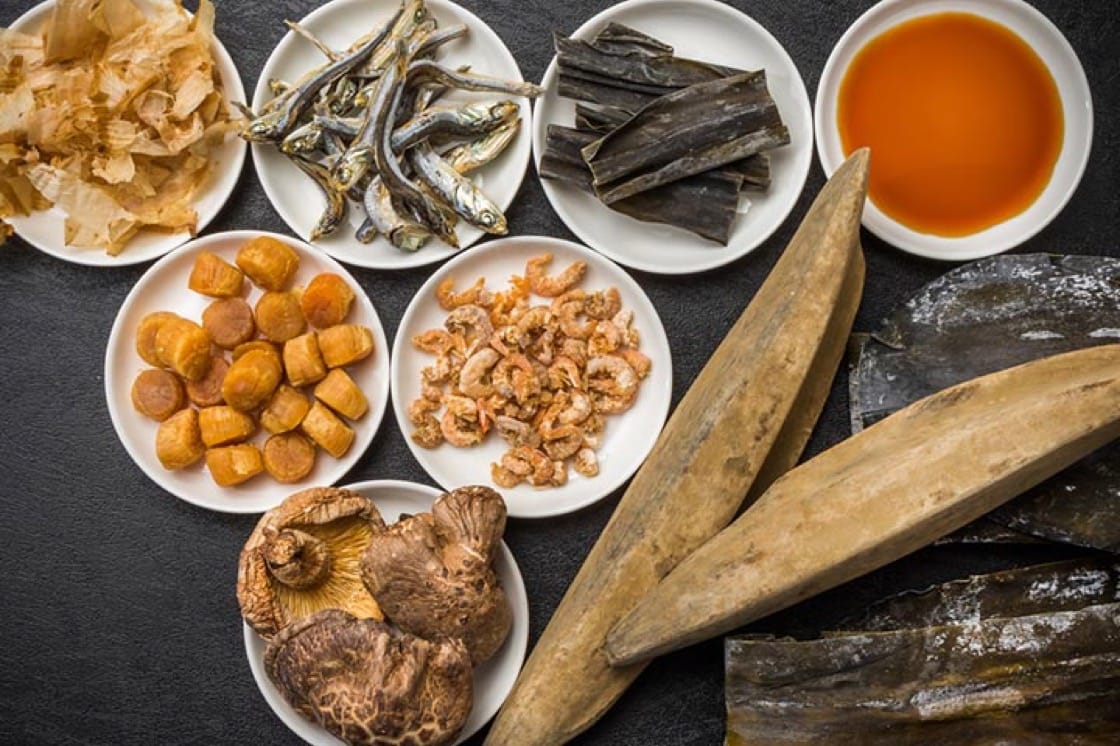 Ikeda identified monosodium glutamate (MSG) as the principal source of umami in Japanese dashi stock. More than 40 different chemical substances have since been determined to give rise to umami.

Dairy milk and raw soybeans are rich in glutamate, but since most of it is in bound form, they taste relatively bland. Long fermentation, dry-aging and curing break down the proteins in these foods, releasing the glutamate.

But the overall umami level of any given food depends more on the combined effect of glutamate with other umami compounds. For instance, the concentration of glutamate in sturgeon caviar is five times that in ikura (marinated salmon roe), but ikura has the more umami taste, because it also contains a small amount of inosinate , a common flavour enhancer, where caviar has none.

“Pass the soya sauce will you? This bak kut teh isn’t umami enough.”