8 of the Most Expensive Restaurants in the World

Where to go if you're up to giving yourself a treat.

From Alain Ducasse at Plaza Athénée, where 10,000 crystal pendants hang overhead in the dining room, to Paco Roncero’s high-tech haute at Ibiza, Spain - this list covers some of the most exquisite and expensive restaurants in locations around the world.

Here are eight restaurants from around the world with one thing in common: dining there will cost a pretty penny. 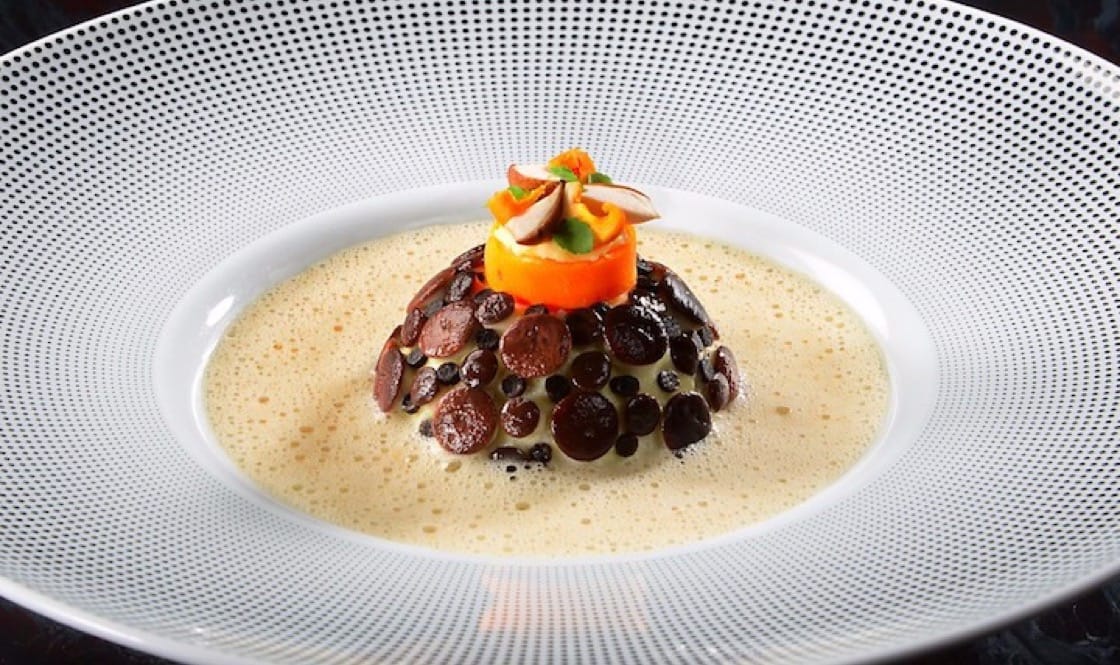 The most decadent menu option clocks in at eleven courses for 390 CHF and that price only goes up when you add a bottle from the restaurant's 40-page wine list. Late chef Benoît and his wife Brigitte Violier were the first to have earned the coveted three Michelin stars for Hôtel de Ville but chef Franck Giovannini, who is now at the helm, has managed to keep the distinctions status quo with Celtic sea scallops, Alpine goat and wild turbot on the menu.
Advertisement
Advertisement 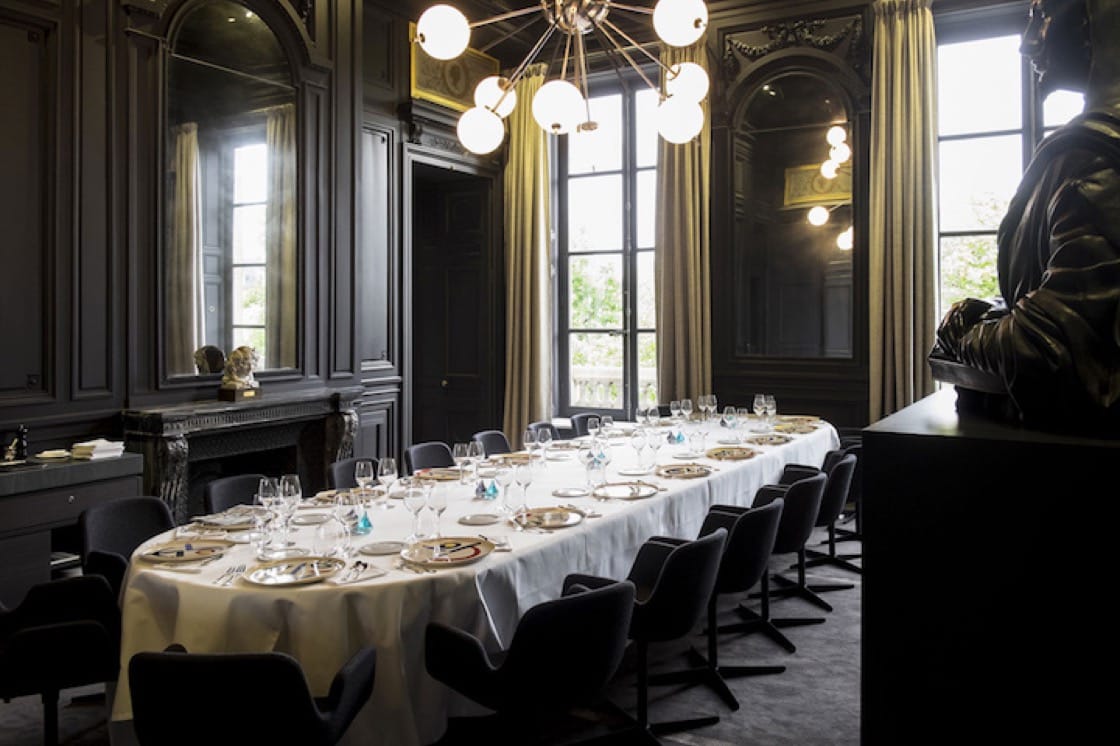 In 2015, the chef set up shop in the Hôtel de la Monnaie, on the banks of the Seine. Prices at Guy Savoy begin at €250 for the a la carte menu and works up to €395 for the set, which sees a whole-roasted barbecued pigeon, oyster concassé and monkfish among aubergine caviar with sautéed ceps. 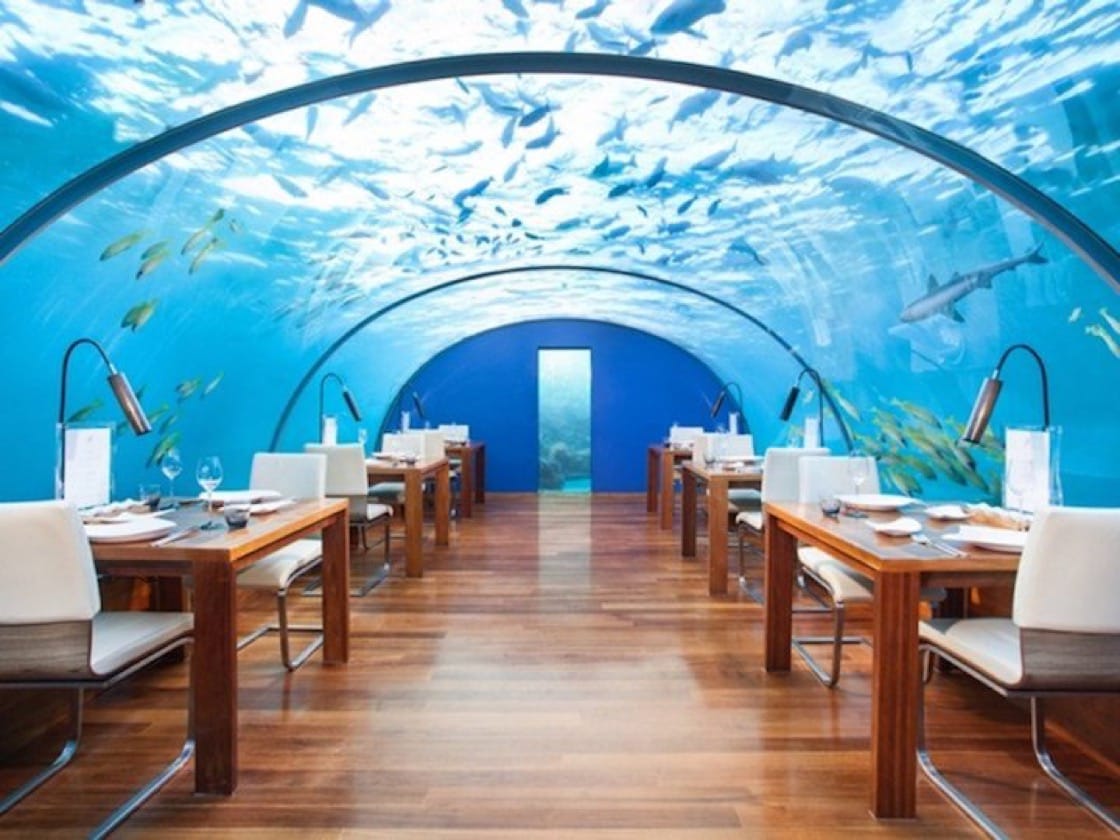 Ithaa is the world's first all-glass underwater restaurant, located five metres below sea level. It is a feast for both the eyes and stomachs. The panoramic view allows customers to dine while witnessing the underwater world go about their business, all this without getting their feet wet. The four-course lunch and six-course dinner menu are largely contemporary European in style and cost anywhere from US$195 to US$320, without drinks. 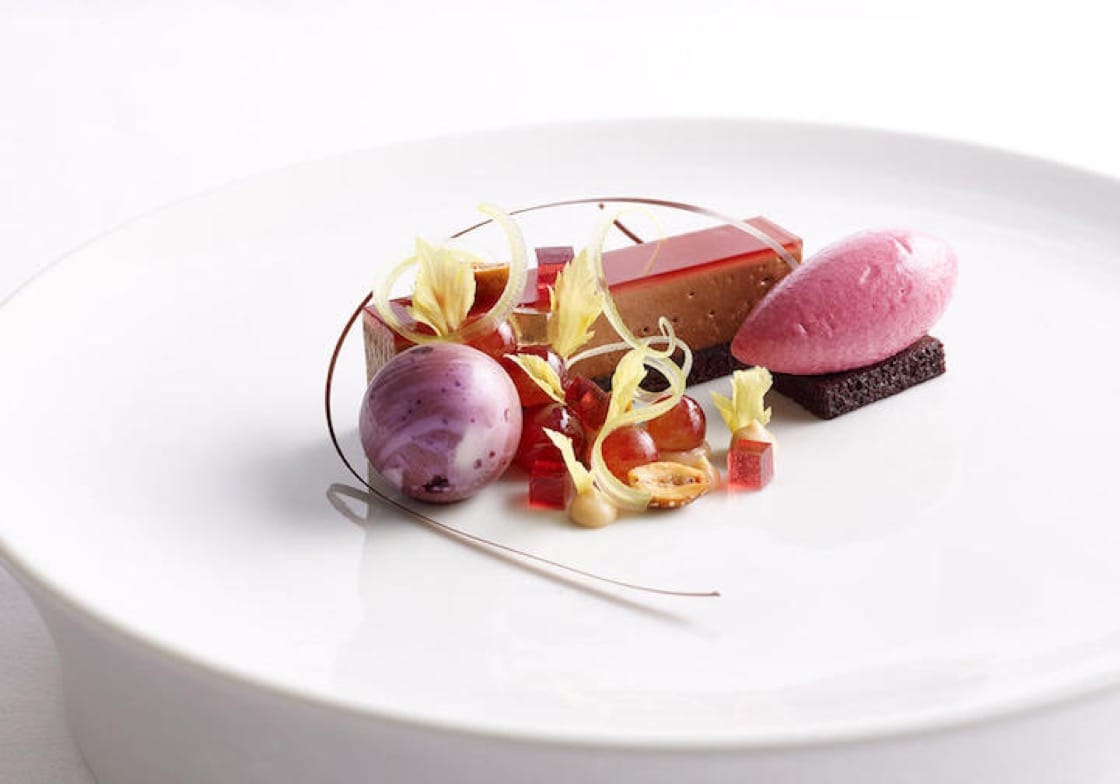 'Assortment of Desserts', the dessert course at the end of Per Se's chef tasting menu
Per Se, US$325 ($442)
Location: New York, United States of America

Thomas Keller's restaurant Per Se nods subtly to The French Laundry; the decorative blue door at the main entrance is styled after the one at The French Laundry. The restaurant is hushed and intimate and all of the 19 tables enjoy a view of Columbus Circle and Central Park. Two tasting menus are offered daily: a nine-course chef's tasting menu as well as a nine-course vegetable tasting menu. There's no discrimination though, both menus cost US$325.

SEE ALSO: Travel Guide: 7 Afternoon Teas to Have in London 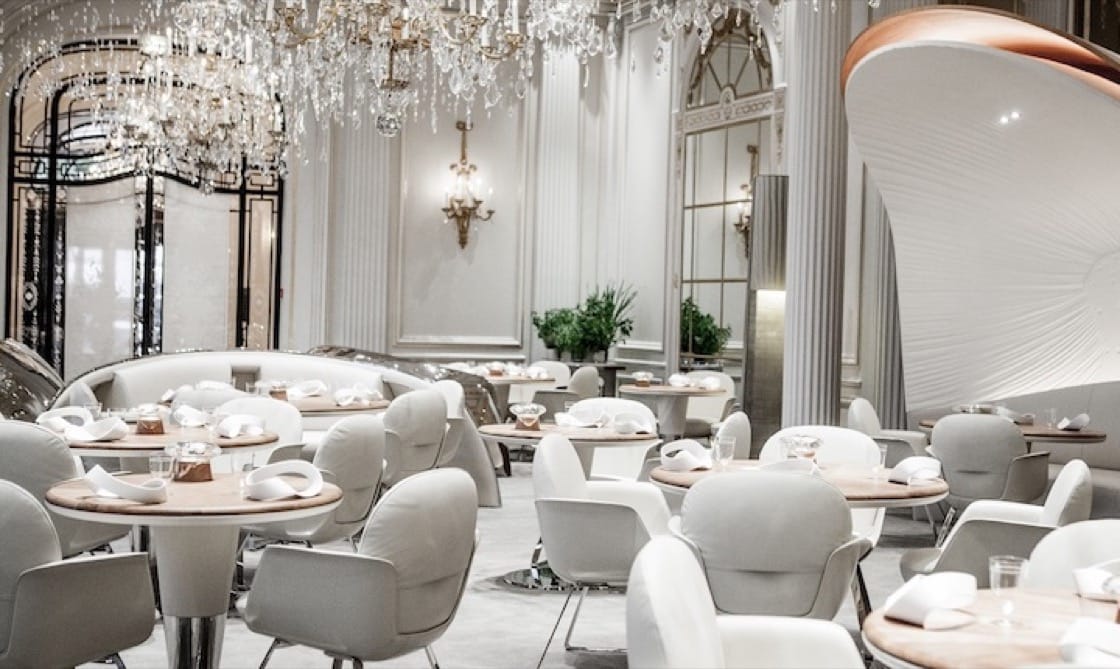 The "Jardin-Marin" menu concentrates on the very best of what the current season has to offer.
Alain Ducasse au Plaza Athénée, €380 ($603)
Location: Paris, France

The French heavyweight chef revamped his restaurant at the Hôtel Plaza Athénée in 2014 and the sheer glamour should be enough to recommend Alain Ducasse's most lofty Paris undertaking. The dining room ceiling drips with 10,000 crystals and cutlery created in the 1970’s by Roger Tallon is reedited for the restaurant. Main courses here will set diners back €110 to €155 and a menu of three half dishes, cheese and dessert will cost €380. Drinks not included. 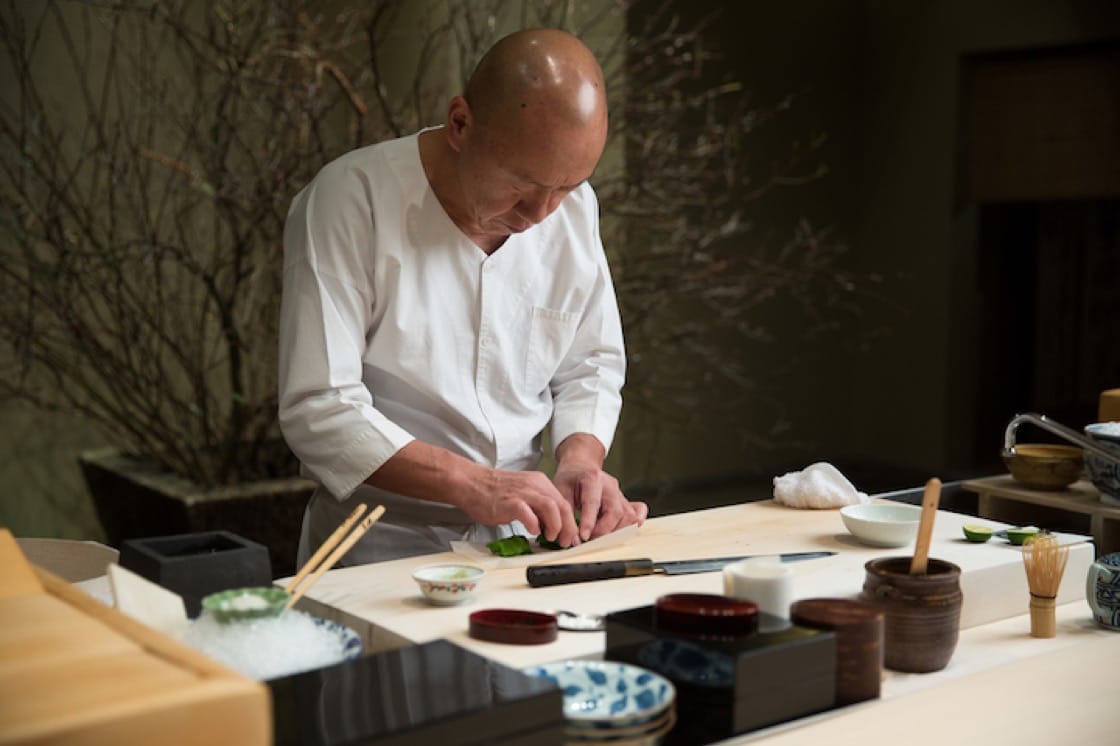 With a tasting menu that costs US$595 per head, not including beverages and tax, Masa is often called America's most expensive restaurant. Reservations for the 26-seater restaurant are taken three weeks in advance and it is said that chef Masa Takayama prepares the menu himself, featuring fresh fish and Kobe beef flown right out from Japan. 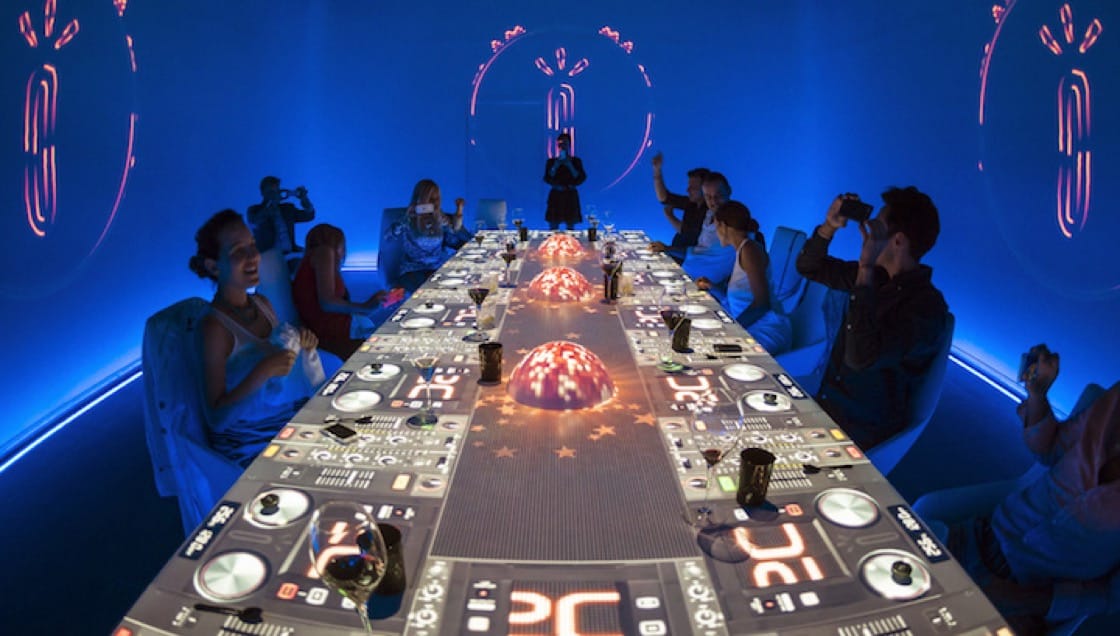 Yes, you read that right. The 12-seat restaurant at the Hard Rock Hotel charges a €1,500 a head for its 20-course dinner. Open only during the island’s summer season (June 1 to September 30), SubliMotion offers diners an immersive, culinary-entertainment experience, which includes virtual reality elements, laser light shows, and projection mapping in a room. If Willy Wonka had a restaurant, this could be it. Think edible entrance tickets, a variety of seafood cooked in a shell and a DIY salad that guests pick from vegetables that appear to be growing out of the table. 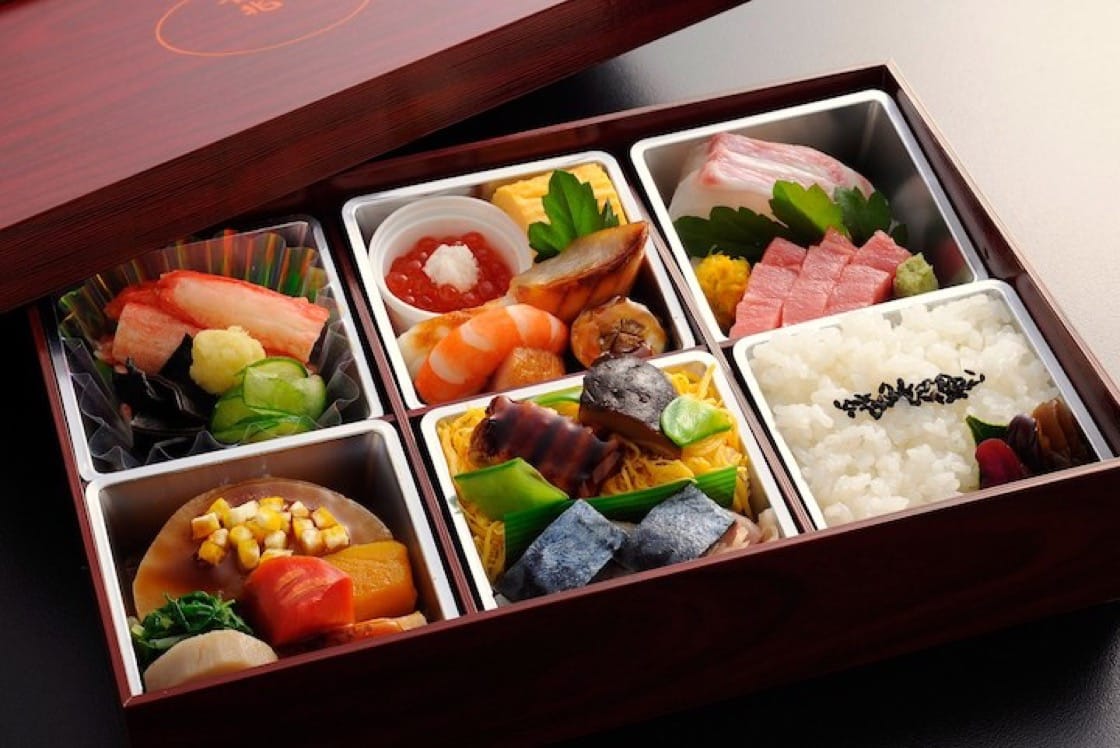 Three Michelin-starred Kitcho Arashiyama Honten is to many a temple of Kyoto kaiseki cuisine. Chef Kunio Tokuoka is at the helm here, taking over where his grandfather left off. The restaurant is styled in the fashion of a tea ceremony house, with tatami mats and low tables overlooking beautiful gardens. And the dishes served here are premium and seasonal, which is the cornerstone of kaiseki.