To say that Daniel Boulud is a well-known name in the industry is an understatement. A veteran of his craft and with a slew of restaurants around the world, including two-MICHELIN-Starred Daniel in New York City, Boulud steps foot again in the Lion City after almost three years. Apart from tending to his MICHELIN-listed restaurant in Marina Bay Sands, db Bistro & Oyster Bar, the celebrated chef is also big on mentoring the next generation of culinary professionals, carving out time to speak in educational forums to inspire and encourage the youth. Boulud is also here to catch up with old friends such as Julien Royer of 3-Star Odette and Mathieu Escoffier of 1-Star Ma Cuisine, and, of course, Mr. Boulud is here to eat.

“Whenever I am in Singapore, I always ask the chefs where to eat,” says Boulud. “Julien Royer is a really good friend of mine, and yesterday, I ate at his 3-Star restaurant, Odette, with my team of chefs. I wanted them to experience the restaurant and spend some time with Julien. After dinner, Julien and I went to this Greek restaurant called Bakalaki to catch up on life. I also hope to enjoy a meal at Claudine before I fly out,” says Boulud.

RELATED: Making Memories Around the Table with Julien Royer
While Boulud has been to Singapore a number of times before, he says that so much has changed since the pandemic, and in his three years of not being able to travel to the Lion City, there are so many new restaurants that he has to try. “I’m the kind of guy who will either eat local or eat big,” he says. “I also want to make a visit to Zén, since they’ve recently been awarded 3 MICHELIN Stars. Also, Ma Cuisine, to visit chef Mathieu Escoffier — we used to work together.” 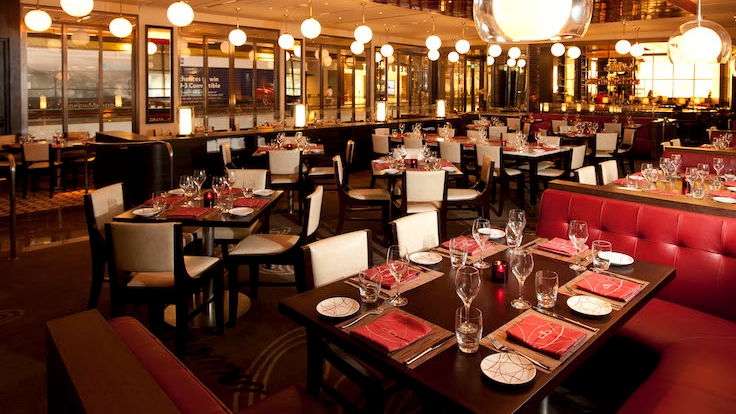 Boulud reminisces his first visit to Singapore: “We opened db Bistro & Oyster Bar in 2010, but I first visited in 2008 because I was invited to cook in a gala dinner for a food media company. I explored all the wet markets and discovered hawker food, and it was such an eye-opening adventure.” While Boulud is an experienced restaurateur, having opened restaurants in many parts of the world, he describes his first taste of Singapore’s food as 'amazing'. “I now understand why Singapore is so famous for being the city for food. A lot of Singaporeans visit my restaurants in New York, and we always end up talking about what new restaurants are opening in Singapore. I end up wanting to eat in so many places that I need to extend my trips here all the time!” he says jovially. 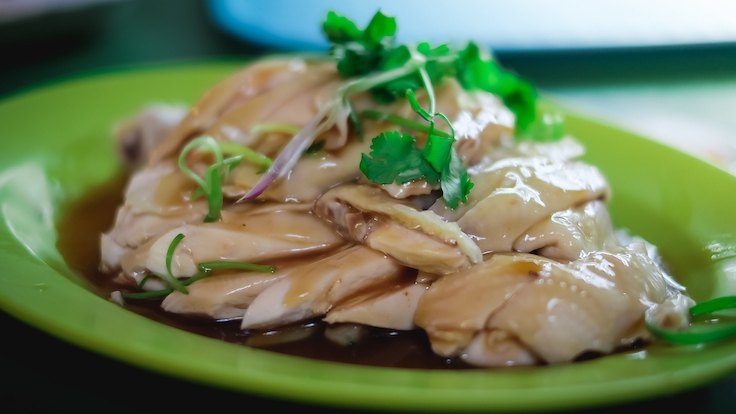 Chicken rice is one of Boulud's favourite local dishes.

On Hawker Centres and Local Food

According to Boulud, he has a soft spot for hawker centres because he says that they are unlike any other food culture. “People can say that because I live in New York, I must be so spoiled with all these food markets and food trucks all around the city. But the Singaporean hawker centre is unlike anything I have experienced,” he says. “In hawker centres, I feel this coherence of cuisines that may not be from the same country or tradition, but they still blend harmoniously together.”

“Singapore is this multicultural center of food. There’s a lot of creativity and a lot of emerging talent. The myriad of cuisines, the cooking, and the local street food are just amazing.” 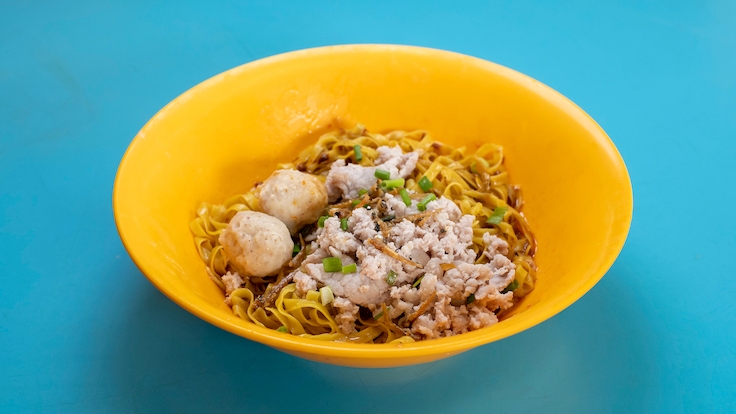 Whenever he is in Singapore, Boulud says that his chefs always take him somewhere new to eat, and that he can always expect good food. “Chicken rice has always been my favourite local dish in Singapore. It’s so special,” he says. “Chilli crab is great; also laksa and bak chor mee. There are a lot of great noodle dishes here; there is a lot of variety. Also, the representation of different cultural cuisines such as Malaysian, Indonesian, Indian, Thai, Peranakan, and Vietnamese is very well-done.”

“You can go as deep inside the heart of Singapore and always have an experience that is unique.”

Finding Hope in the Midst of the Pandemic

Upon mention of other countries, Boulud looks back at the effects on the pandemic, and its impact on travel. “The last two years were very complicated,” he says. Boulud recalls March of 2020 when his 2-Star restaurant, Daniel, was doing its annual fundraising event. “I asked Julien [Royer] to come and take part in it; I even told him to extend his stay and to take advantage of New York! Little did we know that the pandemic was about to reach its peak. Thankfully, he managed to take the last flight out before the country shut down.”

The impact of the pandemic definitely reared its ugly head, even in the city that never sleeps. “The entire world was disrupted, especially the hospitality business in New York. Hotels and restaurants collapsed,” Boulud shares. Despite the challenges faced, he remains optimistic. “Now, the world is opening up. Travel is resuming, and we are learning to live with COVID-19. It is challenging; however, it’s my calling to serve and give people opportunities for a decent livelihood, so I refuse to give up.” 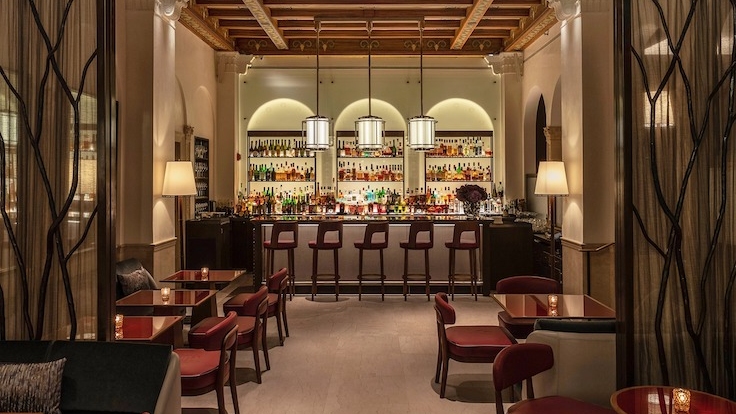 At the moment, one of Boulud’s restaurants in the once-bustling and tourist-clad Broadway remains shuttered due to the area’s lack of activity. Despite this hurdle, the French chef has managed to open yet a new restaurant in the heart of Midtown: Le Pavillon, whose menu is vegetable-forward and seafood-centric, showcasing recipes rooted in French culinary techniques that elevate seasonal produce and ocean catch.

Situated in One Vanderbilt, a stone's throw away from Grand Central Station, Boulud exercises a refreshed creativity in the kitchen, as seen in new dishes such as the Oysters “Vanderbilt”, which features a creamy oyster gratinée topped with a hazelnut and parsley-seaweed crust. Created in celebration of the opening of Le Pavillon in New York, the dish is a modern spin on the classic oyster chowder clad in a seaweed and hazelnut crust. 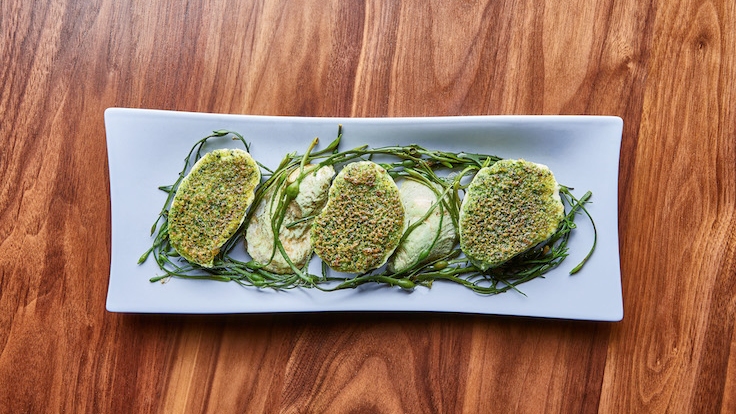 There is also a cauliflower dish served with a sauce that references the classic Sauce Veronique made with white wine, aromatics and crème fraîche, accompanied by Mojave grapes, organic spinach and a kick of spice from Fresno pepper. 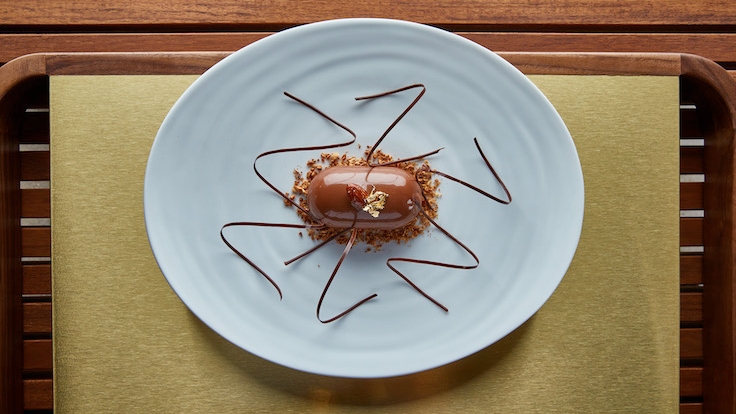 The spotlighted dessert is Noisette Chocolat, which takes the form of an oval dome, coated in a glossy praline glaze. It opens up to display layers of milk chocolate crémeux and crisp praline croustillant atop a hazelnut nougatine base.

As the sliver of hope and the light at the end of the tunnel grow larger and brighter, we asked the renowned restaurateur to park passion aside and give his thoughts on opening and managing a restaurant from a business perspective. “If you’re using your own money, don’t overspend so much on construction. Be cautious, because COVID-19 caught us off-guard. Be smart with your finances, and try not be in debt as much as possible. ”

“You can have the best talent in the world, but if you cannot sustain your business financially, you
cannot succeed," he continues. With the cost of goods and ingredients also perpetually on the rise, Boulud urges restaurateurs and chefs to keep the creativity fired up. "It's so important to buy quality ingredients and cook quality food without losing money in the end; finding that balance is so important," he advises.

For Boulud, traveling to Singapore has become a means for both inspiration and work. He stares up the ceiling, heaves a great sigh, and says, "I wish I could stay longer since it's my first time back in three years; there's so much good food to eat here." In the end he breaks into a smile and says that he can't wait to come back again to Singapore — with his family in tow, this time around — and relish more of what the Lion City has to offer.