“Welcome to the crazy place,” says Ivan Brehm, only half in jest, of his Appetite Research Centre, soft launched on 7 August on the second and third floors above Nouri.

Appetite was first founded as a R&D kitchen in 2018, just a year after Nouri opened its doors, as a series of meetings and experimentations held within the one MICHELIN star restaurant. When the previous occupiers of the space above Nouri moved out last year, Brehm was offered the lease and took it up in December, with plans to give the concept full flex in a venue to call its own.

Unfortunately, Brehm's ambitions to launch Appetite earlier this year were thwarted due to COVID-19. MICHELIN visited the space as renovations were being carried out in March, but like everyone else, we had to wait until now to see Brehm’s vision fully realised.

READ MORE: How Nouri Reinvented Itself Amid Restaurant Shutdowns

“Appetite continues the investigations that Nouri started, such as where traditions evolved and how interconnected food traditions are,” Brehm expounds. “We have naan bread in India and nang bread in China. And they’re definitely related. That says something deeper than the bread, it says something about the people – we are also deeply related. What started to come out is something we coined crossroads cooking, which is the act of cooking that highlights these interconnected systems”.

Appetite is the evolution of a crossroads cooking project into what Brehm calls a "crossroads thinking" project. As Brehm and his team started to investigate those food relationships in other forms, such as art, thoughts and architecture, their aim is to bring together an R&D kitchen, record bar, art gallery, and events venue to create a new kind of community across boundaries. 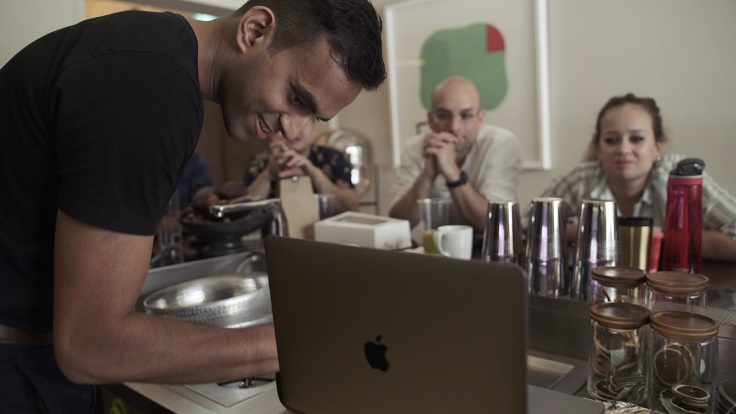 Appetite is comprised of both Brehm and head of research Kaushik Swaminathan, as well as a full team that comprises kitchen head Ashlee Malligan, beverage director (and Nouri general manager) Matthew Chan, head chef Russell Nathan and art programmer Jean Ng. Alongside them are 14 curent research panellists who work remotely from various cities around the world. The multi-disciplinary team and advisory board includes chefs, anthropologists, historians, journalists, artists, and designers. When their work is finalised, they make a presentation to the team at Nouri, so that there is a closed loop where the research can be used to impact the way they cook. That way, all the chefs in the restaurant are consistently engaged with the process of the research.

For instance, Clara Zervigon from Los Angeles, worked on a few major pieces, from Swahili food and cooking fish, to the 16th century Japanese-Portuguese trading relationship that led to tempura and kompeito. Kathryn Miyawaki based in New Haven researched and interviewed Shone Puipia for the first exhibition, while Kathy Poh in Singapore conducted background research on the first exhibition and one of the artists, Pinaree Sanpitak.

RELATED: The First Day We Got Our Stars: Ivan Brehm 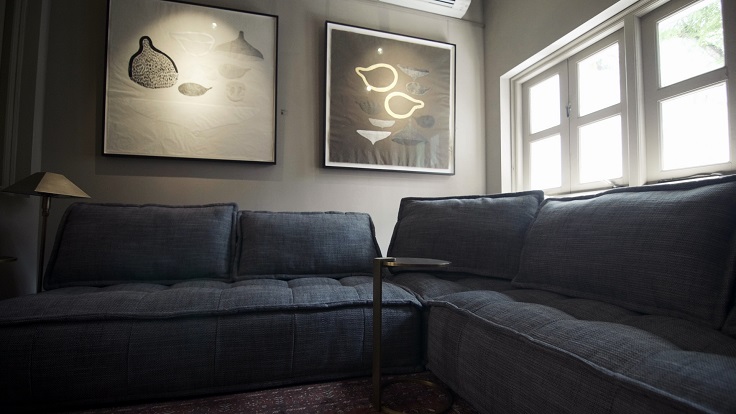 For its opening exhibition, four Asian creatives on the theme of the female form were selected. Thai conceptual artist Pinaree Sanpitak brings a wealth of sensorial experience in collage, drawing, painting, printmaking and sculpture, with the recurring motif of the female breast represented as vessel and mound. She has an ongoing collaborative project where she invites chefs to create meals using breast-stupa-shaped cooking moulds in Breast Stupa Cookery (2005-present).

Singaporean Yanyun Chen bases her works on the body and its aesthetic, cultural and technological inheritances. While currently a full-time lecturer at Yale-NUS College, she runs a charcoal-based drawing, animation and installation practice. Her Ph.D dissertation in 2018 investigated nudity as an artificial construct, in Skinning Nudity.

The youngest artist of this collection is Shone Puipia, a Thai fashion designer with a bachelor’s and master’s degree from the Royal Academy of Fine Arts in Antwerp, Belgium. In 2017, he set up his eponymous fashion label, working out of his multidisciplinary space, soi sa:m. His garment designs explore new identities through the use of materials and techniques, fuelled by his inspiration from film and visual artists.

And adding to the vibrancy of this mix is veteran photographer S.H. Lim (Vivat Pitayaviriyakul), who captured the Thai golden age of film stars and beauty queens from the 1960s to 1980s. Like nostalgic time capsules, his iconic works present the glamorous faces of the past. 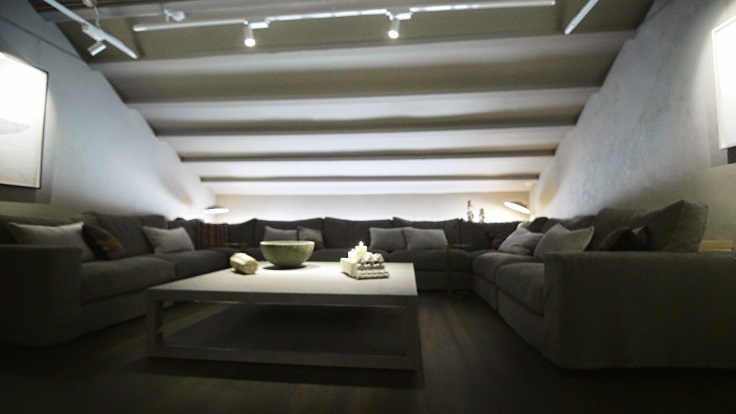 Appetite's attic floor houses the Listening Room, with a collection of over 3,000 vinyls

There is a seamless transition from Nouri to Appetite, as both are designed by the same eye – Akira Kita of AKA Architecture and Interior Design. Appetite is divided into a few rooms – the R&D kitchen, which is also a private dining area for 10 persons; the lounge and main art exhibition area; and the listening room for curated vinyl music sessions. Access may be slightly more restricted now due to COVID-19, but all the spaces are available for booking by the public in line with current social distancing rules.

The idea for the dining space is to have a completely separate menu from Nouri, with a pure focus on Appetite’s R&D work and in-season ingredients. The beverage programme will be similarly dedicated to terroir-driven labels and artisanal spirits, with current in-depth explorations of Gut Oggau Austrian natural wines and Samaroli whisky and spirits. Finally, the listening room on the third-floor attic space is home to over 3,000 vinyls from one of their investor’s personal collection. While some of the records will be made available for sale, Appetite will also be looking to add to the collection over time.

Ultimately, Appetite has changed the way the team cooks, says Brehm. “It has made us question the use of ingredients and techniques, not just for their value from the taste standpoint, but also the meaning standpoint. We use meaning as an ingredient."

He adds: "The fact we are in the same house means that Nouri and Appetite is connected, not just in thought but physically. Where Nouri is the stomach brain, Appetite is the head brain, and they all share the same heart but have slightly different functions.”