The 18-year-old home-grown restaurant, which is best known for its chilli crab, is steeped in Singapore’s seafood restaurant history.

Chilli crab from home-grown seafood restaurant Roland Restaurant ranks high on the must-eat lists of many tourists and local foodies.

On any given day, this moreish stir-fried dish is a common sight in the sprawling 1,000-seat restaurant that is tucked on the sixth storey of a car park complex in Marine Parade. However, this iconic Singapore dish has humble beginnings as a favourite dish of the Lim family who lived in a seaside kampong near Upper East Coast.

Roland Lim, 61, owner of the eponymous restaurant says that the dish was the brainchild of his mother, Cher Yam Tian, 84, who was experimenting with more adventurous ways to cook crabs in the 1950s.

“My dad brought home crabs that he caught from the sea and my mum always steamed them,” he recalls. “However, he got bored so she stir-fried the crabs with chillies and tomatoes.” The dish became a family hit and word about this dish started to spread among her neighbours with many convincing her to sell this dish. 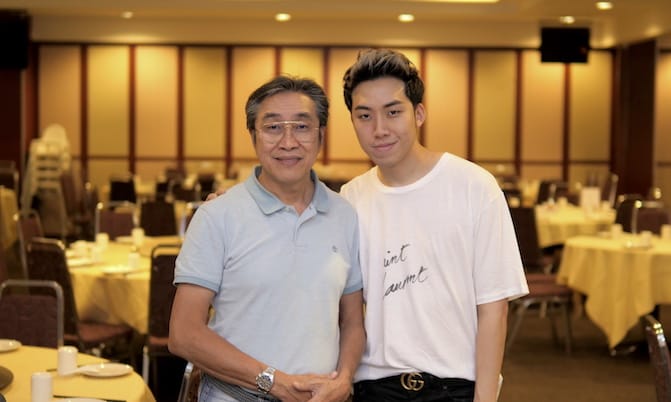 Roland Lim and his son, Justin Lim
Street Stall By The Sea

It didn’t took long before the Lims started a roadside stall along the beach in Upper East Coast Road. “There wasn’t electricity supply in the area so we cooked over an open charcoal fire,” Lim reminisces. “We only had two tables then and customers could only recognise us from the kerosene lamp.”

Besides chilli crab, she also whipped up comforting home-styled dishes such as black sauce prawns, baby squid, chilli cockles and seafood hor fun. Hungry for more business, she also roamed around in Kallang with her pushcart — at the risk of environment officers confiscating her cooking wares as she did not have a licence to sell food then.

The popularity of her food continued to grow and the Lims expanded their stall into a restaurant in 514 Upper East Coast Road in the 1960s. They named it Palm Beach Seafood Restaurant, inspired by the many coconut palm trees in the restaurant’s beach location.

From his teenage days, Lim, who is the second of four children, was a familiar sight at Palm Beach. Without much aptitude in his studies, he was egged on to help out in the family restaurant. He says candidly: “I left school when I was in Primary 4. I tried attending night classes but I also couldn’t make it, so it was better that I joined the restaurant.”
Advertisement
Advertisement 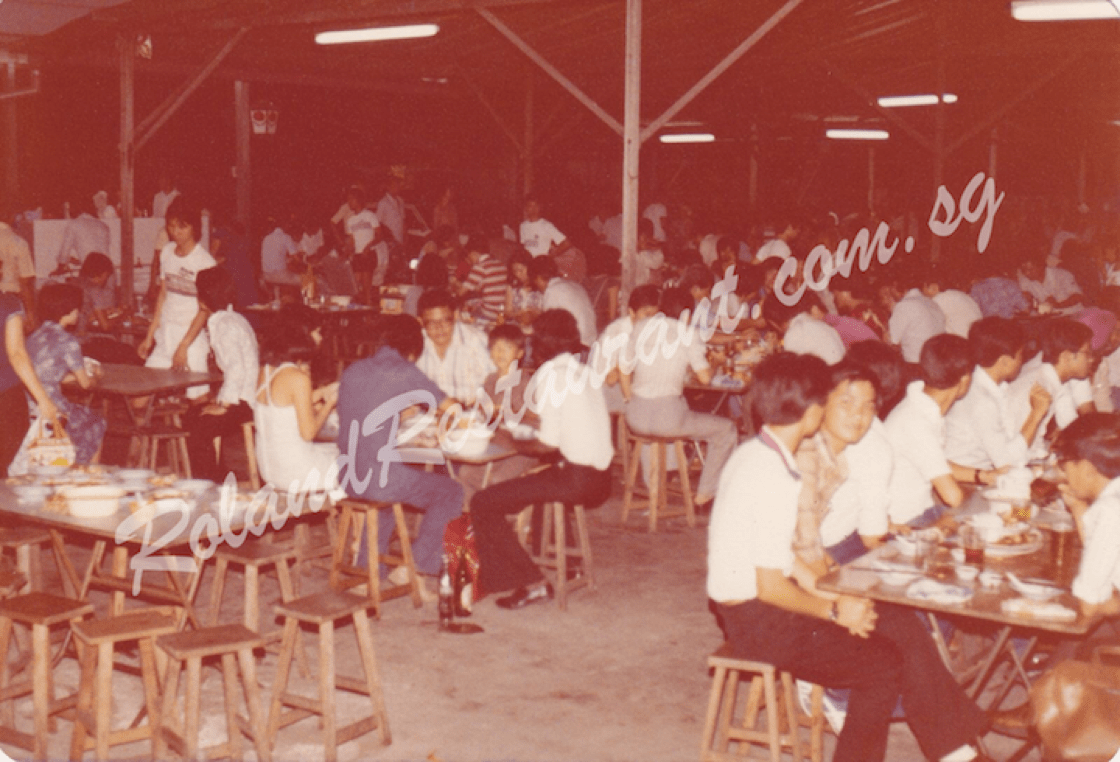 Besides interacting and serving customers, he also learnt how to cook from his mother. He says: “It started with boiling cockles before I learnt to fry bee hoon and kway teow. Then, I moved on to cooking baby squid and prawns and, finally, I learnt to cook the chilli crab.”

Palm Beach grew to become a well-known seafood restaurant. However, things took a turn when Lim’s parents decided to sell the business and migrate to New Zealand in 1985. But Lim and his wife returned to Singapore a few years later as they were unaccustomed to the “quiet life” there.

Upon his return, he started a partnership with the new owners of Palm Beach Seafood Restaurant.

With a sigh, he laments: “It is a waste that I cannot take back the Palm Beach name and when I think back about this, it is quite painful. I wanted a place where I can put my name to it.”

In 2000, he did just that. He took over Sin Leong Restaurant, which was owned by his godfather, chef Sin Leong, who was one of Singapore’s culinary “four heavenly kings”.

At Roland Restaurant, he has kept the same four dishes that his mother made popular at Palm Beach. Hailed as “the heroes of the menu”, the chilli crab, black sauce prawns, baby squid and chilli cockles have delighted three generations of diners. 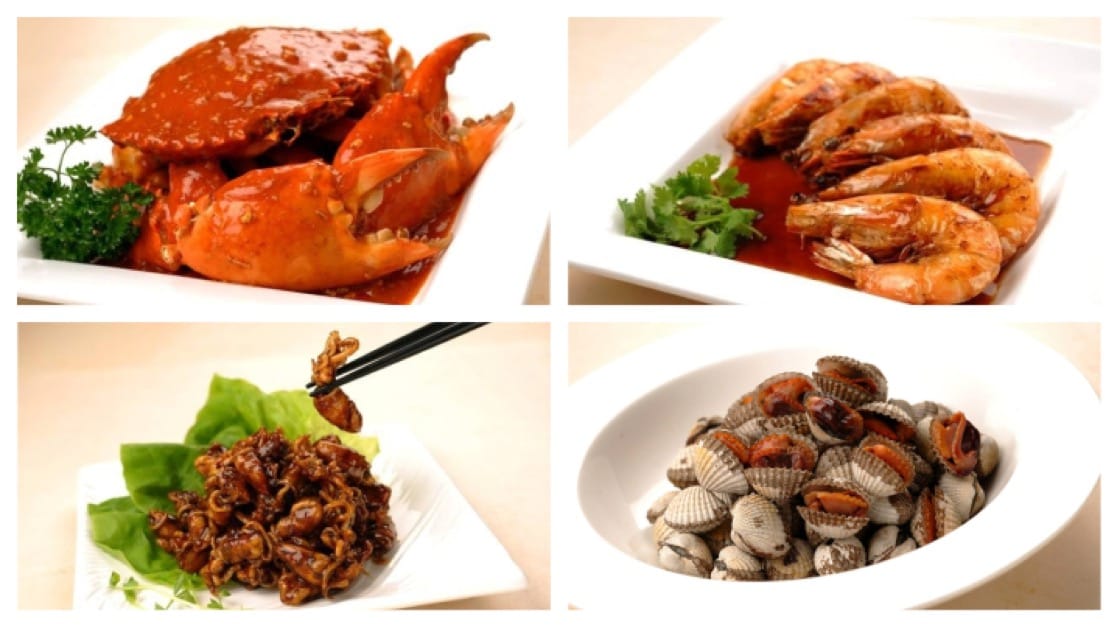 Over the years, the chilli crab has become synonymous with Roland Restaurant. On what makes the dish special, Lim is tight-lipped about his mother’s “secret recipe”, which is known to only him and his long-time head chef.

He will only say that the trademark sauce contains the usual ingredients such as sambal chilli, tomato and egg. He says: “Our sauce gives a punch from all the spices and the recipe has not been tweaked since day one.”

Besides the four famed dishes, other popular items on the menu include Teochew-style pomfret, deep-fried dough fritters with sotong paste and home-made tofu with gingko nut.

However, Lim frankly dismisses newer dishes such as fried salted egg yolk fish skin as fads that come and go “like bubble tea”. Lim says: “The popularity of new dishes dies off quickly, but the appeal of the older dishes can stand the test of time.”

““It is a waste that I cannot take back the Palm Beach name and when I think back about this, it is quite painful. I wanted a place where I can put my name to it.” — Roland Lim”

Interacting With Diners Is His Secret Weapon

With burgeoning competition in the Chinese restaurant scene and every other zichar restaurant serving its version of chilli crab, how does Roland Restaurant keep up with the competition? Lim, who calls himself the restaurant’s “front man” says that it all boils down to maintaining a close relationship with diners — many of whom are now regulars.

He says: “I am most happy when I see diners who have dined with us in the 1950s and 1960s, and now they have become grandfathers who bring their grandchildren to eat here.” His secret lies in socialising with them closely.

“Talking to customers is my passion. By building rapport with diners, they are more willing to give you feedback on how to improve,” he adds. “We become friends and every time they think of eating out, they will think of my restaurant.” 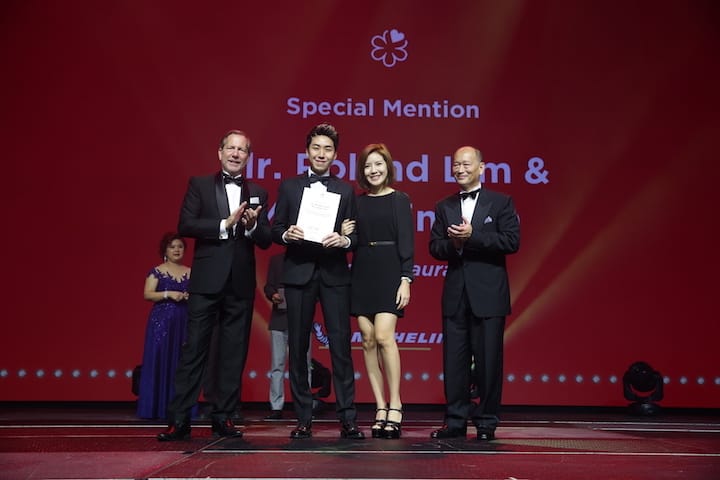 The MICHELIN Guide Singapore paid tribute to the pioneers of Singapore’s culinary scene at the gala ceremony this year.
Initially Resentful On Joining Family Business

These days, the job of mingling with diners has been passed to his youngest son, Justin, who manages the front-of-house. The 31-year-old started working at the kitchen part-time since he was 13 in order to earn an allowance. When he joined Roland Restaurant seven years ago after National Service, he was in for a rough ride. Instead of a cushy managerial position, his father threw him into the deep end with a kitchen assistant role. What was meant to be an one-year stint to ease manpower woes stretched to three years.

His duties included bringing out the prepared ingredients for chefs to cook, plating dishes and washing kitchen utensils. He says: “In the kitchen, the head chef is the boss. People didn’t care if I was the boss’ son. They didn’t give me face, and scolded and shouted at me.”

These days, he is grateful for the tough training despite being resentful about it initially. He says: “Now, I know the kitchen operations inside out. If I see something is not right with the colour of the dish or its presentation, I can send it back to the kitchen. The kitchen is where everything starts.” Over the years, he has also manned the reception, taken reservations and folded table napkins.

These days, the younger Lim is also ramping up social media and marketing efforts, in a bid to catch up with rival seafood restaurant chains. Roland Restaurant’s social media pages are filled photos of local personalities who have dined there.

One of the more noteworthy diners is swimmer Joseph Schooling, who won a gold medal at the Olympic Games last year. The older Lim says with a laugh: “Joseph’s parents have been dining here even before he was born. My promise to him was if you win the gold medal, you will get your favourite black pepper crab free every time you visit my restaurant.”

On taking over the reins of Roland Restaurant, Lim junior says: “If my family isn’t in the restaurant trade, I wouldn’t have joined it as it is too tough. However, I was born into it. It would be a waste and heart-aching to lose this legacy.”
Advertisement
Advertisement