Soybean skin goes by many names in Asia where it is traditionally eaten. This prized product of the tofu-making process is known as fu pi in China, yuba in Japan, and closer to home, tau kee or fu chok.

When soy milk is boiled and concentrated, a thin film forms on top of the cooling milk which is skimmed off in sheets and hung to dry. For centuries, Chinese and Japanese cooks have used the versatile ingredient in braises, stir-fries, stews, and soups. Soybean skin is a common feature from street food staples to the menus of MICHELIN restaurants around the world.

Now, local snack maker Crusty’s has hit upon a delicious recipe to package soybean skin as a convenient snack perfect for movie night or for munching on the go.

Watch "A Short History of Tofu"

Crusty’s Singapore first captured the nation’s palate with its line of salted egg yolk crispy fish skin snacks and the team has been on a lookout since for products that best represent the local food culture. “Tau kee is an ubiquitous part of life in Singapore,” says Crusty’s co-founder and production director Melvin Wong. “It’s in so many local dishes like yong tau fu, dim sum and vegetarian bee hoon.”

He adds that mock goose, or zai er, a popular accompaniment to vegetarian bee hoon made by layering soybean skin and deep-frying it till crispy, was the inspiration for their new snack. 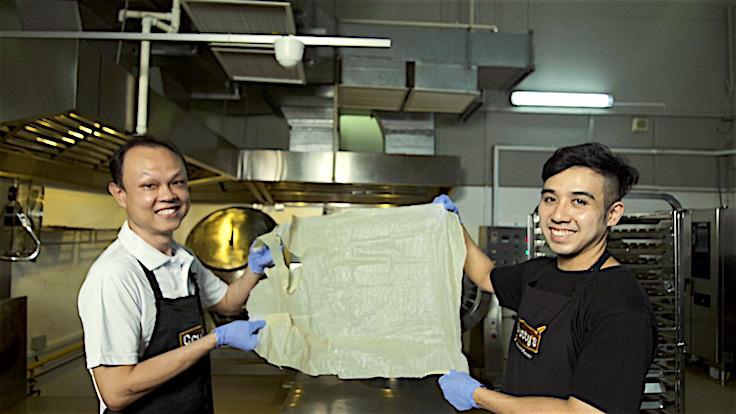 At Crusty’s factory, the soy skin crisps are first fried and then coated in the snack maker’s signature salted egg yolk sauce. Rich and laden with umami goodness, the sauce is made from scratch with whole salted egg yolks, curry leaves, chilli padi and other seasonings. The airy, bunched-together layers of soybean skin allow all the golden goodness to coat the crisps evenly and generously. The soy skins are then baked in the oven before going through the packing process, ensuring they stay crispy for a long time, according to Wong. 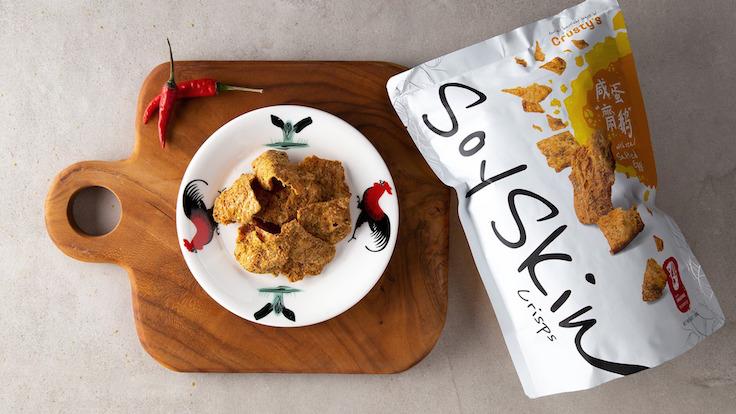 The result? An innovative packaged snack that encapsulates a taste of Singapore’s local food culture and breathes new life into a traditional ingredient.

This post is brought to you in partnership with Crusty's Singapore