Teo Shi Kai remembers the many occasions he spent as a child eavesdropping on the late-night meetings his parents had with their business partners about The Blue Ginger, the family's Peranakan restaurant.

More than two decades later, the 32 year old is now holding some of these meetings himself.

In January this year, Teo launched the first offshoot of the family business in Great World City, a recently refreshed shopping mall a few minutes drive from Orchard Road. The 70-seater restaurant has an open layout and a contemporary colour scheme of terracotta orange and shades of deep blue to cater to the shopping mall crowd, but its colonial design motifs and vintage clamshell lamps pay homage to The Blue Ginger's original shophouse location.

A taste of tradition

Opened in 1995, The Blue Ginger was born out of the Teo family's shared passion for Peranakan fare and the convivial dining culture it represents. Over the next 25 years, the restaurant in a charming three-storey shophouse would become a mainstay on lively Tanjong Pagar Road, and even the go-to venue for many a lavish wedding feast.

READ MORE: Behind The Bib: The Blue Ginger 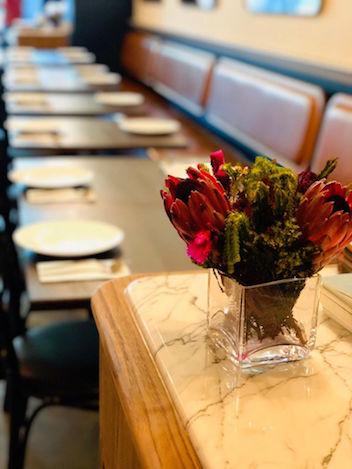 In 2016, The Blue Ginger caught the attention of MICHELIN’s inspectors who praised it for its authentic flavours and generous portions and selected it as a Bib Gourmand establishment in the sophomore edition of the MICHELIN Guide Singapore.

The restaurant’s repertoire of Peranakan dishes are still prepared from time-honoured family recipes handed down from one of the founding partners. “Growing up, if I wasn’t in school or wasn’t at tuition then I was at the restaurant, running up and down the wooden stairs and eating the very same food we are still making now,” Teo says, laughing.

To maintain the authenticity of the restaurant’s cuisine, the cooking and training of the kitchen team at both outlets are overseen by the same head chef who has worked with the family for 18 years. “What is most heartening to me is to hear our old customers coming to the new branch and saying the food tastes the same as they remember,” shares Teo. 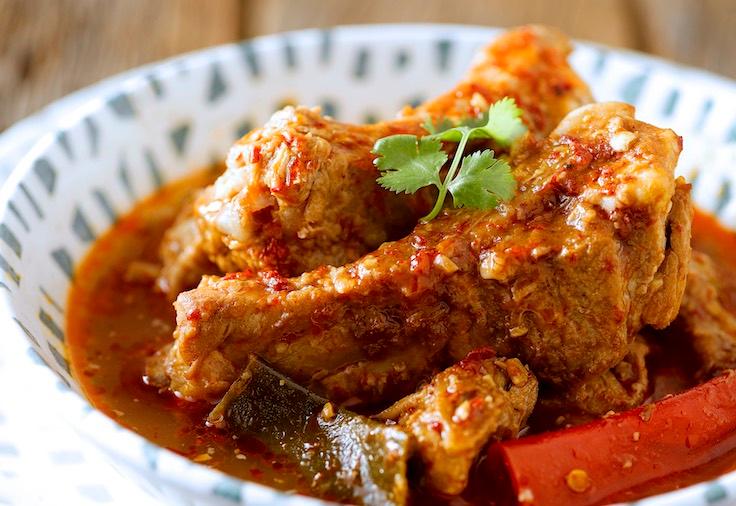 On the menu at both outlets are classic Nyonya dishes like dainty cups of Kueh Pie Tee ($8 for four) brimming with juicy turnip, bamboo shoots and shrimp; fragrant Ayam Buah Keluak ($24), which is chicken braised with spices and the fermented seeds of an Indonesian tree, as well as the quintessential coconut shaved ice dessert of Chendol ($5), optionally topped with a generous dollop of D24 durian puree ($7).

Traditional Nyonya cuisine, after all, evolved from generations of home cooking and every family has their own preferences and recipe variations. At The Blue Ginger, this is reflected in the gravy-laden styles of Beef Rendang ($20) — meltingly tender cubes of beef slow-cooked in a curry spice paste and coconut milk — and Pork Ribs Assam ($20). The latter is the restaurant’s rendition of the classic Peranakan babi assam, which is usually prepared with fatty pork belly rather than prime rib, and braised in a tamarind sauce till the meat just falls off the bone with the prod of a fork.

“In our family, we prefer our braises and curries to have lots of gravy, and they are best enjoyed with rice,” Teo explains. “Without rice, the meal just will not seem complete.” 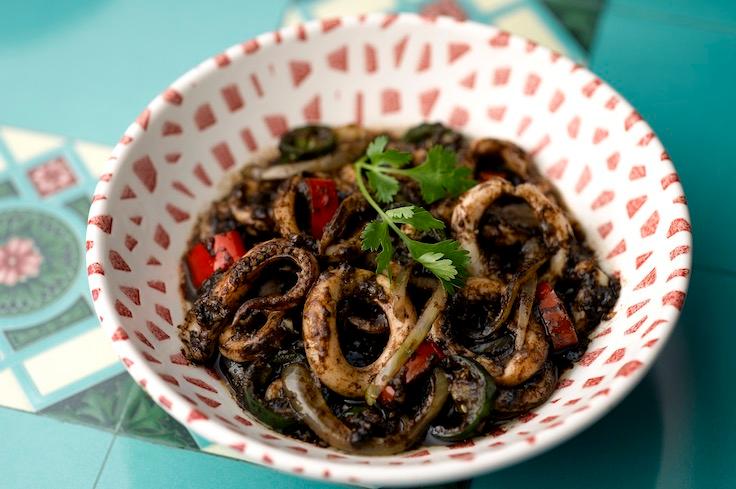 For Teo, the new outlet is an opportunity to update The Blue Ginger brand for a new generation of diners and present Peranakan cuisine to a younger and wider audience. Other than revamping the restaurant's website, he has also re-designed the menu to include concise descriptions of each dish. Teo is also working on compiling dish photos and even a booklet filled with Peranakan trivia, so people can have a better appreciation of Peranakan culture while they are enjoying its cuisine. 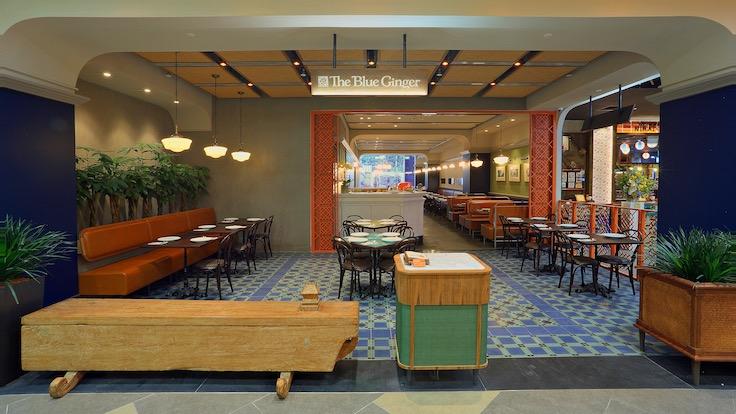 “I see The Blue Ginger as my family legacy,” says Teo. “I want to make it more accessible to a new audience while upholding what has been important to my family all this while, which are quality, authenticity and hospitality."

"We want to welcome you to our home,” he says.