Rendangate: 5 Michelin-Listed Eateries To Have Rendang That Is Not Crispy

After a MasterChef UK judge commented that a chicken rendang cooked by an eliminated contestant was "not crispy", a rendang row has erupted.

Chicken rendang has been stirred up in a pot of controversy recently.

The brouhaha was sparked when Zaleha Kadir Olpin, a Malaysia-born contestant on reality TV cooking show, MasterChef UK, was booted out last week as one of the show’s judges uttered the c-word—‘crispy’—that have ruffled the feathers of angry foodies.

After praising the sweet sambal prawns and ikan billis, Wallace commented: "I like the rendang flavour, there's a coconut sweetness. However, the chicken skin isn't crispy. It can't be eaten and all the sauce is on the skin, so I can't eat it.”

He added: “What disappointed me was the chicken skin wasn’t cooked. And the flavour of the rendang sauce was on the skin.”
For the record, rendang is a meat dish that is stewed in coconut milk and spices such as nger, chilli, galangal (blue ginger), lemongrass, garlic, shallot, kaffir lime leaves and turmeric. The braise lasts for a few hours, which makes the meat soft and tender, while being infused with spices. The liquid also thickens into the rendang gravy.
After being bombarded with furious comments from netizens, who ridiculed Wallace’s lack of knowledge of Malaysian food, the TV host has come out to clear the air. On yesterday's Good Morning Britain talk show, Wallace clarified: "I said the skin wasn't crispy. I didn't mean it should be fried, like a fried chicken. What I meant was it wasn't cooked and it simply wasn't."

When pressed on why did he used the word ‘crispy’, Wallace brushed it off by saying: “But rest assured, the best cooks will always go through”.  Zaleha has gone on to start a supper club and events and catering company in Bristol.

However, it looks that this salvage is too little, too late. This rendang rah-rah even prompted several government officials to cheekily weigh in. Malaysia’s prime minister Najib Razak tweeted “Who eats 'crispy' rendang?" in Malay, and Britain’s ambassador in Malaysia, Vicki Treadell, also gave gave a bite-sized Twitter lesson on rendang.

Some brands have also jumped on the ‘Rendangate’ bandwagon. Fast food chain KFC Malaysia pulled off a tongue-in-cheek social media advertisement of a bucket of fried chicken set against a backdrop of flames with the tagline “Not Rendang”.

Advertisement
Advertisement
Craving for rendang after this fiasco? Here are five Michelin-listed eateries where you can indulge in rendang that is not crispy. 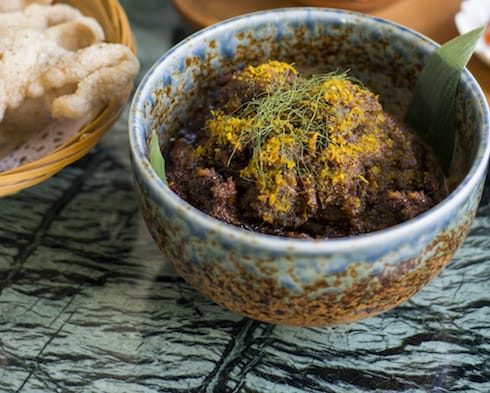 The one-Michelin-starred Peranakan restaurant at COMO Dempsey offers a Westholme wagyu beef rib rendang, which is made with beef from the Australian farm. The meat, which is perfumed with fennel, coriander seed, cumin seed and black pepper is cooked for two to three hours. The luscious chunks of beef ribs are topped with serunding (fried shredded coconut) and slivers of turmeric leaf. This dish is available on the à la carte menu ($32) and is part of the Ah-ma-kase lunch menu ($88++ a person).

Bib Gourmand-lauded Peranakan restaurant The Blue Ginger in Tanjong Pagar Road has been a stalwart in the dining scene. One of its long-standing crowd favourites is the beef rendang that has tender beef cubes prepared in rich coconut milk spiced with ginger, lemongrass, lime leaves and a dash of curry powder.

One of the iconic places to go for rustic nasi padang is this Michelin Guide-listed nasi padang restaurant that is famed for serving kampung-style nasi padang at Jalan Pisang—a stone’s throw away from Sultan Mosque. Save space on your plate of rice for the beef rendang that is slathered with aromatic spices. 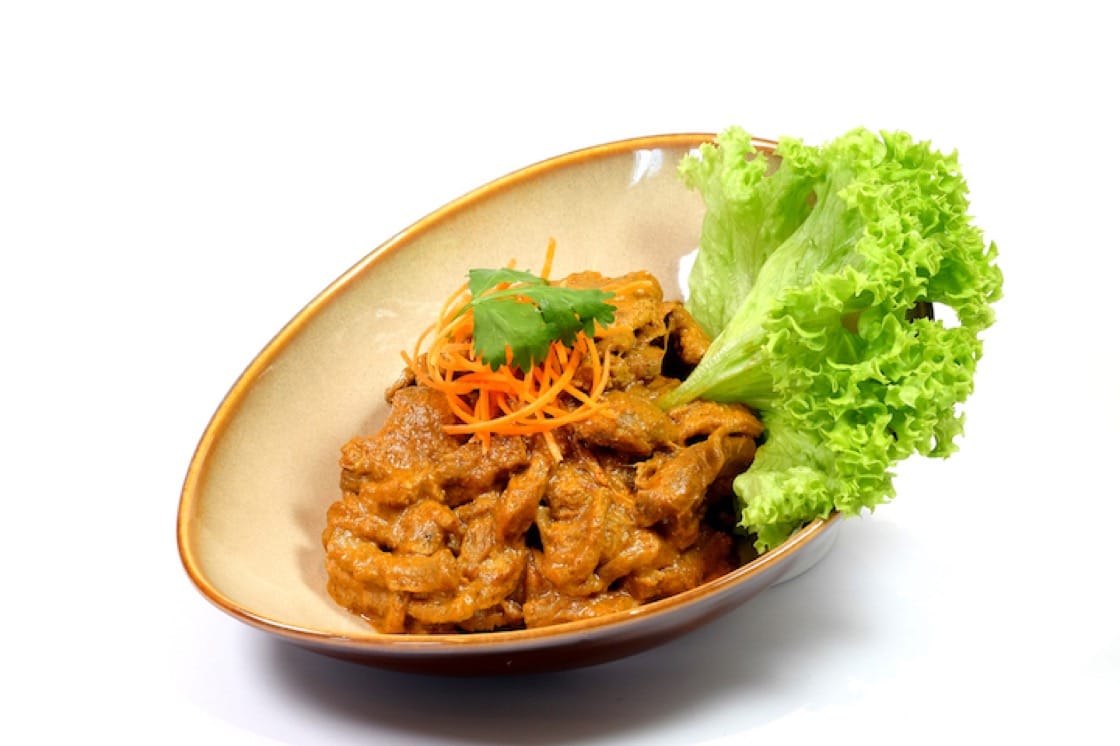 Sick of meat? You can have your “rendang” at Whole Earth, a vegetarian restaurant in Peck Seah Street that has been awarded a Bib Gourmand the past two years. One of the signature dishes is the Penang Rendang ($22) that is actually shiitake mushrooms marinated in a piquant blend of Peranakan herbs and spices such as kaffir lime leaf, lemongrass, blue ginger, candlenut and ginger flower.

This Michelin Guide-listed eatery in Selegie Road is known for its unique self-service ordering process. Diners help themselves to rice and dishes. They are charged according to how much food is piled onto their plates. Kukus mean ‘steam’ in Bahasa Indonesia, a reference to the cooking method of the rice instead of being cooked in coconut milk and water. Making a good pairing with the rice are mutton and chicken rendang, amongst other side dishes that include curry chicken, sayur lodeh (vegetable curry) and fried chicken wings.