Innovation has become a necessity for Singapore’s F&B industry as dining out continues to be restricted under measures to contain the spread of Covid-19 in the country.

After three months of adapting to takeaways and deliveries, diners are now able to venture out for their meals, but many are equally comfortable exploring the diverse range of cuisines and experiences that can be enjoyed at home. We look at these three restaurants that are staying nimble and ahead of the game through their forays into technology. 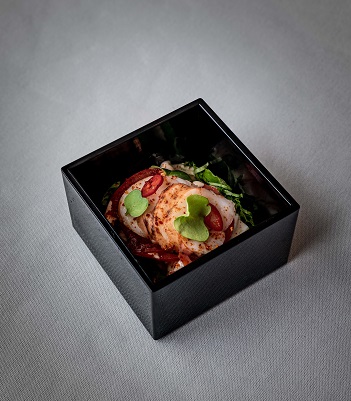 
Fancy for chef-owner Emmanuel Stroobant to appear in your dining room? That’s the premise of Virtual Saint Pierre, where your meal will be delivered to your home by a smartly dressed staff member accompanied thereafter by a virtual live appearance over Zoom from Stroobant, who will interact with guests and introduce the day’s menu.

Virtual Saint Pierre takes inspiration from Saint Pierre’s 26-course A-Z menu unveiled in 2017, which showcased creativity and respect for quality produce in a selection of light, starter-sized dishes. In the Virtual showcase, the meals come in the form of eight dishes laid out in a premium bento box, comprising amuse-bouche, starters, mains and desserts. There are two menu choices, which could feature carefully sourced items such as lobster with Royal Belgian Oscietra Caviar, and Hokkaido scallop with apple and dill. Bear in mind, you’ll need a minimum of 15 up to a maximum of 30 diners for this occasion.

Saint Pierre also teamed up with wine distributor Enoteca to organise a one-off Virtual Wine Dinner with Saint Pierre, featuring four wines from Bollinger, Pascal Jolivet, Opus One, and Allegrini and guest speakers from each winery as well. This type of coordination for a physical dinner would have proved daunting to organise before, but took place online without a hitch.

It goes to show that restaurants willing to go the extra mile can find new recipes for success beyond their own dining rooms. 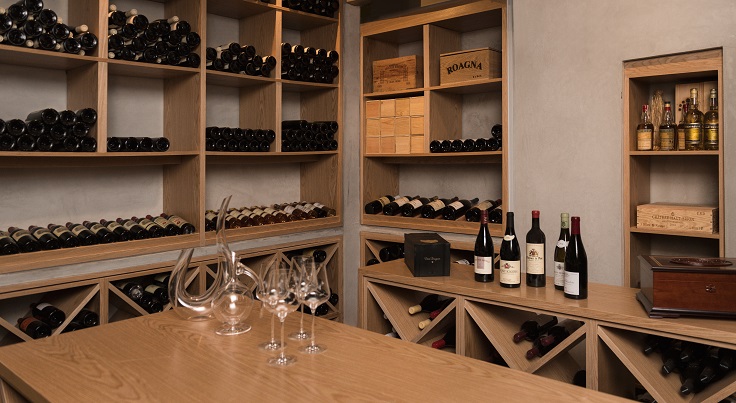 If you’ve enjoyed the soulful soundtrack of Radio Meuh and the art of Hubert Le Gall at Ma Cuisine Singapore, you’ll be delighted to get reacquainted with them via the new Ma Cuisine app – the first of its kind for a MICHELIN star restaurant in Singapore. Launched on 20 July, the app’s whimsical and recognisably French design was a collaboration with Martine, a creative studio in Paris which had also created the brand identity of the gastro wine bar when it opened in 2017.

Through the app, the restaurant has conceptualised experiences that range beyond just food and wine to also encompass fine tableware from Riedel, art pieces from Cuturi Gallery, flower sculptures from Dan Takeda and ingredients such as caviar from Caviar Colony. To get to know these curated partners better, editorial features such as interviews and photos are thoughtfully included, as well as the ability to chat with the co-owners directly.

Says co-owner Anthony Charmetant, “We’re always asking ourselves how we can do things better. Once we got to know our customers in Singapore better, we wanted to find more ways to connect and create a community. I realised that we have similar tastes and like the same things. So, we put together the things that are part of the Ma Cuisine lifestyle on the app.”

The lists of fine and rare wines are different from what’s available in the restaurant, and arranged by Charmetant into straightforward bottle purchases and experiences, which comprise horizontals and verticals of hard-to-get labels like Coche-Dury and Harlan Estate. Of note is the Rhone horizontal, On The Rhone Again 2001, featuring eight bottles across estates like Maison Chapoutier, Jean Louis Chave and Domaine Paul Jaboulet Aine. Chef and co-owner Mathieu Escoffier’s food menu is easy to navigate and find wine matches at the same time – think a rich duck liver terrine with hazelnut flavours, finding favour with a white from Vouvray (Burgundy) or Champagne pairing.

“We have the gastro wine bar in Singapore. It is our Ma Cuisine 2.0 after the first one in Beaune. So, we think of our app as Ma Cuisine 3.0. – Anthony Charmetant” 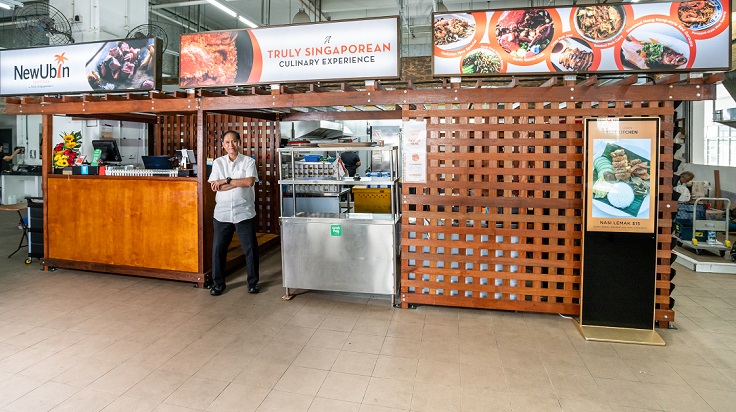 Sixty-five-year-old SM Pang, founder of New Ubin Seafood, has toyed with the idea of cloud kitchens for scalability since last year. His restaurants in CHIJMES and Balestier offered nasi lemak and curry rice as occasional specials onsite, as he started to tweak dishes representing the Singaporean palate under the tagline ‘Truly Singaporean’. He finally debuted these dishes and more on 13 July in a virtual kopitiam (coffeeshop) concept called UbinEats, where each digital stall specialises in a well-known and loved hawker dish.

He espouses, “There is still so much of Singapore’s cuisine that needs to be represented – many of them not intuitively created for communal dining.” For a start, he’s offering five sub-brands, comprising Ubin Nasi Lemak based on Pang’s Nyonya grandmother’s recipe; Vijay Banana Leaf named after New Ubin chef Vijay Sivaganam; Ah Koon Scissor Cut Curry Rice for this Hainanese staple; Ah Ma Chicken Curry Noodles; and Ah Boon Signatures based on traditional economical rice stalls. Each is offered bento style, with ample ingredients catered to the more urbanised preferences of the younger generation.

Says Pang, “UbinEats was always intended to be a virtual restaurant catering single-person, ready-to-eat meals to this new generation. It was our way of preparing for the future – except we didn’t think that meant a pandemic. That’s not to say we are entirely giving up on our brick and mortar concept. Our latest New Ubin Village concept in Tampines has shown tremendous promise and we’re looking to grow the New Ubin Seafood brand in a similar trajectory – one that would resonate with our fans all the way from our Sin Ming days.”