Master Chef Hooi Kok Wai of Dragon Phoenix and Mr Lai Fak Nian from Plum Village tells us more about traditional dishes served on the Cantonese and Hakka tables this time of year.

Family, tradition and food come together every Chinese New Year and for Singaporeans, that means tucking in to auspicious lo hei and sumptuous pen cai. While these dishes are a must-have today, that’s hasn’t always been the case. 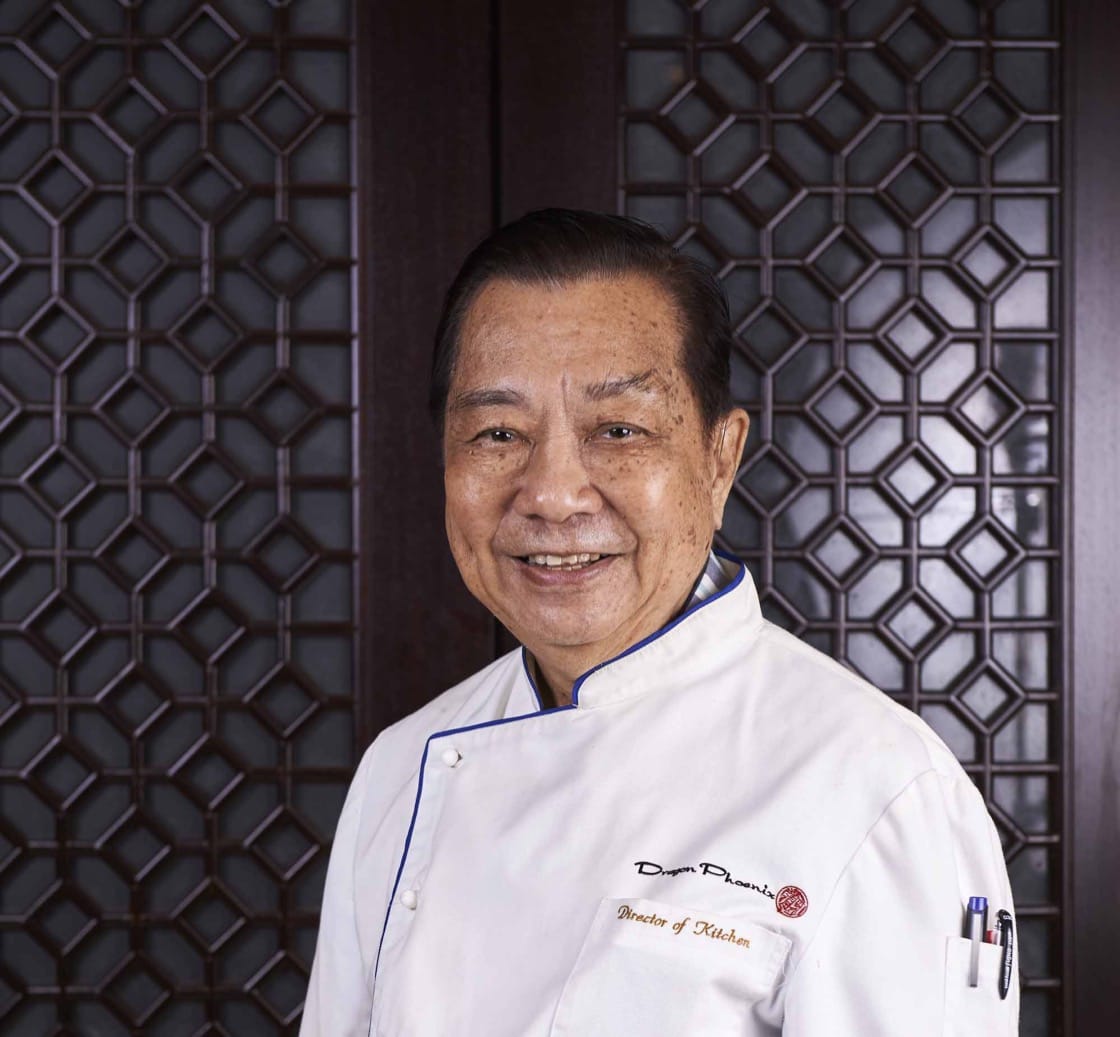 In fact, lo hei was created in 1963 by the Master Chef Hooi Kok Wai of Dragon Phoenix and the three other “Heavenly Kings” of the Chinese restaurant scene: Mr Sin Leong, the late Mr Tham Mui Kai and Mr Lau Yeok Pui.

Decades later, Chef Julian Tam of Wo Peng Cuisine introduced pen cai, which quickly gained popularity. So what exactly was served at the dining table before these well-loved dishes emerged at the forefront? In this two part series, we take a look at dishes unique to each dialect group.
Cantonese Specialties: Lap mei, nian gou and nose to tail dining
“Festive dishes in the olden days are much simpler and did not have fancy names,” says chef Hooi Kok Wai of Dragon Phoenix. “in the 1950’s and 1960’s, most people could not afford to dine at restaurants, and going to one was a big deal.” 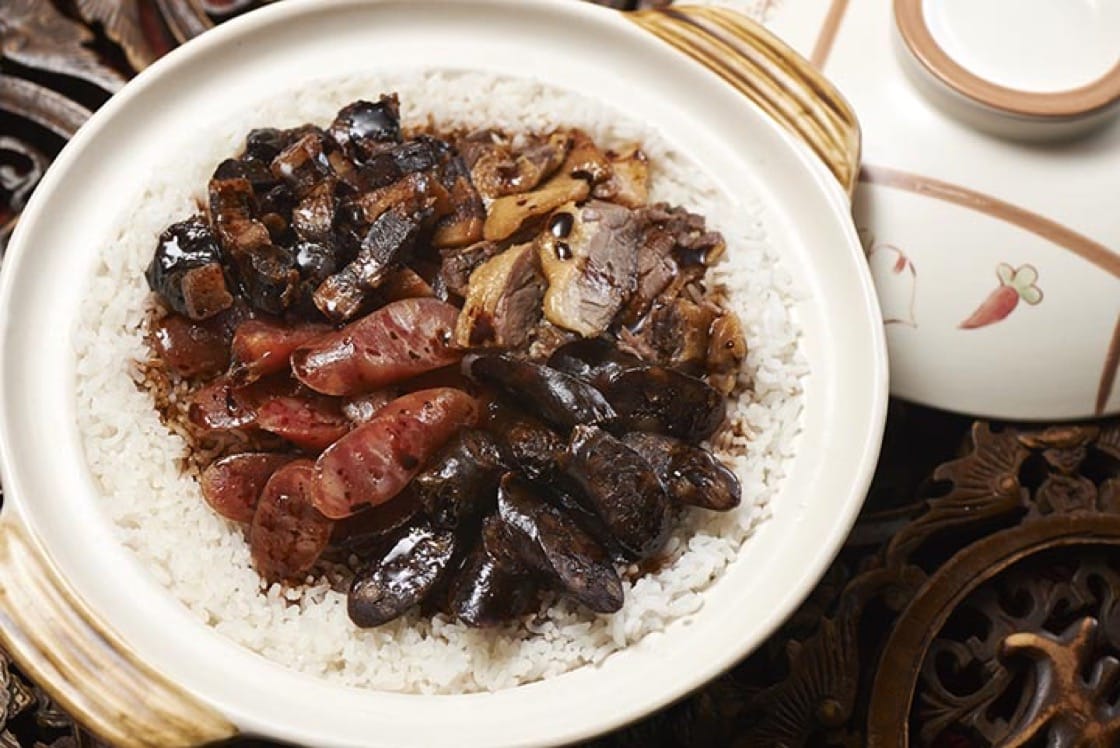 When that occasion takes place, one must-have ingredient was cured meats known as ‘lap mei’ in Cantonese or ‘la wei’ in Mandarin. This tradition hails from the pre-refrigeration era of preserving meats when families during the 12th month of the lunar calendar.  When the new year comes around, it naturally meant that festive dishes featured cured meats prominently.

One such dish is 'lap mei fan' or rice with cured meat. This aromatic rice dish is prepared in a claypot and topped with ingredients like 'lap cheong” (Chinese sausage) and 'yun cheong' (liver sausage) and preserved duck. This delectable combination is then drizzled with a sauce made of oils from the preserved meats, dark soy sauce and light soy sauce just before it is served. 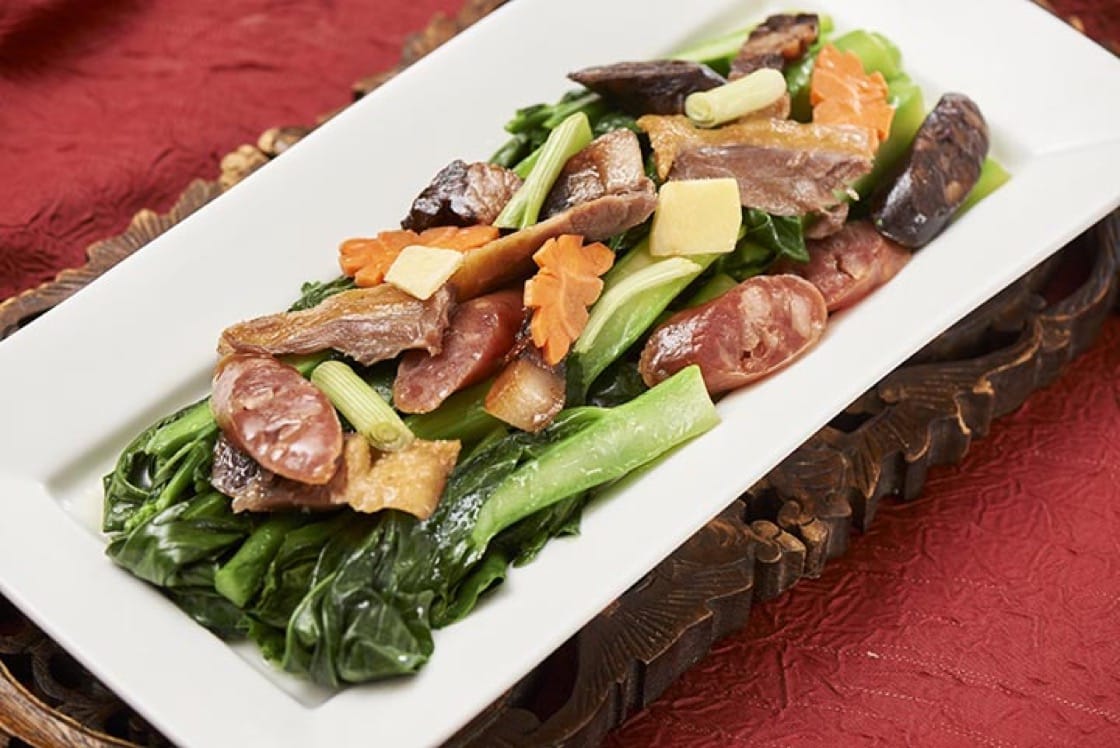 Another humble dish that chef Hooi remembers fondly is lap mei with kalian where the fresh, crunchy vegetable gleaming with the sheen of preserved meat oils is juxtaposed with the sweet-umami flavour of the cured ingredients.

But no table is complete without dishes teeming with symbolism. One way is to cook with the whole animal with the head and tail intact meant to symbolise a good beginning and a good ending. Another is to use ingredients with auspicious names. Think along the lines of 'hao shi' or dried oysters ('hao shi' sounds like good things or good market), 'fa cai' or black moss ('fa cai' sounds like to make a fortune), 'yu' or fish ('yu' means to have surplus of, in this case good fortune or any other auspicious tidings paired with fish).

SEE ALSO: 22 Cantonese restaurants in Michelin Guide Singapore
But of course, no celebration is complete without a little bit of sweetness. Nian gao is a must-have in a Cantonese household. Made with mainly glutinous rice flour and sugar, the sticky rice cake signifies a better year as  'nian' means year and 'gao' means high or tall. It's both symbolic and aspirational for adults to advance in their careers while children grow taller and score higher marks every year.

Hakka Specialties: Stewed Pork Belly and Stuffed Three Treasures
When one thinks of Hakka food, dishes like niang dou fu, or stuffed beancurd, abacus seeds and thunder tea rice come to mind. While these dishes are relatively easy to find, traditional Hakka dishes are hard to come by. Fortunately, there is still one place to head to for a taste of old school Hakka dishes: Plum Village, one of the few remaining authentic Hakka restaurants in Singapore. 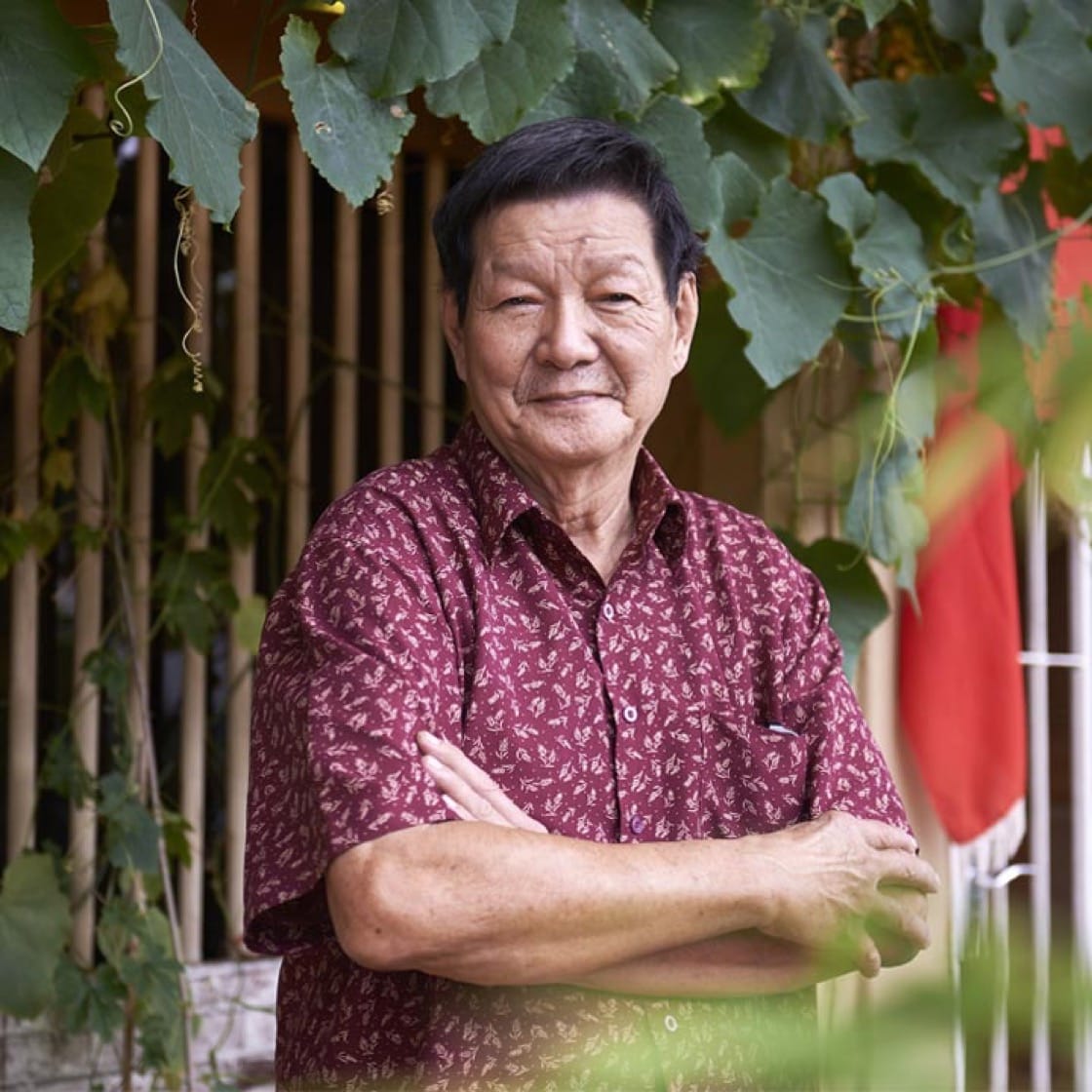 Established in 1983 by Mr Lai Fak Nian, Plum Village specialises in dishes from all over the Hakka region. “Hakka dishes are more rustic in nature and the most important aspect of a Hakka dish is that it has to be filling,” says Mr Lai. Much of this has to do with their history of migration as war and social upheavals have forced the Hakka people to move southwards in five successive waves of migration. Most of them settled down in Meizhou in the Guangdong province, a region of eight counties each with their own signature dishes for the New Year.
One popular dish would be stewed pork belly from Xing Ning. The pork is prepared with red yeast rice, garlic, sugar and rice wine. The result is beautifully tender pork tinted an auspicious red with an intoxicating aroma. 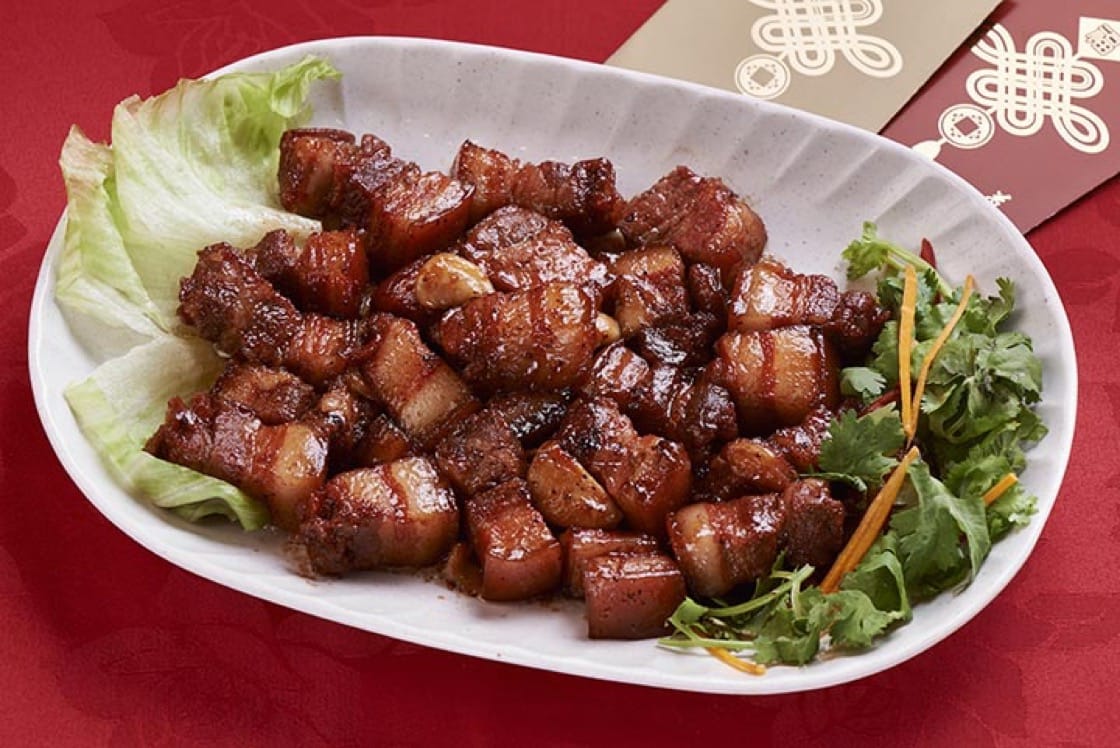 Another dish that guests love is the “Stuffed Three Treasures”. Mr Lai created this dish by taking the stuffing of traditional stuffed beancurd and applying it to dried oysters and making beancurd skin rolls. Mr Lai explains that toufu in the Hakka dialect means fortune, dried oysters (‘borrowed’ from the Cantonese) symbolise good things, and beancurd skin rolls symbolise fortune rolling ones way. Most auspicious indeed, and delicious too. 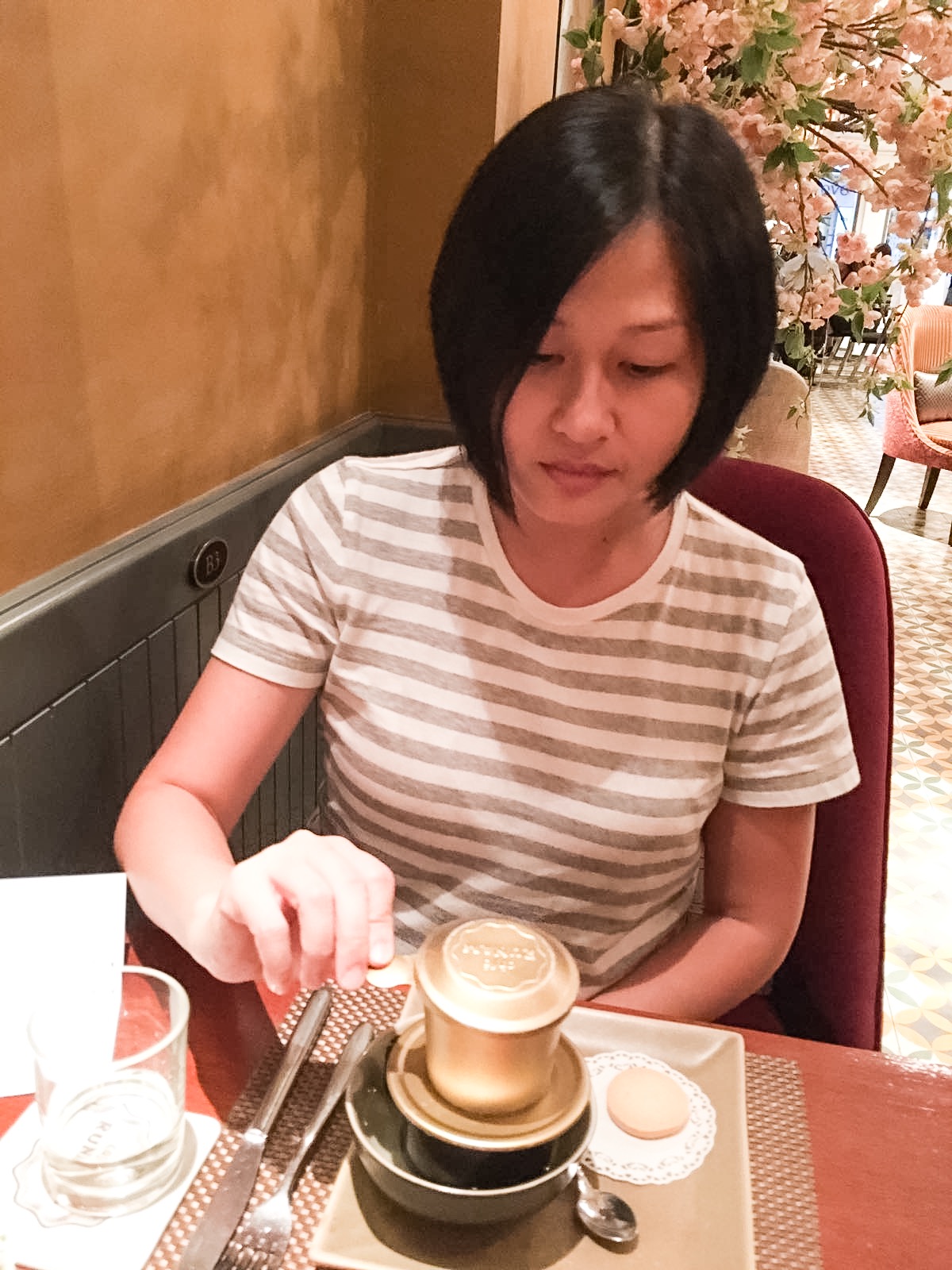 Written by Xie Huiqun
Xie Huiqun counts eating and cooking as two of the most fulfilling activities in life. While she has travelled far and wide in search of all things delicious, there is nothing she loves more than a breakfast of scrambled eggs, oven-crisped bacon, and buttered toast accompanied with a piping hot latté, okay... maybe dim sum.