The last dust of Chinese New Year has barely settled but you are still saddled with towering piles of Chinese New Year goodies, from tubs of pineapple tarts to boxes of bak kwa. And there is still half a carton of mandarin oranges that was snapped up in the flurry of festivities and containers full of leftover food from a slew of festive gatherings.

Besides donating unopened bottles of goodies (which have not expired) to the underprivileged, you can also stretch the value of festive goodies by converting them into other food. Here are some nifty kitchen tips that give festive leftovers a new lease of life.

Slap on leftover bak kwa and meat floss in between sandwiches for a nifty breakfast fix. (Credit: Sunshine Bakeries)
1. Bak kwa sandwiches
Ham is a popular sandwich filling, so it isn’t a stretch to slap bak kwa between two slices of bread. The barbecued pork jerky makes a versatile filling — it is umami and salty with hints of caramelised sweetness. Slather mayonnaise or butter on bread, sandwich a sheet of bak kwa with tomato and cucumber slices and lettuce in between and sprinkle some meat floss for a crunchy and savoury treat.

2. Cookie crumble
From almond, chocolate to butter cookies, the festive season means cookies galore. If you are tired of being a cookie monster, make cookie crumble instead. Simply fill a ziplock bag with cookies and smash them into crumbs with a rolling pin. Sprinkle them over ice cream and pudding or douse them in milk for a comforting textural contrast.
Advertisement
Advertisement 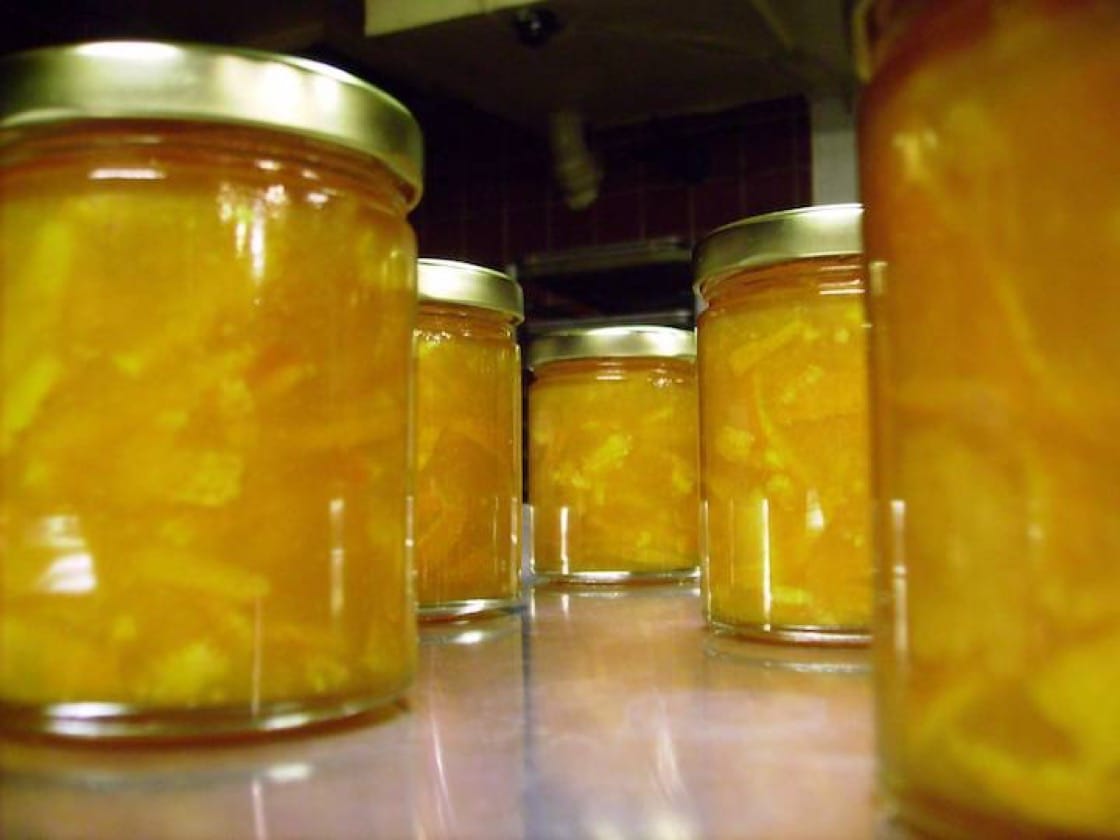 Making orange juice is the most direct way of using mandarin oranges. Alternatively, you can share the love by giving out bottles of mandarin orange marmalade. After peeling the oranges, remove the pith and seeds. Add the remaining orange segments into a pot of water, lemon juice, sugar and slivers of orange peel. Bring the mixture to a boil and let it simmer for 90 minutes until the liquid is reduced to a gel-like consistency. Drain the mixture and fill the sterilised jars with the freshly cooked jam and place them in a refrigerator for a few weeks before consuming.

Suffered from an overdose of pineapple tarts? It is time to de-construct them. For open-faced pineapple tarts, the buttery and flaky pastry can be included in the cookie crumble mix (see above), while the orbs of pineapple filling can be detached and combined to make a considerable amount of pineapple jam. This is no ordinary jam made from the fruit. The fibrous pineapple tart fillings are slightly spicy as they are infused with spices such as cinnamon sticks, cloves and star anise. 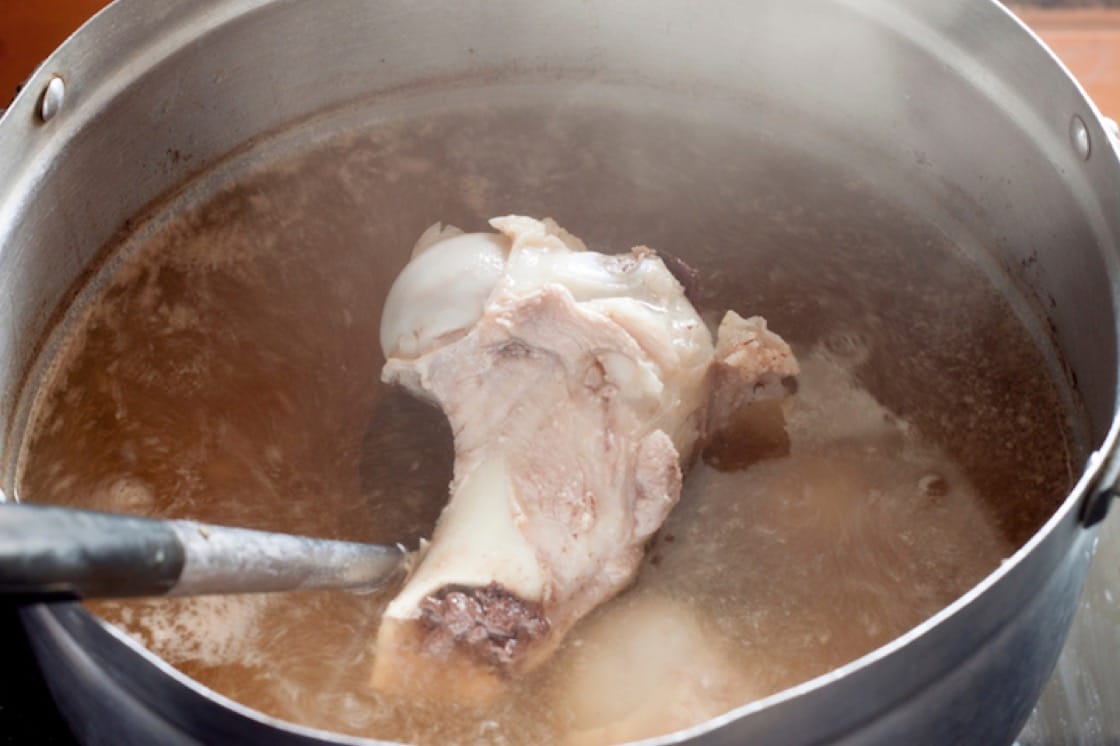 Pork bones add a layer of nourishing richness after they have been simmered in a stock.

Chinese New Year feasts are all about abundance, which makes leftovers such as chicken carcasses, prawn shells, fish and ham bones and pork ribs very common. Instead of binning them, they are superb for brewing stocks. You can also simmer them to inject flavour and richness into porridge.