5 Things to Know About the Humble Cassava

Bet you didn’t know your tapioca chips and bubble tea pearls are made from a poisonous, native-Brazilian root vegetable.

What do bubble tea pearls and tapioca cakes have in common with Brazilian farofa and pão de queijo (cheese buns)? The answer is cassava, a woody shrub also known as manioc, yuca or mandioca. Check out these five interesting things to know about the humble root vegetable. 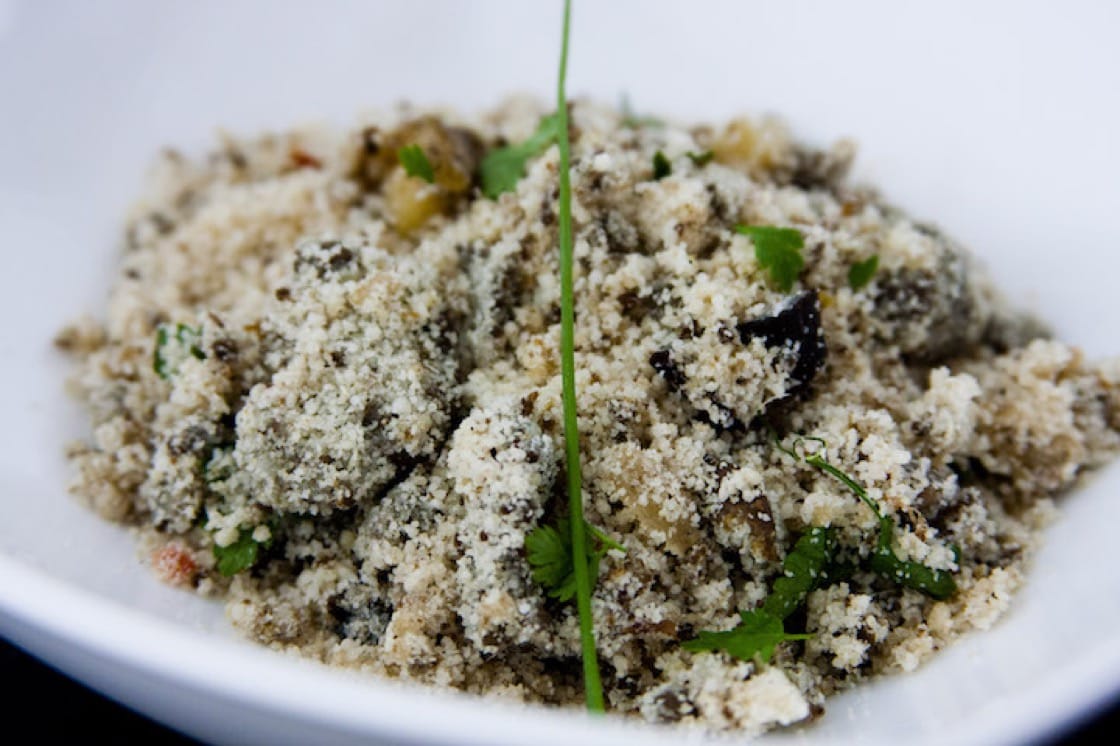 Brazilian farofa and bubble tea pearls have more in common than you think. (Photo courtesy of Instituto Paulo Machado.)

1. Cassava is indigenous to Brazil.

After rice and maize, cassava is the third largest source of carbohydrates in the tropics. It is indigenous to Brazil and is cultivated in most tropical parts of the Americas. After the arrival of the Spanish and Portuguese, the crop spread all over the tropical world, especially in Africa, where it is now an important everyday staple, providing up to half of all calories consumed.

There is an Amazonian folktale told of a daughter of an indigenous Tupi chief who became pregnant out of wedlock. That night, in a dream, a man dressed like a warrior appeared to the enraged chief and told him that his daughter was going to bear a great gift for his people.

In time, she gave birth to a baby girl whose hair and skin were as white as the moon. Tribes from far and wide came to visit the unusual, beautiful newborn named Mani. At the end of a year, the child died unexpectedly without showing any signs of illness. She was buried inside her oca (which means "house" in the Tupi-Guarani language) and her mother watered the grave every day, as was the custom of her tribe.

Soon, a strange plant began to grow upon her grave and when the people opened it, they found a white root instead of the child’s body. The root saved them from famine and became a staple food that they named manioca, or “house of Mani.” 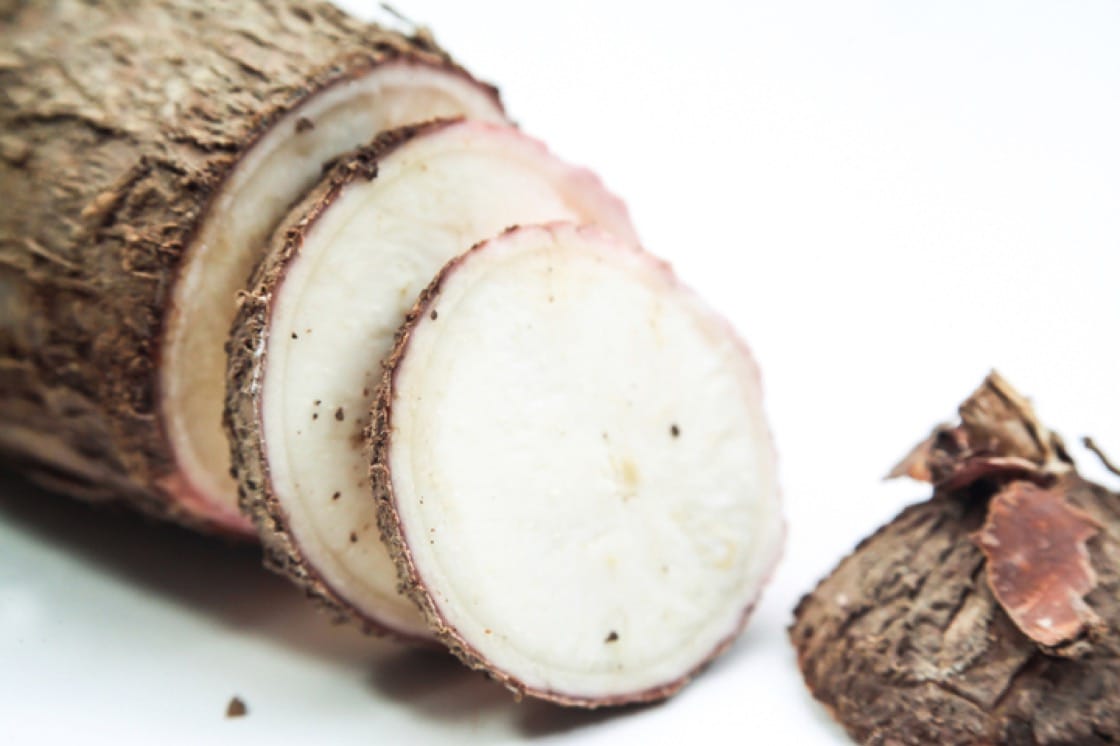 Cassava is known by many other names: manioc, mandioca, yuca, tapioca.

3. Cassava is poisonous in its raw form.

The roots and leaves of cassava contain cyanide, a poisonous substance that can cause ataxia (a neurological disorder affecting the ability to walk) and chronic pancreatitis. To make it safe for consumption, cassava needs to be peeled and processed properly, whether by soaking, cooking thoroughly or through fermentation.

4. Cassava is the workingman’s food.

Cassava is a major staple in the developing world, providing a basic diet for over half a billion people. It is one of the most drought-tolerant crops and virtually pest resistant. It also thrives in the poorest of soil conditions, making it an ideal crop to grow in sub-Saharan Africa and other developing regions.

During the Japanese occupation of Singapore during World War II, food shortage forced people to grow root vegetables like cassava and sweet potato in their own homes as substitutes for rice. Tapioca was an ideal substitute because it was easy to grow and matured quickly. 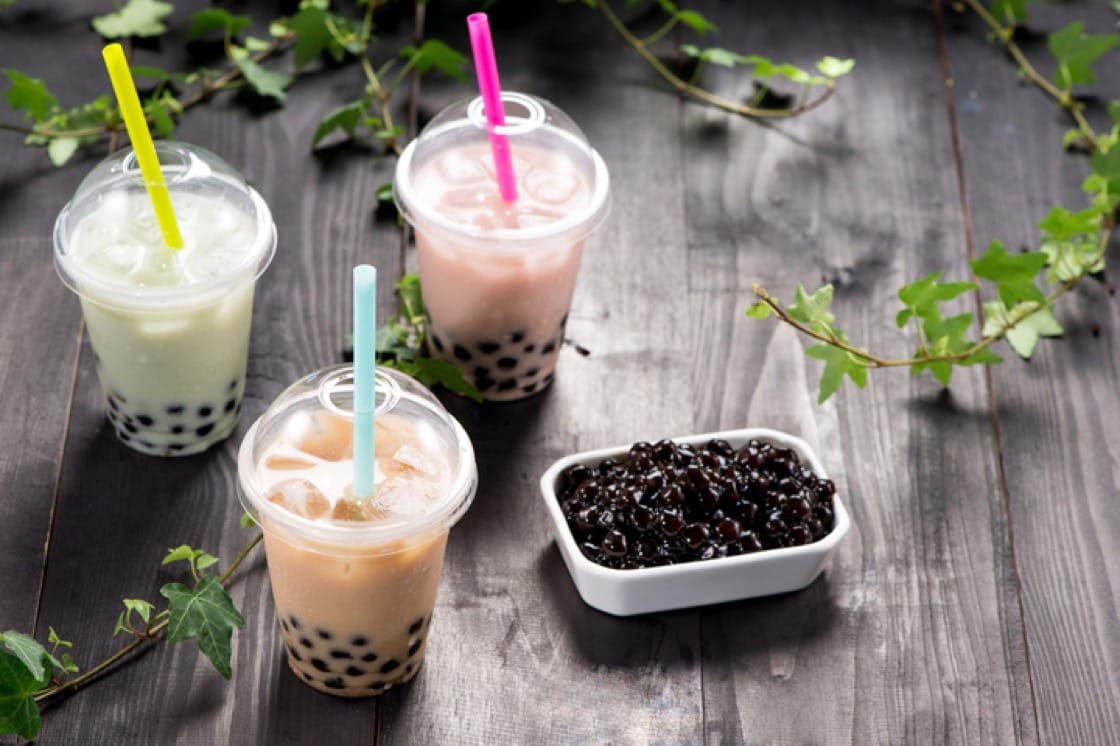 Bubble tea pearls are made from tapioca starch which is derived from cassava.

5. Cassava has many derivatives that are commonly used around the world.

In Brazilian cuisine, numerous types of flour are derived from cassava and these are commonly referred to as farinhas de mandioca. Farofa, an essential accompaniment to feijoada (a black bean stew with meat and vegetables) and Brazilian barbecue, is a toasted cassava flour mixture resembling a light bread crumb. A yellow starchy juice called tucupi is obtained from pressing shredded manioc root and serves as a natural seasoning similar to umami-rich soya sauce.

Tapioca starch is also used to make Peranakan kueh, as well as the chewy black pearls in bubble tea that we love. The starch is extracted from the cassava root through a process of washing and pulping.