Carrying lanterns and munching on mooncakes have eclipsed the customary Mid-Autumn festivities in recent decades. However, there is a 400-year-old traditional game that you can play which rewards the winner with a giant mooncake.

The Mid-Autumn Festival Dice Game is a traditional Chinese game that dates back to the Qing dynasty in the 1600s. The game is also known as “zhuang yuan bo bing”, which is an amalgamation of the words “scholar”, “gambling” and “cake” in Mandarin. The historical game hails from Xiamen, where many members of the Hokkien dialect group descended from.

The Hokkiens believe that mooncakes are a symbol of good luck for those who are studying for their exams. Known as “scholar cakes”, these disc-like pastries were distributed to those who sat for the imperial examinations, which determined junior and senior court administrative positions in ancient China. Size mattered, so the largest mooncake was reserved for the top scholar. 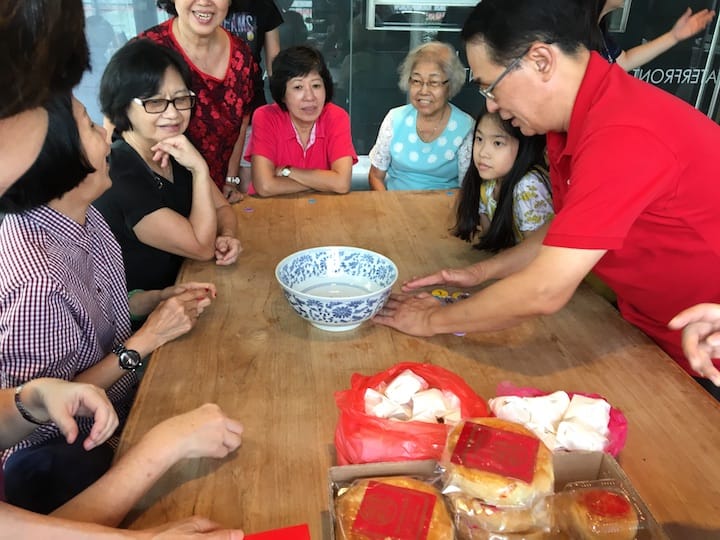 Players of the Mid-Autumn Festival Dice Game take turns to throw six dice, which will determine the size of mooncakes that they can receive. (Credit: Kenneth Goh)
Though the game’s popularity has dimmed, it is still played among the older generation in Xiamen, Taiwan, Hong Kong and Macau. The game also has a following among the Chinese community in the Philippines. 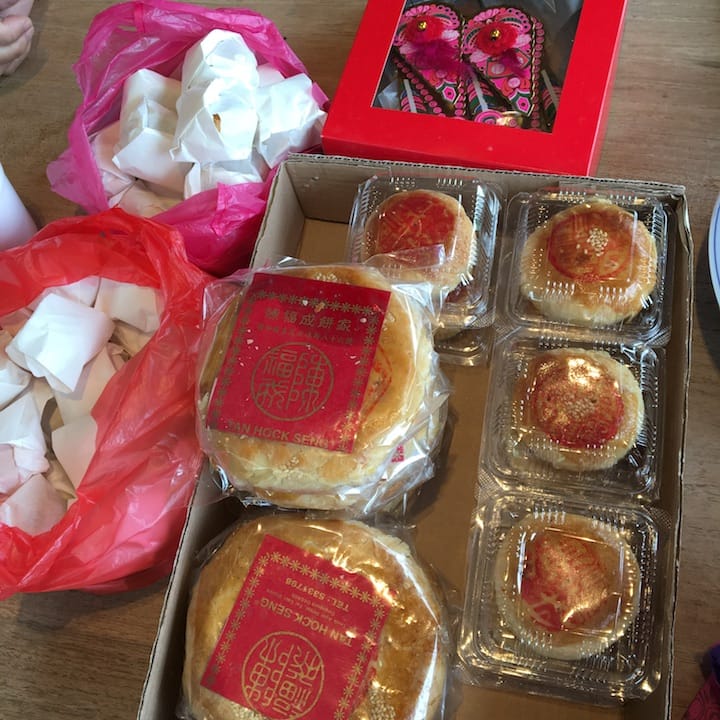 How Does The Game Work?: The game comes in a set of 63 mooncakes of varying sizes, from bite-sized ones to the largest one that measures up to 16cm in diameter. It also involves six dice and a bowl for the players to toss them in. The results are invalid if any of the dice falls outside the bowl. Depending on the combination of numbers displayed in the six dice, the player will be awarded a mooncake.

The size of the mooncake depends on the numbers shown on the dice. The mooncakes are named after the six ranks in the imperial exam.

For example, if one of the six dice shows a four pips, one is bestowed a “xiu cai” title, which means the level of the person who passed the exam at country level and is given the smallest mooncake. On the other end, you are declared the “zhuang yuan” or scholar if four of your six dice show four pips. Another winning scenario is that five of the dice show the same number. The winner of the game is bestowed with the largest mooncake in the set of 63.

In contrast, 32 mooncakes are reserved for the lowest “xiu cai” rank, while 16 are made for the next ascending rank, “ju ren” (a successful candidate at the provincial level). The game, which has no limit to the number of players, continues until there are no mooncakes left. More details on the rules of the game can be found here. 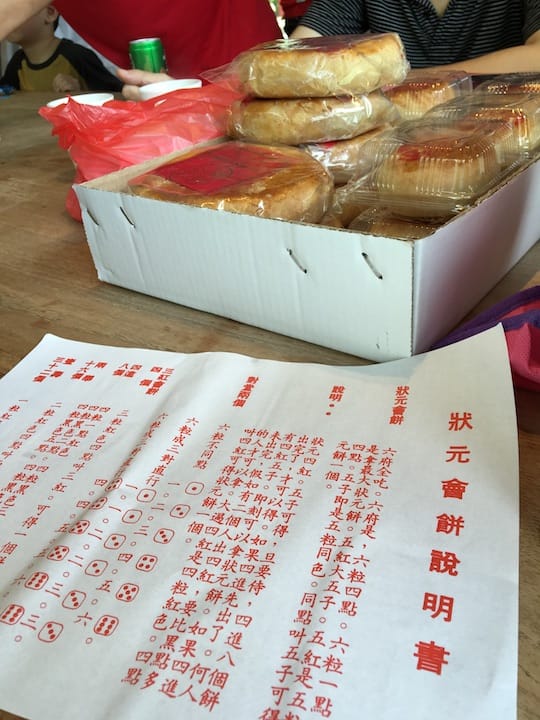 History Of The Game: The game was invented by army general Zheng Chenggong, who was in charge of troops in Xiamen. His mission was to recover Taiwan, which was occupied by Dutch forces in the 1600s. He designed this game to relieve the homesickness of his soldiers during the Mid-Autumn Festival.

Tan Boon Chai, third-generation owner of Tan Hock Seng confectionery, which has been around for more than 80 years, says: “This game is like Chinese monopoly, which is more than just plain gambling with mooncakes. It is also about luck and strategy.” He adds that the popularity of the game peaked in the 1950s and 1960s, and his biggest customers are clan associations, who buy the game sets in bulk.

At Tan Hock Seng, each game set ($210, requires up to a week to make the set to order.) comprises 63 baked Hokkien mooncakes, six dice and decorated signs bearing the various ranks in the imperial exams.