Sushi’s roots lie in food preserved by fermentation – a process that, according to literature, dates back 1,300 years ago to the Nara period. Nigiri sushi is said to have first been offered by a street vendor in Tokyo during the Edo period. As there was no ice or any extensive distribution network, so various methods were used to preserve fish from Tokyo Bay, including preserving it in salt or vinegar and boiling it. This is the Edomae way: wisdom handed down from predecessors, but with modern-day innovation. Staying the same involves continual change.

Gizzard shad – all the more exquisite with Edomae techniques

Gizzard shad was made for sushi. It’s not suited to grilling or boiling; but when preserved in salt or vinegar, it takes on an exquisite flavour. 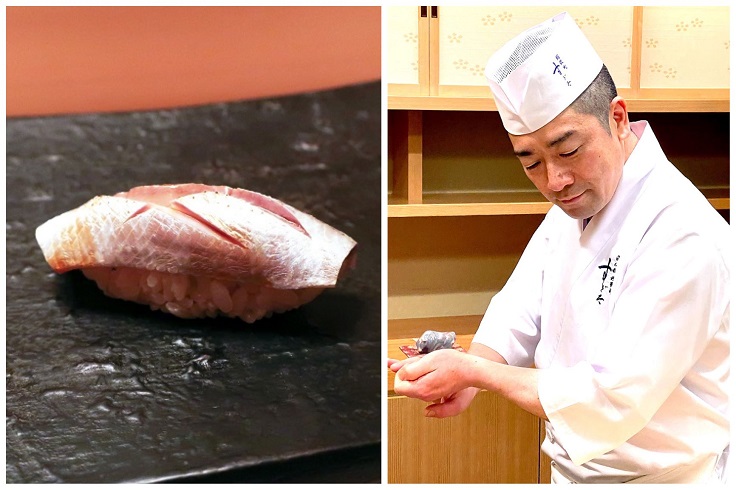 From kaiseki snacks to sushi ‘vegetables’

Vegetables cooked in dashi and hand pressed – it’s the Japanese cooking techniques that make it work. Like a ‘samurai of the sushi world’, the chef treats customers to both Japanese cuisine and sushi. 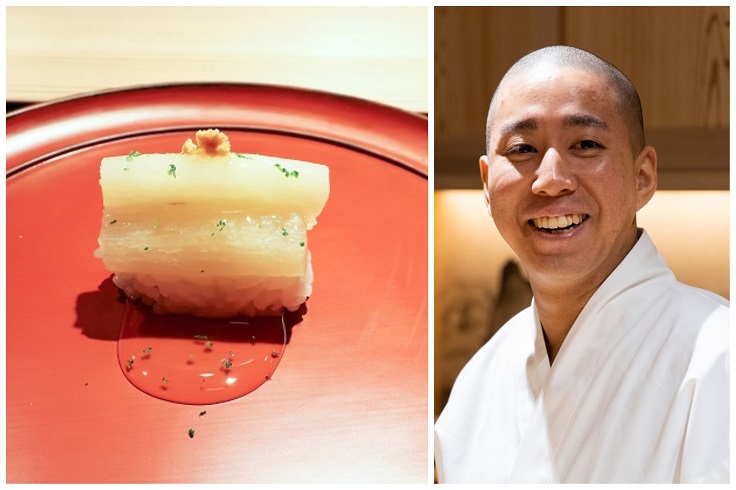 To emphasise the natural fragrance of red fleshed fish, the chef does not marinate it. Toro is let to rest to bring out the fatty flavour. 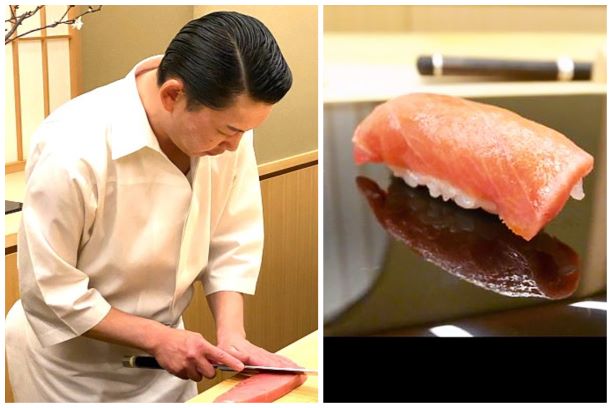 Katsuo – following in his father’s footsteps

The chef’s father is Jiro Ono, the world-famous sushi chef. Smoked over straw, the katsuo takes on a wonderful fragrance—one that sets this piece apart from all the rest. 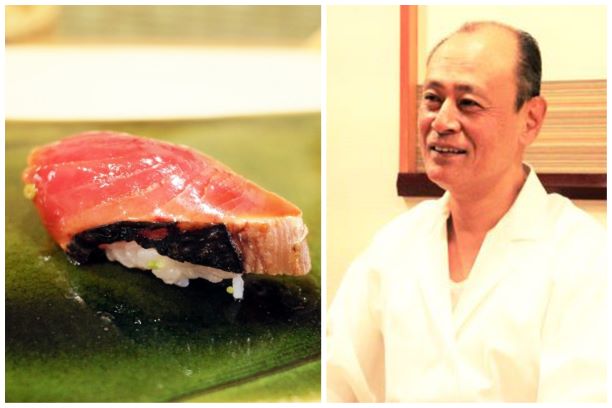 Red uni from Karatsu is garnished with vegetables pickled in sake lees in late summer. The flavour of aged sake lees goes extremely well with the rich uni. 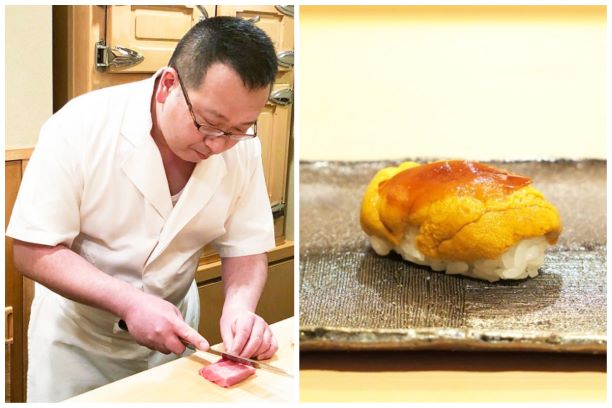 The prawn immediately grabs your attention, as if there on the counter ready to greet you. Put this big piece in your mouth whole and you’ll know what it means to experience gourmet’s luck! 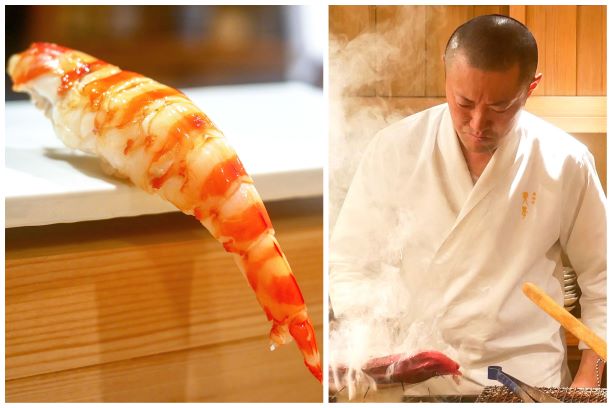 The chef here has his own, original method of ageing the sushi. Salmon roe is salt-cured and dried to maximise the flavour. The sticky texture and the firm vinegared rice make for a wonderful contrast. 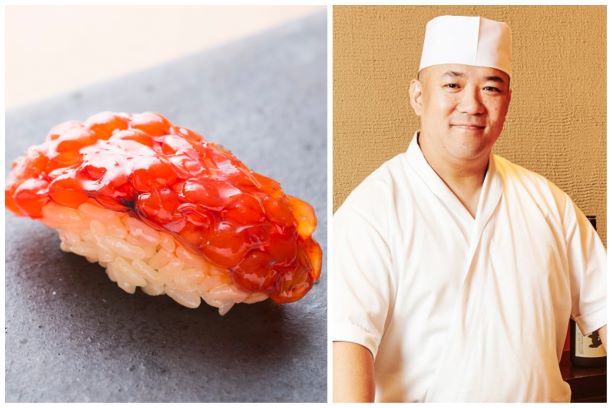 After reading a manga about sushi, the chef came to Japan from South Korea. His passion takes after that of the main character. Nihamaguri is a typical example of Edomae sushi, known for its tenderness and shellfish flavour. 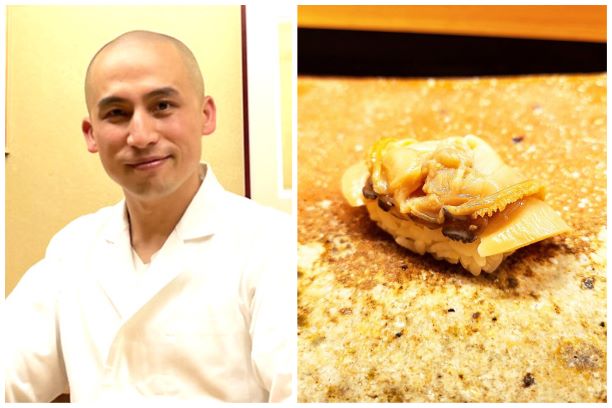 Anago you won’t need to chew

The anago is cooked slowly in a broth that was first created when the restaurant opened. It is so soft it almost melts in your mouth. You won’t find another piece of sushi so delicately prepared. 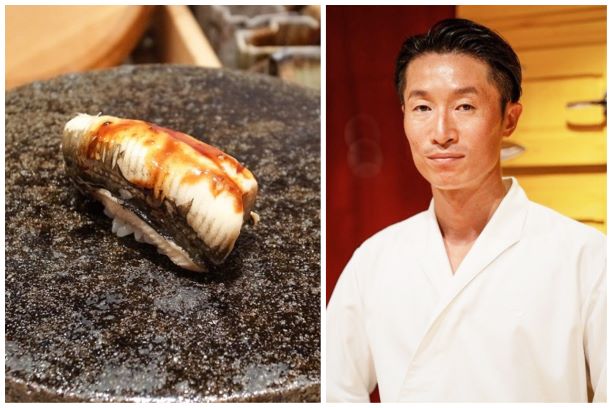 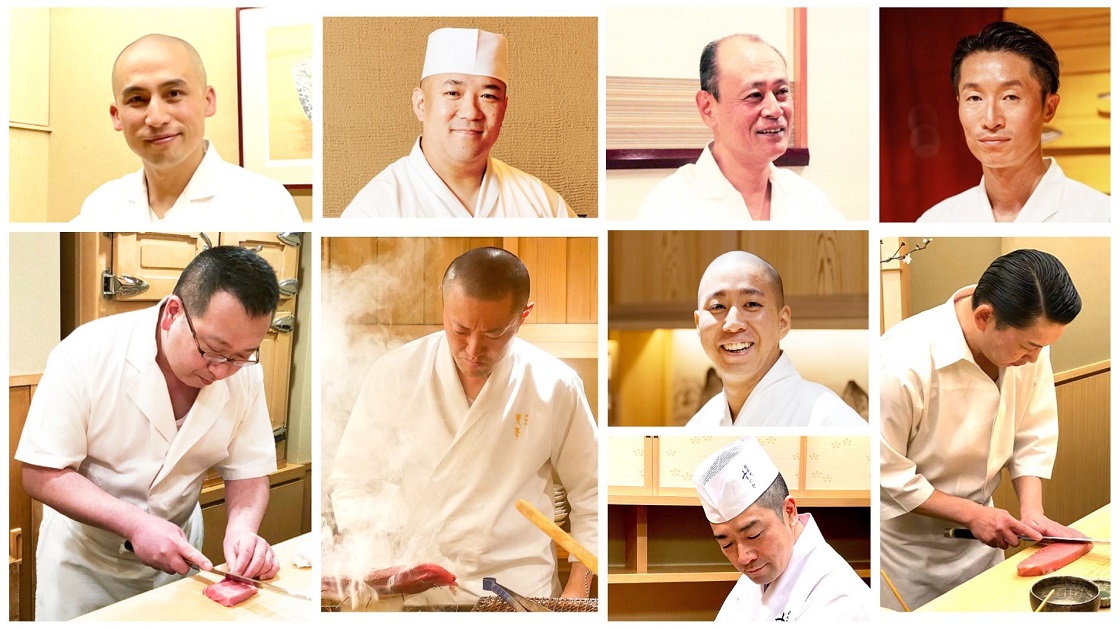