Wine and gastronomy go hand-in-hand, evolving from hundreds of years together at the dining table. Both influence each other, coaxing out flavours that deepen and elevate the experience at hand. It will come as no surprise then that some of Singapore’s most lauded MICHELIN-starred restaurants have their roots in the wine trade. Here’s a look at how your next food and wine pairing can be elevated when you visit these four establishments.

Since 1994, Les Amis has been established for both its cuisine and wine, with the wine programme an equally lauded feature of the culinary institution. Many award-winning sommeliers had their start at Les Amis, where the rigorous wine training often includes vineyard visits and hands-on sessions with winemakers. 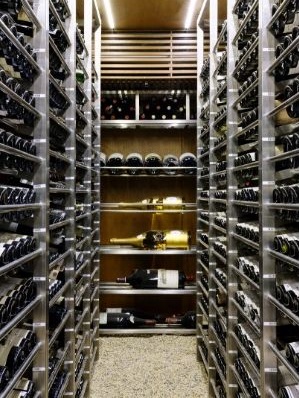 The strength of their famed wine cellar is its Bordeaux and Burgundy collection, created in close connection with Vinum Fine Wines, a separate wine merchant business with offices in Singapore and London. Desmond Lim, chairman of Les Amis Group, is the founder of both businesses. In fact, Les Amis – meaning friends – was founded by four friends, including chef Justin Quek and sommelier Ignatius Chan. The early focus on French wines, especially classic Grand Cru labels, has paid off, as their vintage archives contain some of the most sought-after rare and collectible bottles. The current group chef sommelier is Rajeshwaran Gopal, who heads up the high-tech cellar of over 8,000 bottles that includes verticals of Leflaive, Jean-Marc Roulot, Petrus, Egon Müller, and Vega Sicilia.

RELATED: The First Day We Got Our Stars - Sebastien Lepinoy 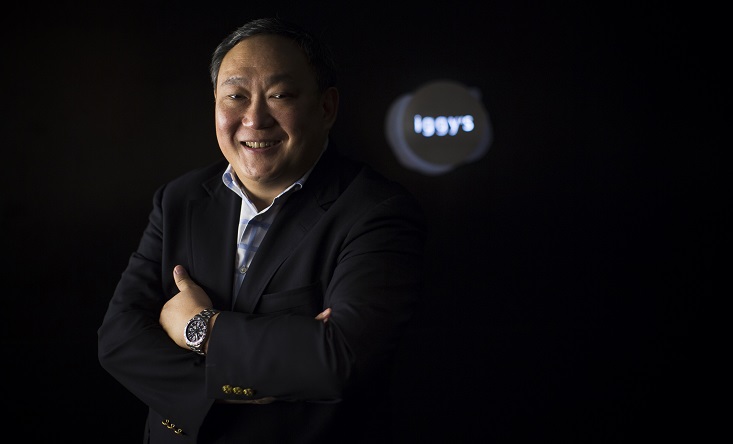 Established in 2004 by former Les Amis partner Ignatius Chan, Iggy’s is uniquely placed as a sommelier-led fine dining restaurant. Chan's deep relationships with winegrowers, who he has been visiting twice a year for the last 20 years, have also made Iggy’s the place to find some top-notch labels, especially from Burgundy. “Being early in the game allows me to build a good cellar with depth and diverse style of wines,” says Chan. “Burgundy is a complex region with fragmented vineyards producing small parcels of great wines, often in ultra-small quantities and highly sought after by the world. Hence, if you do not have the contacts and understanding needed to procure these wines, it is almost impossible to find well-cellared and matured Burgundies at fair prices.”

Of the almost 25,000 labels listed by Iggy’s, wine connoisseurs may be thrilled to find bottles such as Domaine Dujac Vosne Romanee Malconsort 2012, Hospices de Beaune Corton Grand Cru Charlotte Dumay (elevage by Laurent Ponsot) 2004, and Bass Philip Cuvee Iggy’s 2004, 2007, 2009 and 2015, with blending by Philip Jones and Chan. Beyond just name-dropping these labels, Chan’s legendary well-honed palate helps diners to find interesting and thoughtful matches for their food. “I would suggest foie gras and Riesling, as opposed to Sauternes,” he muses, when asked for recommendations. “The best matches for Champagne is anything deep-fried with a batter, such as tempura. Chablis and Muscadet work perfect with freshly shucked oysters, as Chablis has a steely minerality due to its stony soils, while Burgundy and pigeon is another heavenly match.” 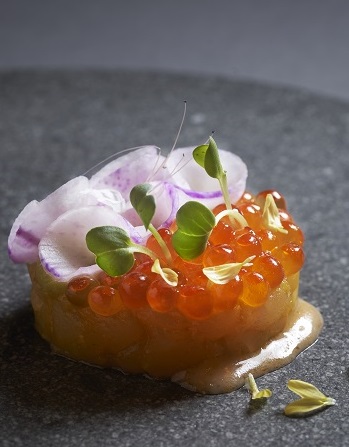 While Chan is not a chef, his knowledge of food – from guiding his culinary team to sourcing for ingredients – helps to inform the menu and act as a bridge between the kitchen and their diners. “The subtlety of wine and the complex flavours can often refresh our palate and sharpen the senses, enabling us to savour a lot more flavour in the food. When executed well, wine brings aromatic and flavourful elements that blend together in sinuous gustatory harmony. It is an intricate event that showcases the glorious interactions between food and wine,” he enthuses.

(Image, left: A dish of seabream, tomatoes, ikura, ponzu and avocado by Iggy's)

For Corner House founder Renny Heng, it was his love for wine that began first, long before he stepped into the restaurant business. In 2000, he founded Wine Culture, a fine wine merchant that distributes cult-status labels such as Eisele Vineyards, which was acquired and owned by Chateau Latour. He launched contemporary French fine-dining restaurant Corner House on the leafy grounds of the Singapore Botanic Gardens in 2016. However, the media-shy Heng isn’t one to take the limelight, preferring instead to let his team do the talking. 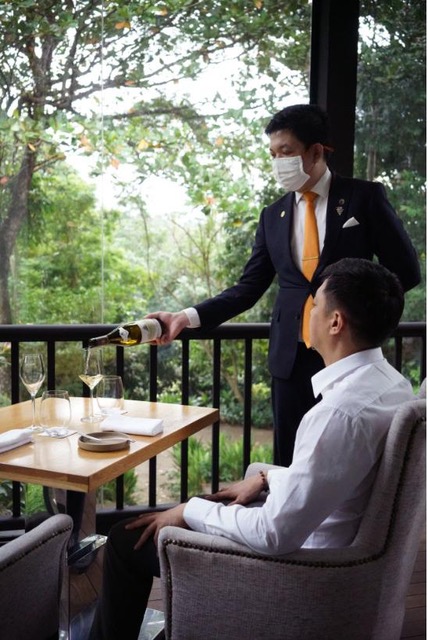 Corner House’s chef sommelier, Gary Low, elaborates: “Wine unlocks flavours in a dish, and food opens up the subtle and intricate nuances found in the palate as one tastes the wine. We pride ourselves on having one of the largest vertical selections of red Bordeaux and Burgundy red and white wines in the market. We also offer one of the most premium by-the-glass wines at accessible pricing, to bring more value to the dining experience.”

The wine list may further evolve with executive chef David Thien taking up the reins with a lighter style of French-Asian cuisine. The restaurant gathered feedback and discovered that customers were also seeking more boutique varietals given the nuances of Thien’s sauces and ingredients, and has since doubled its wine offerings by the glass.

For example, Low has to take into consideration the preparation method and accompaniments of an egg dish when determining its most suitable wine pairing. “If the egg dish has been sous-vide and is accompanied by bacon cubes and microplaned black truffles, then the stronger elements of the dish has to be considered to ‘complete’ the dish pairing. In this case, a well-aged Bâtard-Montrachet would be suited as that would likely be malolactically fermented and aged in new French oak before its release. This gives the wine more depth, abd particularly a ‘creaminess’ or roundness that well complements the ‘oily’ nature of the egg and truffle combination,” he explains. 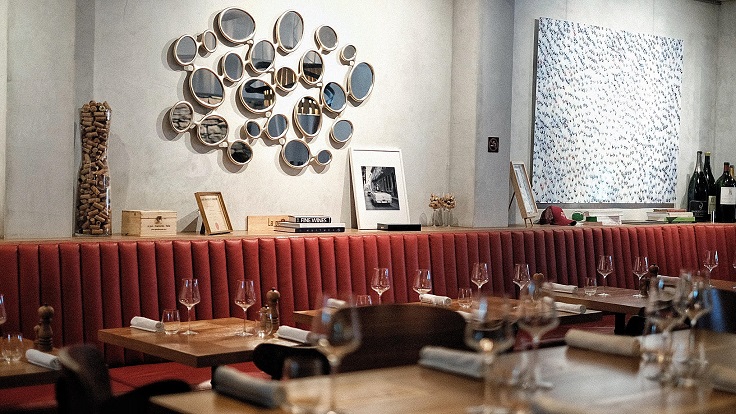 The original Ma Cuisine in Beaune, established in 1996, has long forged a reputation for being a wine bistro with an unparalleled wine selection in France's Burgundy region. Ma Cuisine Singapore was established in 2018 by the founders’ son, Mathieu Escoffier, together with sommelier and co-owner Anthony Charmetant, with a slightly different tack as a gastro wine bar. Says Charmetant, “We refer to (ourselves) as Ma Cuisine 2.0 because we don’t limit ourselves to French wines. Ma Cuisine Singapore is for the new generation wine lover — which we see as a mindset, not an age group — who appreciates celebrated winemakers and regions, and is also eager to discover less explored regions and appellations, younger producers and new styles of winemaking.” 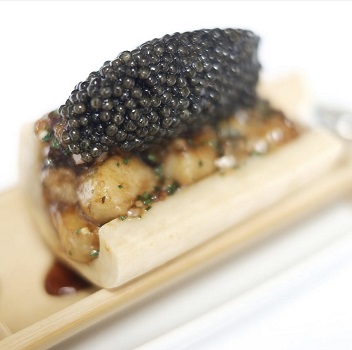 The menu is intentionally kept short in order to let the more than 3,000 bottles of wine take centrestage. “For starters, try our signature Le Jambon Persillé with Meursault 1er Cru Les Charmes Dessus Domaine Tessier 2017. The white Burgundy with distinctive minerality and higher natural acidity adds complexity to the dish. We also recommend pairing Vin de France Poulprix Domaine Jean Francois Ganevat with La Pissaladière, a crisp anchovy tart that is perfect for sharing. The ripe blend of red fruit and spice is distinct and balances out the intense savouriness of the anchovies,” says Charmetant.

Escoffier says he changes the menu around 12 times annually, though some dishes like the abalone with foie gras en persillade are often requested throughout the year. However, “the food is always simple to understand to allow guests to focus on their wine,” he insists. On the wine side, Charmetant continues, “Over time, as our guests get to know us, they trust us to recommend wines to them. They are discerning and keep track of wine news. They like to know the source of each bottle and are open to tasting unconventional wines.”

RELATED: The First Day We Got Our Stars - Anthony Charmetant and Mathieu Escoffier 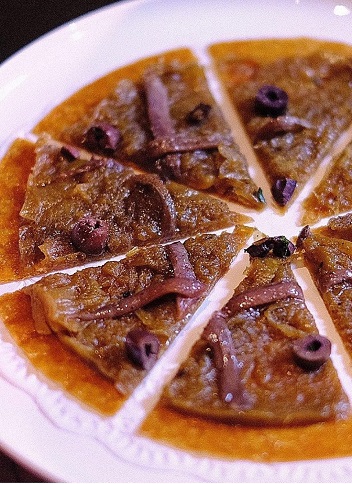 Observing that consumer habits have evolved rapidly during Singapore’s circuit breaker, the enterprising duo recently launched the Ma Cuisine app. “We consider the app our version 3.0 of Ma Cuisine. The app provides exclusive access to an ever-growing list of wines for home delivery, alongside some of Ma Cuisine’s classic French and Burgundian dishes. Premium items from select Ma Cuisine partners, such as fine tableware from hand-picked artisans and French craftsmen, caviar, flowers, art pieces and more can be purchased through the app. Our sommeliers will be able to personally deliver the package and introduce the wines to the guests in the comfort of their own space. Our goal is to continue to innovate and find ways to enhance our guests’ wine experiences,” concludes Charmetant.