The MICHELIN Guide Singapore 2021 Bib Gourmand and Star Revelation announcements could not have come at a better timing. As the city's restaurant scene slowly awakens, it is greeted with a line-up of new and exciting dining concepts by MICHELIN-starred restaurant chefs. 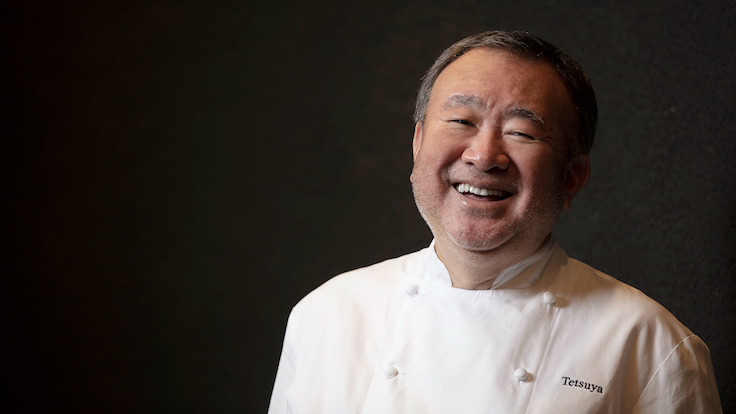 Tetsuya Wakuda to Open a New Japanese Concept in Early 2022

Tetsuya Wakuda of two-MICHELIN-starred Waku Ghin is set to open a new concept named Wakuda early next year at the Marina Bay Sands, the chef has announced. The new venture will be run in partnership with John Kunkel’s 50 Eggs Hospitality Group, the group behind Yardbird Southern Table and Bar.

Wakuda will offer a more experiential and modern approach to Japanese cuisine, bringing together a vibrant collision of time and culture, as well as a traditional yet contemporary approach to Japanese dishes. The chef will also open a sister restaurant, also named Wakuda, at The Venetian Resort in Las Vegas later in 2022.

“After 11 years of success with Waku Ghin, I am truly thrilled to open a second restaurant at Marina Bay Sands, in partnership with 50 Eggs Hospitality Group,” says chef Tetsuya. “The Wakuda brand represents an evolution from my restaurants to date, with a vibrant design and atmosphere that will be an exciting new backdrop for my cuisine.”

More details regarding Wakuda will be released in the coming months via the Marina Bay Sands website. 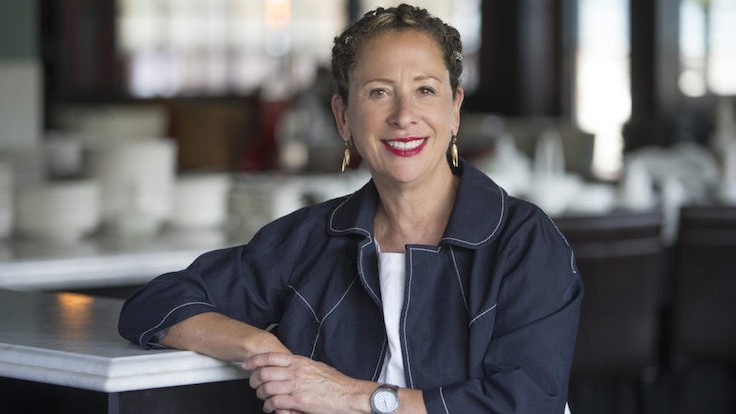 Osteria Mozza to Open in Hilton Singapore Orchard in 2022

Nancy Silverton of one-MICHELIN-starred Osteria Mozza in Los Angeles makes a comeback in the Lion City's dining scene with the opening announcement of a sister restaurant of the same name at Hilton Singapore Orchard in 2022. Silverton's first venture in Singapore, Osteria and Pizzeria Mozza at Marina Bay Sands, shuttered in July 2018.

“Singapore is such an exciting city for gastronomy, and we are truly excited to be partnering with Hilton Singapore Orchard and OUE to create outstanding dining experiences that will delight and inspire,” says Silverton. 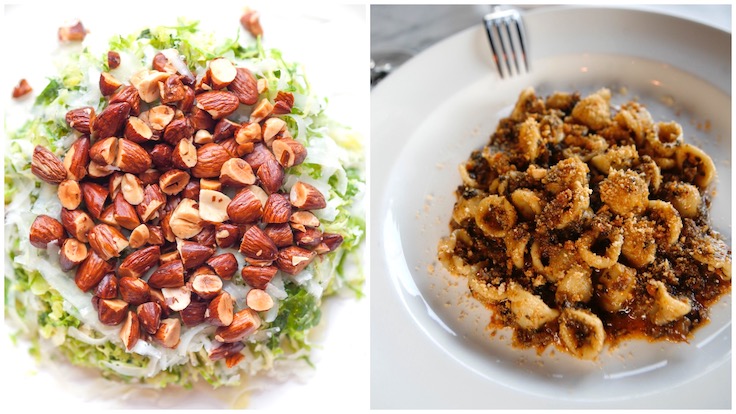 Known for its artisanal breads, iconic mozzarella bar, and signature antipasti such as Shaved Brussels Sprouts and Burrata and Bacon, Osteria Mozza's menu will feature winning classics from its one-MICHELIN-starred outpost in Los Angeles including Garganelli with Ragu Bolognese and Orecchiette with Sausage and Swiss Chard, as well as new creations made exclusively for Singapore. A wide selection of wine labels from across Italy, as well as handcrafted cocktails, will also be made available.

More details regarding Osteria Mozza will be released in the coming months via the Hilton Singapore Orchard website. 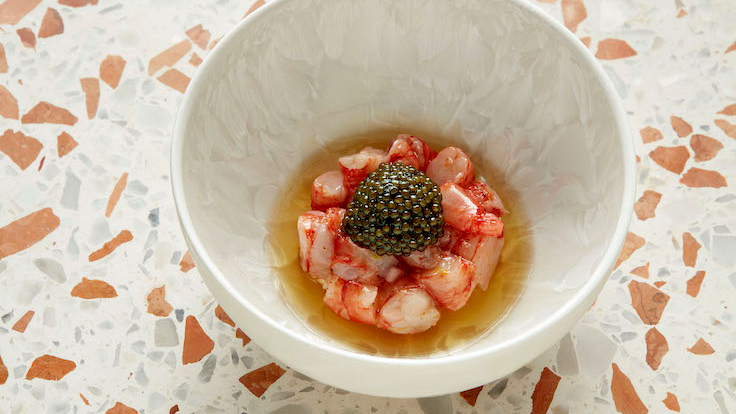 Veteran chef Alain Ducasse, who runs a clutch of MICHELIN-starred restaurants around the world, including three-MICHELIN-starred Alain Ducasse at The Dorchester in London and Le Louis XV - Alain Ducasse à l'Hôtel de Paris in Monte Carlo, has launched his latest concept, Osteria BBR, in the iconic, 124-year-old Bar and Billiard Room of the Raffles Hotel Singapore. The restaurant is a complete refresh of the modern Mediterranean concept, BBR by Alain Ducasse, which he and his team had previously operated in the same space since September 2019.

The new concept, which officially launched on Aug. 19, takes on an Italian slant as it celebrates the seasonal produce, climate and imaginative ‘art de vivre’ of the Italian culture that fascinated Alain Ducasse throughout his 25-year career. The kitchen is helmed by chef Francesco Soletti, a Ducasse protégé and Le Louis XV alumnus. Osteria BBR offers dishes that draw upon Soletti's rich Italian heritage as he delivers produce-driven dishes with a contemporary touch.

Inspired signatures on the à la carte menu include Mazara del Vallo Red Prawn Tartare, which is presented with buffalo mozzarella, delicate fish stock jelly, and a generous dollop of Kristal caviar. The menu also contains heartier fare such as Eliche di Gragnano, a pasta dish with Maine lobster, citrus, and roasted eggplant, as well as wood-fire grill specialties such as Bistecca alla Fiorentina and Lamb Rack that is served with artichoke, goat’s cheese, and lamb jus. To round off the meal on a sweet note, one may choose to tuck into a classic Tiramisu or a Signature Baba, which swaps the rum for limoncello, among other desserts.

RELATED: 5 Questions With Alain Ducasse On Running A Restaurant Empire 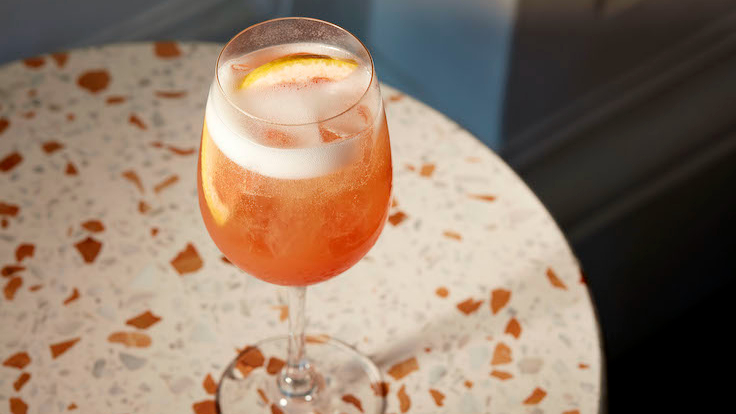 Osteria BBR also invites diners to enjoy the aperitivo experience, which is a huge part of Italian culture. Choose between the cosy indoor bar or the balmy al fresco patio and select your choice of Italian cocktails such as the Alba Rossa, which is Osteria BBR’s own take on the classic Aperol Spritz. Drop by between 3pm to 8pm daily to enjoy their happy hour. 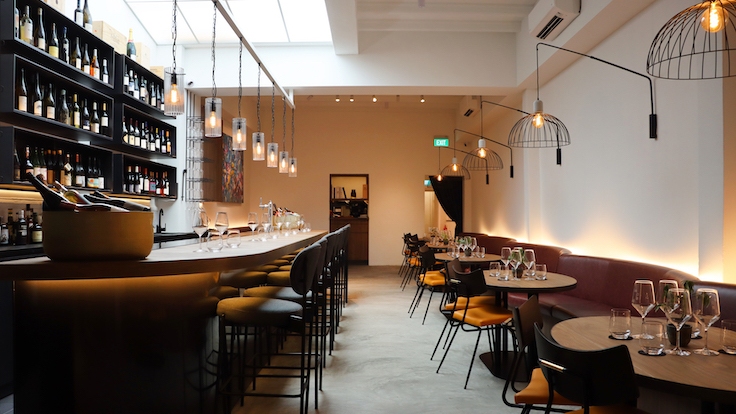 “The DNA of Cure Concepts has always been about offering great food without pretension, as well as creating warm spaces for diners to feel comfortable in and hang out while having delicious innovative fine dining with a twist. Club Street Wine Room will be our first wine bar concept, providing a laidback and unpretentious foray into the world of wines, accompanied by high-quality food,” says Walsh, who is both founder and CEO of Cure Concepts.

At Club Street Wine Room, the wine programme presents a selection that caters to both traditionalists and adventurous tipplers. A featured wine that may appeal to the latter, for instance, is the Sea Soul No. 4, a sea-aged wine where bottles are submerged underwater for months to aid in fermentation and enhance flavour. 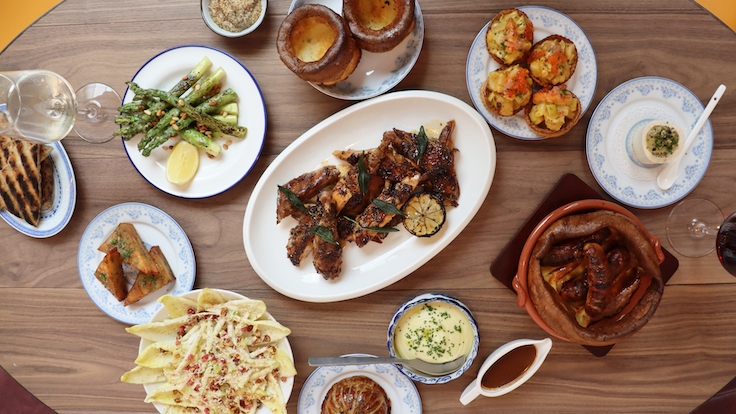 The menu at Club Street Wine Room also reflects the same food philosophy as its sister restaurants, so expect mains such as Guinea Fowl Confit, where the bird is basted in its own fat over burning embers and brushed with sweet, black pepper caramel. Classic bar chow is also available such as Oysters Grilled with Bacon Jam and Truffle Potato Cheese Fries, which takes cues from the hasselback potato.