After two successful modern Australian restaurants — and three years with a MICHELIN star for one of them — Rishi Naleendra has proven that a good chef does not have to cook only the cuisine of his motherland.

Now, the Sri Lanka-born chef wants to prove the contrary: that he can.

Set to open in April in the newly revamped Wanderlust Hotel in Little India. Kotuwa is Naleendra's third restaurant and his first full-fledged venture that pays homage to his heritage, something he admits he has shied away from over his 15-year culinary career.

“As a chef, I didn’t want to be known for Sri Lankan food. I wanted to be known for what I do, not what my heritage and my culture dictates I should do — that would have been so predictable. It puts on these boundaries, while I just like my freedom,” says the chef behind one-MICHELIN-star Cheek Bistro in his usual easygoing manner.

The 35-year-old left Sri Lanka for Australia at the age of 18 to study architecture but fell in love with the buzz of the kitchen instead, going on to hone his skills working for acclaimed chefs in some of the hottest restaurants in the country, such as Tetsuya’s by Japanese chef Tetsuya Wakuda (also of two-MICHELIN-star Waku Ghin in Singapore) and Yellow by Brent Savage in Sydney as well as Taxi Kitchen in Melbourne.

He moved to Singapore in 2014 and built his brand on serving modern Australian cuisine with a fresh, eclectic flair.

RELATED: First Day We Got Our Stars: Rishi Naleendra 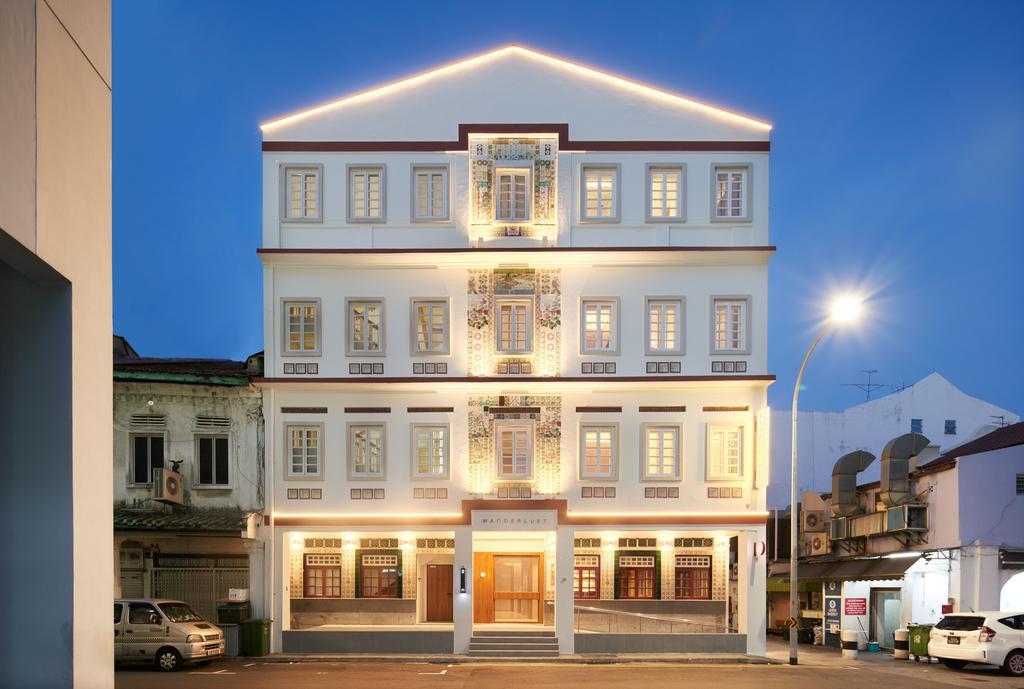 When it opens, Kotuwa will be a communal-style casual restaurant with an a la carte menu featuring traditional Sri Lankan food.

“People think that in Sri Lanka we just eat curry or that it is Indian food, but that’s so wrong because there’s so much to the cuisine,” says Naleendra, who goes on to explain how Sri Lankan food is as deeply regional as Indian cuisine and influenced by its many migrant groups. “It’s very light and aromatic but not offensive. One of the healthiest meals you could have is Sri Lankan food — but not when it comes to sweets. They love their sugar,” he laughs. 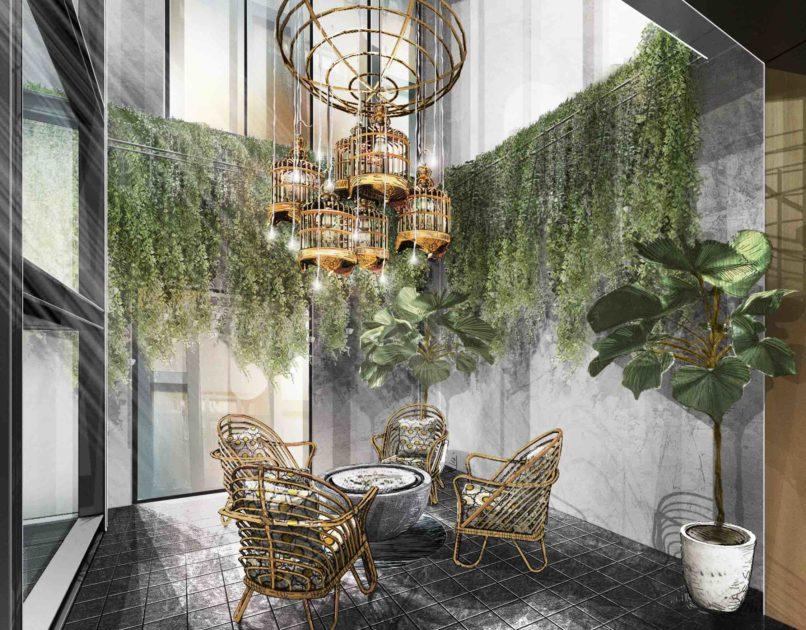 Diners can expect an array of Sri Lankan staples from “short eats” (Sri Lankan canapes) like mutton rolls and spiced fish cutlets to Jaffna-style boiled rice and roti with all manner of curries and Chinese-influenced stir-fries called devilled dishes. “A dish I am especially fond of is the hot butter cuttlefish,” says the chef excitedly. “It’s similar to Chinese stir-fried salt and pepper calamari, except we cook it with spring onions, onion, tomatoes, yellow banana chillies and tossed it in a butter infused with chilli flakes.”

Accompanying many of these dishes will be house-made sambols and preserves: laboriously made condiments that the chef says are as essential to Sri Lankan cuisine as rempahs are to Peranakan food. “In Sri Lanka, there are so many variations of sambol that you need to specify which you mean. When I cook Sri Lankan food at home, it’s always a disaster because there’s so much preparation to do and it’s so much work.” 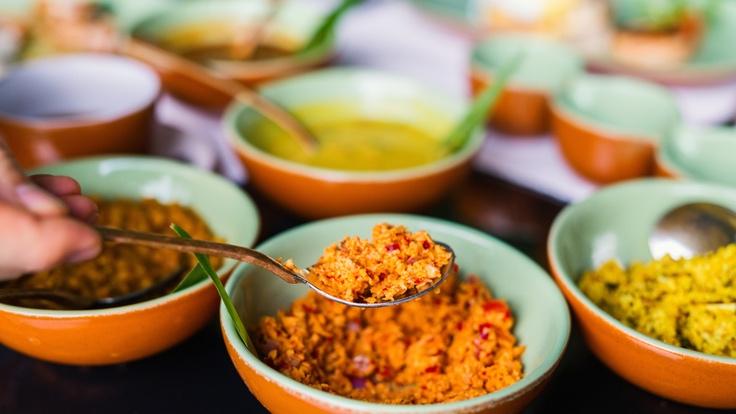 Kotuwa is named after the Sri Lankan capital’s central business district. It is also the Sinhalese word for “fort”, ancient landmarks built by Sinhalese kings and the Portuguese, Dutch and British settlers that have influenced the country's history.

It is a fitting name for a restaurant that aims to be modern and comfortable while showcasing traditional Sri Lankan cuisine with its rich historical influences from South India, Malaysia, Portugal and the Netherlands. Naleendra shares that the interiors, designed by Grey Matters, the same studio behind Cloudstreet, will be “loud and bright and colourful”, incorporating touches of colonial history and a courtyard that reflects influential Sri Lankan architect Geoffrey Bawa’s work. 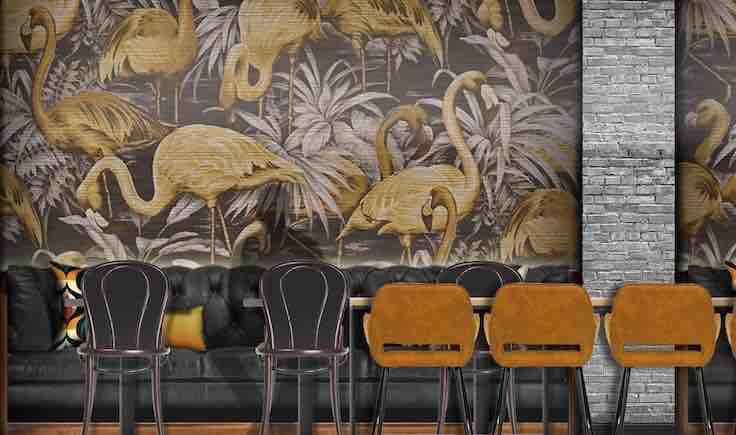 Flying the flag for Sri Lankan cuisine in Singapore

But in Singapore, Sri Lankan cuisine is not readily available outside of Sri Lankan homes. “There’s a hawker stall in Tekka Market that I frequent, called Rasa Raja Bojun, but I think there’s a space in the market for a place where you can get Sri Lankan food in a comfortable setting, with good cocktails,” says Naleendra, who hopes that Kotuwa can be such a place.

“Sri Lankan cuisine will surprise people. Unless you have been to Sri Lanka or have Sri Lankan friends, you wouldn't really know what Sri Lankan food is. Most people assume it is like Indian food. Sub-continental food has always been overlooked and never seen as a sophisticated cuisine," the chef states.

However, he acknowledges that this is slowing changing: “It’s so nice to see lately that some chefs are changing the way people see the cuisine and to see the general public trying to understand and appreciate it for what it is. It’s a very generous food culture and I’m just very excited to be able to share it here.” 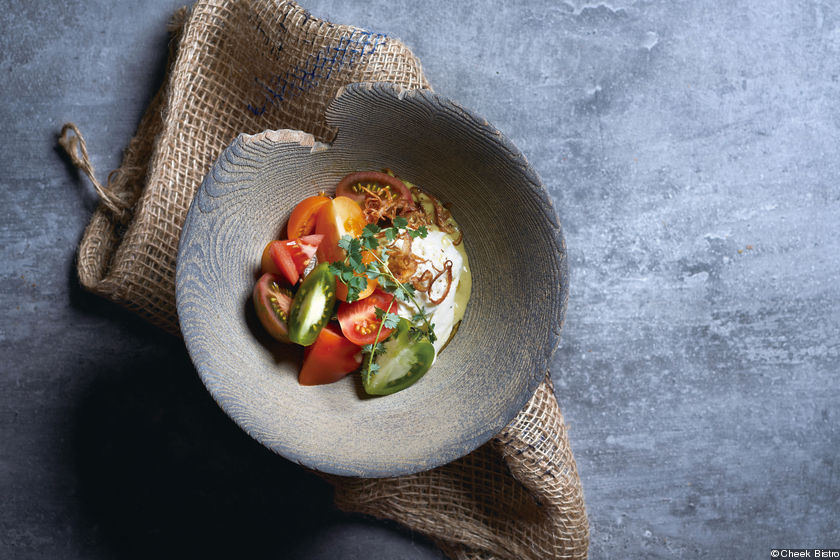 Finding his own identity

After all, Naleendra says, his culinary style had always inevitably been influenced by his Sri Lankan heritage and palate. “I can’t really eat spicy food,” the chef confesses, laughing. “But maybe it’s because of where I came from: the food always packed a punch with bold flavours, fresh acidity and good seasoning.”

Kotuwa also marks a milestone in Naleendra's personal growth trajectory. In his early years, he had always felt that he had to work harder to prove himself to his staff and customers who could not grasp how a Sri Lankan could be cooking modern Australian cuisine.

“Now that we have two restaurants, it’s the right time,” says Naleendra, who has been on a roll since partnering with restaurateur Loh Lik Peng of lifestyle group Unlisted Collection in 2016 to open Cheek By Jowl. That restaurant run by Naleendra and his Australian wife Manuela quickly became a CBD favourite for its modern Australian cuisine and subsequently clinched one star in the MICHELIN Guide Singapore 2017.

Changing the restaurant's name meant that he had to give up Cheek By Jowl’s coveted MICHELIN star rating, but it was a risk that paid off when MICHELIN inspectors gave Cheek Bistro their stamp of approval: a highly coveted star in the MICHELIN Guide Singapore 2019 selection. 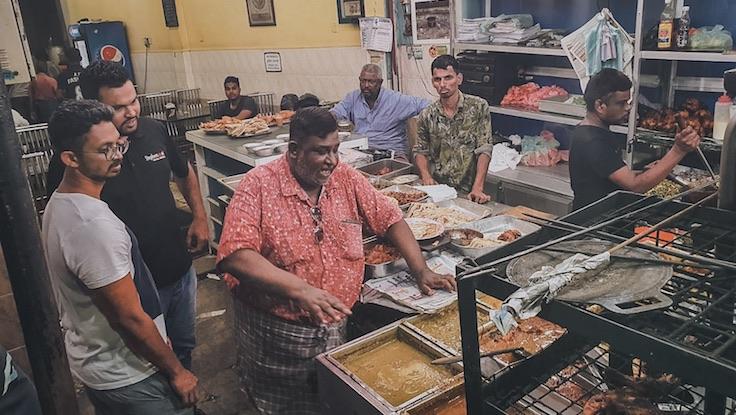 The chef visited Colombo in February with a group of friends and saw the country's cuisine with fresh eyes (Photo: Rishi Naleendra)
RELATED: Rishi Naleendra From Cheek By Jowl On Beating The Odds And Getting A Michelin Star

Despite the accolades and his success to date, the chef, who has left Sri Lanka for 17 years now, humbly admits that he does not claim to be an expert on Sri Lankan cuisine. Kotuwa will be headed by a "really good" compatriot Sri Lankan head chef, Nizran Yazid, who sharpened his knives in Colombo and Dubai, and together the team will continue to plumb the depths of the country's rich food history and traditions.

In February, Naleendra took seven other friends with him on a research trip to Sri Lanka, where they visited local markets and ate their way through the island nation, from the famed Jaffna-style crab curry at the Mayura Hotel to a hole-in-the-wall eatery in Colombo's Pettah Market, where the most expensive crab dish on the menu costs just Rs. 390 (SGD$7.50).

"This trip allowed me to see my heritage and cuisine through fresh eyes,”  he says, "To see how excited and how surprised other people get by the food, it reminded me of what I’d taken for granted."