The First Day We Got Our Stars: Rishi Naleendra

Getting his first MICHELIN star for modern Australian Cheek By Jowl in Singapore was a surreal experience for this Sri Lankan chef.

As a child, Rishi Naleendra would go to bed early and wake up to the enticing aroma of spicy tuna croquettes cooked over a wood-fire in the wee hours of the morning. Such was the life of the Colombo-born native, whose parents ran a catering company from the small kitchen of their modest home.

It was seeing how hard his parents work that made Naleendra decide he did not want to follow in their footsteps and become a cook. In fact, his childhood dream was to be a pilot. But life has a funny way of working out sometimes. After moving to Melbourne, Australia, to study architecture, Naleendra fell in love with the delicious food and buzzing energy of the kitchen when he began working part-time in a local café.

Since then, he has honed his skills at some of the hottest restaurants in Australia, such as Taxi Kitchen in Melbourne and Yellow and Tetsuya’s in Sydney. Cheek by Jowl, which he opened with restaurateur Loh Lik Peng of lifestyle group Unlisted Collection early last year, was awarded one star in the MICHELIN Guide Singapore 2017.

My first encounter with the MICHELIN Guide was...

While I was working as an apprentice at Taxi Dining Room. 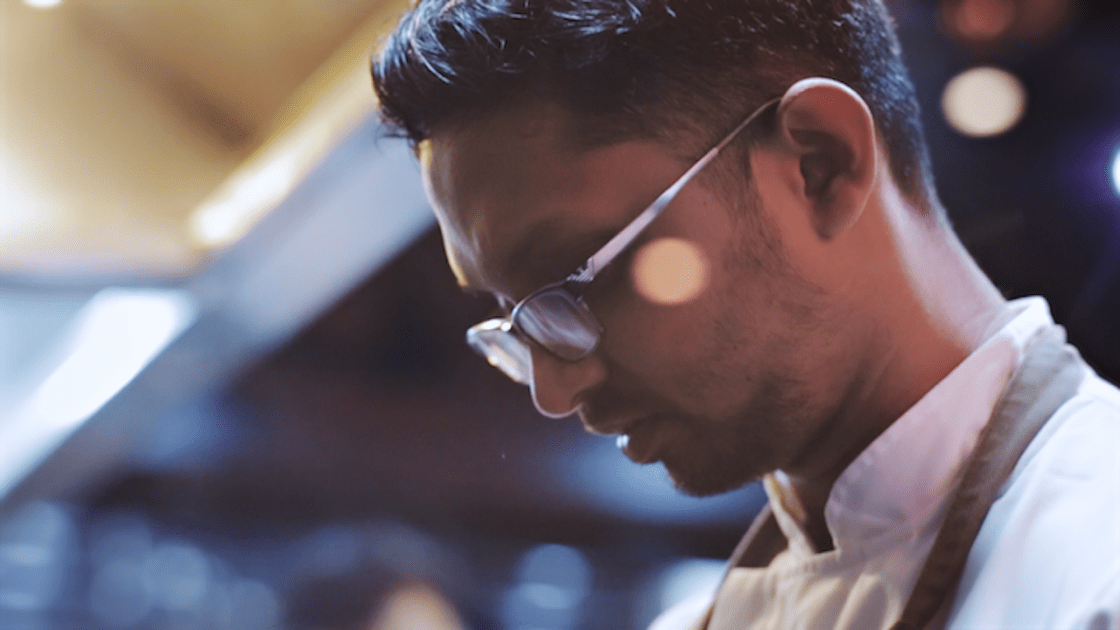 I was reading the book “The Perfectionist “, a story of Bernard Loiseau describing how much he dreamed about earning a Michelin star every day from a young age. I think that was the first time that I ever had a thought in my head of being able to (own a restaurant) with a star some day.
The first time our team earned a star...
It was a very unreal experience. It’s a very different feeling to know that we would be working in a Michelin-starred restaurant the very next day.

How did you celebrate when your restaurant received one Michelin star?
At the ceremony we were very lucky to have some of our best friends receiving their first Michelin stars for their restaurants as well, so we started off the celebration with them. When we came back to the restaurant at around 10pm, business was still operating as usual. The moment we walked in, everyone started cheering and by 11pm, many of our industry friends and regular customers visited us. That night, we had over 60 people celebrating with us, and it's a night we'll never forget.
Advertisement
Advertisement 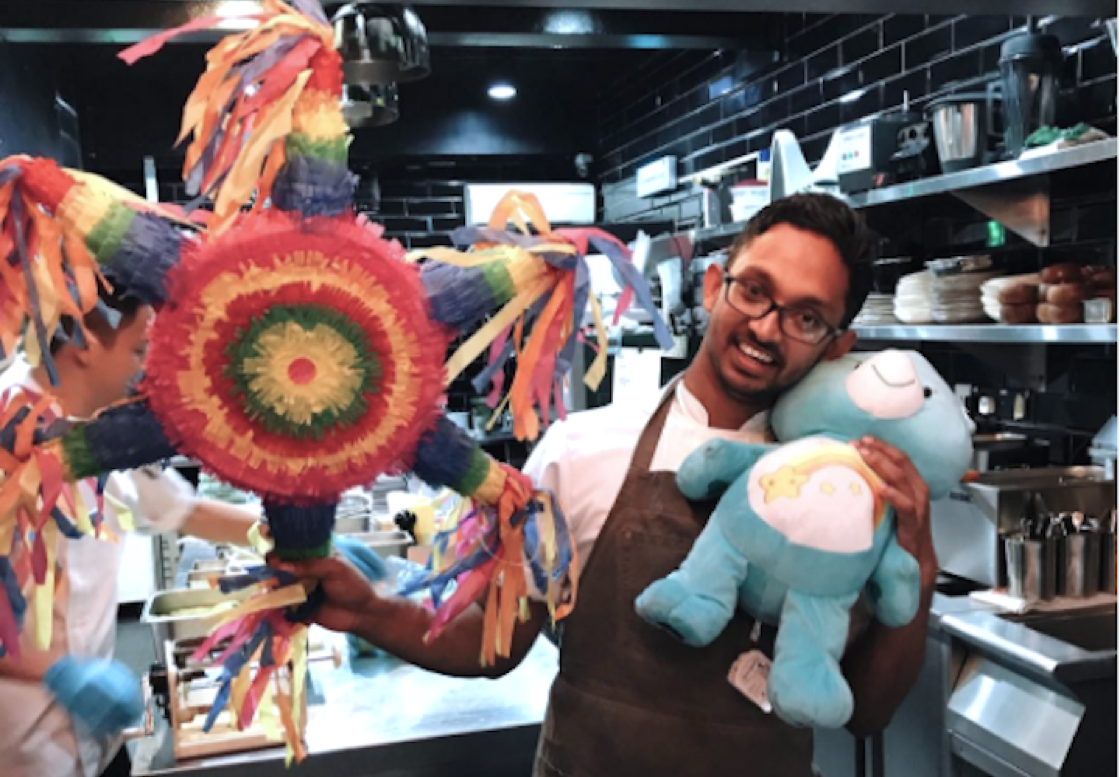 Behind the scenes: Chef Rishi Naleendra with congratulatory gifts from his regular customers on Cheek by Jowl's newly-minted Michelin-starred status.
How has the MICHELIN Guide influenced your life and career?

It's definitely a life changing experience and it's something that I've always wanted to achieve. Being able to achieve a star (for my restaurant) at my age within my first year of starting the restaurant feels like a massive achievement to me. I'm sure this will also open new doors for my career, as well as for the restaurant. I'm very hopeful that this will lead me to bigger and better things in my career.

How will one Michelin star change the direction of your restaurant?

Instead of the star changing our direction, I feel that it's more of an approval of what we've done so far. Moving forward, we will continue to head in the same direction, but strive to improve and get better at what we do. 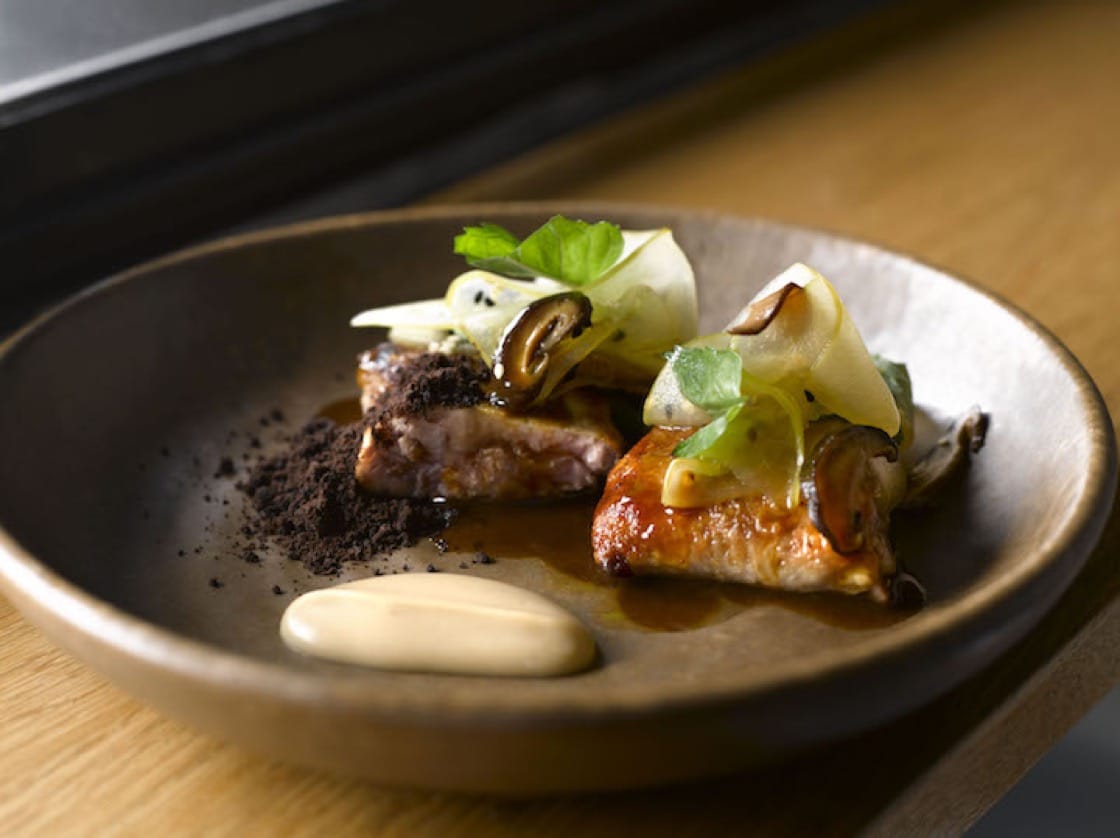 Roasted quail, chestnuts and mushrooms — a popular dish from Cheek by Jowl
To you, what does a Michelin star symbolise?

To me, a chef who owns a restaurant that receives a Michelin star is equivalent to an actor winning an Oscar.

My advice for young chefs aiming for Michelin stars is...

Do something that you believe in and give it 110% day in and out. Most importantly, look after your customers and make sure you make them feel comfortable. At the end of the day, it's the customers who will keep your restaurant and dreams alive.

Recommended Reading: View more stories in "The First Day We Got Our Stars" series here.