Chef José Andrés is arguably one of the country’s most prolific and successful chefs. Together with his ThinkFoodGroup, Andrés runs dozens of restaurants scattered across the U.S. In Washington, D.C. alone, his portfolio features the two-MICHELIN-starred minibar and four Bib Gourmand awards—already more accolades than any other chef in the cities covered by The MICHELIN Guide.

His panoply of awards also includes being named one of Time magazine’s “100 Most Influential People” in 2012 and 2018, and receiving a James Beard Foundation 2018 Humanitarian of the Year award for his work with World Central Kitchen, the organization he founded in 2010 to help feed victims of disasters around the world.

Andrés arrived in America from his native Spain in 1991. He opened Jaleo—his first venture—in Washington, D.C. two years later. While Jaleo expresses the chef’s Spanish heritage, his other D.C. restaurants reflect a broad swath of other cuisines, including Mexican, Mediterranean, Peruvian, and American.

When tackling these different cuisines, rooting each concept in a narrative is key. “I always am saying that I do not just open restaurants, I tell stories,” Andrés says. “The best stories to tell are the authentic ones, the ones that come from a place and a time and a community with its own history and culture. Of course, we are telling our own version of that story, in our own accents—but we are always aiming to be truthful and respectful.”

To prepare for opening Oyamel, Andrés’ ode to Mexican food in the Penn Quarter neighborhood of D.C., the team knew they wanted to represent the many regions of Mexico. “We traveled all around the country and met with experts and chefs, farmers, home cooks, and then came home to put together a menu that would reflect everything we learned,” Andrés remembers.

Case in point is the mole poblano. “It takes three days to make,” explains Omar Rodriguez, head chef at Oyamel. “We don’t cut any corners. The recipe was given to us by a Mexican chef and it’s evolved over time. We only make it once a week and we do it the long, hard way. If you don’t do that, you won’t get the nuanced flavors that you need.”

Before launching China Chilcano, a Peruvian concept, also in Penn Quarter, the team had to learn not only about the indigenous Peruvian, or criollo, dishes, they also had to delve into the significant Chinese and Japanese influences on that country’s cuisine. “China Chilcano ended up telling this amazing story of Peru’s multicultural history,” Andrés notes.

Carlos Delgado, who presides over the kitchen at China Chilcano, grew up in Peru and travels back as often as he can. “Flavors are the backbone of our cuisine,” Delgado states. “We add technique to it, but it will still have the authentic flavors that you would find in Peru.” That means creating a version of Chinese siu mai made with a runny quail egg to echo the flavors of a Peruvian breakfast, and imbuing ceviche with Japanese accents by using big-eye tuna, soy-cured egg yolk, and ponzu sauce.

The same applies at Zaytinya, Andres’ Penn Quarter restaurant that celebrates Mediterranean food. “We are inspired by an amazing cook and writer named Aglaia Kremezi, who I met many years ago on the Greek island of Kea, where she lives and teaches cooking classes. She has become a sort of Greek grandmother to the restaurant, teaching us about new recipes and new ingredients that we can share with our guests as a true taste of Greece.”

Andrés and his chefs are always looking to incorporate ingredients from the countries they are representing, while highlighting local products. “At Jaleo, our pan de cristal—the bread that we serve with tomatoes and olive oil for pan con tomate—is imported from a bakery in Spain that does this beautifully light, crispy version,” says Andrés. “The olive oil too, comes from Spain. We have the very best extra-virgin olive oil in the world.” The tomatoes come from farms around D.C.

Ask Andrés what the secret is to successfully executing such a diverse world of cuisines, and he’ll declare there is no secret. “If we are being thoughtful about each cuisine, and we are using recipes and ingredients and methods that we have learned from our research and travels, then we are staying true to its roots,” the chef says.

Through his food, José Andrés recounts tales of distinct countries and cultures, chapter after delicious chapter. At the end of the day, there’s always another story to be told. 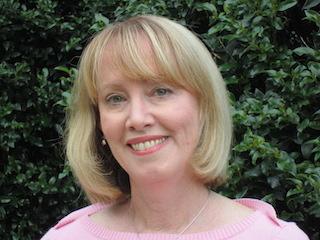 A freelance writer based in Greenville, South Carolina, Linda is the former editor of The MICHELIN Guide and a contributing editor to TOWN Magazine. When she is not interviewing chefs or writing about food and travel, Linda serves as a member emeritus of the board of Euphoria (Greenville’s premier annual food, wine and music festival) and promotes good, clean and fair food practices through her volunteer work on the board of Slow Food Upstate.