Two frosted doors mark the entrance to minibar—a restaurant that extends well beyond its diminutive name. The stylish entry lounge is an idyllic stop for a glass of bubbly before heading into the dimly lit laboratory-like dining room. Here, guests are situated at six seats per dining counter, all set around Chef José Andrés' stainless steel workspace that literally makes his world a stage. The lab-like décor isn't a coincidence, since the modern cooking on display here is highly experimental (though deftly avoids mad scientist status). The kitchen takes familiar tastes and ingredients and cheekily transforms them into something new and unexpected. There are those famous liquid olives, of course, as well as meaty morels served with "peas" that are actually "pearls" filled with fragrant pea and mint. Playful course after course reminds one that a snail is not just a snail here, but a dome of Ibérico ham gel, formed like that mollusk, served with rabbit jus and escargot roe. A ring of fried Krispy Kreme donut ice cream is appropriately tongue-in-cheek, but the whimsy never comes at the expense of wit. Despite the sense of humor, this kitchen's serious effort should never be taken lightly.

employee of the month video
Dining In 1 minute 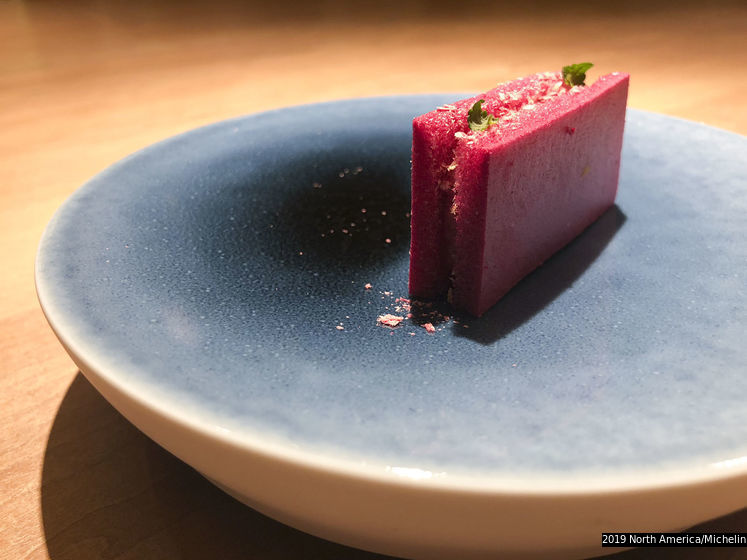