We caught up with the owners of the lauded restaurant in Doornenburg, Netherlands.

In 2016, brothers Mike and Jim Cornelissen were the fourth generation to take over their family business, the lauded Restaurant Rijnzicht. On a recent trip to the Netherlands, we caught up with the pair to gain more insight into their story.

Tell us a little about the history of Rijnzicht.
Our great grandfather started the business on the opposite side of the Pannerden Canal from where we are today. In those days it just a small wooden hut which offered refreshments to the bargemen and those waiting to take the short ferry crossing over. Sadly that building was destroyed in World War II, so it was decided that we rebuild where we are now. This time, our grandparents were at the helm. Once again it operated as a café but with a large event space at the rear. When our parents took over they gradually turned the place into a simple restaurant with some bedrooms above.

Why did you decide to become chefs?
We grew up above the restaurant, so from an early age it was just our life. We started by helping out washing dishes and then progressed to preparing and assembling some of the cold starters. Once we were old enough we both went to hotel school.

Tell us about your background.
Jim: I worked in many places and then a family friend offered me a trip to Memphis to travel and learn. Then I was at Claudius in Nijmegen.
Mike: I got my big break working with Jacob Jan Boerma at [three-Michelin-starred] De Leest in Vassen and then at [one-Michelin-starred] Het Koetshuis in Bennekom. There have been various stages along the way too. 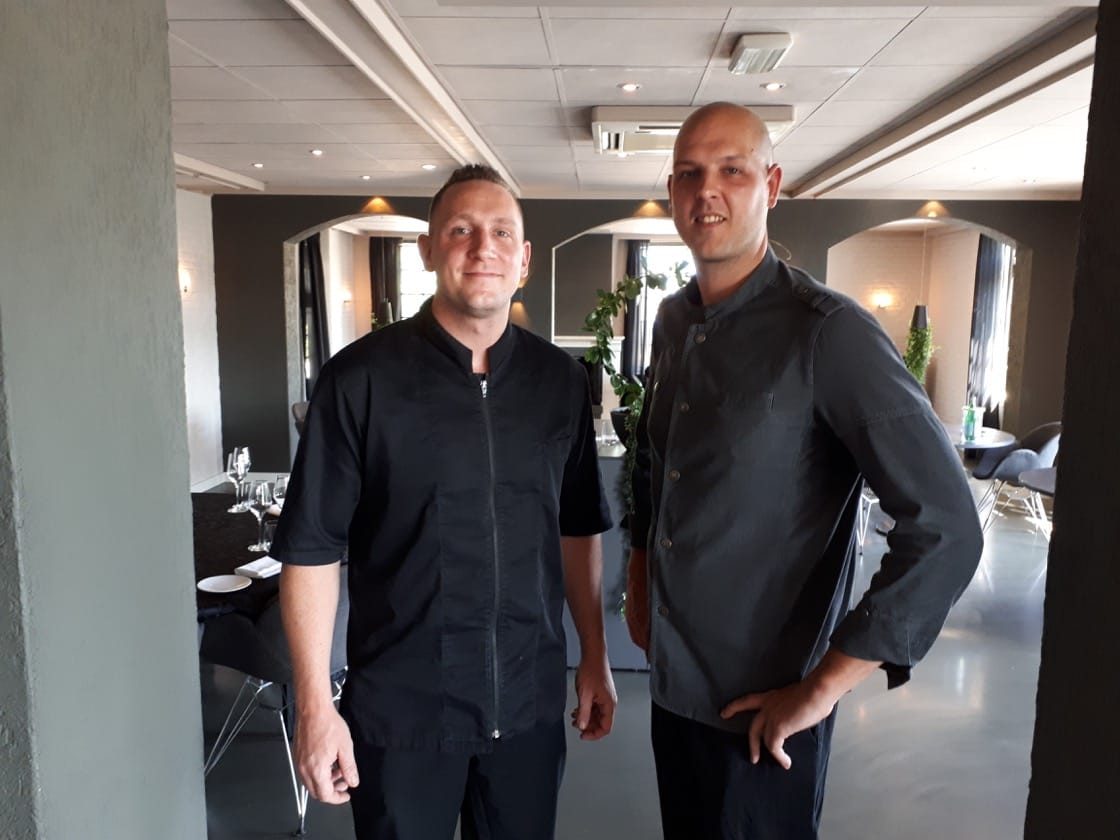 Why did you come home?
[Even though] we went our separate ways leaning our craft and traveling, we made a pact that one day we would work together. This was always the plan.

Who would you describe as your mentors?
Jim: My brother Mike. He has taught me how to appreciate flavors and [how to] get the best from ingredients.
Mike: Jacob Jan Boerma and Grant Achatz of Alinea in Chicago.

Describe your style of cooking.
Mike: We offer what we call an "Innovation Menu." We start the meal with a range of snacks [where] we try and be both creative and playful. This sets the scene for the larger courses, which have a firm-rooted classical French base but are still in a modern vein. Above all, we just want people to enjoy our cooking and for them to leave feeling the experience has been both gratifying and memorable. We play a large part in serving the courses, so hopefully our passion shows through too.

What is your favorite ingredient?
Jim: Langoustines.
Mike: Lemongrass.

Do you have a signature dish?
Yes, the duck cooked with hay. It was developed from a past tradition when people kept a piece of ham in the attic covered in hay; the hay helped to remove the moisture, hence preserving and prolonging the life of the meat. Here, we use farm-reared ducks and every day for three weeks place new hay around the duck. Finally the hay is stuffed into the cavity of the bird and cooked in a Big Green Egg. 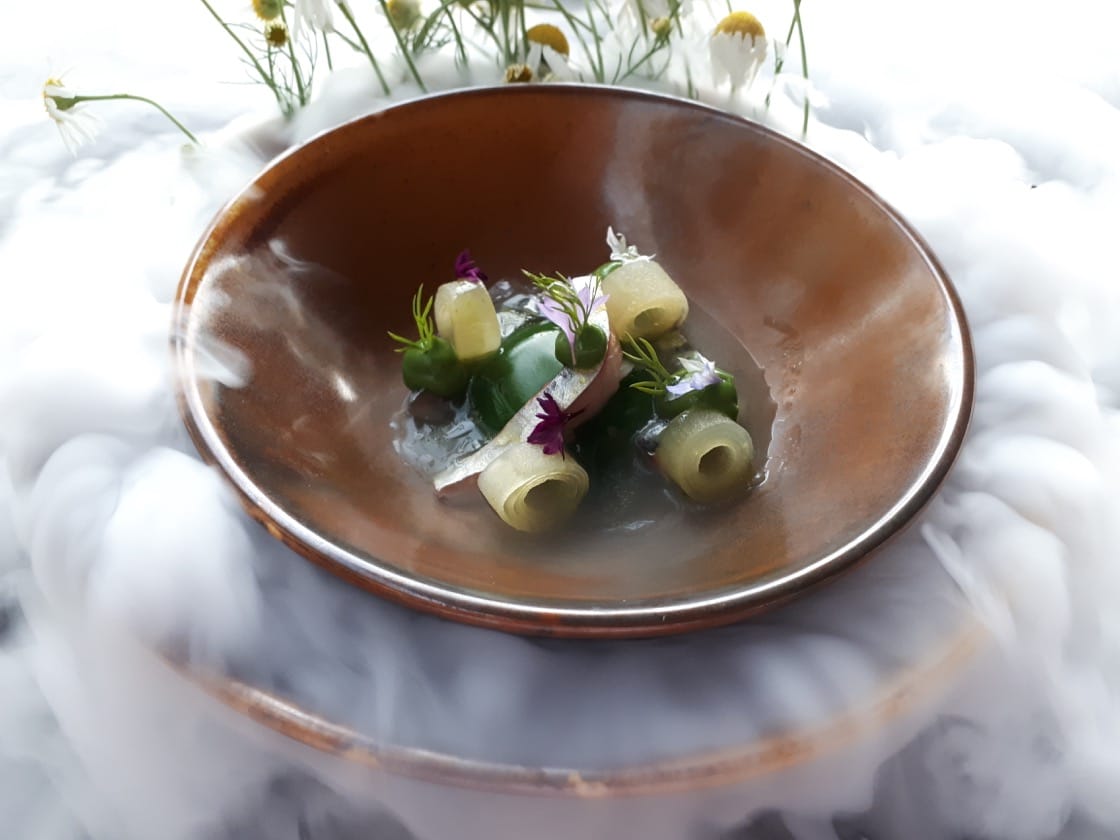 Are you able to utilize local produce?
Mike: There are some good goat’s milk and cheese producers around and also some local beef herds. We have a local forager and someone in the village who sells us vegetables and flowers from his garden—he will call and tell us what he has available each day. We try always to use the best quality available too, so if this isn’t available locally, we will go further afield.

How far do diners travel to eat with you?
Since people have started to write about what we are doing here, we get guests coming from Amsterdam, The Hague and Rotterdam. 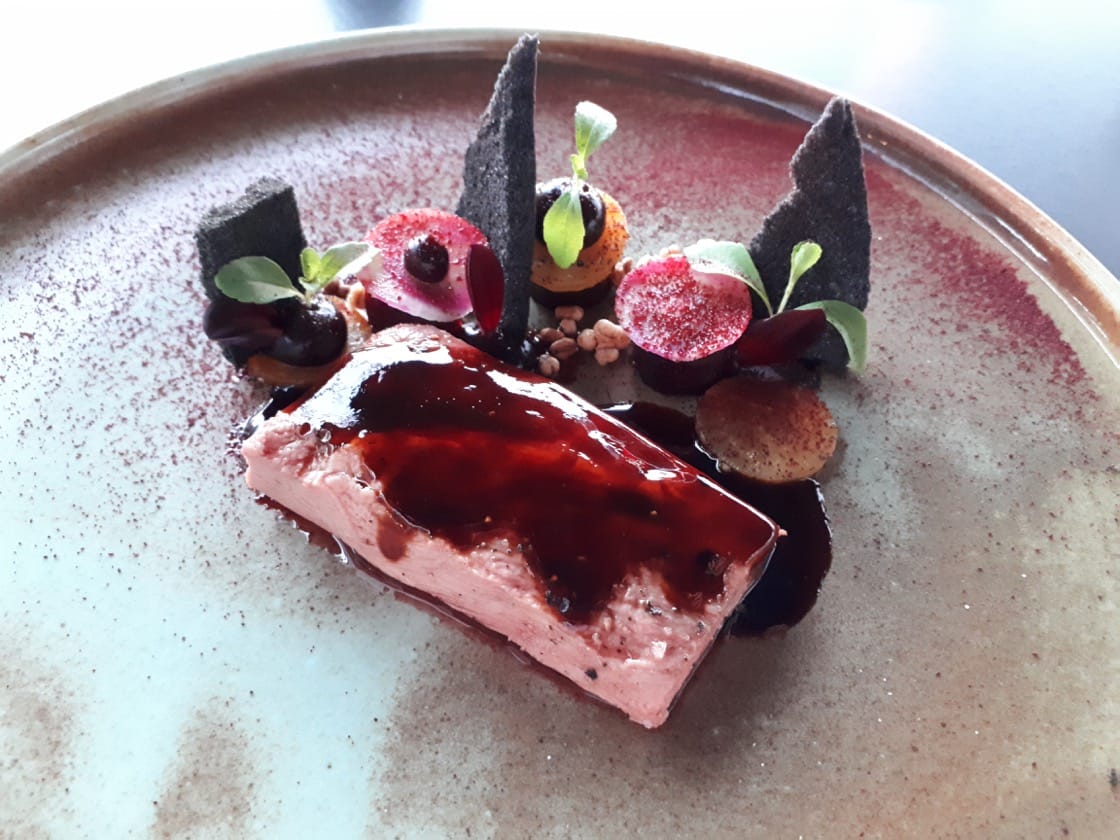 Where do you eat when you’re not behind the stoves yourselves?
Jim: I have two young children, so for me it’s usually once a year that I get to visit a serious restaurant. We take all of our team to a starred restaurant here in the Netherlands.
Mike: I love traveling to starred restaurants around the world. I am looking forward to a forthcoming visit to Bij Jef at Den Hoorn, part of the Wadden Islands on the northwest coast.

What are your future aspirations?
We want to keep getting stronger and introducing our food to more people. In January we will probably stop serving the simple lunch dishes and only offer a shorter version of the dinner Innovation Menu. It’s already working that way, so the change shouldn't cause any problems. In the distant future we may provide some high level accommodation and perhaps turn the old dance hall into a cooking school or kitchen studio—but both of these ideas really are a long way in the future.

This year's guide includes a total of 571 restaurants and 263 hotels.

We explored outside of the country’s capital—here's where to go in Leiden.

The First Day We Got Our Stars: Richard van Oostenbrugge

From dishwasher to the executive chef of two-Michelin-starred Bord’Eau Restaurant Gastronomique in Amsterdam.