We explored outside of the country’s capital—here's where to go in Leiden.

For those who find the hustle and bustle of Amsterdam too much, a trip to the smaller city of Leiden, the "city of discoveries," may prove just as fulfilling. Its most famous inhabitant was the master painter Rembrandt, who was born there in 1606; he later set up his studio there in 1625.

Situated nearly 30 miles to the south of Amsterdam and only 12 miles north of The Hague, the city of Leiden can trace its existence back to Roman times. The cobbled streets are set around a series of canals, with windmills and the unique cantilevered bridges dotted around, with the River Rhine passing right through the middle. There are also plenty of large open spaces on its outskirts—Van der Wef Park being the best of these.

Use the park and ride facility to get to the city center, then hire a bike and cycle around to see the sites. This is a great way to see the red-brick former merchants’ houses; a legacy of the wealth created from the weaving industry, which reached its height in the 15th century. Some of the most impressive properties can be found along the wider Rapenburg Canal.

The city is also home to Leiden University, which was founded in 1575 by William, Prince of Orange, making it the oldest and largest university in the Netherlands. Several former Nobel Prize winners make up the alumni, including Albert Einstein. The National Botanical Gardens, a part of the university, was where the tulip was introduced to Western Europe in 1560. 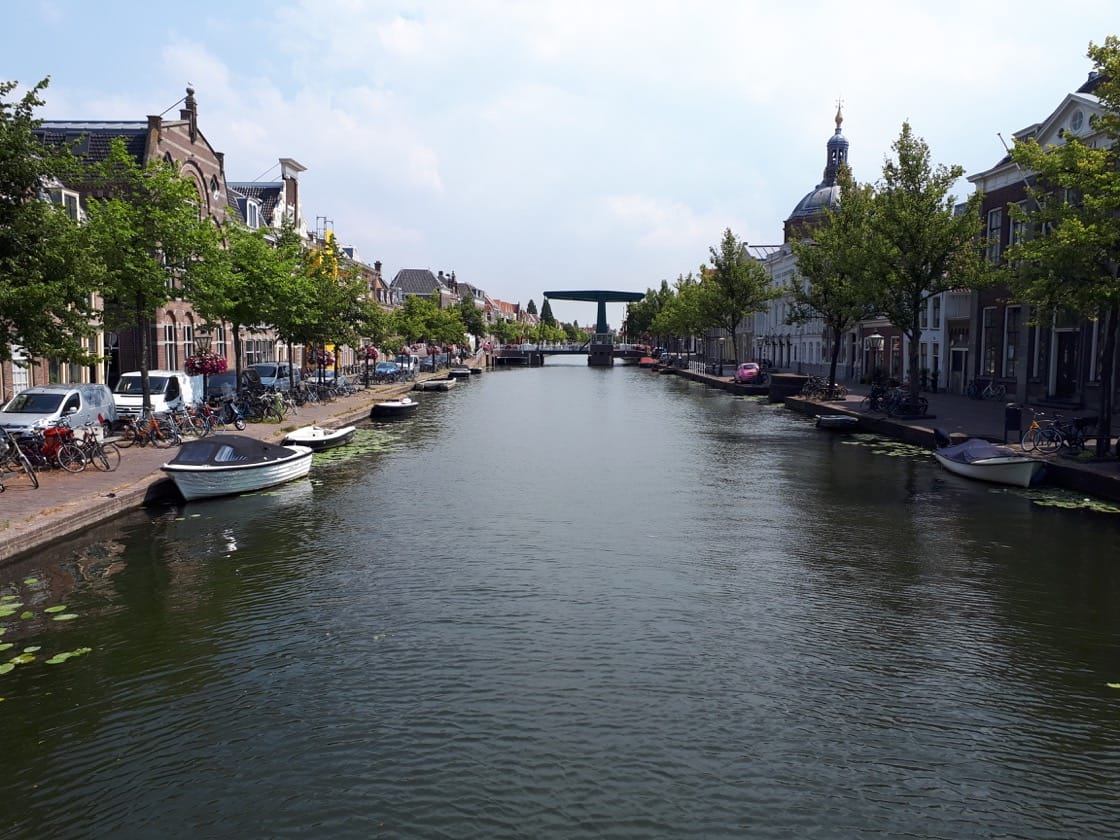 An original 11th century fort situated where the two tributaries of the River Rhine (oude and niewe) meet. It is the oldest surviving example in the Netherlands.

The third incarnation to stand on this site since 1611. After extensive renovation in 2000, it is fully functioning and once again mills grain into flour.

Established in 1633, this is the oldest university observatory still in existence today.

The festival celebrates the end of the siege led by the Spanish during the 80 Years War in 1575 (also the year the university was founded). A large parade winds its way around the city the evening before, and memorial services, a market, fair and evening fireworks take place on the day of.

Showcasing the diversity of both art house and mainstream cinema, the city has hosted this 10-day festival at the start of November since 2006.

What Our Inspectors Say: "A trendy location, a terrace by the water for an aperitif and wonderfully inventive cooking make this a real revelation. The chef honors the flavor of the ingredients and updates the basic classics with fine adjustments which make all the difference. Pure temptation, like the prestigious wine bible."

What Our Inspectors Say: "Playful is a good word to describe the creative dishes of Dartel's chef, who searches for the best ingredients in the region and dresses them up beautifully on the plate. The interior also has its own distinctive look with its blend of modern décor and authentic style."

What Our Inspectors Say: "The Bishop is located in a historical building, the pillars and wood beams being clues to its ripe old age. But the trendy interior and friendly atmosphere of this stunning establishment are thoroughly 21C. The cuisine is honest and international; nothing fussy, just robust flavors. This is a local favorite, so be sure to make a reservation."

What Our Inspectors Say: "The sign on the gable and the authentic pharmacy cabinets are a reminder of this historical building's past. Guests will be impressed by the cozy décor and view of Leiden's canals. The cooking has both feet in the here and now, and can certainly hold its own, with attractively presented plates offering plenty of flavor."

Check out these innovative restaurants during your next vacation to the Hungarian capital.

The 4 Best Restaurants in Bern, Switzerland

From Mediterranean to modern fare, these restaurants are not to be missed.