Bongkoch “Bee” Satongun has dedicated her career to exploring and breathing new life into classic Thai cuisine, going so far as to digging deep into historical cookbooks and reviving forgotten recipes. Inspired by her study on the first-ever recorded recipe for Tom Kha soup from the 19th century, she created a refined version of the creamy coconut soup with free-range chicken, chilli jam and plankton paste. 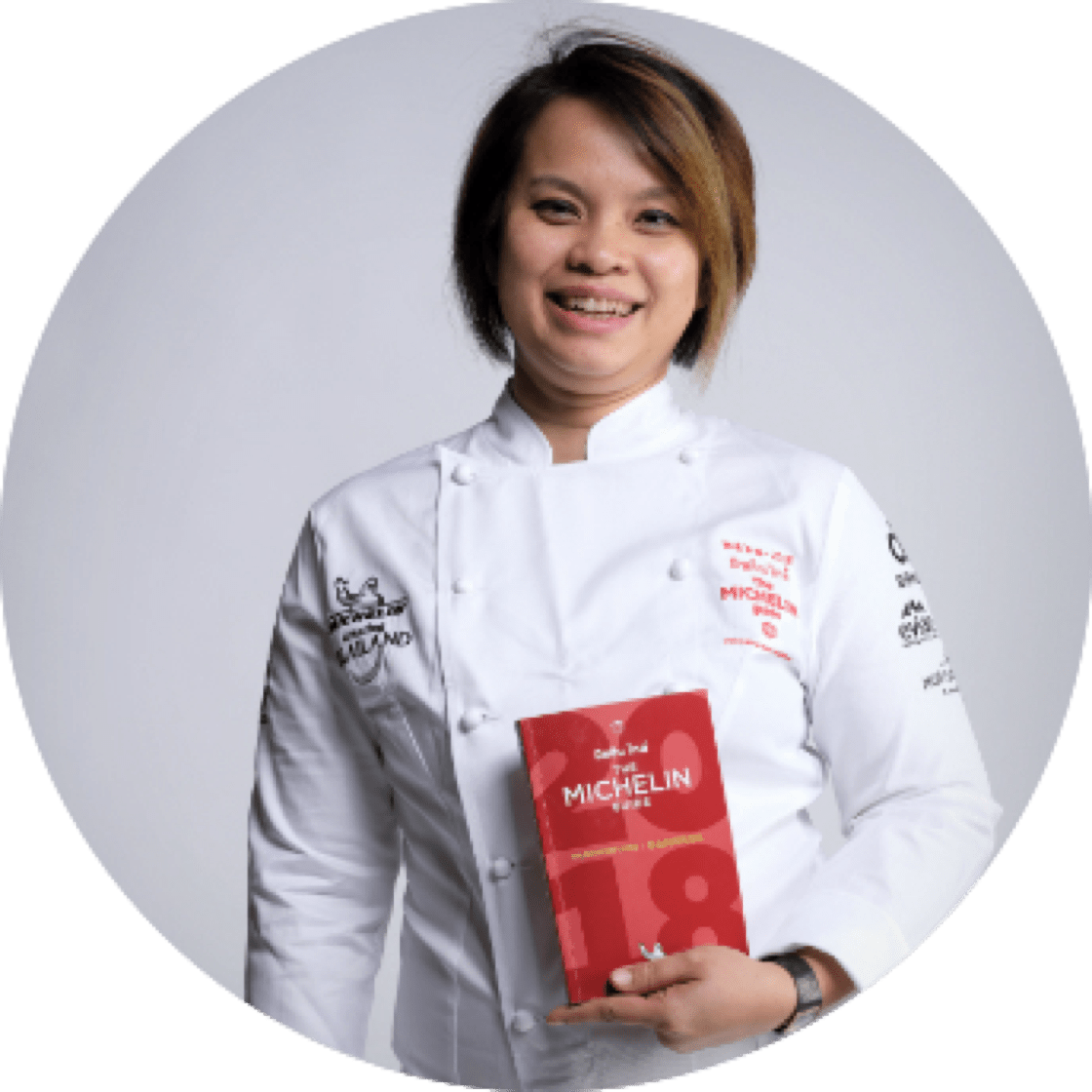 Satongun grew up in her family’s small eatery in Bangkok, helping her mother prepare classic Thai dishes but didn’t pursue a culinary career till she met and married Australian chef Jason Bailey at the age of 28. Her husband’s passion for Thai food was infectious and Satongun trained under him to learn to recreate the flavours of her childhood. Together, they opened Paste Bangkok in 2015 which quickly gained renown for its “heirloom Thai cuisine” and earned a Michelin star in the inaugural MICHELIN Guide Bangkok 2018.
At a quiet corner table near the window of the restaurant, we ask Satongun what cooking means to her and her views on Bangkok’s dining scene.

What’s the food memory that has stayed with you all the way from your childhood?
When I was young, I was very curious, and liked eating out and trying everything. It got to a point where my mother made me eat her food just to save money. It’s been more than 30 years but what I remember most are the Thai flavours from back then. Everything was different, even things from a street stall. This is what I try to achieve in my cooking today — it’s a reflection of a memory. At Paste, I want my customers to taste Thai cuisine like I did in the past and have an experience that is true and memorable, full of Thai complexity that cannot be found anywhere else. Thailand has some of the most complex flavour combinations and, at Paste, we use a minimum of 30 ingredients for a lot of dishes. 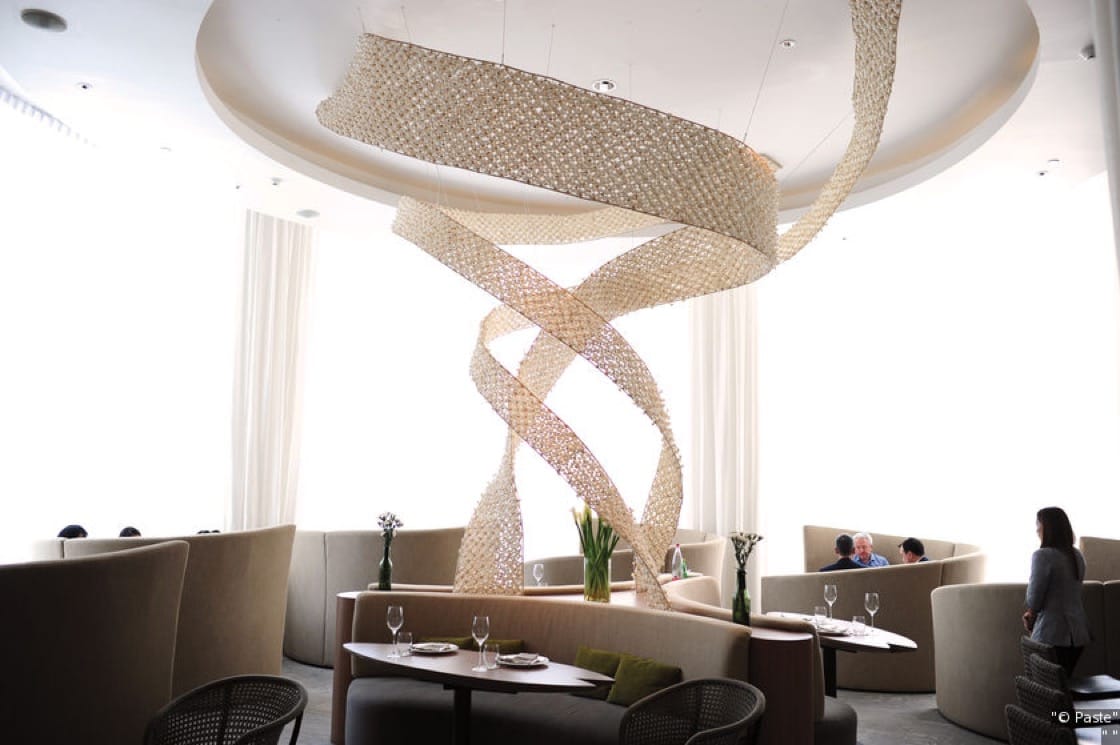 The dining room of Paste Bangkok (Pic: MICHELIN Guide Digital)
You’re known for reviving old forgotten Thai recipes and creative use of Thai flavour. Why do you look into the past?
For me, it’s not about something old being better. What I am trying to do is explore my understanding of Thai food’s elegance, layering and complexity of flavour. Looking to the past is me trying to understand what our ancestors were trying to communicate through their ingredients and flavours, and the occasion they cooked for. They had a main ingredient and all their dishes followed a rhythm of flavour — each dish had its own unique roots.

Who are you inspired by?
For Thai food, I take inspiration from the Snidwongse family cookbook Royal Thai Cuisine and a few private sources. I try to apply their recipes in a contemporary context. It’s a fine balance between old and new as there are boundaries; maintaining the “Thai-ness” of the dishes is what’s most important for me.

Outside of Thailand, I look to Australian chefs like Tetsuya Wakuda, who blend the European technique of cooking proteins with Asian flavours. Also, I spent some time training in Australia and this experience has influenced and allowed me to broaden my vision of what I cook and what my perspective on modern Thai gastronomy is. 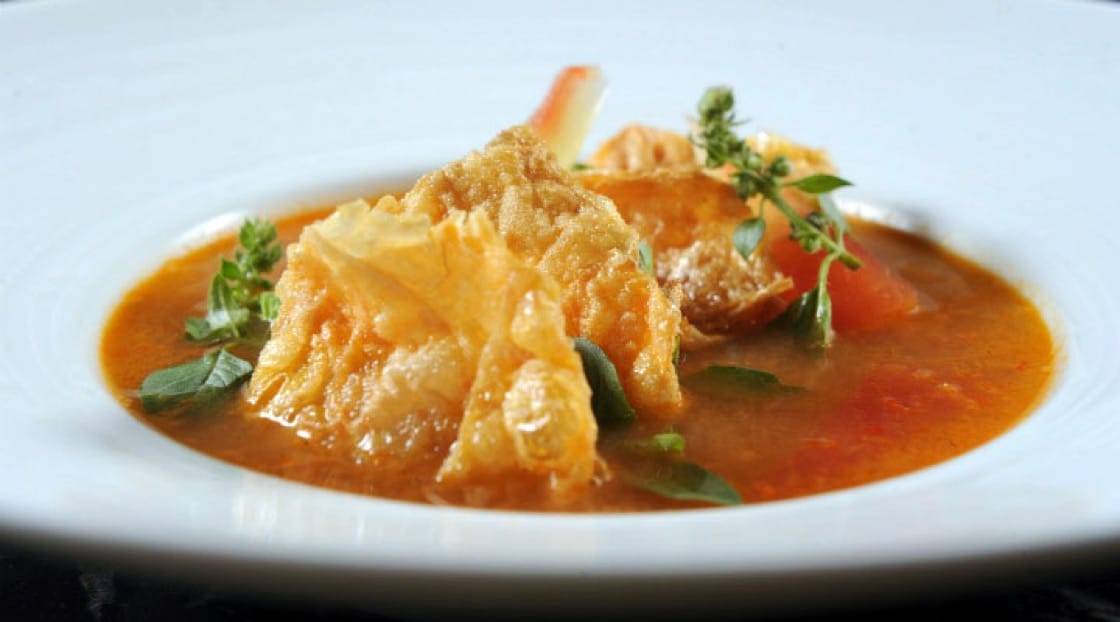 Watermelon rind and fish roe soup with sea bass and jicama dumplings, inspired by a recipe from Snidwongse Family Cookbook, 1968 (Pic: Paste Bangkok)
Where do you see Thai cuisine going in the future? Do you think there will be more people like David Thompson and Henrik Andersen in the future?
Apart from David, Henrik and a few others, Thai cuisine outside of Thailand has been at a standstill for a very long time. There are many reasons for this and one of them is probably due to Thai culture — it can be very complex. There will always be a small number of curious international chefs experimenting with Thai food and I hope that, in the future, Thai nationals will begin to lead the charge in renovating Thai cuisine, especially outside of Thailand. The MICHELIN Guide will help put much more focus on Thai food and local chefs, and I hope that it will give our chefs opportunities to explore and take Thai food international.

What advice do you have for a young chef entering your kitchen or looking to go overseas?
Learn the culinary heritage of Thai cuisine before you start making any modern changes or renovations to the cuisine. A dish that does not breed culture is worthless.
RELATED: 7 Michelin-Starred Thai Restaurants in Bangkok


This story was originally written by Colin Ho and first appeared on MICHELIN Guide Digital Bangkok.