Javier Candón grew up in Huelva, the province in Spain that is home to the prized jamón Ibérico. "If you are from Montana, you eat beef and buffalo, but if you are from Huelva, you eat pig all the time," he says. An ocean away from his hometown, Candón can still enjoy jamón whenever he pleases—in the dining rooms of his two Spanish restaurants, SER in Arlington, Virginia, and Joselito: Casa de Comidas on Washington, D.C.'s Capitol Hill. 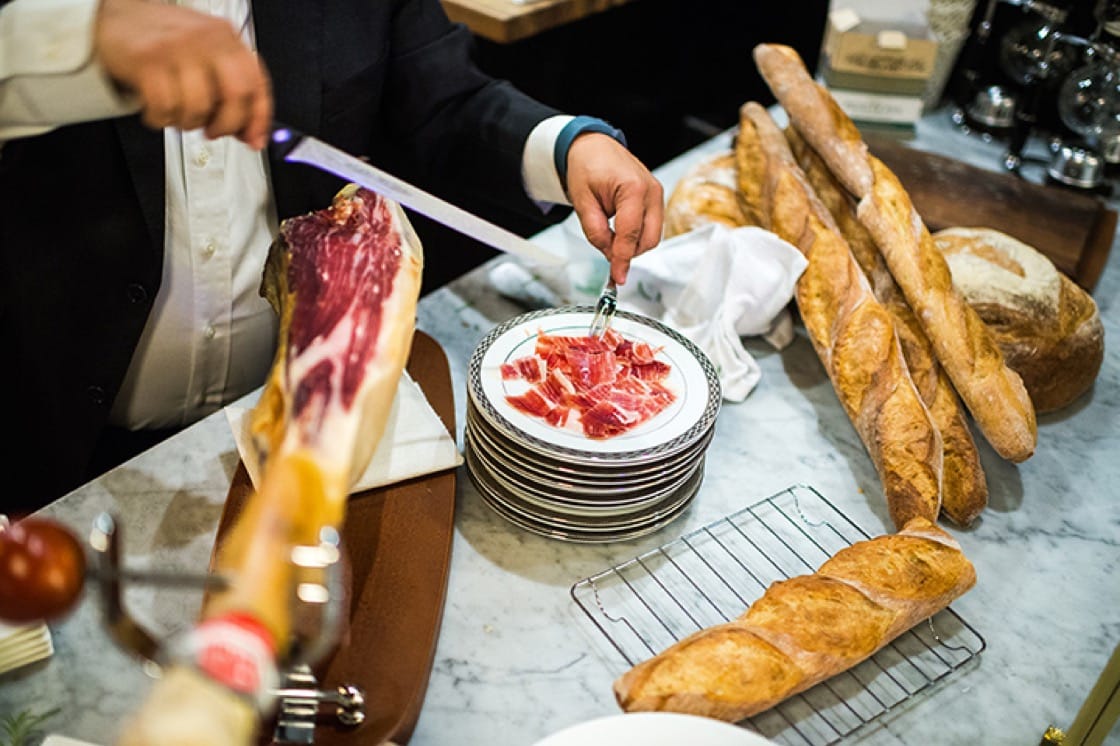 As the youngest of eight brothers and sisters, Candón was often recruited to help his mother host guests. "My parents used to have a lot of parties at home," he says. His family moved to the "big city" when he was 10, where his brothers were attending the University of Seville. When it came time for him to choose a career path, Candón began studying computer engineering. "After one year, I realized that that's not what I wanted to do," he recalls.

In 1992, he was looking for a summer job when he discovered that the Escuela de Hostelería de Sevilla was opening. "I joined the restaurant business school in its first year," he says. "Now, it's one of the most prestigious [schools] in Europe."

During his time in school, he cooked, washed dishes and served in various kitchens and dining rooms; he also trained at restaurants in Cuba, the Dominican Republic, England and France. When he graduated, he started working at Taberna del Alabardero in Seville and was later offered a job as the general manager of the location in Washington, D.C.

"I came with the condition I was coming only for one year, because I just wanted to improve my English and go back to Spain," he says. "But my wife used to be a regular customer at Taberna. She used to go there for her happy hour. I met her, we started dating and here we are with two American children."

He stayed at Taberna for 14 years, but in the back of his mind, Candón always knew he wanted a restaurant of his own someday. "It sounds crazy because restaurants are a very dangerous business, in the way that it's not easy," he says. "But I always had a passion. I wanted to have my own restaurant, my house and welcome everybody." 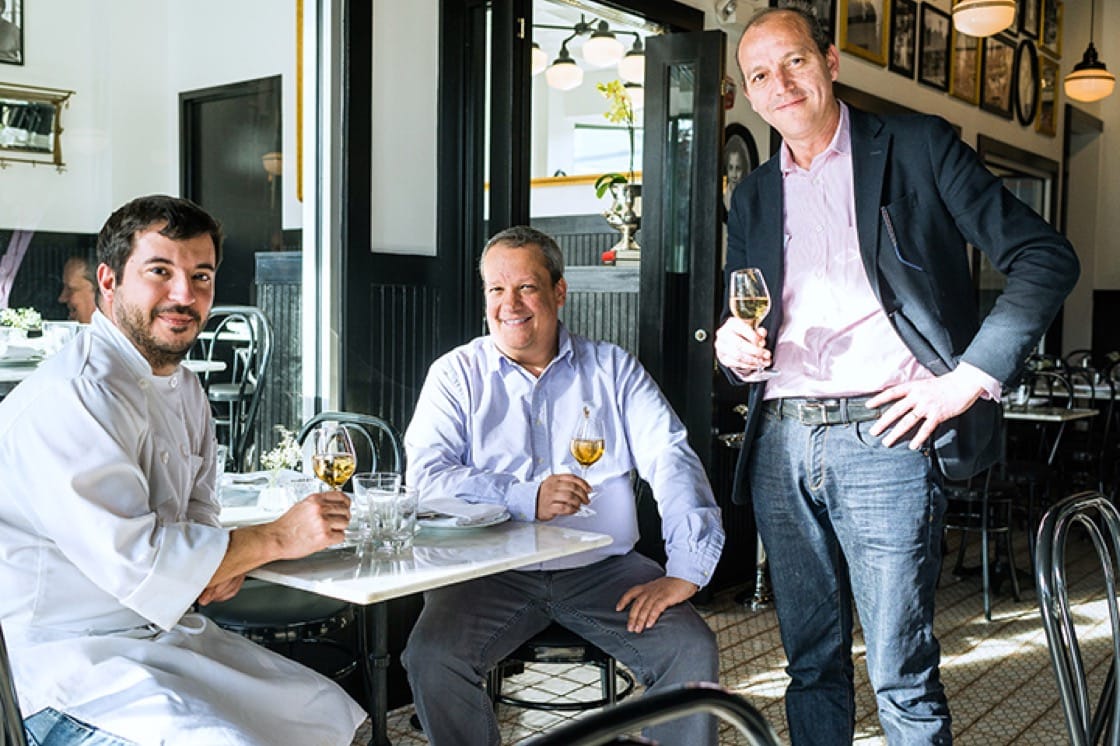 That is his reality now at Joselito: Casa de Comidas, named for his late father, Jose Candón-Pérez. "He was not in the restaurant business, but he was in finance so he taught me so much about how to run a business," he says. "[Restaurants aren't] only about good food and good service."

"My father died the week that we opened SER. I was able to see him and talk to him before he passed away, and he told me that he was very proud. I told him, 'The next restaurant that I open is going to be named after you.'"

The menu is a compilation of Jose's favorite foods. "All the food that we serve here are recipes from my mother and my grandmother that they used to cook for my father," Candón says.

"Even if you are five thousand miles from Spain, when you enter Joselito, you feel like you are transported to Spain." Candón's wife, Christiana Campos, designed the space—an elegant, two-tone dining room with black beadboard wainscoting, white marble tabletops, patterned tile and old photos of family looking over the guests. 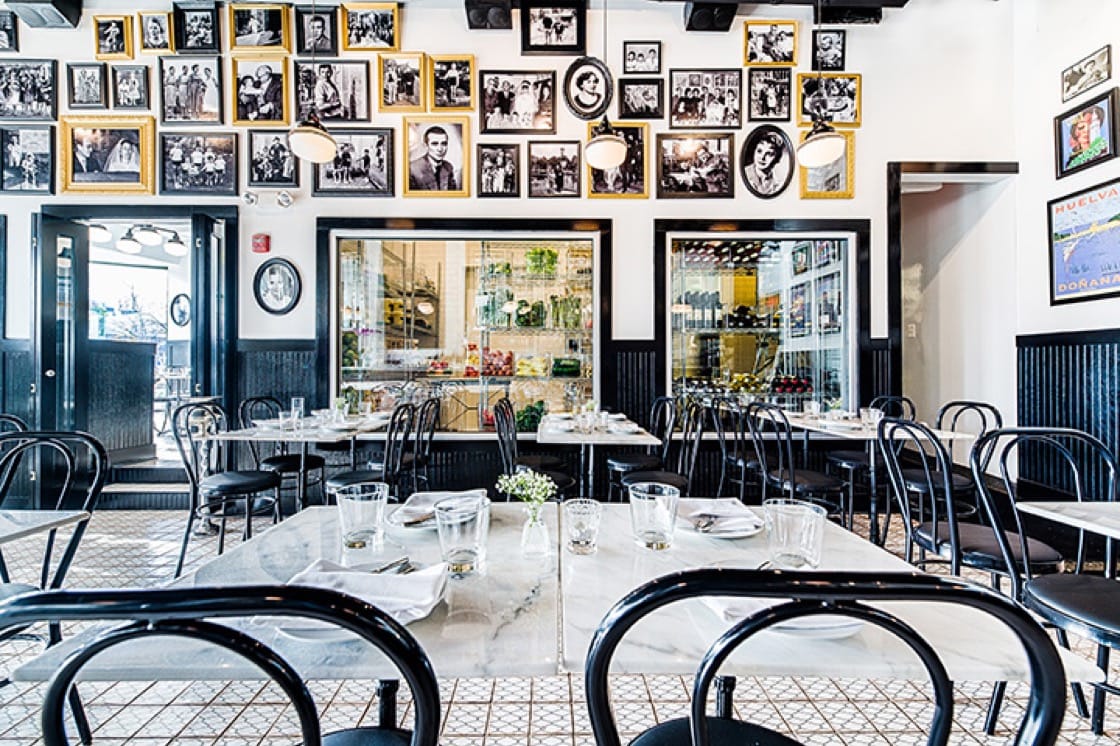 Of course, jamón abounds. "We go through maybe two hams a week," Candón says. "I would say one of every two tables, we have ham on the table." Spanish staples like Manchego cheese, Iberian pork shoulder and salted cod fritters are also among the most popular items.

Almost every dish is offered in three portion sizes: tapa (appetizer), media ración (entrée) and ración (family style). "We wanted to show people here the way that we eat in Spain," he says. "We didn't want to reinvent the wheel. This is nothing new; this is just the way we do it in Spain."

Like the dining style, many of the ingredients come directly from Spain. The entire wine cellar houses Spanish bottles and much of the liquor shelf does, too. Products like pork, cheese, anchovies, shrimp and Piquillo peppers are also imported.

Even though Spanish cuisine has been part of the D.C. dining scene for decades, Candón says there's still room for education. "People confuse Spanish food with South American food. Here and there, we still have people that ask if we have tortillas—not Spanish tortilla," referring to the potato and egg dish. 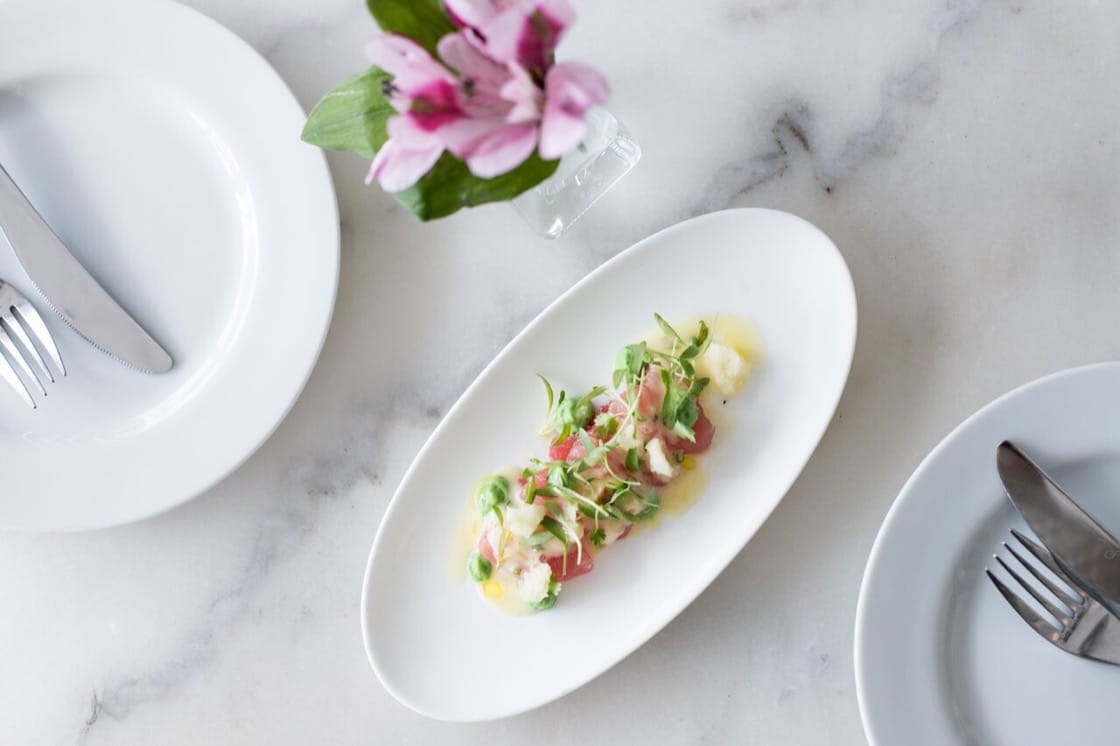 Many of his guests are well-versed in Spain's culinary traditions, but even so, they may encounter some surprises. "You can find pork cheeks, you can find codfish jowls, the suckling pig, baby goat," he says. "You can't find [these dishes] in many other places."

Since earning the Bib Gourmand distinction, Candón has noticed an uptick in business. "I get many phone calls from other states and even from Spain," he says. "You have people coming and they come with the guide, and they read it and they order the things that are mentioned in the guide."

In the interest of broadening the palates of the restaurant's guests, Candón hosts regular wine tasting dinners—both the more traditional seated events as well as casual mixers. "When I came here in 2000, you couldn't find more than 60 or 70 Spanish wines in the market," he remembers. "Now, you have thousands."

Whether guests are just getting acquainted with Spanish gastronomy or are continuing their culinary exploration, Candón says they all have one thing in common: "They come with open eyes and an open mentality, and they try it and they love it."

Behind The Bib Singapore Bib Gourmand
Dining Out 1 minute

Behind The Bib Thai video
Dining Out 2 minutes

Noodles Behind The Bib Street Food