Since it became a Bib Gourmand Restaurant in the MICHELIN Guide Hong Kong Macau 2018 for the first time, Mak Man Kee Noodle Shop has seen its clientele expand, both in terms of size and diversity.

“It was a big surprise that we were selected to be a Bib Gourmand Restaurant. We never thought it would happen,” said Lesley Mak, owner of Mak Man Kee, which is best known for its Cantonese wonton soup noodles. “The amount of customers hit a high during the two, three months immediately after the announcement, and has turned more stable since then. Many of them are tourists from mainland China, Taiwan, Thailand, Malaysia and Japan, who come here as they read the introduction on the Michelin Guide. In addition to eating in the shop, the visitors from South-east Asia are especially keen on getting some of our products to go. Our noodles are packed in a box and kept in the best conditions, so the tourists can take them back home as a souvenir.” 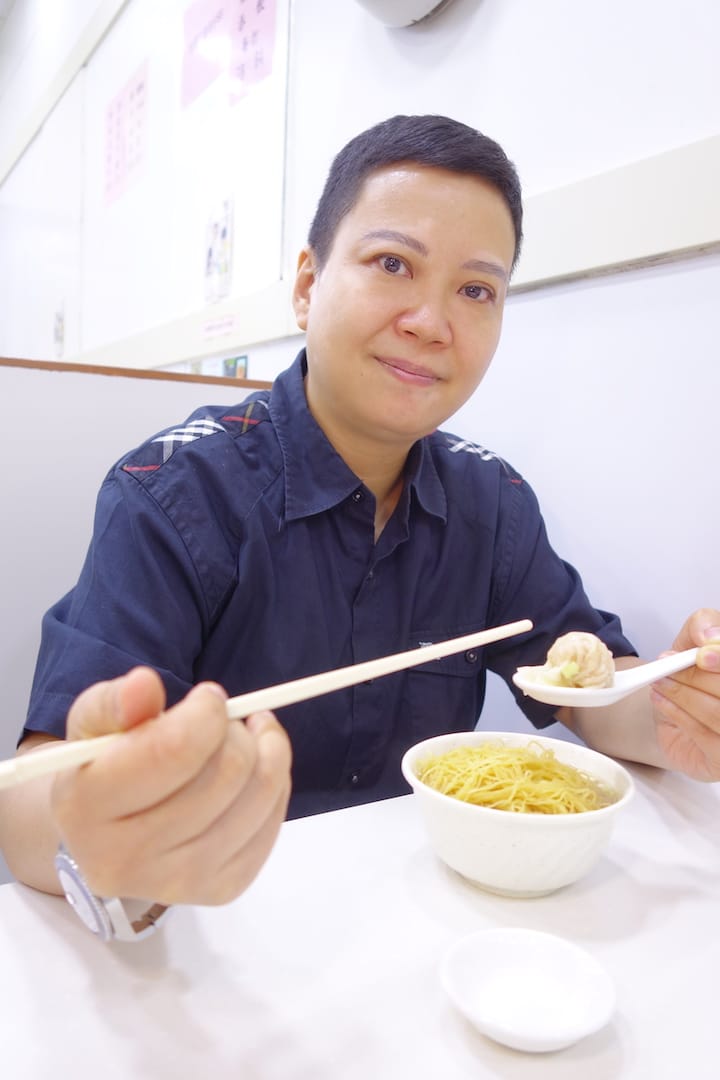 On the day of interview, Mak was held up in a whirlwind of work. One of the big decisions she had to make was to choose a new brand of chilli sauce. “The sauce maker we’ve been working with for years is changing hands, so we need to choose another brand. I’ve sampled many chilli sauces over the last two months, but I still can’t decide yet,” she said.

Chilli sauce is just a tree in the whole forest. When Mak took over the running of the shop in 2003, she began overseeing every single aspect related to the noodle shop, from the fundamentals to the most trivial. As she pointed out: “We tasted every condiment back and forth many times before putting it on the table.”
But to say she came back with a game plan is far from true. Rather, she hadn’t thought much about it. “I spent a lot of time at the shop when I was young, which gave me some ideas about how it worked. But in the past, my family relied on my cousin for help. They thought it was not an obligation for me to take over as a daughter. In addition, I had a very stable job at the government since graduation. In fact, it had never crossed my mind that I would come back. My family didn’t bring it up either.”

The turning point came in 2003, forcing Mak to reconsider her options. “My cousin reached the age of retirement, and my mum got sick suddenly. At that time, I made up my mind to take charge of the shop.” 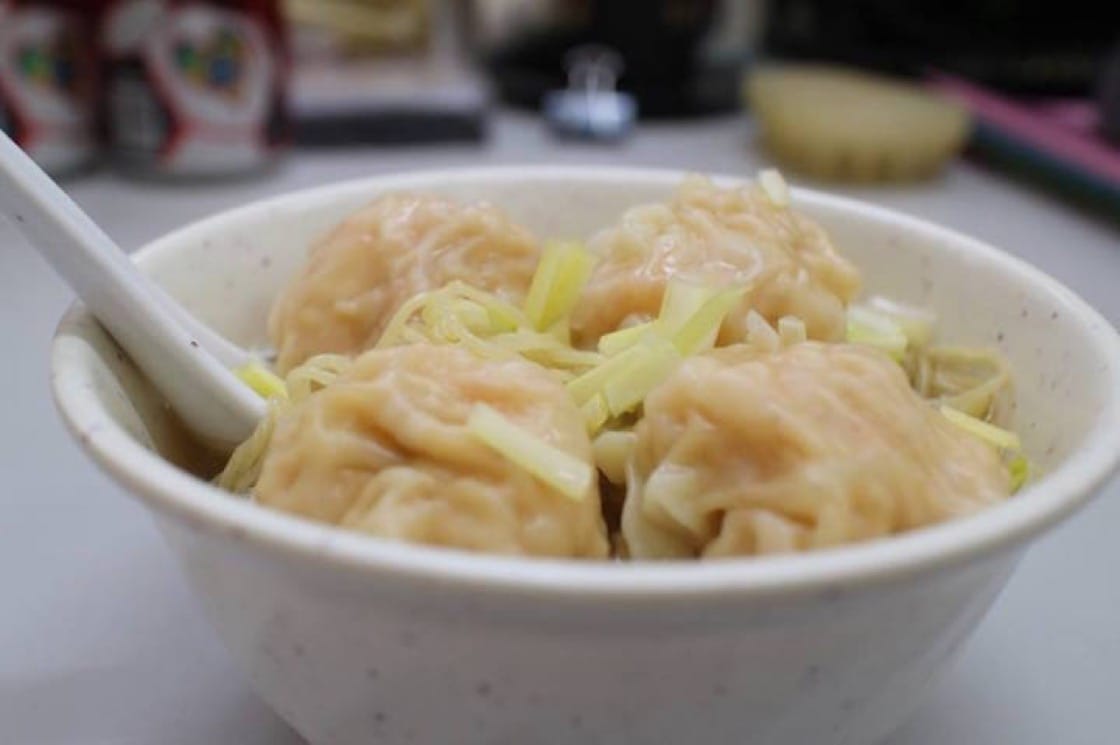 One can trace the roots of Mak Man Kee back to the time of Mak Woon-Chi, who was hailed as the “king of wonton” in Guangzhou almost a hundred years ago. Mak Man Kee started out in 1945 as a food cart roaming around Jordan and later found a home in its current site on Parkes Street.

To call the shots for the family business was a huge challenge for Mak. In the beginning, she had to tackle the old-fashion way of management and operation, a frequent trait of small, decades-old food enterprises. All the different moving parts were intertwined, following an established pecking order and the vested interests of various parties. In other words, some hard work had to be invested to make the transition as the shop would run under a new leader of a younger generation.

“There were 15 or 16 people working here. Most of them, young and old alike, weren’t that confident about my return. Besides the internal demands and struggles, we discovered the raw ingredient supplier had deals with someone on our side under the table. It was a long process to tidy up all the irregularities to put things back to where they should be,” Mak explained. The black sheep was eventually replaced. 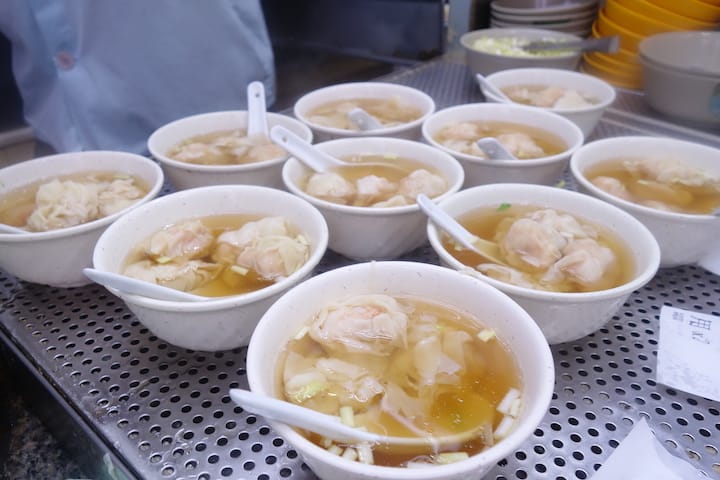 Boasting decades of experience, the cook in charge of the noodles does his job with finesse and grace.
Being in a new role, she had to learn her trade from scratch. The level of difficulty far exceeded her expectation. In digging up all the details about the noodle shop, she asked around and did research on her own. Of particular help to her was her cousin, who had worked there for many years and was on the verge of retiring.

“He is more traditional and didn’t have much education. Yet he does the real work with his own hands and knows about every position in the shop. In fact, operation is an area he really thrives in. It’s just that he doesn’t have a clear concept of management. He has a good grasp of everyone’s personality and understands how to talk to them about certain problems without upsetting them. That’s the camaraderie so important to the previous generations. I took a lot away from his style of communication.” 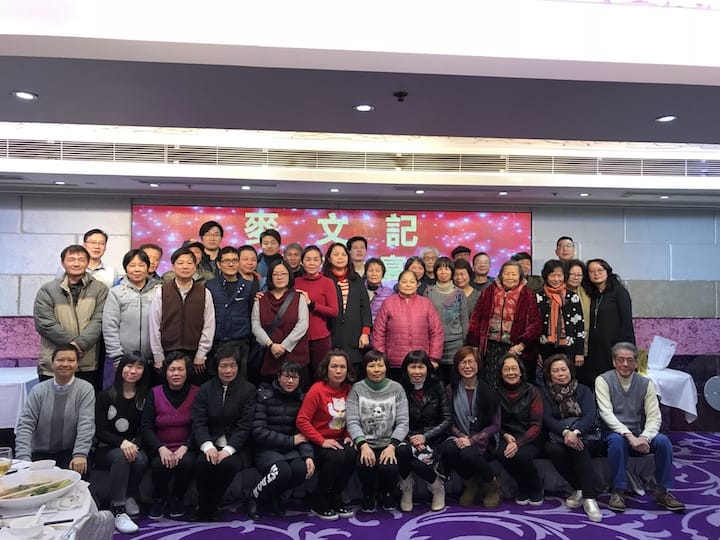 Mak Man Kee currently has more than 30 employees.
Nowadays, Mak Man Kee sells 900 to 1,000 bowls of noodles every day, with toppings ranging from wonton and dumpling, to beef brisket and pork knuckle, all prepared on site.

This is what the Michelin inspectors have to say: “This 40-year-old establishment is all about Cantonese wonton soup noodles — firm and bouncy prawns, visible through the paper-thin translucent skin, with springy duck egg noodles swimming in a flavourful broth.”

Mak emphasised there is no secret in the technique of wrapping wonton. “The skin comes from a noodle maker we’re close to, with which we came up with the ideal recipe. How much force one uses in wrapping is completely based on experience: too much of it makes the wonton tough; without it, the wonton would break apart during cooking. Everyone needs time to get it right.”

With diners rolling in consistently, Mak Man Kee now employs more than 30 people, most of them middle-aged or above. Mak noted young people have become a rare commodity to the industry. “It’s very difficult to find young staff members. Many of them think the work here is too tough. Some resigned within a few days. Although we offer a wage much higher than the legal minimum, fresh blood is still hard to come by.”
The article is written by Clarence Chan and translated by Vincent Leung. Click here to see the original story.