Chinese New Year or Lunar New Year is one of the most auspicious celebrations for Asians all over the world. This year marks the Year of the Pig, the last sign in the 12-year cycle of the Chinese zodiac or Sheng Xiao. According to one myth, as the Jade Emperor was hosting a party to decide who will be named first, the pig – laidback and easy-going by nature - arrived late as he had overslept, and as a consequence, was named last. But pigs have a cheerful personality and for this reason, the Year of Pig symbolises wealth and good fortune.

To help you celebrate with family and friends, we’ve rounded up the Michelin Inspectors’ recommendations for the best Chinese restaurants in Thailand. Just don’t oversleep and book a table! 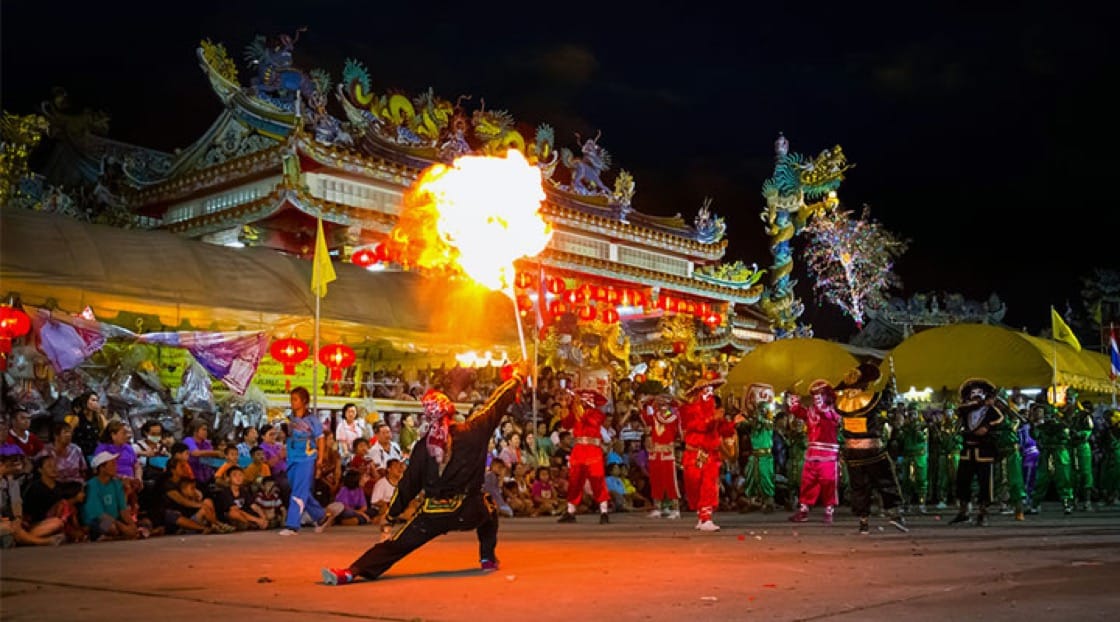 Bangkok's Chinatown is a hot spot for those looking to partake in Lunar New Year festivities.

Lee Kitchen (Michelin Plate)
Bangkok never runs short of choices in Chinese food and this is one of those with a long history. Founded in 1989, it has served thousands of happy customers who return for their homemade dim sum and other signature dishes such as Mr Lee Duck, seabass with egg noodle soup and sautéed crab claw in spicy sauce. The owner-chef reflects his Chaozhou descent in the menu and only the freshest ingredients make it to the kitchen.

Reunros (Michelin Plate)
When Ruenros opened 40 years ago, its owner came from a medical background, hence the focus on herbal and medicinal braised dishes. The 3rd generation heir now runs it and he chooses all the market fresh ingredients himself every day. Specialties include spring rolls using a family recipe, stir-fried goat with celery, fried rice with salted fish and slow-cooked soup, which is packed with flavour. For dessert, try the taro purée with sticky rice.

S.B.L (Bib Gourmand)
After 50 years of history, this Chinese restaurant was remodelled by the second-generation owner who is keen to make every aspect of the dining experience pleasurable. The menu features mostly traditional Chinese fare with a few creations that show novel twists. Stewed fish maw in gravy and X.O. scallops are among the recommended items. Quality ingredients handled with skill and experience is the formula that guarantees a good meal here.

Sanyod – Sathon-Bang Rak (Bib Gourmand)
This tiny noodle shop tucked away in a small alley has attracted a loyal fan base for over 50 years with its tasty Thai-Cantonese fare. Regulars come for the char grilled roast duck marinated with a secret sauce from the shop's founder. Egg noodles get a boost in egg content for extra fluffiness. There are four branches in town and this one is the original shop that seats only 25 people but it has extended to a restaurant on the opposite side of the street. 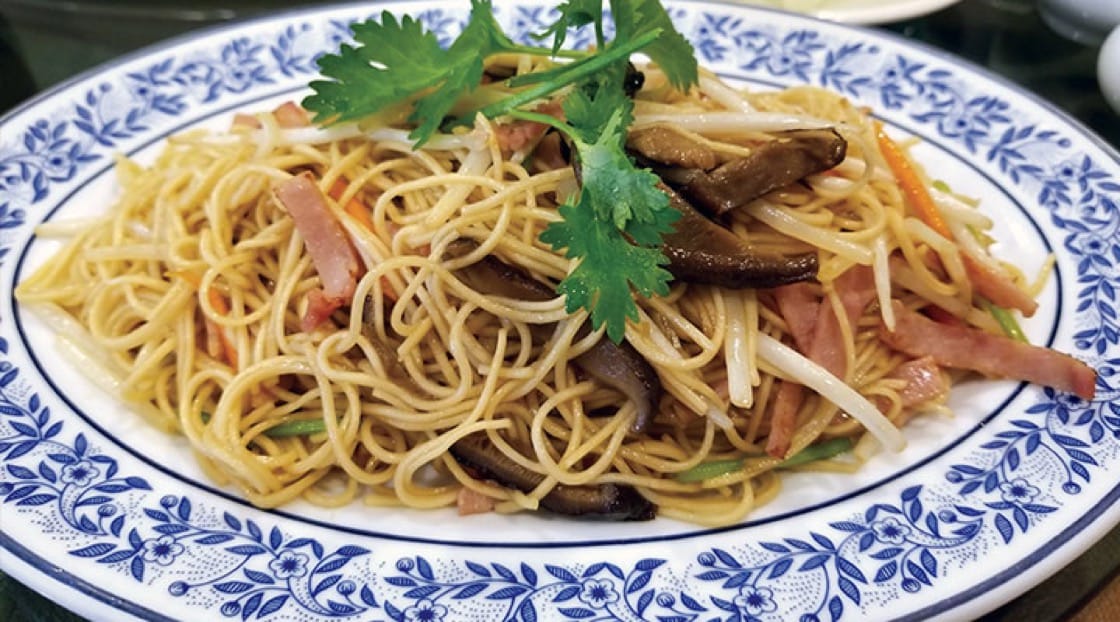 Chef Man – Sathon (Michelin Plate)
Hong Kong-born chef Man Wai Yi has earned a reputation in town for his Cantonese cuisine and consistently good quality dim sum. The Peking duck is legendary, but you'll need to call and order one day in advance; other standout dishes include the Chef Man-style wagyu short ribs. Chef Man is particularly keen on producing an authentic "home-style" cuisine - which is no real surprise as each station in his kitchen is manned by chefs from Hong Kong.

Mei Jiang (Michelin Plate)
Overlooking the lush gardens of The Peninsula Hotel on the banks of the Chao Phraya River, Mei Jiang - which means beautiful river - is an elegant Cantonese restaurant. Classic Chinese delights are prepared by an experienced chef from Hong Kong, and the staff are consummate professionals. Dim sum is a highlight and the "Health" set menu satisfies both the stomach and body and is a specialty of the chef. 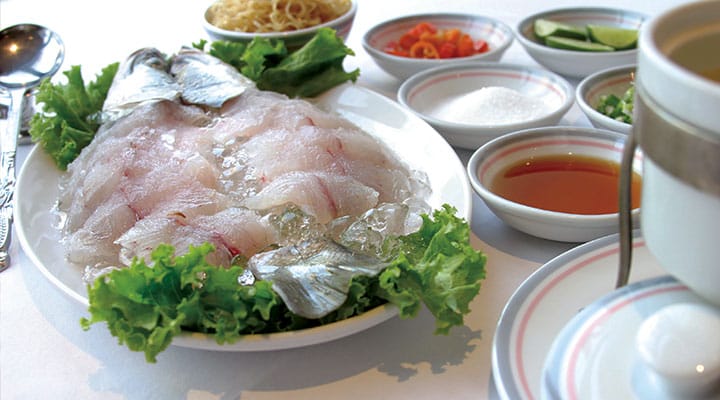 Fish, which sounds like 'surplus' in Chinese is another traditional Chinese New Year dish that is shared with family and friends. Picture source: Lee Kitchen.

Golden Chicken – Mueang Thong Thani (Michelin Plate)
Also known as Kai Thong, Golden Chicken has been run by the same family for around 20 years, with second generation owner Khun Jim's daughter now at the helm. Recipes are household favourites; 'Stir-fried pork liver with garlic and pepper' is not to be missed. Ingredients are selected each day by the owner herself, ensuring consistency; however supplies can be limited, in turn affecting some menu items. 'Sri Lankan shaved ice milk tea' is the perfect way to end.

Jok’s Kitchen (Michelin Plate)
Hidden inside a small wet market, this simple yet legendary shop has earned its reputation for Thai-Chinese cuisine, with quality seafood a speciality. The chef's set menu is based on daily available ingredients. Best dishes include the shrimp wonton, deep-fried snow fish with soy sauce and stir-fried kale with salted halibut - flavours show great intensity and complexity. Booking is compulsory.

Phan Fa (Bib Gourmand)
This family-owned establishment, which is located near famous attractions such as Wat Saket, opened back in 1939 and is now run by the third generation. It is known for fresh seafood that draws fish lovers from near and far, with specialities such as steamed crab claw and crab fried rice. Its chicken rice also attracts a huge following, but don't miss the deep-fried pork chitterling which is second to none.

Ruen Ton (Bib Gourmand)
Located on the Rama IV side of the Montien Hotel, this café is open 24/7 and focuses on Thai-Chinese comfort food. Hainanese chicken rice is their most famous dish. The soft, moist chicken is thickly coated with a special soy sauce that comes in two varieties - light and rich - which both complement the dish; the accompanying rice is robustly flavoured. Keep in mind the chicken rice is only available from 11am until it is sold out at around 5-6 pm. 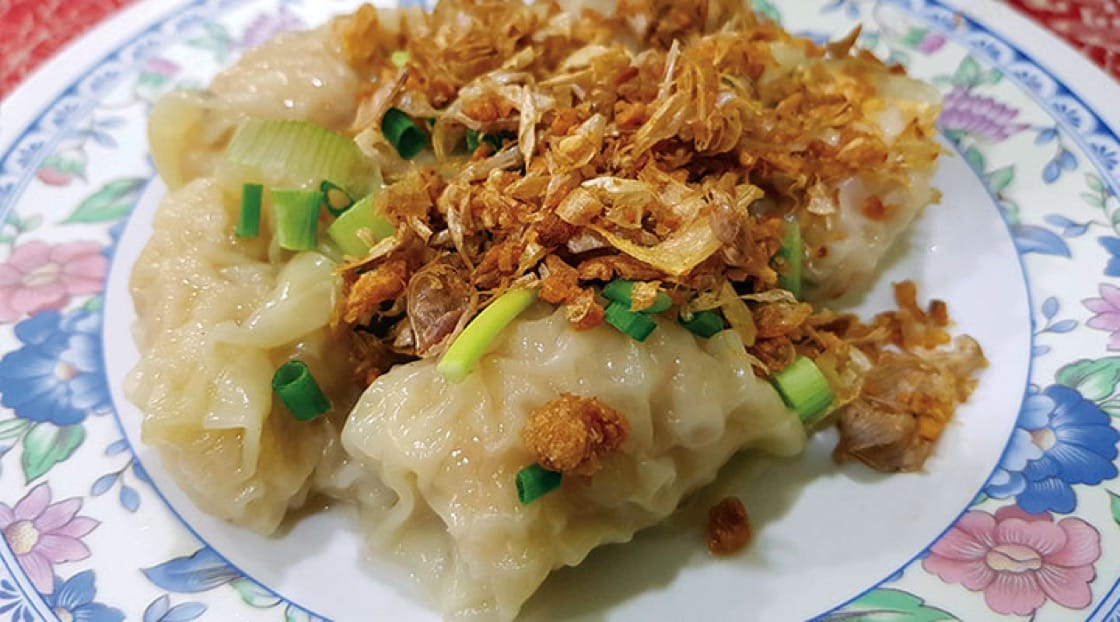 Roast pork buns, congee, siu mai—here’s where to get the best of the best in the City by the Bay.

Roast pork buns, congee, siu mai—here’s where to get the best of the best in the Big Apple.