Whenever celebrity chef Susur Lee travels, he keeps an eye out for that one good idea to bring back to Toronto, where he runs restaurants including Lee and Kid Lee. Things that have caught his attention can span from ingredients such as long black peppercorns from Cambodia to how a deboned chicken drumstick is served like a popsicle in a street stall in Qingdao.

Speaking to The MICHELIN Guide Digital during a recent trip to Singapore, Lee says: “I need that one great idea, be it from ingredients to a dish, and I enjoy making my rendition of dishes that I see overseas when I am back in my kitchen at home.”

Over the years, he has experimented with ways of “doing a different spin” on popiah, which is one of his favourite Singapore food. Lee is a frequent visitor to Singapore as he has been co-helming the MICHELIN Plate Chinese restaurant TungLok Heen at Resorts World Sentosa. In town to present a menu revamp last month, Lee, who sports his trademark ponytail, cuts a lean and trim figure with glowing sun-tanned complexion that belies his age. (He is 61, but looks like he is in his late 40s.) 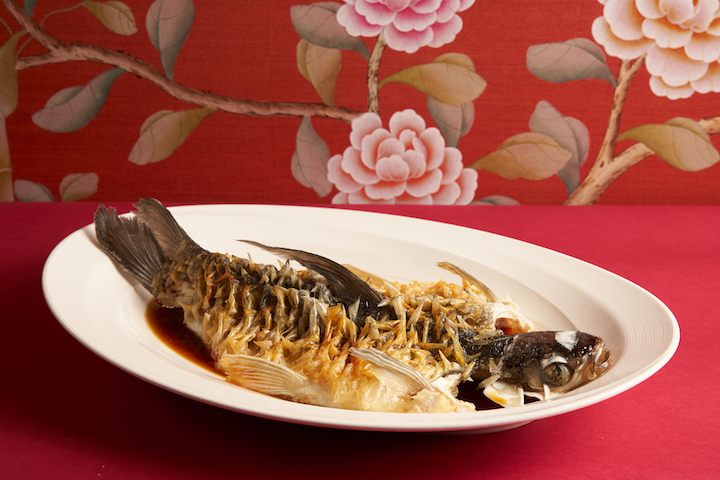 The steamed White Sultan Fish with Crunchy Scales is one of the revamped dishes at TungLok Heen. (Photo: TungLok Heen)

Some of the new dishes that he has developed with TungLok Heen’s senior executive chef Ken Ling include the braised fish maw with an umami-laden “tanfu” sauce that is made from pork, duck and chicken sauce, and the pan-fried Kagoshima wagyu steak with lemon salt, mustard and beef drippings.

Later this year, Lee plans to open more outlets of Kid Lee, a modern Chinese fast-casual eatery in Canada which he started with his two sons last year. He is also a consultant for the TungLok Group's first restaurant in Cambodia, which will open by October. We catch up with Lee and get his thoughts on the future of Chinese cuisine.

1. Where do you get inspiration for your latest modern Chinese dishes at TungLok Heen?

This menu revamp took six months as I am always looking for ways to improve the ingredients and presentation of the dishes. For the double-boiled ginseng chicken soup with organic chicken, I topped it with Nepalese glutinous rice instead of the usual barley. I came across the rice on a sourcing trip with [TungLok Group’s President and CEO] Andrew Tjioe earlier this year and thought that the grain has a similar texture but lends a different touch to the soup.

Being trained in French cuisine, I love cooking with wine, especially with marsala, so I have wok-fried the sea cucumber with sherry in the soup. It is dry and sweet, which is almost similar to a good shaoxing wine. Chinese stocks can be quite meaty, as we do not roast the bones like in European cuisine to bring out the flavours of the stock. So we rely on shallots and condiments, such as sherry to bring up the flavour of the stock.

2. How do you think Chinese cuisine can have a greater prominence on the global stage?

In recent years, there have been a couple of food guide and recognition platforms, which are integral in elevating the status and standards of the culinary world in China. There are great platforms to educate young chefs in Chinese cooking on topics such as ingredients from different parts of China, tea, service and sustainability. There is so much to embrace about the Chinese culinary world, from the wealth of audience, ingredients and talent.

What’s important is that young chefs need to have good mentors and a strong sense of initiative to learn. Gone are the days when you have to chop ingredients till you’re dead in order to master that skill. There is so much information that one can pick up from books and online portals and YouTube videos these days. 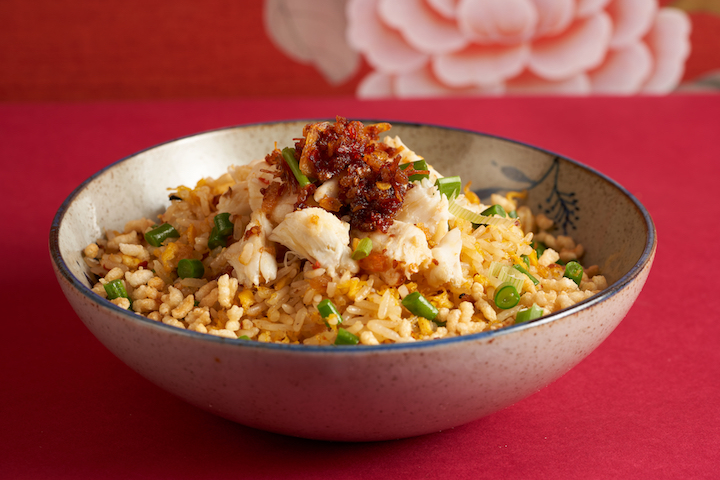 Mastering the wok for a dish of fried rice is one of standards of a good Chinese chef. (Photo: Kenneth Goh)
3. To you, what is a true mark of good Chinese cooking?

4. What are some of the evergreen skills that a Chinese chef needs?

Patience and integrity are still integral in shaping the values of a chef. Being a master in Chinese cooking means being a good cutter, understanding ingredients, being a master of the wok and being skilled at not wasting ingredients.

First, do not have a girlfriend or boyfriend as you will be spending a lot of time at work. Second, you need to have a strong love for food. Do not think about how long you need to be in the kitchen, but cook with patience and happiness and find out things by yourself. You need to get a little crazy and obsessed about something in order to truly master it.