Sustainability has become a focus in the culinary industry in recent years. With mounting environmental woes—accelerated global warming, rising sea levels and climate change, the world is facing an alarming spike in the emission of greenhouse gases. According to the World Meteorological Organization, the level of heat-trapping greenhouse gases in the atmosphere have reached a record high in a report published last November. The organization's Greenhouse Gas Bulletin showed increased levels of greenhouse gases such as carbon dioxide, methane and nitrous oxide. Global food production typically produces these greenhouse gases from agricultural practices such as the cultivation of livestock and mass crop production.

Also in recent years, sustainability has gained considerable clout among chefs around the world, with more chefs incorporating sustainable produce and cooking methods into their cuisine and going in-depth in understanding the provenance.

Here are 10 tips that foodies can use to get started on eating sustainably. 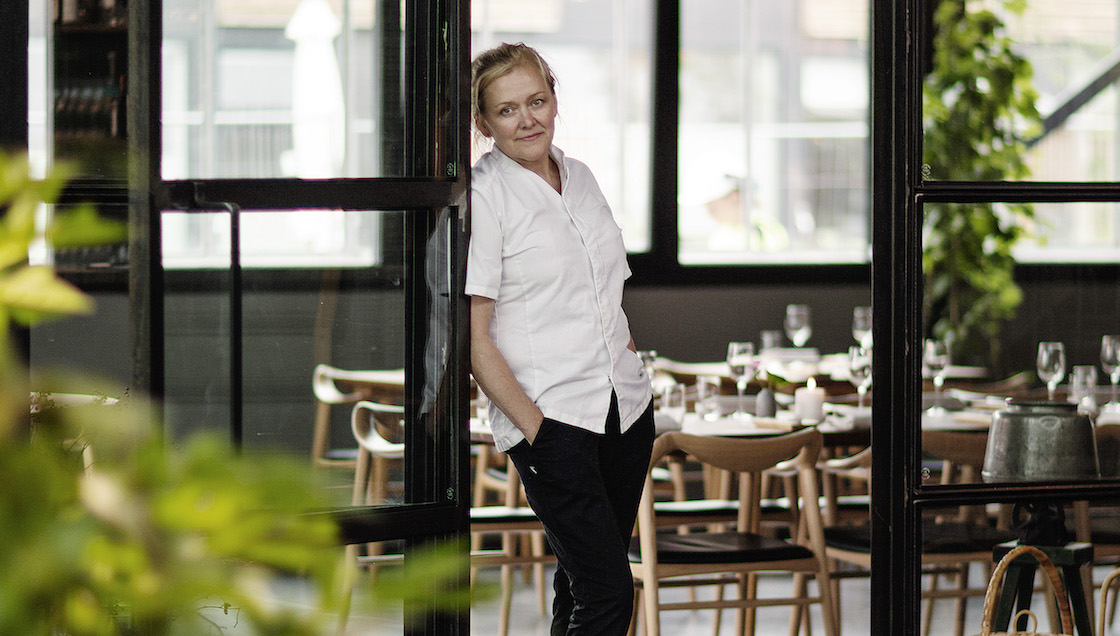 The MICHELIN Guide Nordic Countries 2019 Selection saw an inclusion of a Sustainability Award this year. The award recognizes restaurants with impressive eco credentials and social media engagement promoting better food and sustainable land use practices. This year’s recipient is one-MICHELIN-starred Credo in Trondheim, Norway, that is helmed by chef Heidi Bjerkan.

Her restaurant, which is housed in a former milk tank factory, epitomizes sustainable redevelopment. The restaurant is attached to a biodynamic farm and Bjerkan works closely with farmers. In fact, some of them work as hosts in her restaurant to regale diners with stories behind the produce.

The Sustainability Award is in alignment with one of the MICHELIN Group’s key commitments: Sustainable Mobility. The company envisions a circular economy to preserve the planet's resources by reducing, reusing, renewing and recycling the materials needed to produce the company's products and services, to avoid leaving a lasting environmental impact. One of the MICHELIN Group's visions for the next 30 years is for its tires to incorporate up to 80% sustainable materials and for 100% of end-of-life tires to be recycled or reused as fuel.

Cut Down on Meat

Greenhouse gases are a major cause of climate change; nearly a quarter of greenhouse gas emissions in the world stem from food production. Of these emissions, most of them are from animal products. Which meat to cut down on? Beef and lamb are at the top of the list as they emit half of the greenhouse gases farmed animals produce in the world, such as carbon dioxide and methane. For instance, a cow produces 70 to 120 kilograms of methane in a year. 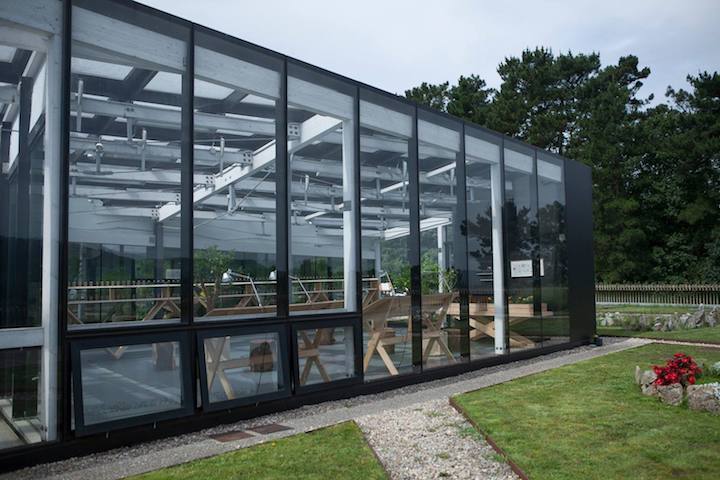 The three-MICHELIN-starred Azurmendi in the Basque Country. (Photo courtesy of Azurmendi/Facebook.)

Other chefs from MICHELIN-starred restaurants that have been championing sustainability include Alain Passard of three-MICHELIN-starred Arpège in France, who is hailed as a pioneer in plant-based cuisine and employs sustainable kitchen practices, such as using vegetables grown in biodynamic farms. Three-MICHELIN-starred Schloss Schauenstein sources most of its produce within its sprawling castle grounds that include orchards and woodlands and from organic farms near the restaurant. Chef/owner Andreas Caminada also powers the restaurant and its hotel rooms with renewable hydroelectricity and ensures that local produce are packed in reusable packaging such as baskets and glass.

The food supply chain is responsible for about a quarter of human-created greenhouse gas emissions, so it is wise to adopt the "Healthy Plate" format during mealtimes: half of the plate should be filled with fruit and vegetables, a quarter with whole grains such as brown rice and rolled oats, and only a quarter of the plate should be reserved for meat, seafood, eggs, nut and bean products. Shifting to a more plant-based way of eating will help reduce freshwater withdrawals and deforestation—a win-win situation for both one’s personal health and the environment. 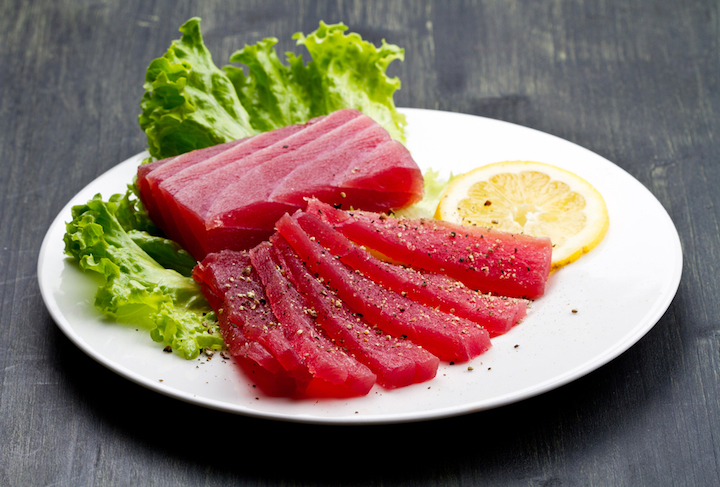 According to a report by the United Nations Food and Agriculture Organization last year, fish consumption is at a record high rate with over-fishing occurring in one-third of the world's oceans. The report states that fish consumption is at an all-time high of 20.2 kilograms per person, up from 9 kilograms in 1961. Unsustainable seafood refers to seafood species that are considered to be overexploited, overfished and sourced from poorly managed fisheries and farm operations. These species include bluefin tuna, yellow croaker and coral trout. When shopping for seafood, look out for logos by the seafood sustainability certification organizations such as The Marine Stewardship Council (MSC) and the Aquaculture Stewardship Council (ASC).

MICHELIN-listed integrated resort Marina Bay Sands in Singapore, which houses two-MICHELIN-starred Waku Ghin and one-MICHELIN-starred CUT By Wolfgang Puck, uses more than 90 types of seafood from sources that are approved by the MSC and ASC. In Paris, one MICHELIN-starred Auguste is known for championing sustainable fishing and consumption of seafood products. Its chef, Gaël Orieux, has also come up with a list of sustainable seafood that chefs can refer to.

Say No to Straws

The next time you quench your thirst, remember to ditch the plastic straw altogether or opt for a reusable one that is made with stainless steel, bamboo or silicone. According to National Geographic, it is estimated that some 500 million straws are used every day, and many flow into the ocean and pollute beaches around the world. 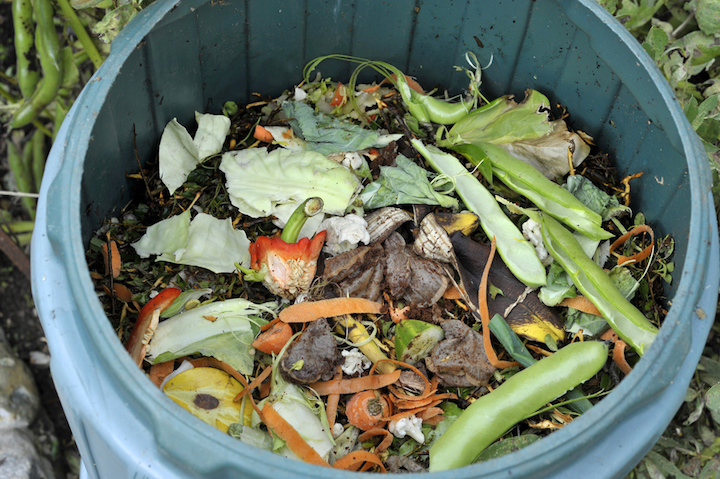 According to the Food and Agriculture Organization of the United Nations, an estimated one-third of all food produced around the world is either lost or goes to waste. An environmentally-friendly way to grapple with food waste is ensuring that food such as bread, soy bean and grains go through an anaerobic digestion process and gets converted into compost or fertilizers for landscaping purposes, and non-potable water for general washing and cleaning. MICHELIN-listed hotel Grand Hyatt Singapore, which runs the MICHELIN Plate buffet restaurant Mezza9, recycles food waste such as vegetables, poultry, bones, egg shell, tissue paper and fruit peel from its in-house restaurants and kitchens by converting it into organic fertilizer, which is used for landscaping purposes.

Cut Down on Plastics

Plastic makes up to 80% of marine litter, which is concentrated in coastal areas and reef environments. According to figures from the United Nations, more than 11.1 billion items of plastic are thought to be in the Asia-Pacific region alone, and is expected to increase to 15.7 billion by 2025. The average time a person uses a plastic bag is just 12 minutes before it is discarded, but the material takes more than 500 years to degrade in landfills.

At one-MICHELIN-starred restaurant Credo in Norway, plastic packaging like bags and cling wrap are not used in the kitchen, while chef Richard Ekkebus of the revamped two-MICHELIN-starred Amber in Hong Kong has decided to minimize the use of plastic squeeze bottles. 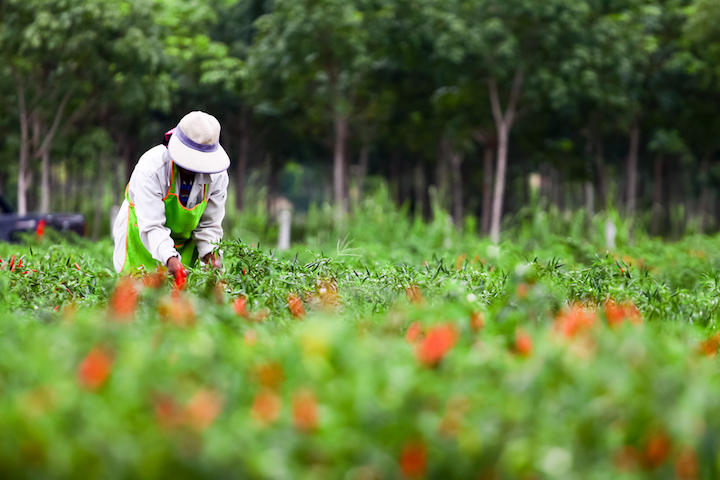 Organic farming methods have a less detrimental impact on the environment. For organic-certified farms that are approved by the United States Department of Agriculture, the produce has to be cultivated using natural pest-control methods such as eggshells and crop rotation, and synthetic fertilizers and genetically-modified organisms and products cannot be used. According to a study funded by the British Department for Environment, Food and Rural Affairs, growing organic crops uses 35% less energy per unit of production, while organic dairy farm production consumes 74% less energy than regular ones.

One of the more direct ways of eating sustainably is to practice mindful eating. Focusing on what you’re eating allows you to reflect on where your food came from and its health benefits. By paying closer attention to your hunger signals, you may learn that you don’t need as much food as you thought, and resize your meals accordingly. By paying more attention to how we eat, we can alter our food consumption and reduce food waste, as well as become motivated to learn about sustainable food sources.
Advertisement
Advertisement