The dining room of Spago atop the Marina Bay Sands in Singapore is awash with late afternoon sun, and sitting across from the camera is 69-year-old chef Wolfgang Puck, bright-eyed and animated, not at all looking like a man who’s been making press appearances since six in the morning.

“I don’t think I’m ever going to retire,” he says emphatically. “As a matter of fact, I do more now, more than ever.”

In the video below, he talks about the ups and downs of his colorful career and standing firm through adversity. 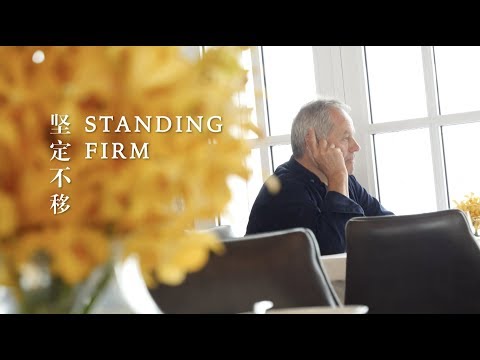 The chef and savvy businessman helms an empire of food-related businesses around the world under The Wolfgang Puck Companies, which encompasses more than 20 fine-dining restaurants, premium catering services and a whole slew of food merchandise. Last year, he went back to school, enrolling in Harvard Business School’s prestigious Owner/President Management program. “I must have been the oldest student there, but I am going to become an alumnus of Harvard Business School,” he chuckles.

Puck’s can-do attitude has seen him through the course of his 55-year career, sustaining him through difficult times at the beginning and the inevitable disappointments along the way.

He continues: “If you lose once, it doesn’t mean you are a loser. You can have many successes, but when you fail you have to learn from your mistakes and move on from it.”

In the true spirit of entrepreneurship and constant reinvention, the chef has big plans in the pipeline for more new restaurants globally, one of which is a new outlet of CUT in Washington, D.C., slated to open by the end of the year. “It’s going to be a new version of CUT with a different style. We plan to have a U-shaped bar in the middle with a view of the open fire. The menu will have a bigger sharing component, almost like Chinese-style communal dining.”
Advertisement
Advertisement